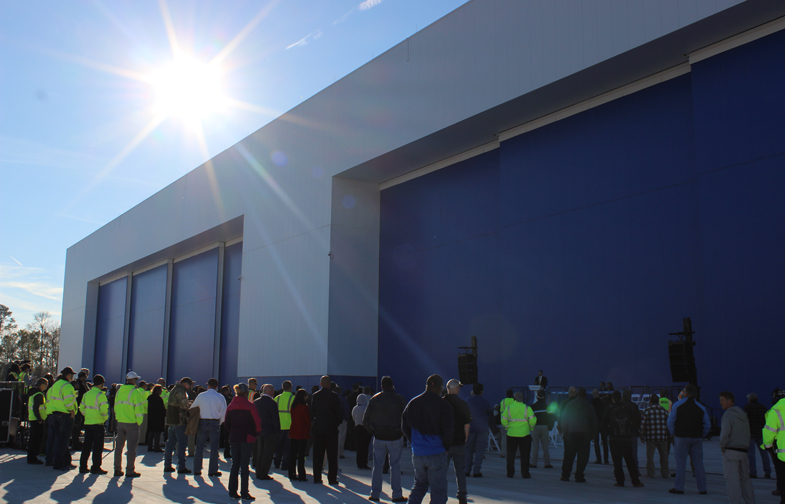 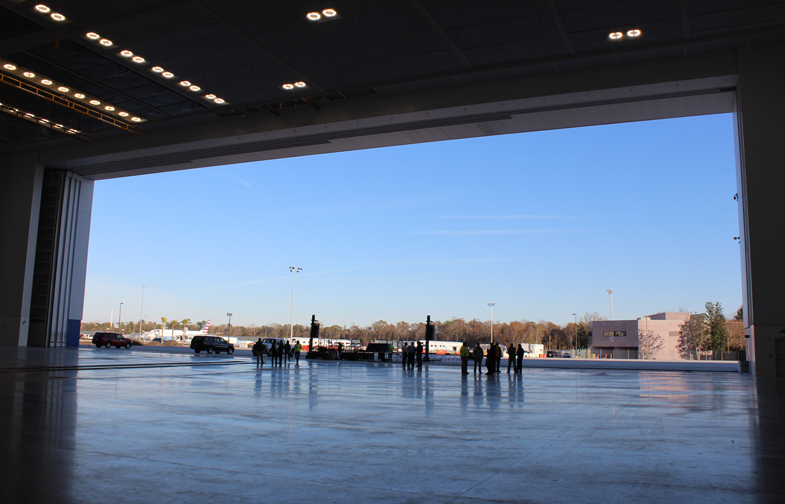 Dreamliner jets will roll into the paint hangar through the giant doors, which slide open. (Photo/Emily Matesi) 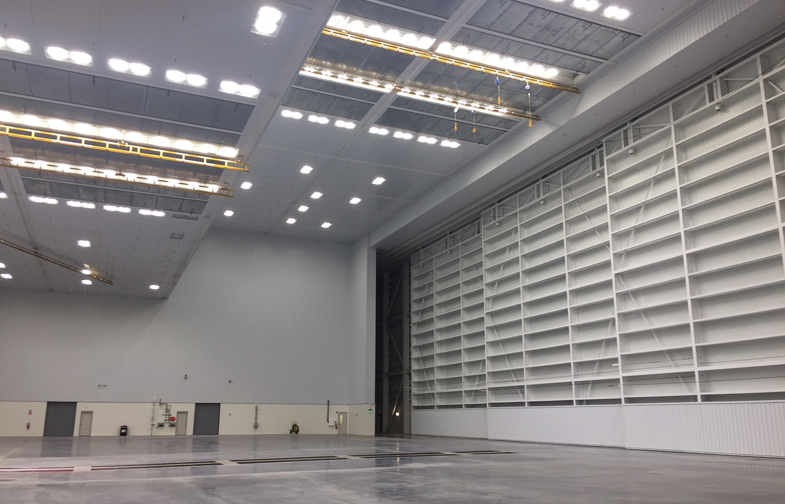 The paint bays are designed to be temperature-controlled to create optimal painting settings. (Photo/Liz Segrist) 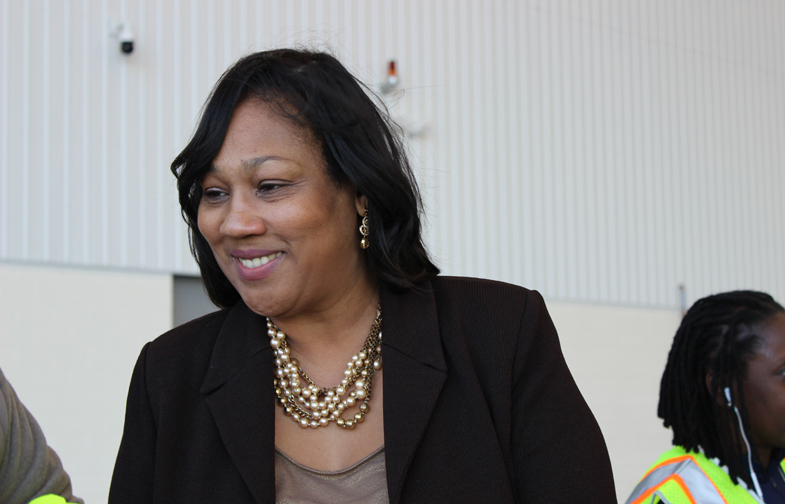 The entire Dreamliner production process can now occur at Boeing South Carolina’s North Charleston campus with the opening of a new paint hangar.

The 360,000-square-foot facility has two paint bays, which are large enough to each hold a 787-10 Dreamliner, the largest 787 derivative. The facility is nine stories tall and equivalent to two football fields long. Skanska led the two-year construction of the project.

Its opening marks a huge milestone for Boeing’s North Charleston operations since Dreamliners no longer have to be flown off-site to suppliers around the country for painting.

Bringing painting capabilities on site saves several days in the production schedule and a huge amount of money, officials said, declining to give specifics. The paint facility also gives Boeing more control over the painting process and allows for more time to try creative designs or fix a mistake, said Joan Robinson-Berry, general manager and vice president of Boeing S.C.

“We are a one-stop shop now, from beginning to end. ... We can really manage quality and customer satisfaction from the onset all the way through the process,” Robinson-Berry said during the opening ceremony on Thursday.

Dreamliners will now roll out of the final assembly building into the paint hangar and back out to the flight line, where customers will take delivery of the jets.

Michelle Bernson, senior director of pre-flight, paint and delivery, said workers have been practicing on barrel sections of airplanes in preparation for painting the first Dreamliner in its entirety in January. Boeing declined to share which customer will receive the first jet painted in North Charleston.

The paint hangar sits alongside International Boulevard. Its massive, dark blue doors roll back to reveal two, stark white painting bays on either side of the facility. Inside, brightly shining LED lights will highlight jets’ surfaces for painters.

Around 100 workers will paint jets in three shifts. The entire facility is designed to be energy-efficient and create the best combination of light and temperature to paint a plane with no imperfections, Bernson said.

Painting can take anywhere from one week to two, depending on the intricacies of the planes’ custom liveries. Each plane takes an estimated 80 gallons to paint, although this can vary greatly.

Robinson-Berry said that the facility has the capacity to paint other jets beyond the 787 in the future but noted that no specific plans have been vetted to do so.

The Dreamliner campus currently produces aft- and midbody parts for all 787s and shares assembly of the 787-8 and 787-9 with Everett, Wash. The 787-10 is exclusively made in North Charleston.

All planes produced in North Charleston will be painted on-site, officials said.