South Carolina Sen. Lindsey Graham made his stance on Lockheed Martin and its T-50A fighter trainer aircraft very clear during an event at Lockheed Martin’s Greenville Operations this week.

“President Trump, this is a damn good deal,” Graham told nearly 100 in attendance for the T-50A showcase — including South Korea’s ambassador to the United States, Ahn Ho-young. “Buy these planes.” 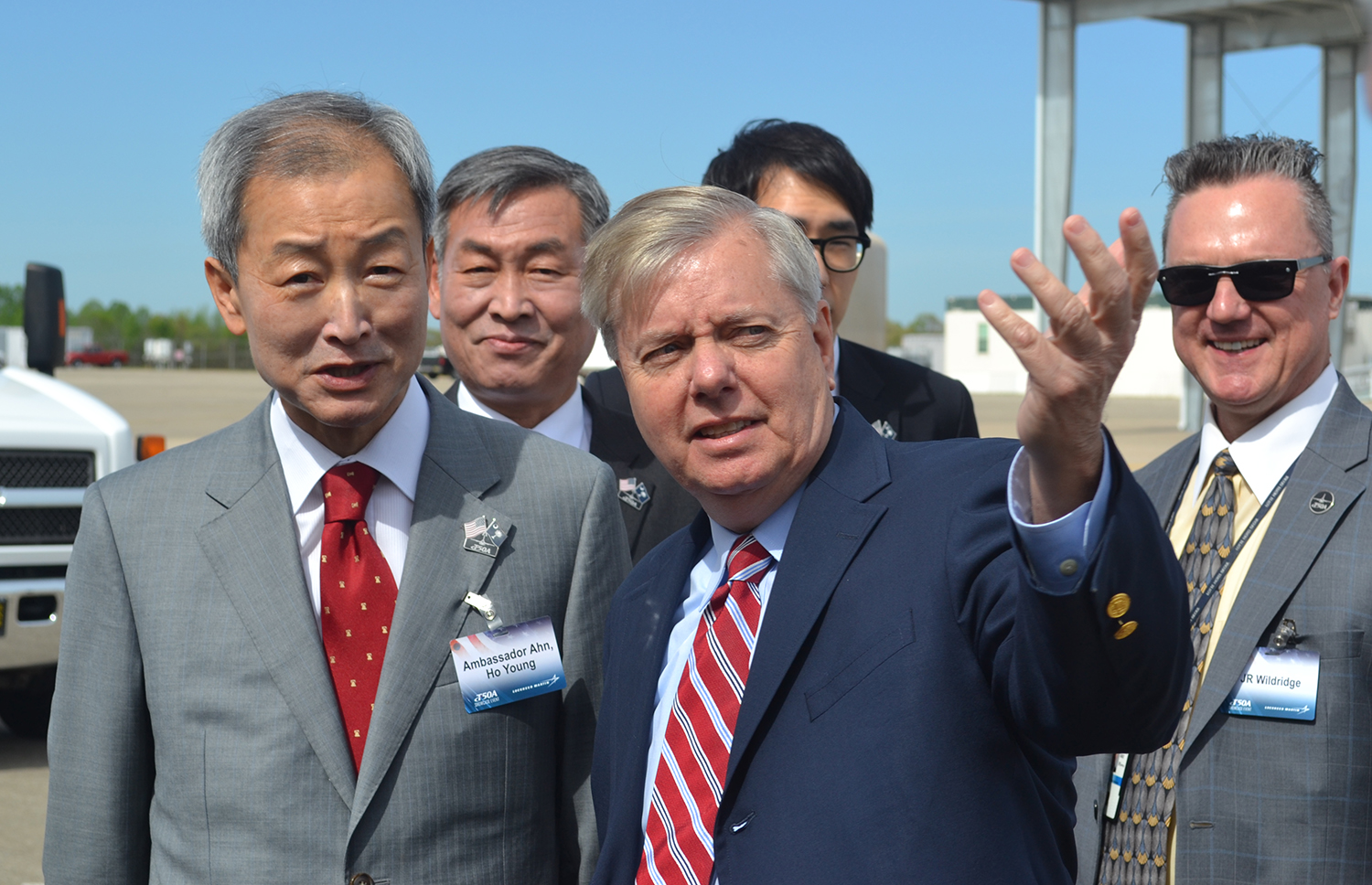 The T-50A, a joint venture between Lockheed Martin and Korea Aerospace Industries, is one of four aircraft vying for the U.S. Air Force’s Advanced Pilot Training program contract worth between $11 billion and $16 billion.

Last year, Lockheed Martin announced its Greenville Operations facility at the S.C. Technology and Aviation Center would serve as the site for the T-50A’s final assembly and checkout. Winning the contract would mean as many as 250 new jobs for the Greenville facility.

Graham said it was time for the Air Force to replace the aging T-38 trainer, an aircraft in operation for nearly 50 years. But, the replacement hinged on an aggressive spending plan from the Trump administration that calls for an increase in defense spending to the tune of nearly $54 billion. 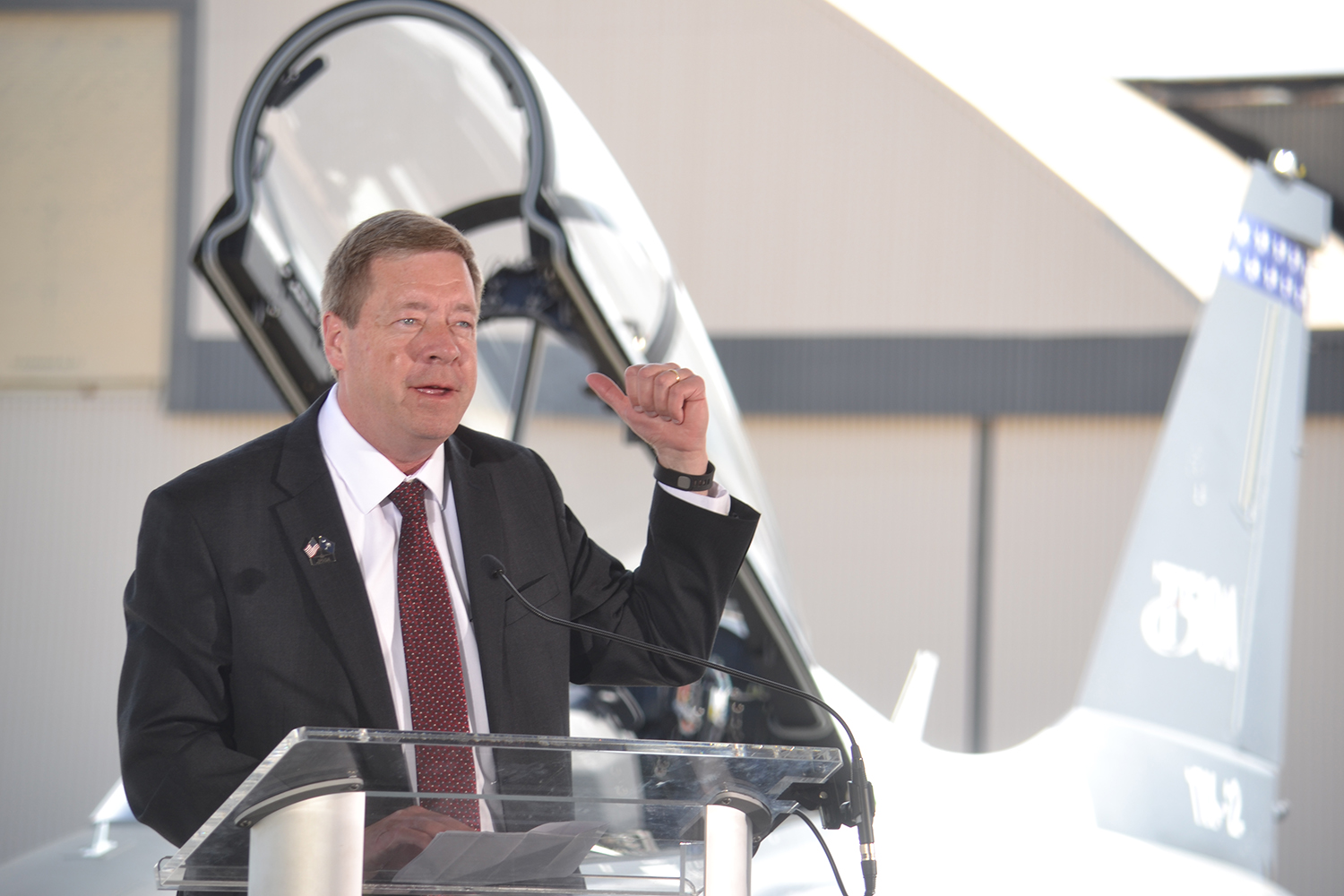 “We are on track to have the smallest Air Force in recent memory, smallest Navy since the 1950s and the smallest Army since 1948,” Graham said. “We are going to have a fight in Congress, but this is a fight we will win.”

Both Martin and Graham touted the partnership between Lockheed Martin and Sacheon, South Korea-based Korea Aerospace International was another reason for the Trump administration and the Air Force to “strongly consider” the T-50A for the next pilot trainer.

“For us to be working with South Korea, it is a great opportunity to show just how strong we are here in South Carolina,” Wilson said.

According to a Bloomberg Government report, the competitors for the APT contract are a clean-sheet, or new, design from the team of Boeing Co. and Sweden-based Saab AB; a clean-sheet design from the team of Sierra Nevada Corp. and Turkish Aerospace and the Javelin Mk-30 from Minnesota-based Stavatti Aerospace Ltd. Two other teams — Raytheon/Leonardo SpA and Northrup Grumman Corp./BAE Systems/L-3 Communications — dropped out of the competition shortly after the Air Force released its official request for proposal on Dec. 30. 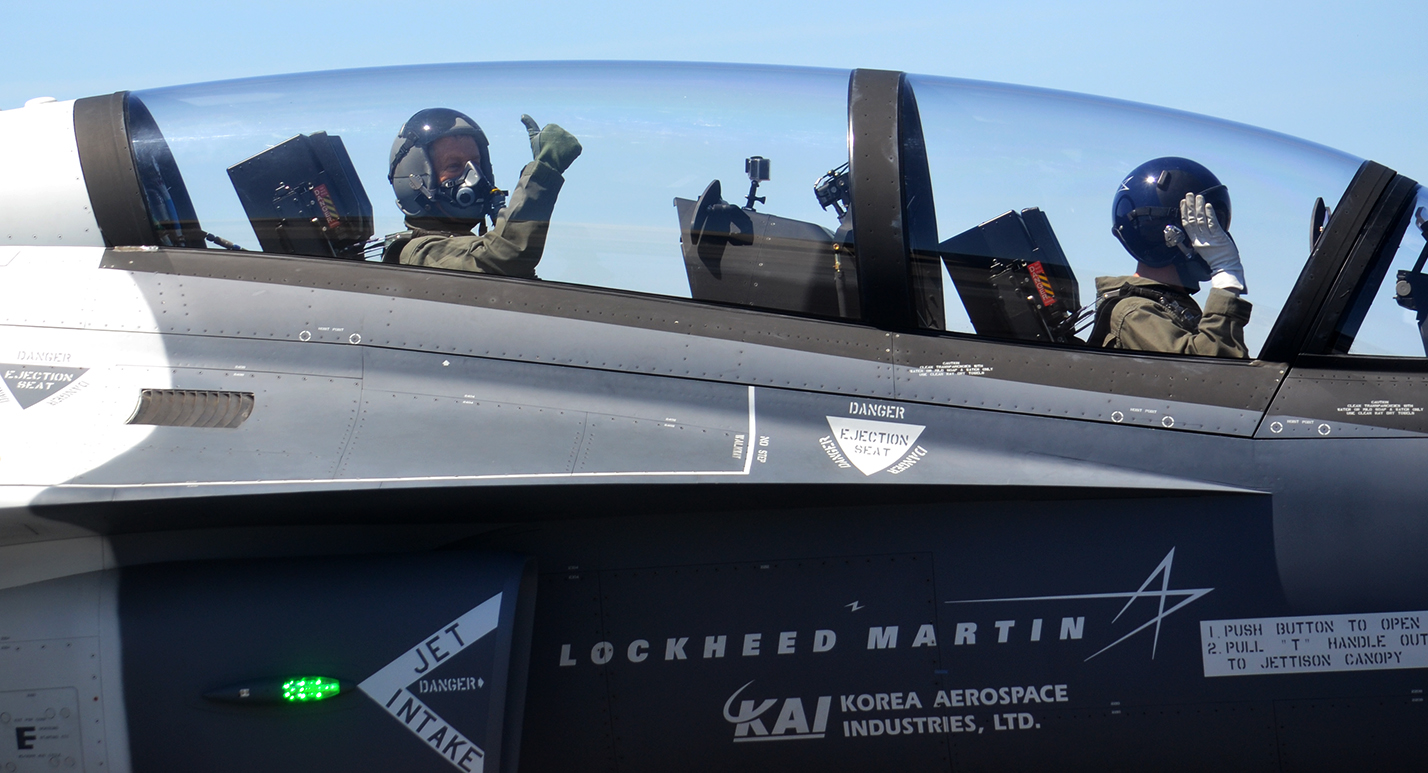 The report suggested that, if cost is the biggest factor in the contract, the T-50A could have the advantage as the aircraft's older iteration, the T-50, is already in use with South Korea, Indonesia, the Philippines and Iraq.

Lockheed Martin officials said they submitted the T-50A to the Air Force on March 30 and continued to suggest the fact that the aircraft was already in the air made it the best candidate to replace the T-38. 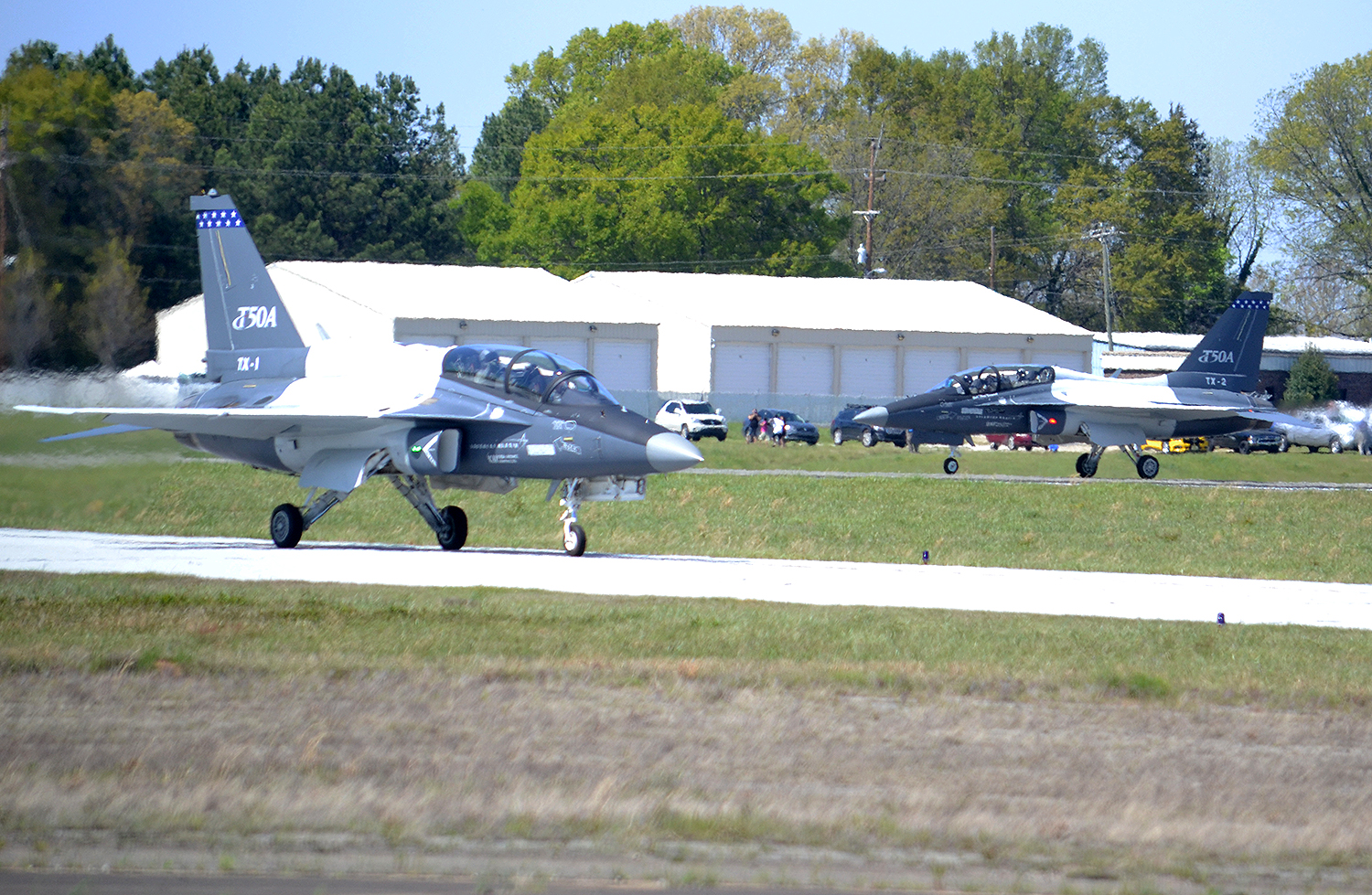 The request from the Air Force includes a ground-based training system as well as the actual jet — initial estimates are for 350 trainers for the Air Force with the potential for international orders following with congressional and White House approval.

Carvalho said the two T-50A aircraft already assembled and based at SC-TAC, have over 100 hours of flight time between them.

“Quite frankly, our competitors just don’t have those numbers,” Carvalho said. “We are ready now to bring high tech, advanced manufacturing jobs to South Carolina.”

Competitors will submit their flight data to the Air Force at the end of June when the evaluation process will begin. Lockheed officials said they are hopeful a decision on the contract will be made by the end of 2017.

VIDEO: The T-50A taxis to the runway with Sen. Lindsey Graham giving a thumbs-up.

VIDEO: The two T-50A aircraft make a pass over the airfield at SC-TAC