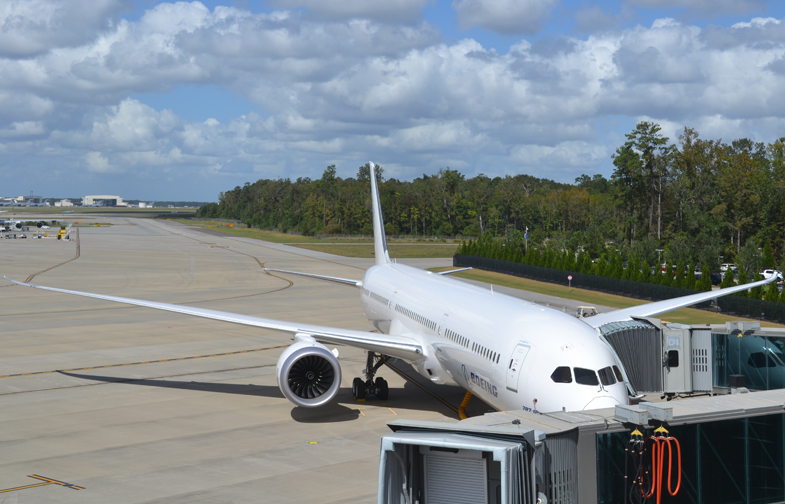 Click arrows to advance slideshow. Production and testing on the newest and largest Dreamliner — the 787-10 — progresses at Boeing South Carolina. (Photo/Liz Segrist) 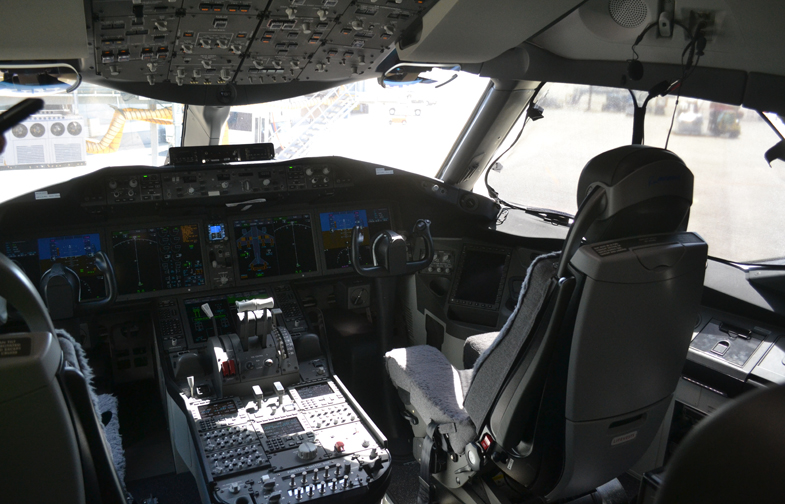 The view from inside the 787-10 Dreamliner cockpit. Testing of the jet is ongoing ahead of customer deliveries in 2018. (Photo/Liz Segrist) 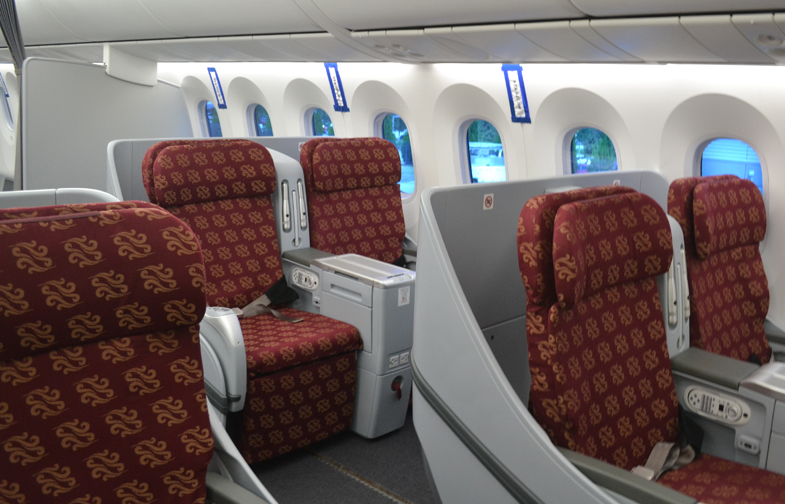 The third 787-10 produced in North Charleston has some temporary seats inside. The jet will be fully outfitted for an airline customer after testing wraps up. (Photo/Liz Segrist) 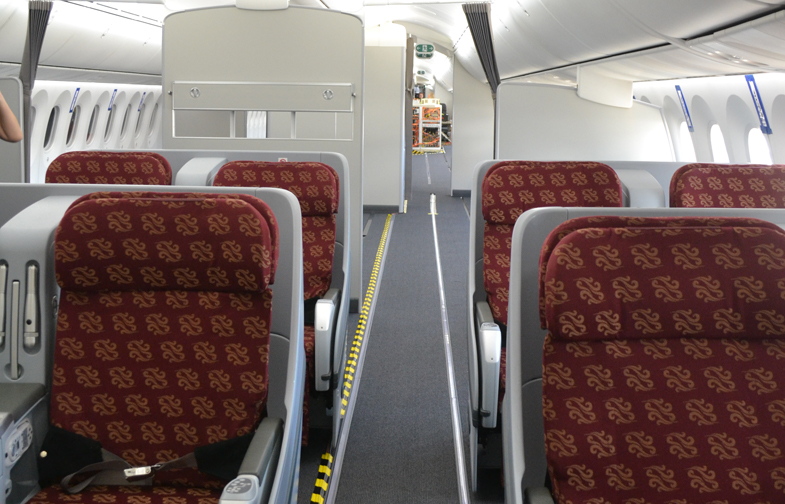 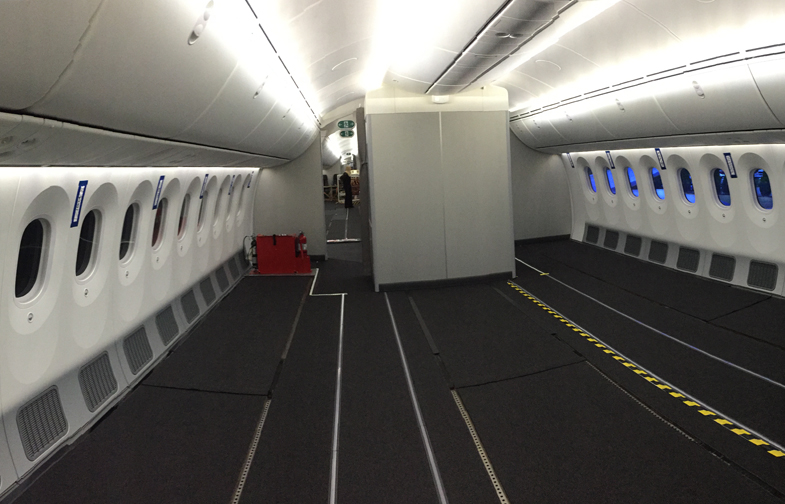 Dreamliners have large windows with dimming options for travelers, rather than the traditional window shade found on most commercial jets today. (Photo/Liz Segrist) 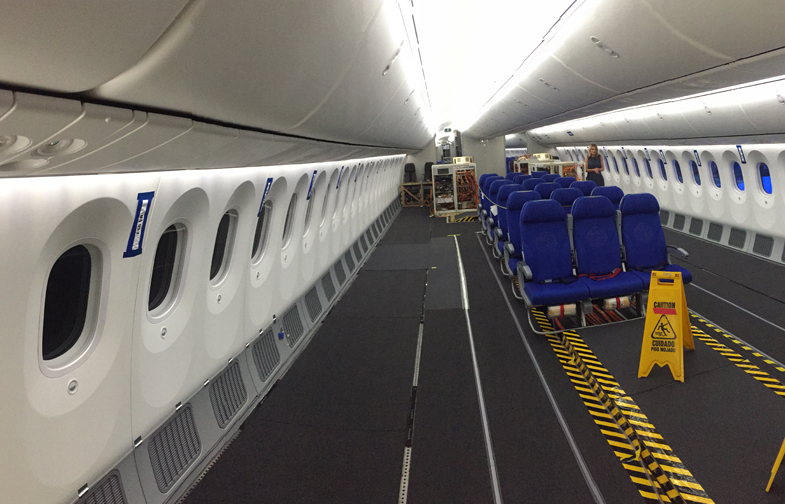 The difference in length was evident during a media tour aboard the plane Thursday. From the entrance near the cockpit, the midbody stretched on, and the back of the plane was not visible from the front.

The twin-aisle jet sat mostly empty on a runway outside of Boeing, awaiting a future customer to determine seat configurations. Some seating and test equipment were inside the plane for ongoing flight testing.

Now, when flight tests are complete, Boeing S.C. crews will remove the testing equipment and refurbish the jets for customers, Bernson said.

The North Charleston facilities have produced three 787-10 airplanes thus far, with a fourth now making its way to the flight line. The initial three airplanes will eventually go to customers, but for now, Boeing will use them for flight tests and performance checks.

The airplanes will undergo months of flights test in the Lowcountry and at Boeing’s test center in Seattle ahead of customer deliveries in 2018. Several flight tests are already occurring each week in the Lowcountry.

Boeing expects to deliver its first 787-10 to a customer, Singapore Airlines, in the first half of 2018. Boeing has 177 orders for the dash-10 from at least 11 customers worldwide.

Boeing officials said the similarities helped ease the integration of the 787-10 into the build and final assembly processes, particularly compared with the initial launches of the 787-8 and 787-9, which had numerous production challenges.

David Carbon, Boeing S.C.’s vice president of 787 operations, said the 787-10 build has been the smoothest production transition yet for the S.C. site.

“This has been as good as it gets, honestly,” Carbon said. “The fact that it’s common (with the 787-9) makes a huge difference, and that fact that we’ve got it on the same flight line really helps.”

Final assembly on 787-10s began late last year, and the inaugural rollout was in February, with President Donald Trump in attendance. The first flight was in April.

Carbon said the 6-year-old Boeing S.C. site now focuses on completing 787-10 flight tests ahead of the plane’s official launch and preparing for the next production rate increase.

The 787 facilities in Everett and North Charleston will produce 14 Dreamliners per month by 2019, up from the current rate of 12, Boeing CEO Dennis Muilenburg said recently.

Now that Dreamliner production is evenly split between the locations, each final assembly facility should roll out seven planes per month when the rate increase occurs.