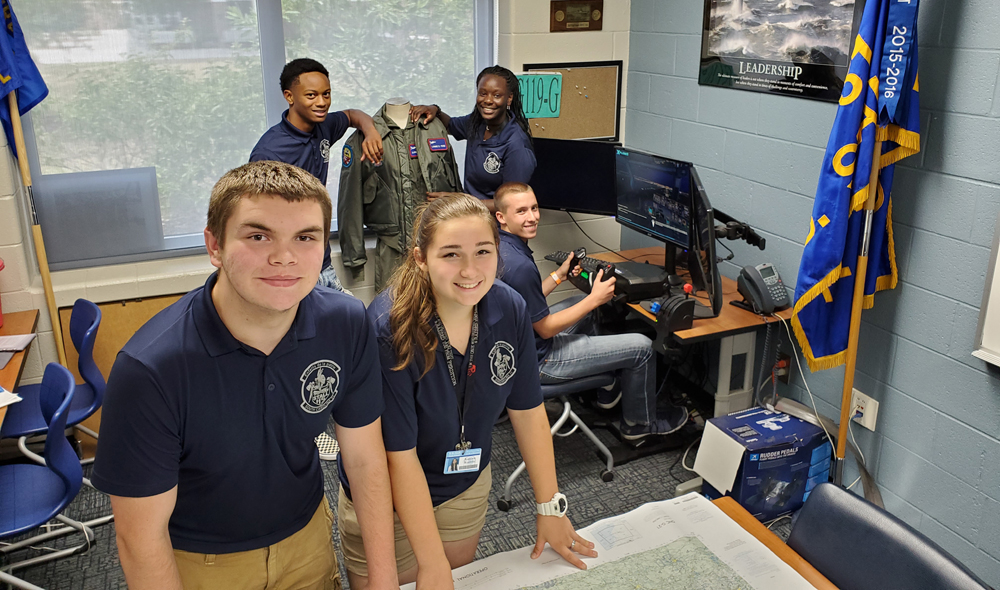 The Air Force and Charleston County School District are partnering on a summer aviation program meant to build character, discipline and get students involved in STEM careers.

Charleston County School District said the goal behind the intensive, three-week character development and flight training program is to instill the positive character traits required for a career in science, technology, engineering and mathematics, which could translate into a career in aviation or the military.

Sophomores Keivon Holmes, Hunter Kirby and Kaycee Koontz and juniors Antonia Kelly-Caswell and Andrew Whitney were selected for the program. Each student will receive training and flight instruction. Organizers said the goal will be for the students to fly solo by the end of the course.

Koontz is training at Charleston Executive Airport on Johns Island, and other students are training in different parts of the country. Kelly is training in Memphis, Tenn., and Holmes and Whitney will be in Tuskegee, Ala., later this month. Kirby will train in San Marcos, Texas, in July.

“I am very grateful the opportunity to fly through the ACE program,” Kirby said in a news release. “It gives me a chance to pursue my dream of a career in aviation.”