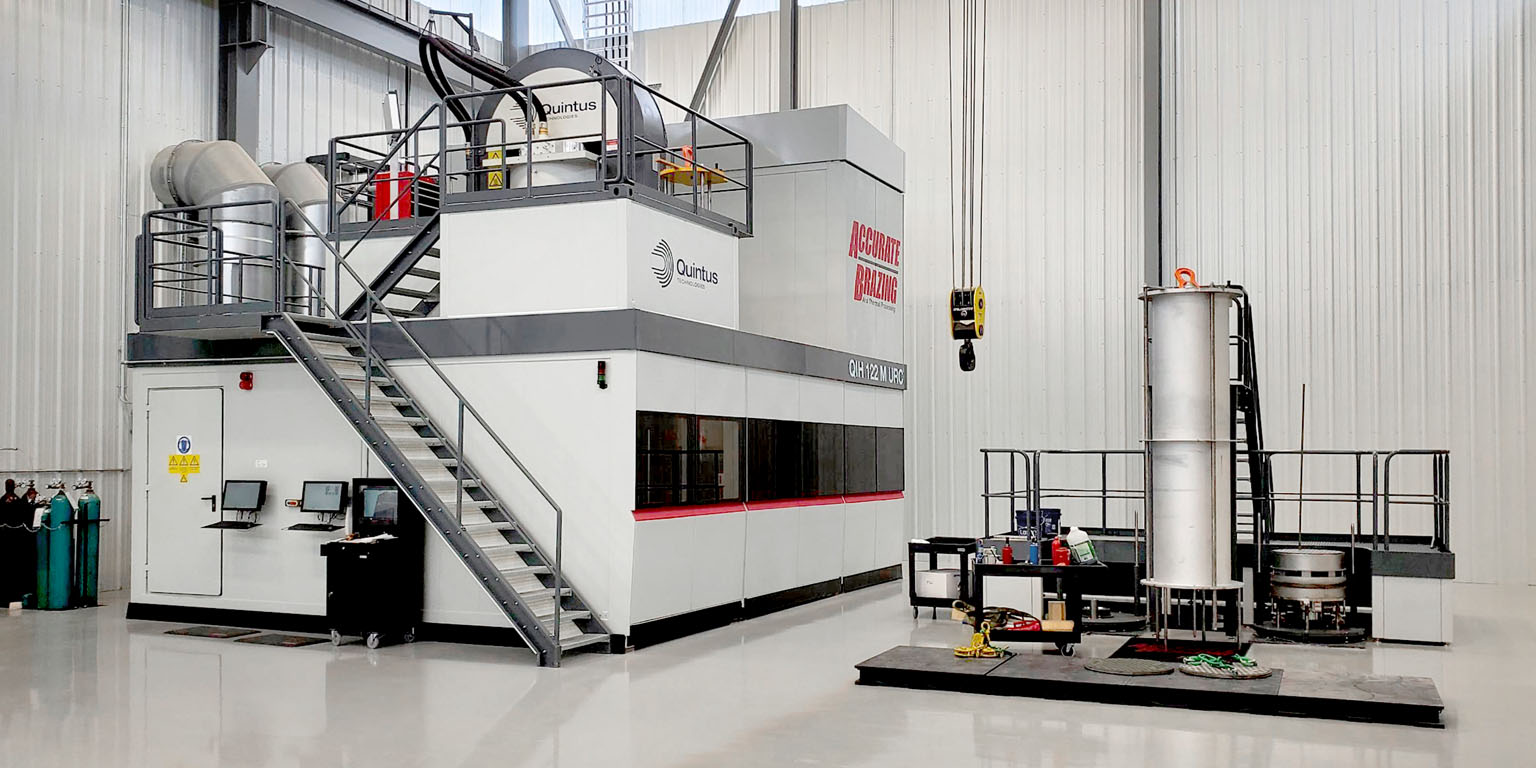 Just more than a year after a $13 million expansion of its Garlington Road facility, Greenville’s Accurate Brazing is doubling its capacity to serve the aerospace and medical industries.

Last year’s upgrade included the installation of a hot isostatic press — the only exclusively commercial press in the Southeast according to Brent Davis, vice president of Accurate Brazing — and the addition of eight jobs, according to a Commerce Department news release. February will bring the region’s second hot isostatic press with an additional $5 million investment from Accurate Brazing.

Davis said the company already has hired a general labor and maintenance technician, production manager and quality control engineers and expects to double capacity and hire three others. The company is on the lookout for shift supervisors and general labor.

“We’re getting more diversified,” he said, adding that the addition of the first press was a game changer for the business. “This is bringing work in from a little bit more outside of the Greenville market. We’re bringing in work from the west coast to Canada, to the far upper east coast and the north coast if you want to look at the rust belt regions. So it’s bringing work that we wouldn’t have been able to reach into. We’re also bringing work in from Europe.”

A hot isostatic press uses high temperatures and the pressure of a gas, often argon, to compact certain metals and reduce air bubbles that may have formed in the material.

The model QIH 122 M URC presses can heat up to 2,552 degrees Fahrenheit with a maximum pressure of 30,000 psi. They also include a Quintus proprietary uniform rapid cooling feature called “high pressure heat treatment” that streamlines the steps involved in material densification and allows all process components to cool uniformly, according to the news release.

“The Quintus technology allows us to shorten lead times, improve product metallurgy and eliminate some additional operations, which is very attractive to our customers,” Steven Francis, president of Accurate Brazing, said in the release. 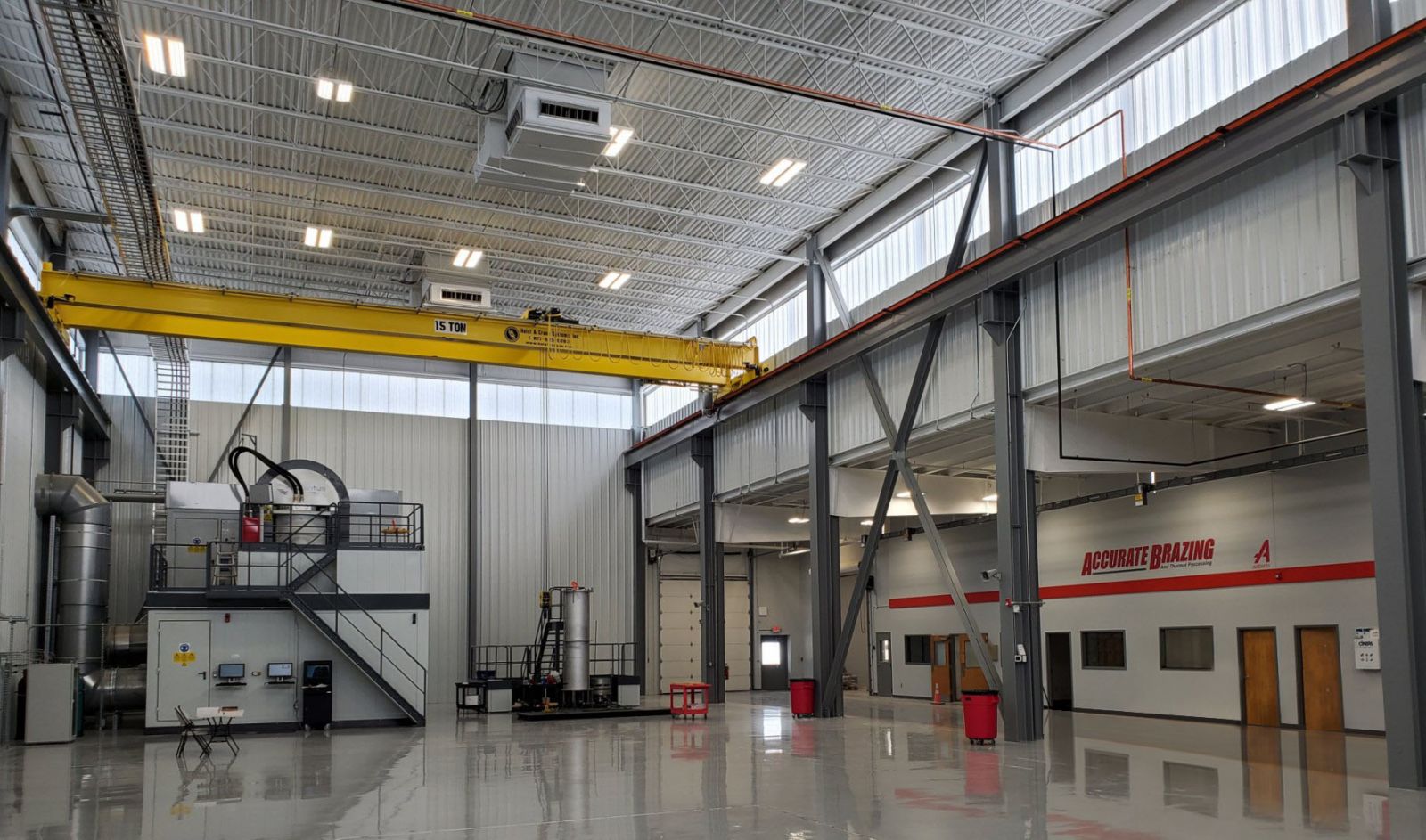 The company, a subsidiary branch of Aalberts N.V., heat treats stainless steel, super alloys, copper and refractory materials for the commercial and defense aircraft, aerospace, ground turbine, power generation and medical additive manufacturing markets. The company also has a facility on Pelham Road and a presence in Connecticut and New Hampshire.

“Based on overwhelming feedback from the marketplace, we are pleased to be moving forward with our second hot isostatic press from Quintus Technologies,” Francis said in the release.

Additions to the Garlington Road facility, built to house up to three hot isostatic presses, were launched after almost two years of research and due diligence on the market and how their Greenville location would give them an edge over others in the field.

“The Southeast was our key to getting into this type of processing,” Davis said, adding that so far, their services have been very well received.

The decision to invest in the press was made well before the start of the COVID-19 pandemic, which has put a damper on the business of some clients, but he is confident that it will give Accurate Brazing a head start once the economy recovers.

“We know that this is still going to be short-term versus a long-term hole that we’re in, so when the economy does turn around, and it will turn around with aerospace and some of the manufacturing … if it starts trickling back in, we’re prepared with the capacity and the training of the employees for when it does come full circle,” Davis said.