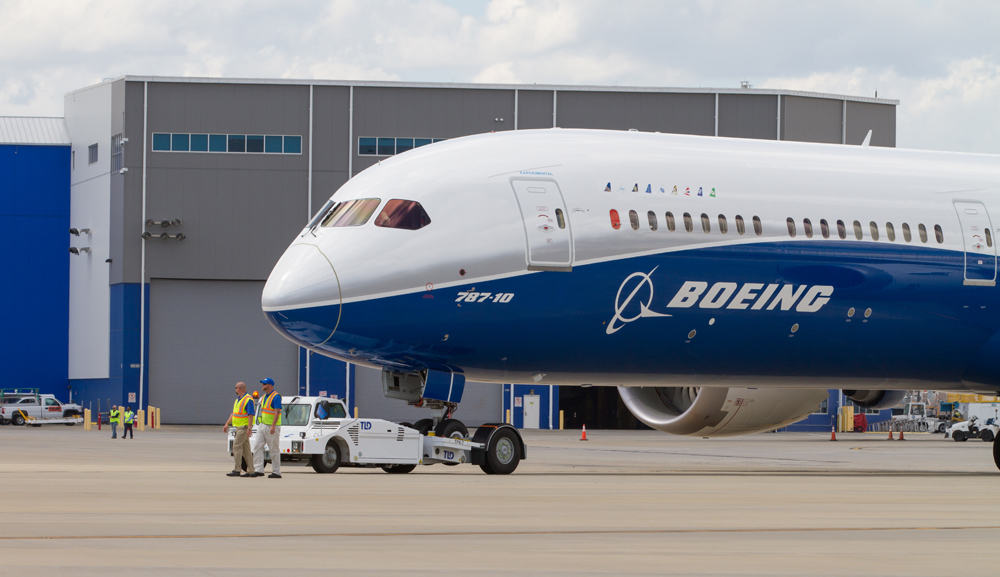 The already sluggish delivery of Boeing’s 787 Dreamliner jets has taken another hit with a manufacturing flaw announced late Monday by the Federal Aviation Administration.

The issue, gaps where the parts of the fuselage converge near the nose of some undelivered jets, will require reworking and additional inspection expected to cut Dreamliner deliveries from the aerospace giant’s North Charleston plant by more than half this year, Boeing said today. Three models of Dreamliner, the 787-8, -9 and -10, are produced at the company's North Charleston campus, which also includes a paint shop and delivery center.

Company representatives said that Boeing will reallocate production resources for a few weeks to support the rework and inspection, slowing 787 production to less than five jets per month for an unspecified length of time.

The company said the return to previous production rates will be gradual.

“We continue the work to deliver on our commitments to our commercial, defense, space and services customers, while positioning our business for a stable and strong recovery from the pandemic,” the company said in a statement today. “In the second quarter, we made progress in safely returning the 737 MAX to service in more international markets and increasing the pace of 737 deliveries.”

The company delivered 12 Dreamliner passenger jets in the second quarter of 2021 and 14 since the beginning of 2021 following a five-month hiatus on deliveries.

The five-month pause ended in March, with the company delivering nine in April, two in May and one in June to the Air Lease Corp., All Nippon Airways Co., American Airlines, Atlantis Aviation Corp., Japan Airlines, Turkish Airlines, United Airlines and Uzbekistan Airways.

More than 420 Dreamliner jets are currently on backlog, according to company data. Germany’s Lufthansa and an unidentified customer purchased nine this year in the latest order.

Current Boeing 787 customers reached for comment did not reply before the story’s posting on whether the manufacturing flaw will impact operating jets or current operations.

“We will continue to take the necessary time to ensure Boeing airplanes meet the highest quality prior to delivery,” Boeing said in the today’s announcement. “Across the enterprise, our teams remain focused on safety and integrity as we drive stability, first-time quality and productivity in our operations.”