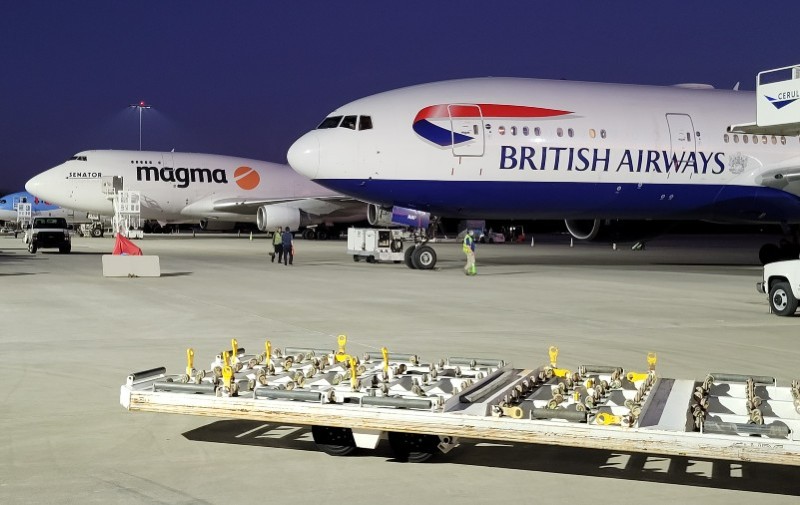 Some blame it on protests against mandatory vaccination requirements. Others on existing staff shortages as season traffic picks up. Or maybe it’s bad weather. Whatever the reason, American Airlines’ flight schedules across the country have been beset with thousands of cancellations over the past few weeks.

At the Greenville-Spartanburg International Airport, the prognosis is no different, according to spokesperson Michelle Newman. Still, during the last week of October and the first week of November, airport operations remained fairly steady, she said.

In fact, in a post-2020 world, better than steady. Year-over-year, the airport is seeing 80% of its passenger traffic in 2019 with ever-increasing numbers.

“We are expecting a very strong holiday travel season,” she said in an email. “That, coupled with wintry weather, could lead to flight changes, so we encourage passengers to stay in close contact with their airlines, either by checking itineraries online or downloading the airlines’ app.”

Between Oct. 29 and Nov. 3, American Airlines saw eight cancellations across all carriers, according to Newman.

In preparation for a resurgence of additional international travelers to the U.S. today, according to trade publication One Mile at a Time, American Airlines will offer flight attendants up to 150% pay for working Nov. 23 through Nov. 29. or Dec. 22 to Jan. 2. Those with no absences between Nov. 15 and Jan. 2 will receive a 300% increase in pay for that period.

Starting today, the U.S. will allow fully vaccinated non-U.S. citizen travelers from 30 countries to land on American soil, according to the U.S. State Department. The only non-vaccinated, non-citizens travelers allowed include children under 18, emergency travelers without timely access to a vaccine and people with a medical or humanitarian exemption.