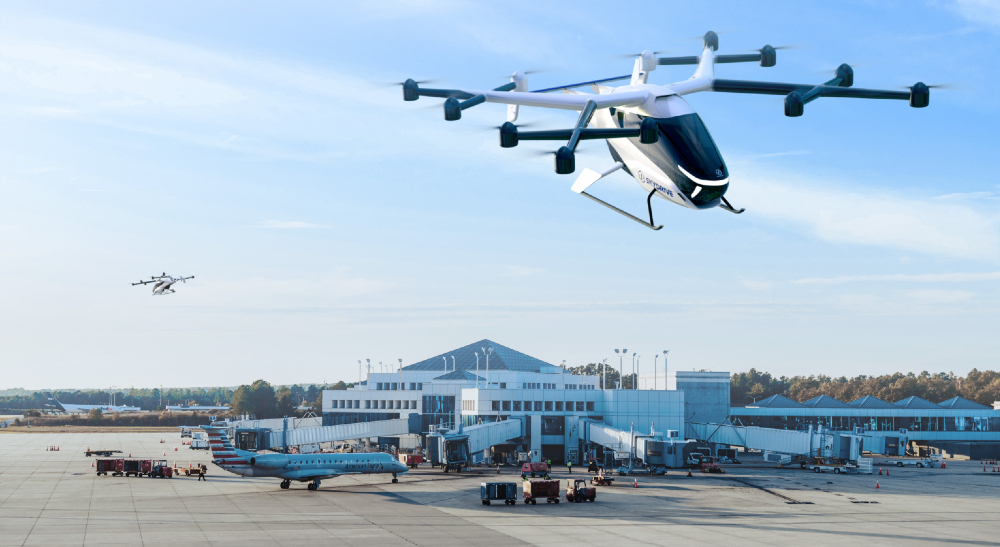 SkyDrive Inc., a Japanese electric vertical take-off and landing aircraft manufacturer headquartered in Toyota, Japan, has plans to enter the U.S. market and the establishment of its home base in South Carolina, according to a Skydrive news release.

SkyDrive, which is developing a commercial “flying car,” has outlined its plan to develop an advanced air mobility ecosystem in South Carolina while focusing on building a variety of practical use cases originating from two of its key airports in cooperation with local and state government agencies, the release stated.

The company, which made the announcement Wednesday at the 2023 annual VFS eVTOL Symposium in Mesa, Arizona, has plans to open an office in Beaufort County.

SkyDrive was first invited to South Carolina in July 2022 by the Beaufort County Economic Development Corp., according to the release. With the BCEDC’s support, it has been exploring market opportunities within the state and building a network of key stakeholders.

SkyDrive’s focus has been on working with South Carolina to study practical use cases originating from several of its major airports utilizing the Japanese manufacturer’s eVTOL aircraft, the SD-052, the release stated.

“The decision to make South Carolina our home base and our window into the U.S. market was an easy one considering that it is a significant player in both the commercial and military aviation industries, and it is home to more than 400 aerospace and aviation companies including Boeing and Lockheed Martin. I sincerely believe that the vast number of resources available in South Carolina will provide SkyDrive with a substantial platform that enables us to achieve our goals,” said Tomohiro Fukuzawa SkyDrive’s founder and CEO, in the release.

As a result of this business development activity and the support of local and state government, SkyDrive has decided to form a business infrastructure within the state and to work with South Carolina in realizing an advanced air mobility ecosystem which will bring the state to the forefront in its ability to support the commercial operations of eVTOL aircraft, the release stated.

“CAE is very excited about the new possibilities being created in the environmentally friendly advanced air mobility industry and its potential to make a positive impact on our local community and beyond,” said Frank Murray, Director of Planning & Facilities at Columbia Metropolitan Airport. “CAE is making a concerted effort to contribute to this development by teaming with SkyDrive to model an FAA compliant advanced air mobility ecosystem with infrastructure requirements based on use cases for flights originating from our airport.  CAE is really looking forward to working with SkyDrive and pioneering new possibilities together as we share a common vision of taking the lead in this once in a century mobility revolution.”

SkyDrive finds South Carolina an ideal location to establish its base of U.S. operations as it has a mild climate throughout the year, abundant tourism, and airports close to city centers, making it a good fit for the utilization of SkyDrive’s SD-05 eVTOL aircraft, the release stated.

“The future of advanced manufacturing, aerospace, and vehicle industries is here, and South Carolina is proud to welcome SkyDrive, an industry innovator, to our rapidly growing aerospace cluster,” South Carolina Secretary of Commerce Harry M. Lightsey III said in the release. SkyDrive’s advanced electric propulsion technology and sustainable transportation implications are the perfect fit for South Carolina’s business roster and the state’s growing business development goals. South Carolina extends a warm welcome to SkyDrive and we look forward to supporting the company on its journey to continued growth and success.”