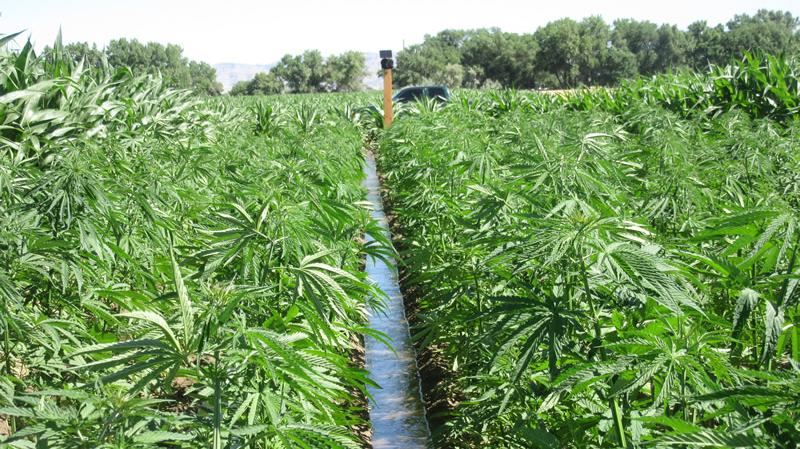 Industrial hemp could become a cash crop in South Carolina if farmers help test a limited pilot program for growing the versatile plant.

Gov. Henry McMaster recently signed a law that legalizes the crop’s cultivation in South Carolina, paving the way for an industrial hemp farming industry to emerge over time.

Hemp comes from the same plant species as marijuana but does not have the same psychoactive ingredients.

BMW, which has its U.S. manufacturing plant in Greer, has used hemp in various models for years, with the largest amount used in the BMW i3, company spokeswoman Rebecca Kiehne said in an email.

The new law outlines a pilot program to test the crop’s viability in South Carolina. The idea is to start small — with a maximum of 20 growers and 400 acres in total in the first year — and potentially expand in ensuing years.

Interested growers can apply with the S.C. Department of Agriculture. The application process should open soon, said Clint Leach, the department’s assistant commissioner.

“We will help open market channels once the crop is proven successful,” Leach said.

The law requires four-year colleges and universities to collaborate with agriculture officials to conduct research on the progress of the crops and the pilot program, as well as to work with growers. Clemson University’s Public Service and Agriculture arm expects to participate to “create a strong, research-based pilot program,” Clemson spokesman John Gough said in an email.

Legislative sponsors of the bill said industrial hemp crops create more opportunities for farmers and could spark new business in the state. Hemp growers need buyers for their products and, in some cases, processing plants.

Rep. Sylleste Davis, R-Moncks Corner, said the pilot program serves as a well-controlled trial period to determine whether hemp is a viable crop and “to see if there’s interest enough to make it economically beneficial for South Carolina.”

“I believe this gives our farmers another option, and options are always good,” said Davis, a sponsor of the law and a member of the Agriculture, Natural Resources and Environmental Affairs committee.

At least 20 states have passed laws allowing research and pilot programs, and 16 states have now legalized industrial hemp production for commercial purposes, according to the National Conference of State Legislatures.

Some of those states have made headway in the industry. This year, Kentucky’s agriculture department has approved more than 200 applications for farmers to grow hemp on around 13,000 acres — nearly triple the acreage that was approved last year.

Since Colorado’s Department of Agriculture launched its industrial hemp program in 2014, the department has seen an average 28% increase each year in the number of grower registrations. About 9,000 acres were dedicated to industrial hemp in 2016.

“Colorado was kind of ground zero for hemp cultivation on a large scale,” said John Finamore, the interim executive director of the National Hemp Association, a Denver-based advocacy organization.

He said South Carolina’s pilot program limits the scalability of farmers’ hemp crops in the initial years, but he said it is a jumping-off point.

Wesley Bryant, founder of Charleston-based Palmetto Biomass, said the law gives S.C. farmers and businesses interested in growing hemp a chance to catch up to other states.

Bryant’s company exports woody mass to European and Asian companies, which then use the wood chips for paper production or fuel to power factories in place of coal.

Bryant now wants to ship industrial hemp to customers for the same purposes. He has started talking to some farmers about generating a steady supply of hemp for overseas markets.

“This could go up to a couple million tons a year,” he said. “It has vast growth potential.”

Several of the bill’s sponsors were initially wary of legalizing industrial hemp, mostly because of the uncertainty surrounding regulations of the crop and its public associations with marijuana.

Once the sponsors understood how the crop could be used and the differences between hemp and marijuana, they saw the potential business opportunities hemp could bring to the state, said Rep. Lucas Atkinson, D-Marion.

Atkinson, a sponsor of the bill and a member of the House’s agricultural committee, said he fully supports the law for its potential to help S.C. farmers profit from the hemp crop.

“They’ve been hit hard with the floods and hurricanes we’ve had the last couple years, so if we can give them anything extra to benefit them, that is a good resource for our state,” Atkinson said. “It gives our farmers a chance.”

The law outlines a slow ramping-up of the pilot program year after year — assuming interest from the agricultural industry and success in growing and selling the crop.

“It’s going to be a learning process for our farmers in this state,” Atkinson said. “I think the first year might start off slow, but by year two or year three, you’ll start seeing a lot more growing going on.”

Rep. Wendell Gilliard, D-Charleston, said he supported the bill with the hope that some of the harvested hemp will be made into cannabidiol oil, the use of which is used to treat certain medical conditions.

Some S.C. residents have pushed for years for a law allowing the cultivation of CBD oils to help treat epilepsy, seizures and chronic pain, among other conditions.

Former Gov. Nikki Haley legalized the use of cannabidiol oil to treat severe cases of epilepsy under a doctor’s recommendation, but the law did not address industrial growing of the crop.

Gilliard said he also wants to see minority farmers benefit from the new regulation. He said he has heard from many interested growers in rural areas who are excited about the chance to grow hemp in South Carolina.

“I liken this to the Prohibition era with alcohol,” Gilliard said. “We took it out of the dark and into the light, and that was a win-win for the government, the taxpayers and the citizens.”

For the industrial hemp crop to expand year after year in South Carolina, however, Bryant said it needs a combination of interested farmers, successful crops and committed buyers.

“I’m kind of glad the state is starting out slow on this because it’s going to be a good opportunity for manufacturers to get their feet wet in it,” Bryant said.

Hemp being illegal is proof this country doesn't have a clue. Even after the president of the AMA went before Congress in 1937 to sing the benefits of hemp, but the politicians had already been swayed by the Rockefeller institute's propaganda that had inundated the country thru every possible platform. It's odd that CBDs had been shown effective against some cancers just a few yrs before

Legalization for medical purposes seems just around the corner, especially if this takes off.

Do you think this helps the push for legalizing it for medical purposes? Seems like a logical progression.

Does anyone know if you can hydroseed hemp seed? Seems like there is a lot of potential especially in textiles. John Manager @ Hydroseeding South Carolina

In reference to the July 19th comment, the SCDA has yet to roll out their pilot program. Therefore, if what you have alleged actually occurred, it would stand to reason that it was justifiable since no SC resident has a legal means of growing hemp without a permit to do so issued by SCDA...which hasn't happened yet. Let's not forget, growing Industrial Hemp without an SCDA permit makes it Marijuana, which is illegal.

Then why has a farmer/business man in Greenwood County had his crops and equipment confiscated?