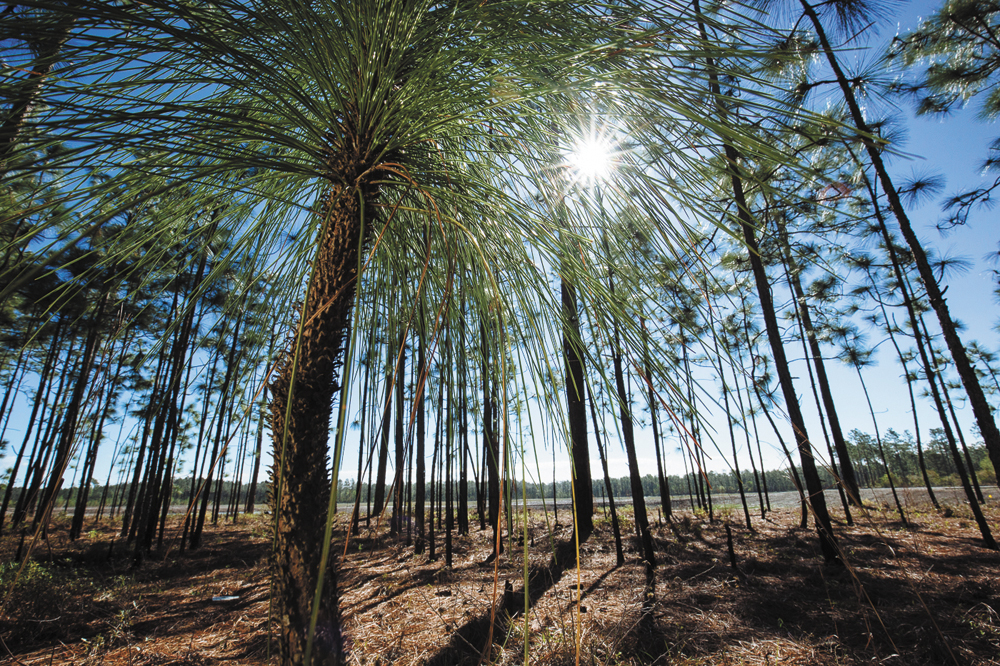 The final conservation piece is in place to permanently protect Fairlawn Plantation in north Mount Pleasant, closing the door on development there and allowing the land to be added to the Francis Marion National Forest.

A state-led rail project connecting the future Volvo Cars campus in Berkeley County to the Port of Charleston is the latest project resulting in mitigation of about 2,000 acres on the nearly 6,000-acre plantation.

The S.C. Commerce Department will protect around 1,000 acres to compensate for the planned Camp Hall rail line. The Open Space Institute, a New York-based environmental agency with operations in South Carolina, will handle that transaction, as well as protect the remaining 1,000 acres.

This is the final acquisition by the Open Space Institute for the Fairlawn project, rounding out a four-year, $17 million effort to ensure the land remains publicly accessible and permanently protected.

The site is the last large, privately owned site within the Francis Marion National Forest. The U.S. Forest Service will have long-term ownership and management of the Fairlawn land.

Open Space Institute project manager Patrick Moore said protecting the land enhances the survivability of the many species that call it home, including woodpeckers, salamanders and longleaf pines.

Boeing, Mercedes-Benz Vans, the S.C. State Ports Authority, and now the state Commerce Department all played a role in conserving the site as part of their mitigation plans.

“For 25 years, it’s been the No. 1 conservation priority of numerous state and federal agencies and conservation groups,” Moore said. “There have been numerous ideas and attempts to conserve it, and they haven’t worked out. ... This represents conservation as an economic development tool.”

Companies or the state will pay to protect the land — depending on each individual incentive package — and then an environmental agency handles the transaction and land care.

“All told, OSI, our partners and the permit applicants have protected 6,000 acres of one of the most threatened landscapes on the East Coast ... all while creating thousands of jobs associated with permits for Boeing, Mercedes, harbor deepening and the Camp Hall Rail Extension wetlands mitigation,” Moore said. “It is a win-win in the truest sense.”

Boeing made the first move to protect land in Fairlawn Plantation, and the other companies followed.

The Army Corps of Engineers, Charleston District, required Boeing to protect 4,000 acres in 2014 for its lease on 468 acres in North Charleston. Boeing has not used the land adjacent to its Dreamliner campus but has said it wanted control of it in case of future needs.

Boeing bought the Fairlawn tracts, and the Open Space Institute and The Nature Conservancy handled the transactions. The conservancy is conducting a longleaf restoration project on the Fairlawn site.

The Army Corps oversaw the regulatory side of each mitigation deal, approving the permit applications. Moore said the conservation land use agreement between the Army Corps and the U.S. Forest Service enables this type of conservation to occur swiftly.

He stressed that quickly executing mitigation deals is crucial both to score economic wins in a highly competitive race for jobs and to conserve natural assets in a growing region.

This story originally appeared in the Jan. 8, 2018, print edition of the Charleston Regional Business Journal.