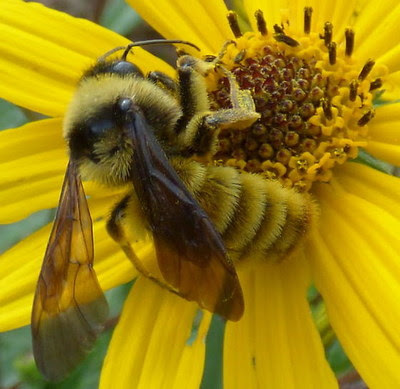 For the past few months, the brainstormer behind Abbeville’s incoming Pollinator Park, Ken Carman, has been cultivating the seed crop of what will become 20 acres of native wildflower he hopes will attract pollinators and tourists alike to Abbeville County.

While driving past empty storefronts near Calhoun Falls, he imagines that one day, his park may help fill some of those properties with startups and restaurant venues.

“What I do dwell on a lot is when I have thousands and tens of thousands, hundreds of thousands of people coming to see this attraction, then the restaurants, the grocery stores, the gas stations and all the other businesses will start to thrive,” he said. “Land and housing property value goes up.”

Carman, a professional nature photographer who currently is surveying various moth species across the state, said he noticed that Lake Russell was the predominate driver of tourism to the area but that few fishermen and boaters took time to frequent local businesses and even fewer stayed the night.

With plans for a 134-acre low-impact Eden featuring 20 acres of a pick-your-own berry farm, a nature and sky gazing center, camping and “glamping” sites and a solar device park, Carman expects the park to be a draw for overnight and frequent visitors from across the Southeast once it reaches completion near Calhoun Falls.

“You will have 20 miles of paths,” he said. “You can’t do it all in a day. Every path is different; every turn will be different. Each season is different.”

So far, he has been using the flower beds of Greenville’s Prince of Peace Catholic Church to cultivate and demo a few of the butterfly-luring species he expects to plant in the park: blackberries, leeks and turtlehead along with the later addition of muscadine grapes, strawberries, blueberries and 10 acres of sunflowers.

“That site is only a quarter of an acre, and I’m planning to plant out 15 to 20 acres, which is a whole lot more — it’s a different scale — but I’ve already worked out the details and methods for how I’m going to do that,” he said, adding that he has perfected several rapid cultivation methods over the years through what he calls “radical resourcefulness.”

After “doing the math very religiously,” he expects to be able to also sell future generations of these plants to bolster park revenue. 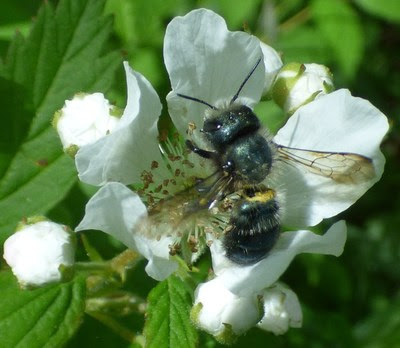 Carman is accepting applications for gardeners, as well as builders to construct perhaps the most ambitious facet of the project: systems that will allow the entire park to function off the grid with no fuel output that will also educate visitors on how they, too, could shrink their environmental footprint with solar-powered ovens, space heaters and water heaters, as well as composing toilets and water harvesting devices. He expects to transition all vehicles and equipment on the property to electric power eventually once the park is underway.

If all goes well, he intends to close on the property this spring and have his first crop of Abbeville wildflowers bloom by this summer, peaking by late September. In 2022, he will begin berry production. But the speed of the project also hinges on donors, he said, hoping that regional banks and utilities will recognize the economic impact the park could bestow on the area and be willing to cash in on the investment.

Benefits for investors could include anything from free tickets to sell to customers for the attraction and sponsor naming rights of various park attractions, he said.

“When you put in this pollinator park and have a boatload of people coming to it … you’re going to have people wanting to buy those storefronts and to own a business,” he said.