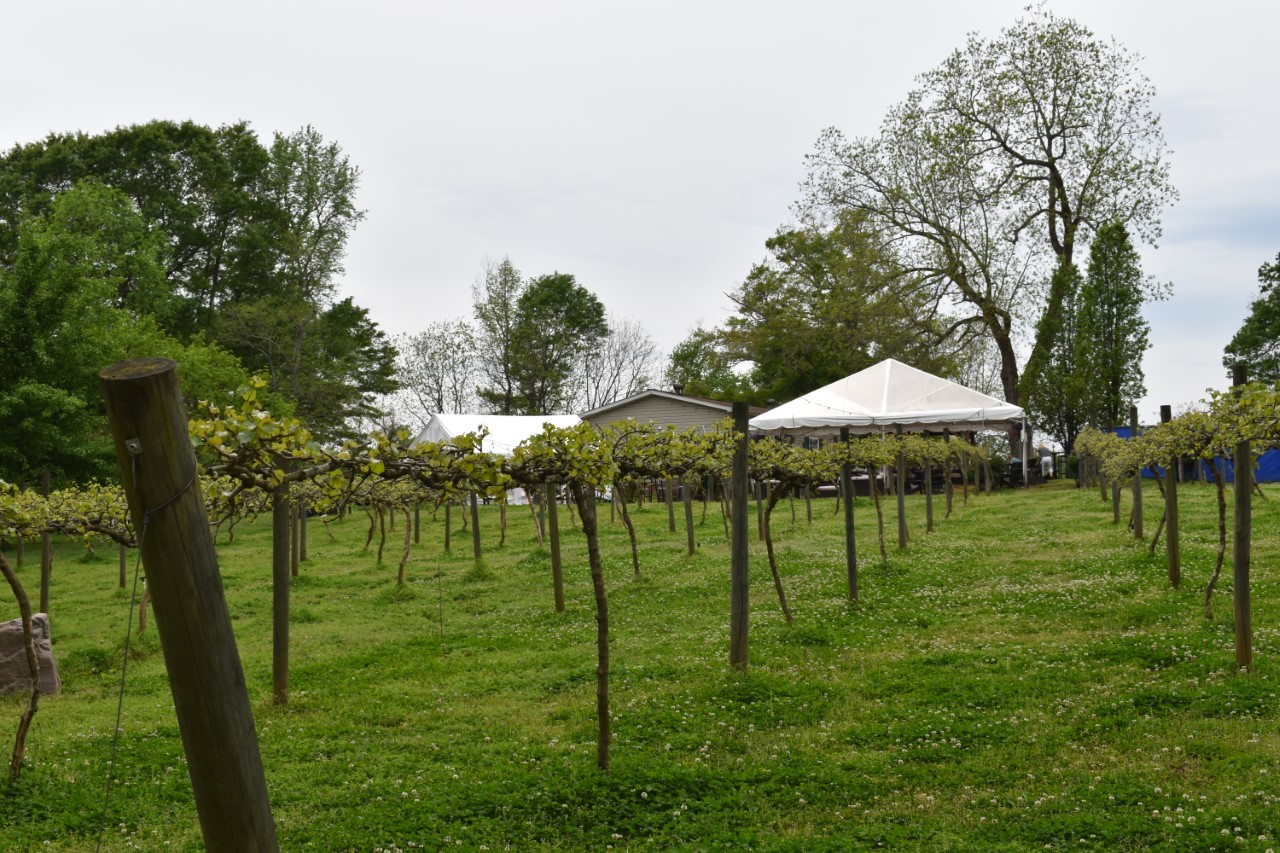 California spirits behemoth E&J Gallo Winery overcame antitrust claims and absorbed 30 brands from a competitor in April in a $810 million deal called one of the most immense acquisitions in vintner history.

A month later, after the self-described largest winery in the world set Chester County in its sights for a $423 million Southeastern base, it prompted an amendment in South Carolina beverage law that vintners, beer-makers and distillers across the state call a watershed.

But a watershed for what depends on who is being asked. Some see opportunity and expansion brewing, others, closure signs, with one Upstate winery admitting certain defeat.

Before South Carolina began to court Gallo away from its Alpharetta, Ga., stronghold, state law held that wineries could not have satellite tasting rooms offsite from where the beverage was produced, with additional prohibitions on distilleries ranging from Sunday closures to food restrictions.

And most of that still holds for any winery that cannot produce 10 million gallons of beverage per calendar year and invest $400 million in a Tier III or Tier IV County — counties with a lower average income including Abbeville, Cherokee, Laurens and Union in the Upstate.

If state wineries meet those requirements, they can open multiple off-site tasting rooms serving samples of their wine purchased through wholesale, according to Bristow.

In other words, at least at this point, it applies to any existing local winery that isn’t Gallo. 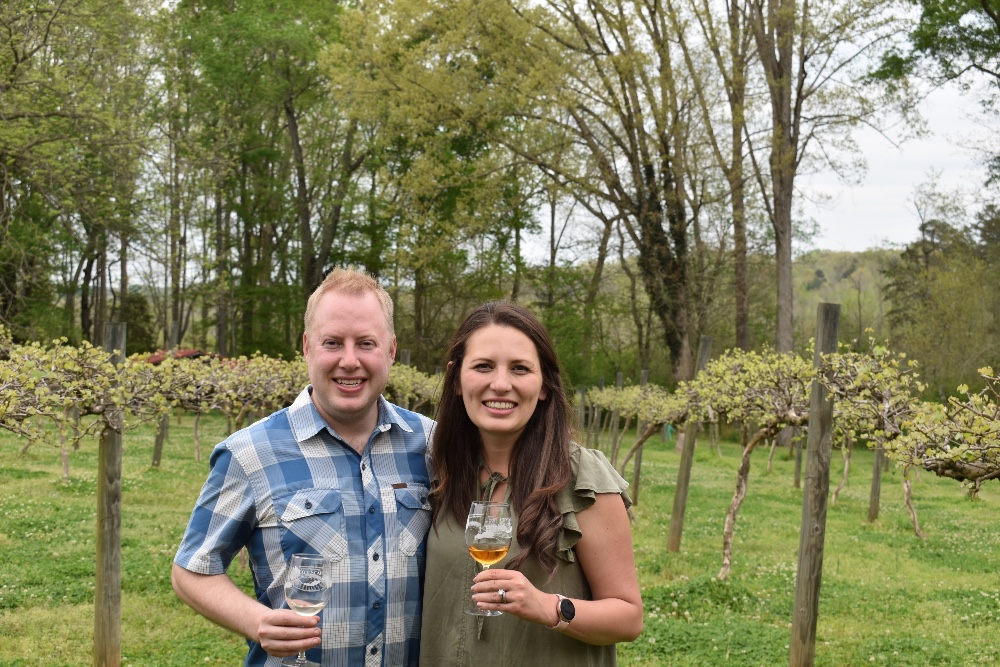 Owners of CityScape Winery, a Pelzer operation recently featured in Southern Living after its explosive growth over the last year, welcome the prominence Gallo has brought to the Palmetto State’s wine sector and want equal opportunity under the law.

Co-owner and operator Deb Jones and her husband, Josh, foresee great potential in a burgeoning agritourism industry initiated by Gallo’s move to a state with a lesser-known vintner presence than its northern neighbor.

But only if they, too, can be recognized for their localized impact and granted the ability to open off-site tasting rooms as well.

“What we would like to see in the future is just equality on rules, so if they could do something that would be in the best interest of everybody in the industry, that we could do the same thing,” Jones said.

She said CityScape may not be investing $400 million into Anderson County, but it is creating an economic impact as one of the state’s larger operations. The winery recently launched a construction project to build a two-story production facility and tasting room next to the Jones’ 12-acre vineyard.

“We are investing a lot of our resources,” she said. “Josh and I are 35 years old, and we’re putting everything, every penny we have into our new expansion to help the community, and it would be nice for our future. … And it would be nice to have something in place in the future to be able to do an offsite tasting room. We tried to fight for this several years ago and we were denied, and so, just because they are a bigger business, I don’t think it’s fair that they should get special benefits that just benefit them. I think it should benefit the whole industry.” 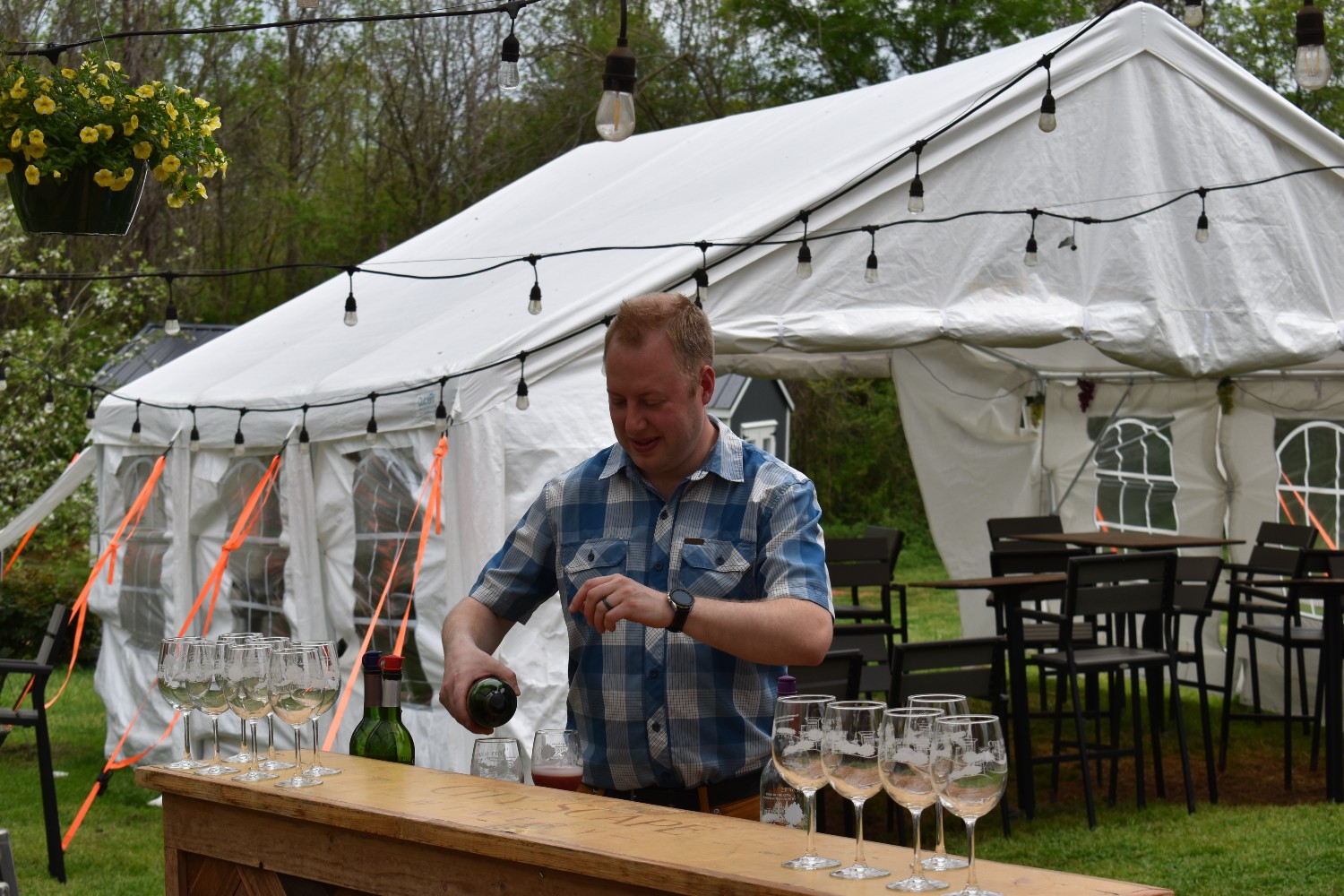 Brewers like Matt Rodgers, owner and operator of Lexington’s Hazelwood Brewing, agreed that the legislation extended unfair advantages to out-of-state giants like Gallo at the expense of homegrown operations like his own — if the law remains unchanged.

Especially as both Jones and Rodgers noted that it has already been in an uphill and, at times, discouraging battle to overturn state legislation that still smacks of Prohibition Era stipulations and inconsistencies.

As it stands, Rodgers said the law is anti-small business. But if it opens the door to parity for local producers – specifically the ability for smaller operations to open a satellite taproom – the brewer thinks the ability to market and control a product from start to finish will serve as a boon for his business and others.

“It’s a great thing for the distilleries and in a way, it’s a great thing for breweries and wineries too because it’s another avenue for their products to get into businesses across the state,” Bristow said of the current amendment, which aside from the Gallo tasting room provision, also contains the Micro-Distillery Parity Act, which was integrated in to streamline the passage of both pieces of legislation.

Hobbled by much more state liquor restrictions than wineries or breweries, distilleries like Greenville’s Six & Twenty Distillery call the amendment a sea change for business opportunities.

“I had heard the argument that it was ‘a bridge too far’ and it would have given this manufacturer a dominance in the marketplace to the disadvantage of other people — and that was only the Gallo bill,” Six & Twenty founder David Raad told SC Biz News.

But Gallo winery’s interest in locating in the state and its apparent predication on opening satellite tasting rooms came at an advantageous time for state microdistilleries, according to Raad.

On a parallel path, Raad and a coalition of about five of the 30-plus distillers across the state, had lobbied legislators for years to allow them the same opportunities vested to other beverage producers: the ability to sell bottles of more (or less) than 750 milliliters in a tasting room, remain open beyond the hours of an off-premise liquor store, sell food and serve cocktails that dilute the original mixture in any way. 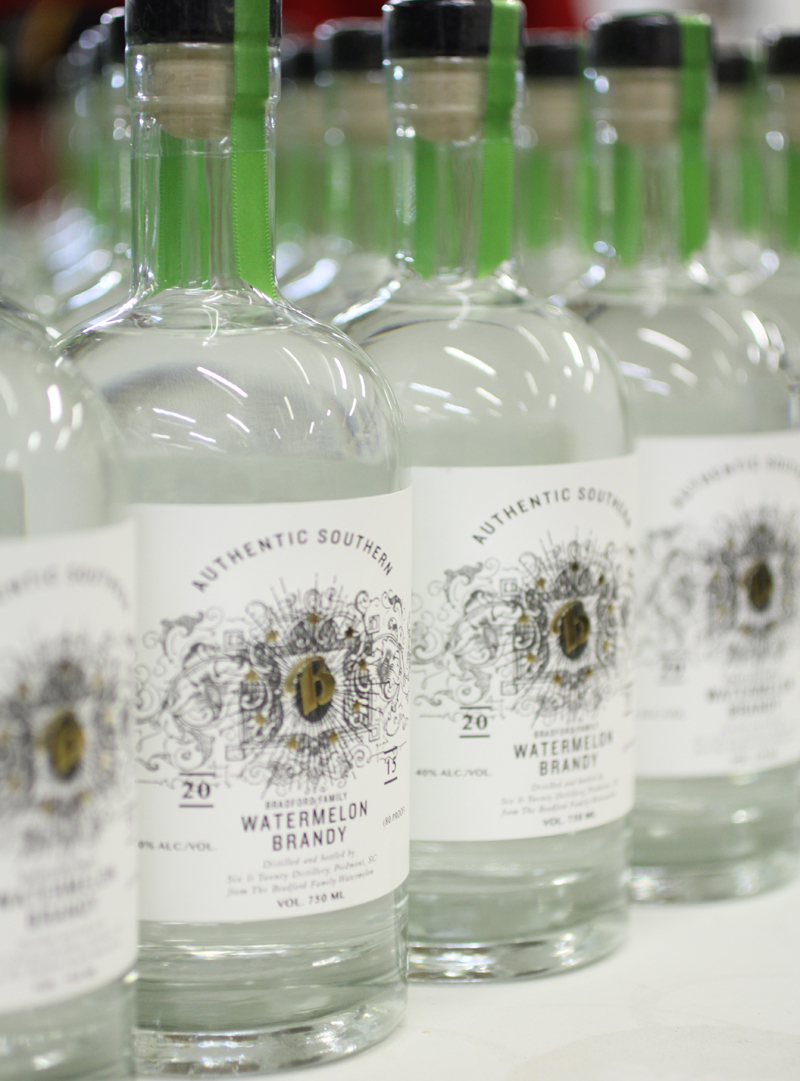 “Many of the folks who come into our tasting room, they want to sample the product,” he said. “They want to sample it in a cocktail … and initially, we were under very strict limitations on how much could be presented to a customer and it couldn’t be mixed with anything.”

Only three bottles could be sold. Vodka and gin martinis couldn’t be served with vermouth or brie on the side. Samples couldn’t exceed 3.5 ounces and tasting rooms could not be open past 7 p.m. or on Sunday.

“You had a very limited palate to work with,” he said. “This is a business that often caters to out-of-towners, to tourists, to folks that want to experience a premium product in a premium environment, and we were really limiting ourselves with what we could present.”

When “the Gallo effort was running into one roadblock after another,” state legislators combined the distillery and tasting room amendments in the last few days before the joint legislation was passed, according to Raad.

Now, with samples up to 4.5 ounces and sales of six bottles per customer each day and the ability to craft old fashions and side dishes, Raad has already seen a significant increase in revenue since passage.

“We as a company business had planned for this adjustment last year, two years ago,” he said. “We had planned to substantially upgrade our tasting room. We spent more than half a million dollars upgrading our tasting room; we built a kitchen and basically went all out in training the staff and developing cocktail programs and having a super-premium location that people could come savor the product, watch it being made.”

Overall, he thinks the change has “elevated the state” as a destination for visitors hoping to engage with the local craft beverage community.

As for the future of satellite tasting rooms for the mom-and-pop wineries, cideries and meaderies of the state and their ability to sell other spirits, Bristow said that may be the next hot topic for the Statehouse, depending upon the strength of advocates — generally a less vocal force than the S.C. Brewers Guild or distillery lobby.

“There’s definitely a lack of cohesion amongst wineries across the state, so hopefully this serves as kind of a unifier for them to get organized to start laying the groundwork and update and evolve some of those laws,” he said. “At least that could be a positive that comes out of it.”

This story was first published in the July 12 print edition of GSA Business Report.