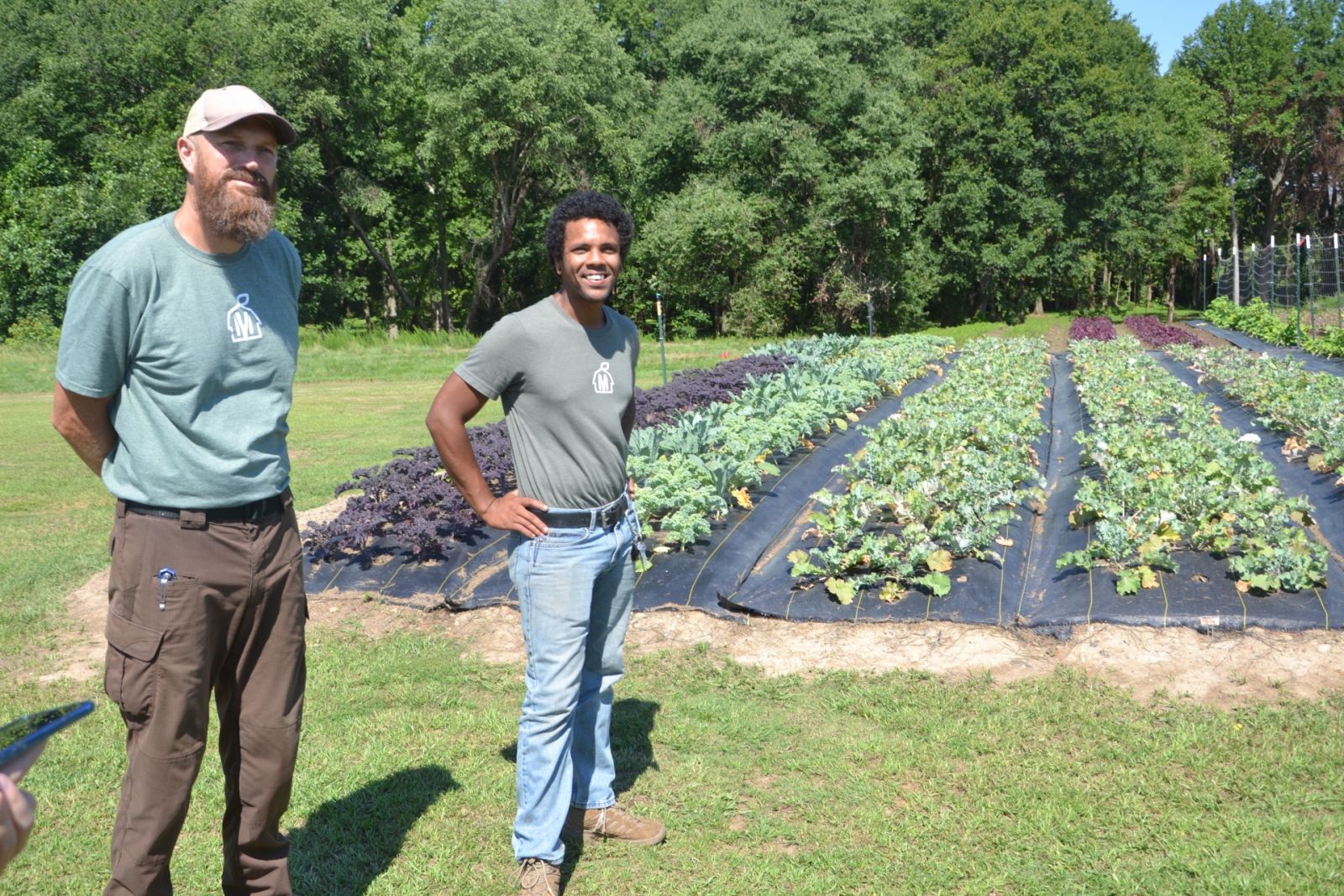 This story first appeared in the July 12 print edition of GSA Business Report.

The organization that operates three farms in the western part of town to feed families and provide job development and life training for youth has added a fourth farm, this one at the Hartness development on Greenville’s east side.

It would be hard for Mill Village Farms to have too many farms. Through its biweekly Foodshare program, the organization has supplied more than 43,000 boxes of food since the spring of 2018. Most of them — 30,000 boxes with 500,000 pounds of food — were delivered in the last 12 months. That’s too much need for the production coming from Sullivan Street Farm, Serenity Farm off Saluda Dam Road and Minnie’s Farm located in the Staunton Bridge community off White Horse Road, according to Dan Weidenbenner, executive director of Mill Village Farms, so some of the food is purchased.

Mill Village Farms began in 2014 with a mission to grow food and grow jobs in under-resourced communities of Greenville. The organization’s vision is to transform communities by developing successful youth entrepreneurs through sustainable agriculture and educational empowerment.

In addition to the labor and skills developed while growing and harvesting, the program also offers young people something called Powered for Life, a course that covers resume writing, interview skills, workplace etiquette and preparing for things like opening a bank account and handling taxes. Weidenbenner said he has seen alumni do well because, after a summer working in the fields, even a hot fast-food kitchen can seem comfortable.

“It’s a hard job working outside in the summer heat, so if you can do this job you can do anything,” he said. “It’s by no means an easy job.”

In addition to providing fresh food, the long-term goal is what happens not only in the young person’s next job, but those that come later in life.

“We have three urban farms to not only grow healthy food but to also empower young people in our communities with a first-time job opportunity, teaching sustainability, life skills, really to help support them as they transition from high school to adulthood in that journey,” Weidenbenner said. “Youth employment is one of the best predictors for upward economic mobility, so we’re really passionate about youth and really passionate about growing good food, because we know food and health is wealth. Supporting families with good nutritious food is just so critical to the wellbeing of our neighborhoods and our communities and our families that we’re serving.”

Weidenbenner said youth that work during high school more likely to graduate and have better attendance in school. They are also more likely to attain post-secondary education ranging from certificates to bachelor’s degrees. 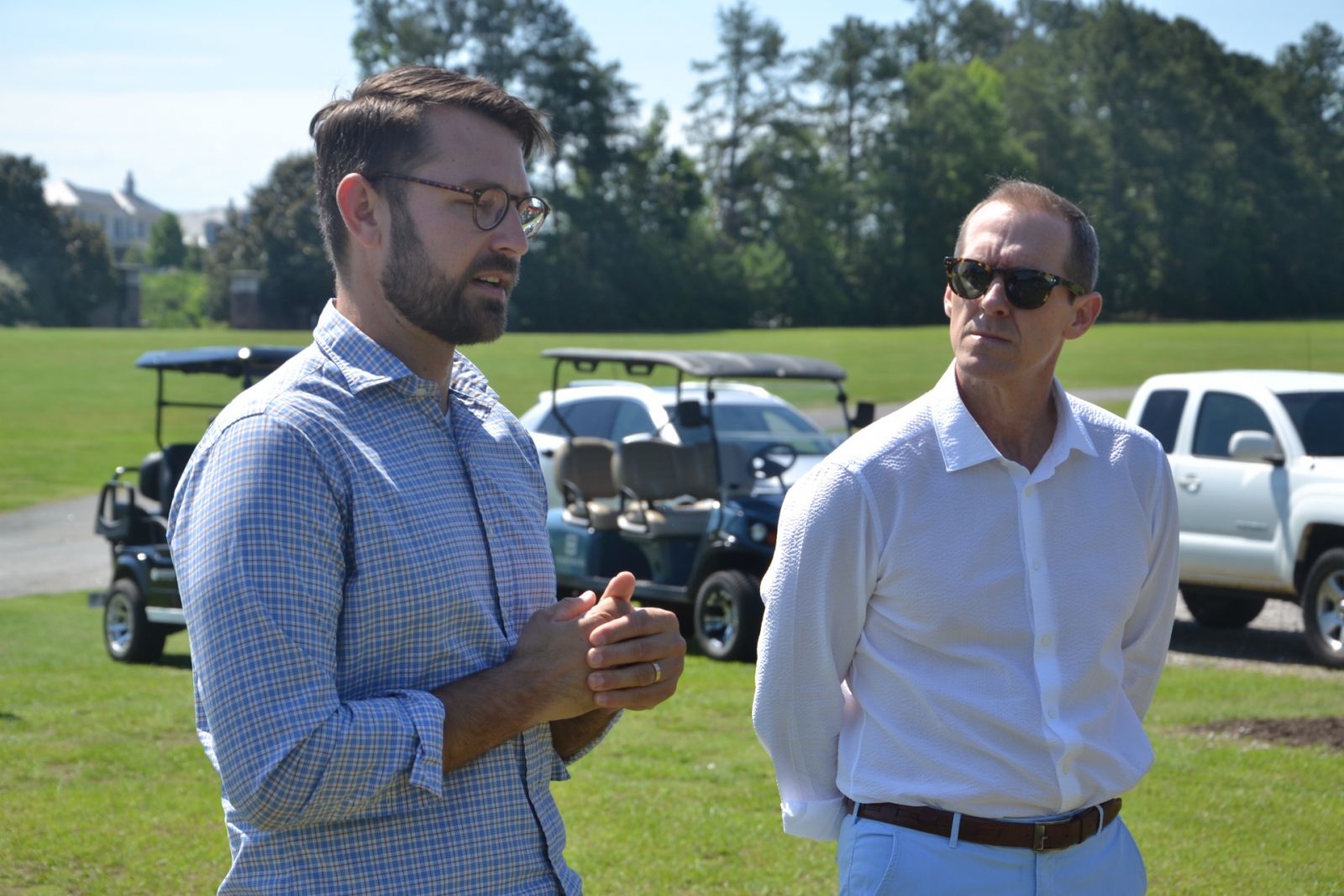 In addition to the food boxes, some of the produce grown is sold to the public through local farmers markets and, now, at Fresh Fridays at Hartness, an open air market on the Grand Lawn featuring a variety of local farmers, specialty artisans and live entertainment. Some of the food grown at the Hartness farm will support Mill Village Farm’s program and the rest will be used in the Hartness restaurants. Village Kitchen is already open and serving dishes that include leafy greens from the farm. A restaurant called Patterson will open with the Hartness Hotel now under construction. Designed to appeal to travelers and locals, developers expect it to attract business travelers.

Hartness Development CEO Sean Hartness said his family, which bought and lived on the 444-acre property in the 1970s, had vegetable gardens and a planted a pecan orchard in the 1980s.

“Although we are not farmers by trade, we have always used this property in that farming capacity,” he said. “So I think as we were building the Hartness community, looking at agrihoods … and that sort of thing, we really felt with the residents coming online — we have about 60-70 residents now — we really felt like an ag component would be very compelling, not only to the residents of Hartness but also to the food and beverage venues that we would operate here.”

Hartness said it has been important to him to be intentional about the way his family land is developed, so that it has a lasting impact on the community and is continually accessible to the public and not just the residents who live there in the future. Folding in sustainability and the mission and practices of Mill Village Farms made sense, he said.

“I thought, ‘how can we leverage this partnership to do good so there’s a food sustainability story, sourcing and, more importantly, how do we empower the people in certain communities that are underprivileged to give them an opportunity?,’” Hartness said. “Their mission was compelling to our family from a philanthropic point of view.”

Hartness said a lot of the new residents to the community have come from out of state and many of them are looking for volunteer opportunities that will be made possible though the farm at Hartness. The plan is to increase the size of the farm over time and add a poultry component.

“We’re working with the Hartness family, bringing many of our resources from the westside to the eastside out here at Hartness and so we’re excited to partner with them and this community and to build out this farm,” Weidenbenner said. “For us to be planted here and rooted here, physically and metaphorically supporting the restaurants as well as residents here, as well as residents back on the west side that we know need good nutritious food as a lifeline … this is a great bridge being out here, and I can’t dream of a better partner. We know that this is going to be here for generations, and we know this work doesn’t happen overnight. It takes generations, and we know this family has been here and is going to be here.”

Mill Village Farms was brought on early in the planning stages to provide leadership direction and oversight of the farm’s location, according to a news release. The organization continues to work with Hartness to manage the entire growing session, including crop production plans, soil assessments, soil amendments, irrigation, planting, harvesting, washing and delivering produce to end-users, and their team is also responsible for the day-to-day management of the land. That includes neighborhood outreach, planning plot beds, soil testing, soil amendments, crop planning, managing and planting plots, pest management, irrigation, harvesting, washing and distribution. Additionally, Mill Village Farms is securing and coordinating all the outlets for produce grown at the Hartness farm.