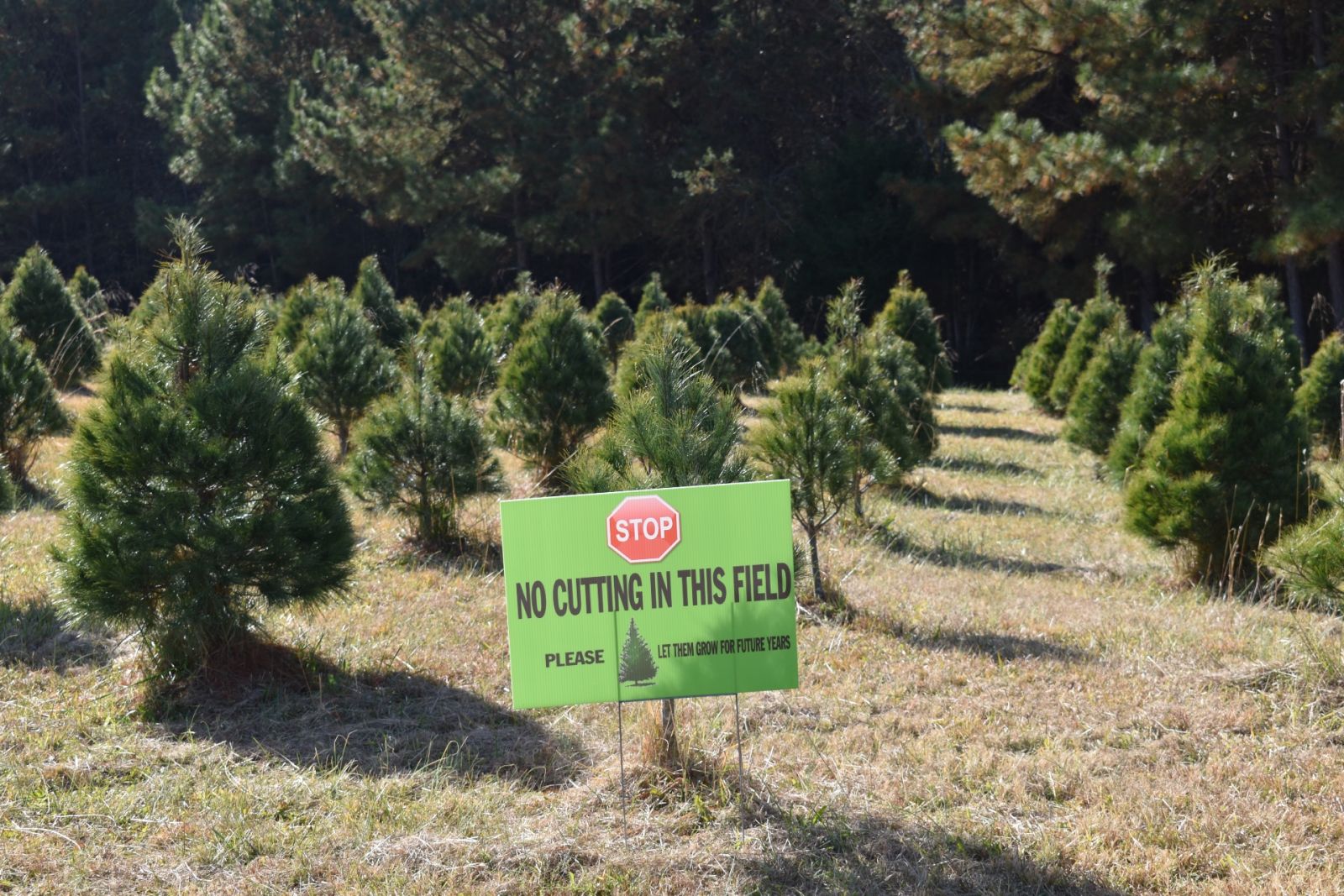 Christmas tree cultivation is akin to watching a train roll across the prairie and into your town.

You might be able to see what’s coming from a long way off, but there’s not much you can do to stop it, said North Carolina State University’s Christmas tree specialist Jeff Owens.

The time in between planting and harvest is a decade-long guessing game. The life cycle of the average holiday evergreen from seed to saw lasts about eight to 10 years. 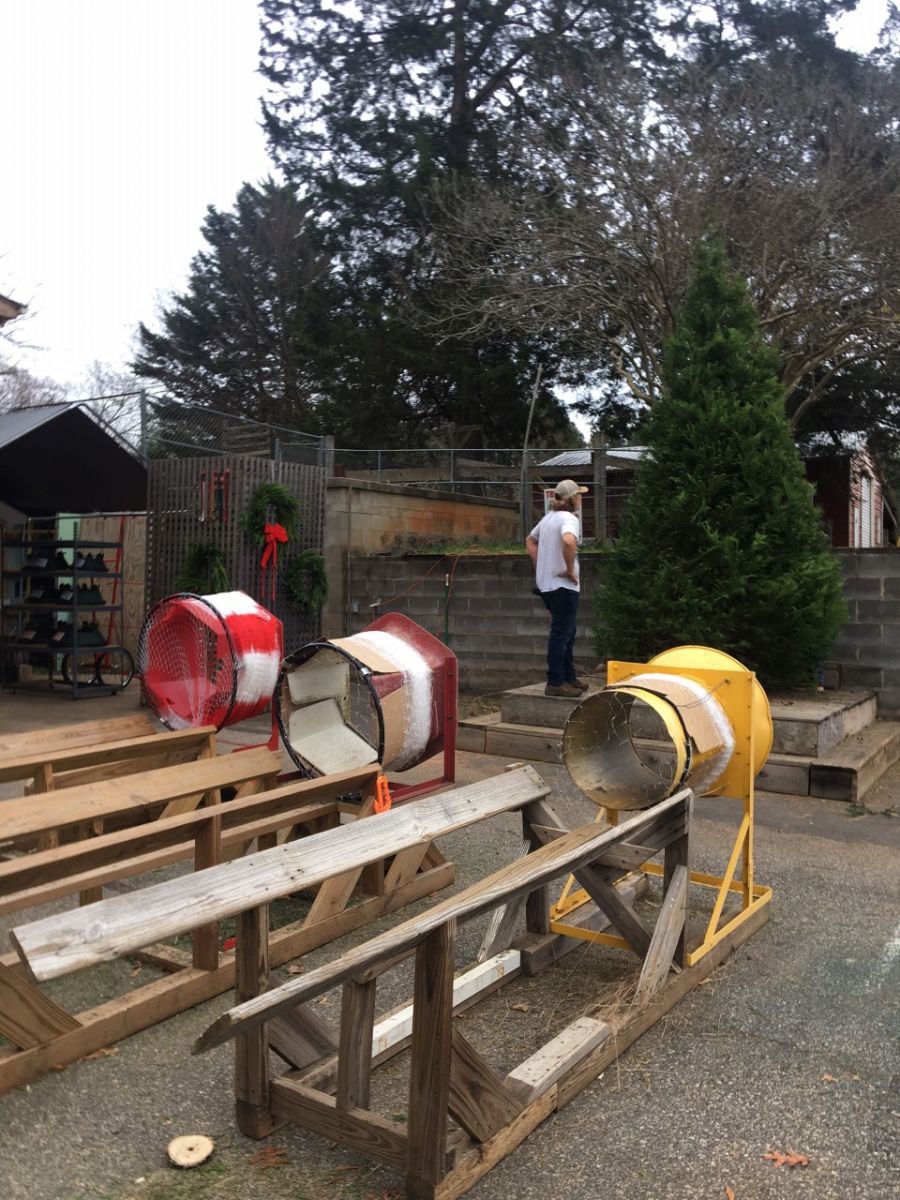 If a farmer underestimates future demand, harvests too many too soon or falls prey to pests, the ripple effect can last for years.

But if a farmer plants too many evergreens, as many did in the years leading up to the Great Recession, it leaves no option but to grind acres of sculpted trees — and long-term investment — into mulch. In North Carolina, a state that plants roughly 4 million trees annually, hat meant the loss of 1.8 million trees, according to Owens.

Since then, a number of farmers threw in the towel.

Now, as in 2020, tree sellers in the Carolinas are closing up shop days after the season began, with some major players not even opening this year at all. Prices for the so-called Cadillac of evergreens, the North Carolina-grown Fraser fir, have skyrocketed as tree heights have shrunk.

But whether the market is fielding a true shortage or a spike in demand is a matter of debate among industry players.

Picking up the needles

On a Thursday morning, Stephen Steed, owner of Central’s Merry Christmas Tree Farm, steered yet another couple toward his pick-and-cut fields when he got a call on his Bluetooth: someone wanted to know if he had any 10-foot Frasers left.

He didn’t. Eight-footers were the tallest he had by Dec. 2, and they were going fast.

Steed’s choose-and-cut business, which makes up 70% of his sales, flourished this season and sold out on Dec. 4. Much cheaper than the average Fraser, an eight-foot pine, cedar or cypress costs a maximum $56 for the buyer.

Steed had heard that Phytophthora, a type of root rot, has impacted some North Carolina farmers, but he knows for sure that when he ordered 30 nine-to-10-foot trees from his supplier, he received only 10.

“I think they oversold them the last couple years, in my opinion,” he said. “But I know a lot of older guys that got out of the business.”

Steed was still able to source from North Carolina. Some competitors weren’t so lucky.

Fir from the North Country

Hilltop Christmas Tree Farm, also in Central, had to go much farther north to find its firs — to Quebec, Canada, according to salesman Taylor Vicker.

The Canadian imports were 100% more expensive for the farm than Carolina Frasers. Even the smaller firs went for retail prices in the one-hundred range. 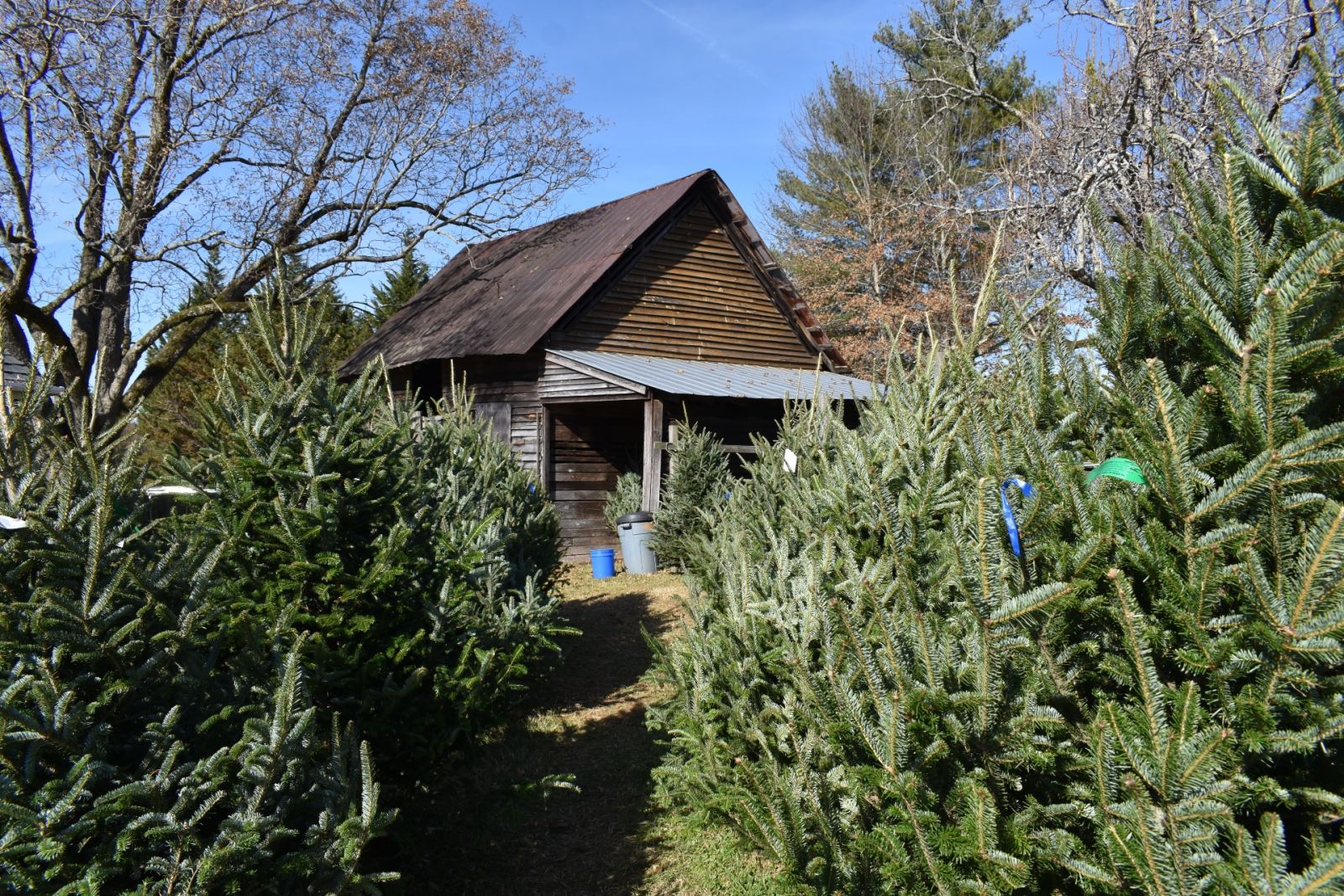 Tom Sawyer of Tom Sawyer Tree Farm in Glenville, N.C., would be one of those suppliers if he wasn’t taking something of a hiatus after a run on the farm last year.

Saywer is letting his 30,000 trees grow. He kept his choose-and-cut business closed and supplied only one retail lot while relying on income from his farm’s event venue to bridge the gap.

“I hope maybe next year we’ll open up the farm again, but with COVID, last year, come Christmas, everyone wanted to get out of the house, get out of town, take the family, go on a road trip, and they all came out to our farm to get a Christmas tree,” he said with a laugh.

Sawyer hasn’t been impacted by root rot, but he knows it can push farmers out of the business. The soil is unusable for years unless it’s fumigated, which several farmers said is not economically feasible.

Root rot and wooly adelgids, an invasive insect that has almost annihilated the wild Hemlock population in the Southeast, create a perfect storm with another factor at play.

“There’s been a shortage of trees ever since the Great Recession,” Sawyer said. “If you talk to anybody else, you probably know the story: a lot of growers back then were growing bigger trees, much bigger trees, because that’s where the market was. But after the recession, no one could afford a big tree.”

“So, some of the growers got out of the business,” Sawyer said. “Seedlings were hard to find to start growing new plants. You hardly couldn’t find any of them, so there was just a lot less trees planted three or four years after the recession. And you figure it takes eight to 10 years to grow an eight, seven, six-foot tree, and then with COVID, everybody wanted to come out to the farm into the mountains — a whole lot more than there ever were.”

Fewer farms, pests and post-recession wariness may have something to do with what some may call a shortage, but Owens hesitates to call it that.

“In many cases, growers are producing the same number of trees or even more trees, but they still don’t have enough,” he said. 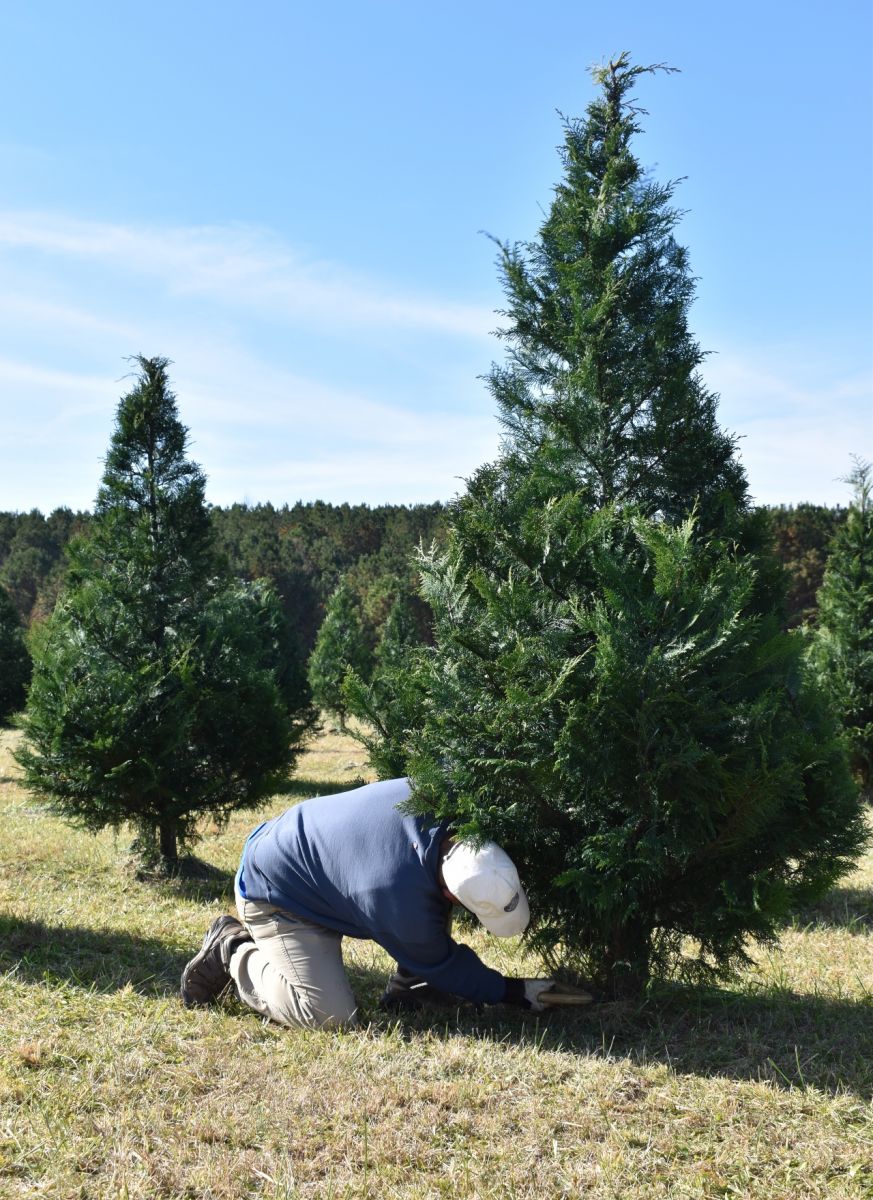 Prices began to climb after 2015, but with inflation, farmers are actually making less than their grandfathers did.

In 1987, the wholesale price for a Fraser fir was $20. Given inflation, an equivalent price would be in the range of $42 today, but wholesale prices still haven’t allowed the farmers to break even with what the past generation made. Retail prices likely reflect higher shipping and labor costs, he said.

“Growers did raise prices, but a lot of growers have really held back in terms of what they could have asked,” said Owens.

Part of the demand boils down to an advertising campaign that was almost too successful with one demographic: millennials.

Check any guide on marketing and these descriptors will likely be at the top of the list of Generation Y values. As more millennials become parents, the live tree market fits these demands better than a plastic evergreen in a folding stand.

Demand exceeded even what “optimistic and hopeful producers could imagine 10 years ago,” Owens said.

Last year, data from the National Christmas Tree Association, a professional association for the live tree industry, shows that buyers were younger, more urban and more likely to order online with an average age of 38.

“In 2021, we’re seeing a variety of trends influencing artificial and live Christmas tree supply across the country, and we are encouraging consumers to find their tree early this year to avoid shortage impacts,” the association’s executive director, Jami Warner, said in a September news release.

The National Christmas Tree Association did not push any shortage caveats on its website this year.

Industry rivalry or no, farmers are experimenting with ways to be more responsive to market by growing in containers and greenhouses to scratch three years off the typical cycle.

“It’s kind of like a musician playing an accordion and you pull it out and you push it in depending on what you need, and you make adjustments all the way through,” said Owens. “And that probably comes into thought for a Christmas tree grower in almost every practice that they make in terms of fertilizing trees, in terms of pruning trees. Farmers are very adaptable. They’re very good at addressing problems.”