Julie and David Tuttle wanted to help their hometown first.

The Tuttles, partners in Columbia-based developers Styx Co., are both area natives, with Julie hailing from Northeast Columbia and David from Irmo. Their close connection to Columbia, including their company’s downtown address, gives them particular pride in projects with potential to give the city a boost.

The latest such example is 1310 Lady Street, a 109-unit apartment complex spanning three buildings at Sumter and Lady Streets that is poised to bring a downtown residential option to an area yet to be swept up in the Main Street renaissance.

“These buildings are great, and they’re in such a central location, now particularly with how Columbia has evolved,” Julie Tuttle said. “So it needs it. It’s time for it. It’s kind of a what-comes-first thing, because in order to attract people to live somewhere, you kind of have to have a there there. But to have a there there, you kind of need people to support it.”

The three-building network is formed by 10-story, six-story and three-story structures also collectively known as the Keenan Complex and situated a block from the Statehouse. Together, the buildings provide 137,000 square feet for a mix of studio and one- and two-bedroom apartments, three townhomes and ground-floor commercial space. 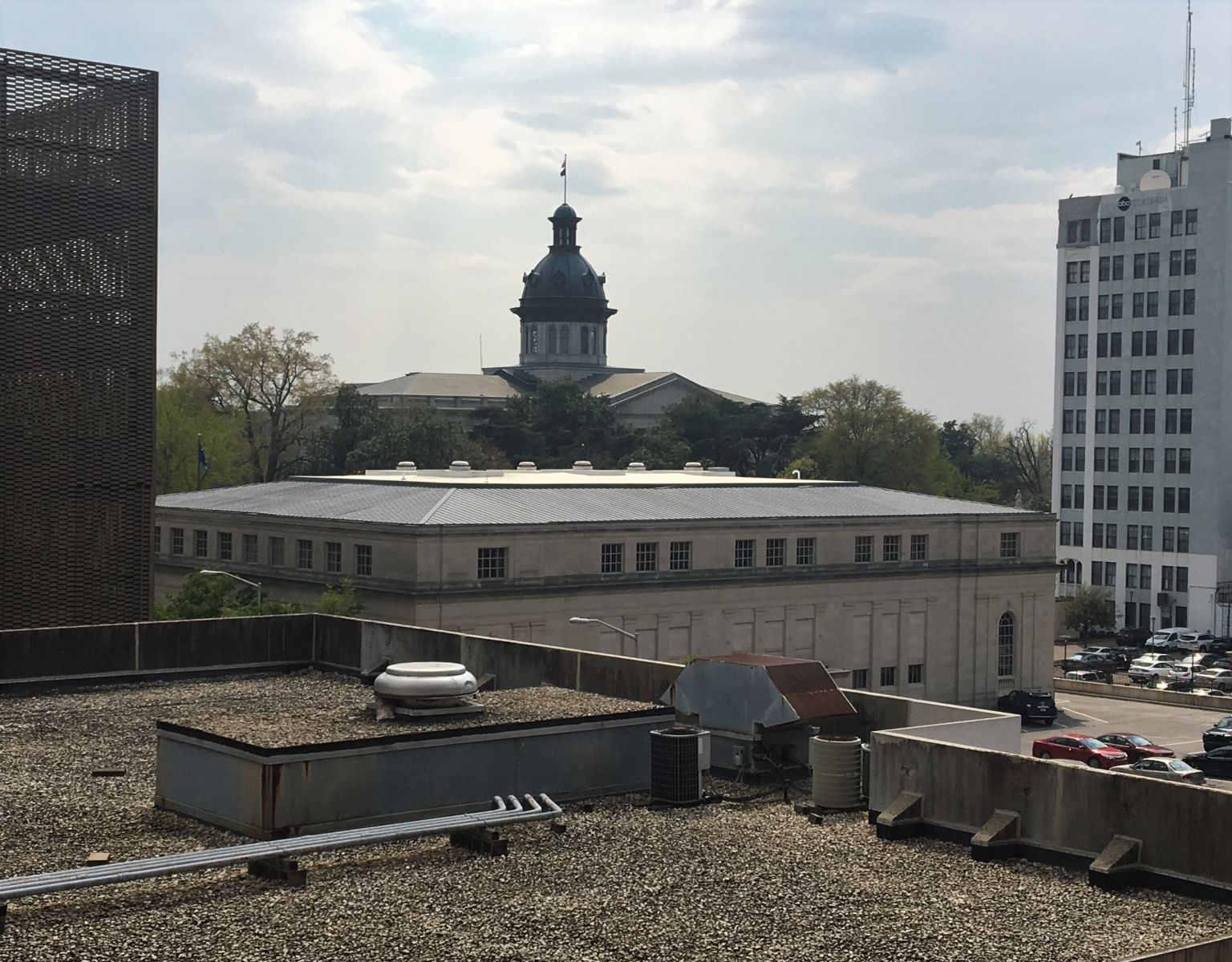 The Boudreaux Group is serving as both project architect and interior designer.

“This project is one of those key projects off of Main Street,” Boudreaux Group architect and vice president David Wiesendanger said. “As much as everyone loves that Main Street is being developed and the downtown core is great, you need to start radiating out. With Assembly Street being on the other side of Main, that becomes almost a barrier. There’s a lot of stuff going on with the city to address pedestrian connectivity to the Vista, which is awesome, but focus the other direction, and this becomes an anchor project of that next level of development off of Main Street.”

Originally constructed in 1921 as a Masonic temple, the six-story structure also served as the former Merrill Lynch building and was purchased in 1937 by Palmetto State Life Insurance. The 10-story building was added as an annex by the insurance company in 1950-51 and renovated in 1977, when it was renamed the Keenan Building and featured C&S Bank as a tenant.

“There are some things that we’re doing from a design concept on the interior that will speak to the era of each building,” Julie Tuttle said. “They’re each going to have their own little personality. We’ve got to keep the core of that but also with a cohesive design that makes sense for the whole project.”

That will include preserving some of the “scars” from that 1970s renovation to the 10-story structure that included a “horrible” addition of corrugated metal paneling, Wiesendanger said, while maintaining its industrial midcentury feel. The 20s-era six-story building will include more luxurious attention to details such as crown molding.

“The main floor of the six-story building had a really tall footprint, which allowed us to have some amenities that you can’t get in typical historical buildings,” David Tuttle said. “We’ll have more updated, modern amenities than some of the other rehab projects have been able to produce.”

The three-story, 1980s building has less of a downtown history, so “we’re just going to throw a ton of color at it and see what happens, which is very 80s,” Wiesendanger said.

The project did not use historic federal or state tax credits, qualifying only for the Bailey Bill, which allows historic properties to lock in a property tax assessment based on the property’s fair market value before rehabilitation for up to 20 years. That freed Boudreaux’s designing hands from the sometimes-strict guidelines that can accompany historic tax credits.

“These buildings had a lot of great character to them already, so it was really trying to showcase not only the character that was there but also kind of keep some of those scars in building,” Wiesendanger said.

The property also featured a one-story entrance that was demolished to create an open-air courtyard between the three buildings, which will also share a rooftop deck atop the six-story structure as well as a ground-level dining space, co-working facilities, bike storage and a pet grooming salon.

“It allowed all three buildings to breathe,” Wiesendanger said. “Now you’ll have people in the courtyard with the potential for popup retail and lease space. You’ll have activity. There will be places for people to sit. You’ll see movement as you’re walking along. The activity along Sumter Street, which you really don’t have right now, we thought was really important.”

David Tuttle pointed out that the property is equidistant from Columbia’s central business district and its thriving Congaree Vista, as well as within steps of “a great outdoor park” in the state capital, the dome of which is visible from some apartment windows.

Styx Co. also redeveloped the former Claussen’s Inn on Greene Street into 29 boutique apartments, which Julie Tuttle said are on pace for move-in in late April or early May.

Pre-leasing had not yet begun at 1310 Lady in April. An early timetable has the first residents moving in 12 months, David Tuttle said.

Rents start at $1,200 for the studio apartments and go up depending on size and location, Julie Tuttle said. Residents will also have access to the Marion Street parking garage as part of a downtown living environment the Tuttles envision as having everything residents need to live, work and play in a seven-block radius.

“We had an eye-opening experience a while back,” David Tuttle said. “We ran into some friends on Main Street on Friday night. They’d had a pre-dinner drink, dinner and a dessert, and they’d only gone two blocks. You just flash back, and you couldn’t have done that in Columbia even five years ago. We’ve turned the corner. People talk about a 24-hour city. Maybe we’re an 18-hour city now on Main Street, but we’re certainly moving that way. To get more people here after six o’clock will just improve all of that.”

David Tuttle, who remembers trips downtown to shop at the Davison’s and J.B. White department stores, and his wife take personal pride in helping spur that continuing change — and, David Tuttle said, in putting prime downtown property back on the county tax rolls.

“We’re ultimately Columbia people, so when we came across these more recent things, Claussen’s and this, we were like, ‘Wow, this is a good Columbia thing,’ ” Julie Tuttle said. “This is us. This is very local.

“We wanted to be able to do stuff for our own hometown before we did it somewhere else.”