In 2014, University of South Carolina students taking an art history class from Lydia Mattice Brandt started researching and collecting and historic documents related to the buildings at the S.C. State Mental Hospital on Bull Street. They posted their discoveries on a website called Digitizing Bull Street.

The digital humanities project includes a searchable archive of more than 500 photos, documents, and maps and an interactive timeline that tells the architectural and social history of the former state mental hospital, currently being developed for mixed use as the BullStreet District.

Although students are no longer contributing to the project because of lack of funding and time, Brandt said developers wanting to learn more about the historic background of the buildings have used the data collected. Brandt, an associate art history professor, said she also occasionally hears from Midlands-area teachers who use the site in their curriculum.

“I’ve gotten some good feedback from local public school history teachers – high school and middle school – that have told me that they use the website to develop assignments for their students and look at that online archive,” she said. “And some people have reached out to me individually and asked me questions and told me that they’re using the site.” 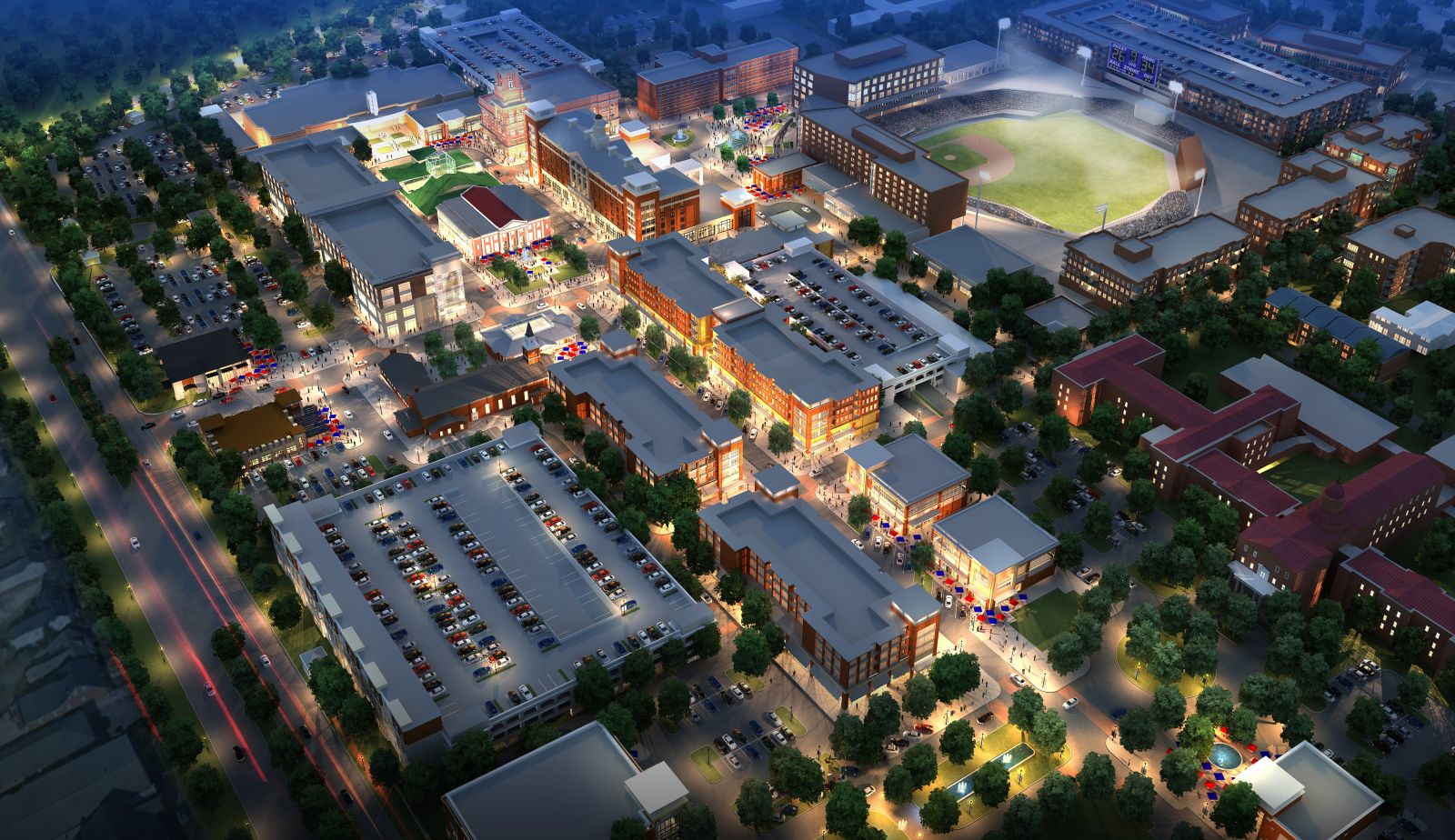 Brandt said the Digitizing Bull Street research began while the city was searching for a master developer for the project. She and area historic preservationists were concerned that some of the buildings would be demolished and the character and history of the site would be buried by bulldozers.

“We wanted to make arguments for the buildings’ significance, and we ran out of things to say pretty fast, because there wasn’t any scholarship on the history of those buildings — what they had been used for, when they had been built, why they’re located in the site the way they are,” she said. “And so the purpose of our research was to provide the background — first, for our arguments, but certainly others’ arguments, for the preservation of those buildings. It’s hard to make an argument for why the building should be saved when you don’t know anything about it.”

Since Hughes Development took over, nine historic buildings on the site have been renovated or will soon be, including the Ensor Research Building, the old bakery, Central Energy and the landmark Babcock building.

Virginia-based Clachan Properties is scheduled to begin work this year converting the massive Babcock building, former site of the S.C. Lunatic Asylum, into more than 200 luxury apartments. Brandt said so much of the site revolves around the Babcock building that its development will spur future growth.

“I am really glad to see Babcock see some future ahead,” she said. “I think it will anchor the site and give confidence for future development and move some things along, because it’s hard with a site that big and a plan that is, by design, decades-long, to have at the center of it this big decaying building.”

Brandt was thrilled to be contacted by representatives of Hughes Development about information on the Digitizing Bull Street website, and she said they’ve provided positive feedback.

“The work Dr. Brandt’s class did on Digitizing Bull Street has been very helpful for multiple parts of the development process,” said Robert Hughes, president of Hughes Development. “We have referenced the site for detailed building information during renovations as well as used information about the overall district in our marketing materials.”

The project’s goal was to make the research accessible to everyone, particularly those who would be using the buildings, Brandt said. “That makes them a more informed steward of those buildings,” she said. “That was the intention of putting it all on the web instead of publishing it in an academic journal that would have mostly been of interest and access to other academics like me.” Brandt said it’s not only important to consider history of the buildings themselves but the relationship the buildings have to one another. Students also researched the greenspace of the property, identifying types of centuries-old trees. A public park is being built on the site.

Originally, the landscape was intended to be occupational therapy for patients at the mental health hospital, Brandt said. Patients contributed to maintaining the grounds, growing their own food, and cleaning their laundry as a means to keep the institution’s operating costs down.

“That would make them less of a burden on the state,” Brandt said. “If they weren’t constantly asking the state for money, it was a little easier for them to run the institution as they wanted it.”

“We greatly appreciate all of the hard work done by the class to catalog the important history on the campus,” he said. “Each building on the site, whether renovated or demolished, will be honored in some way, and the information from Digitizing Bull Street will help us be sure our representations are accurate.”

There is no funding to continue the research, and Brandt said it was time-consuming. But she said there’s plenty of research left to be done.

Historic Columbia has picked up where Brandt and her students left off. The organization is taking Digitizing Bull Street a step further by not only researching buildings that don’t exist anymore but also investigating the people who lived and worked there.

“We basically went site by site, both extant buildings and buildings that had been recently demolished, and looked at different time periods: who was living there, who wasn’t allowed to live there,” said Katharine Allen, Historic Columbia director of research. “A huge part of what we do is looking at the traditional story of white patients and white doctors who were living there, but also the other half of the population. What did segregation look like at Bull Street? Segregation, just as it was in Columbia, at Bull Street, was a very integral part to how that system operated.”

Historic Columbia compiled a collection of content and images for area developer Avant Holdings to consider when renovating the laundry building.

“We knew that the buildings were coming down and wanted to be sure that we had a historic record of those places. That’s not the ideal scenario,” Robin Waites, Historic Columbia executive director, said. “The reason that we’re doing documentation is so that there is something there for future historians to explore, but it’s still an important part of that site documentation for the long term.”

Historic Columbia hosted an interpretive tour of Bull Street in 2019, plans to post its information on its website and has talked with Hughes about installing a series of historic markers or wayside signs throughout the campus.

“That site, in particular, is unique because of the character defining the structures that are there,” Waites said. “The story of the Bull Street campus is pre-Civil War all the way up to the modern era, and it makes it difficult, without the buildings that reflect each of those periods, to tell that story, but we’re still committed — buildings or not — to making sure that that story is acceptable to those people who are doing development there, as well as general visitors.”

Brandt said it was gratifying to hear from Hughes that the information the students gathered is going to good use.

“That’s exactly what the students and I envisioned,” Brandt said.

This article first appeared in the March 2 print edition of the Columbia Regional Business Report.