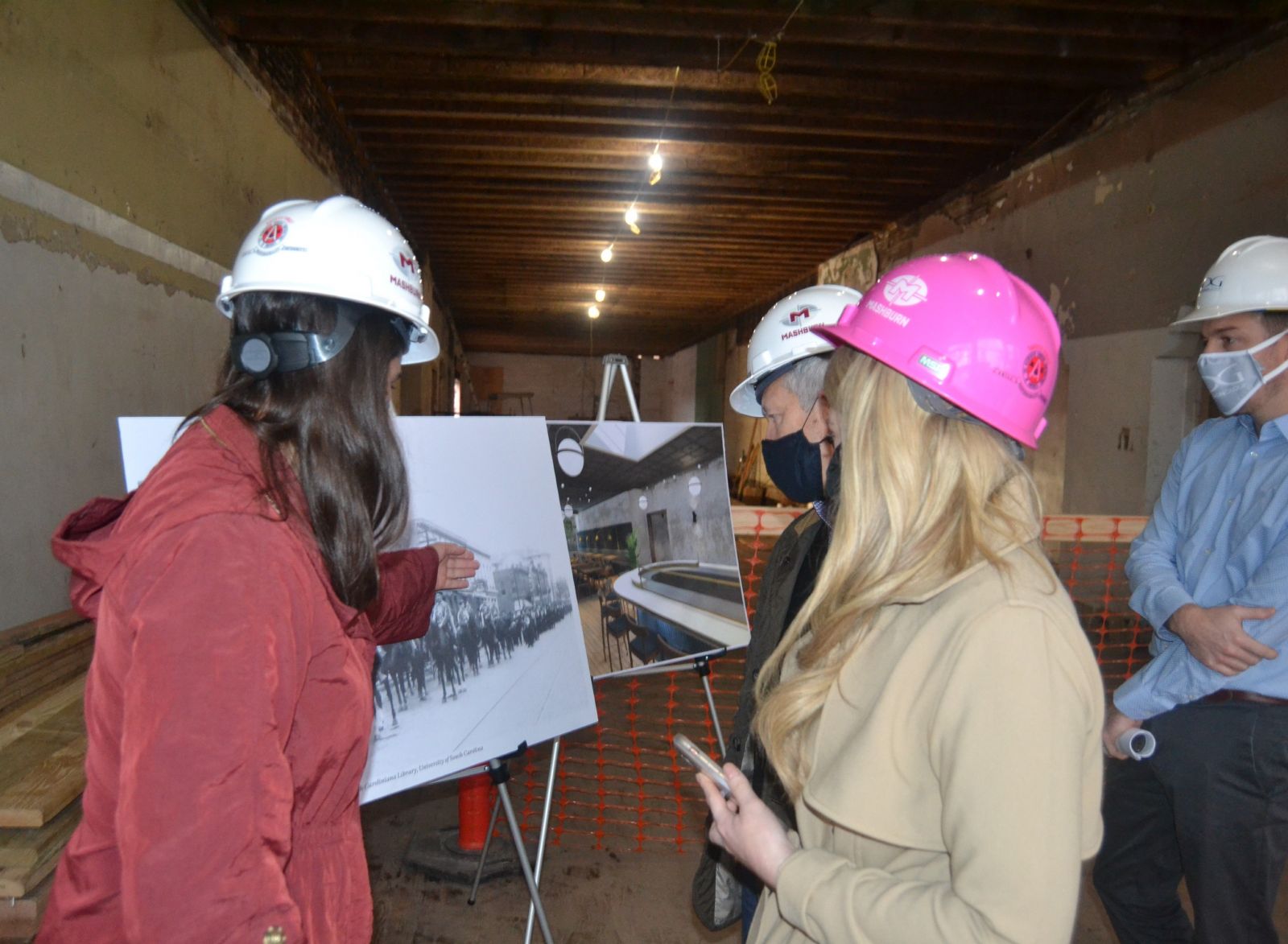 Janie Campbell is the woman with the answers — even when they aren’t necessarily what clients want to hear.

Campbell, preservation consultant with Columbia law firm Rogers Lewis, is often the first stop for owners and developers seeking historic tax credits for upcoming projects. She’s their guide through a labyrinth of painstaking paperwork and bureaucratic red tape, but she also often serves as a dispenser of cold reality. 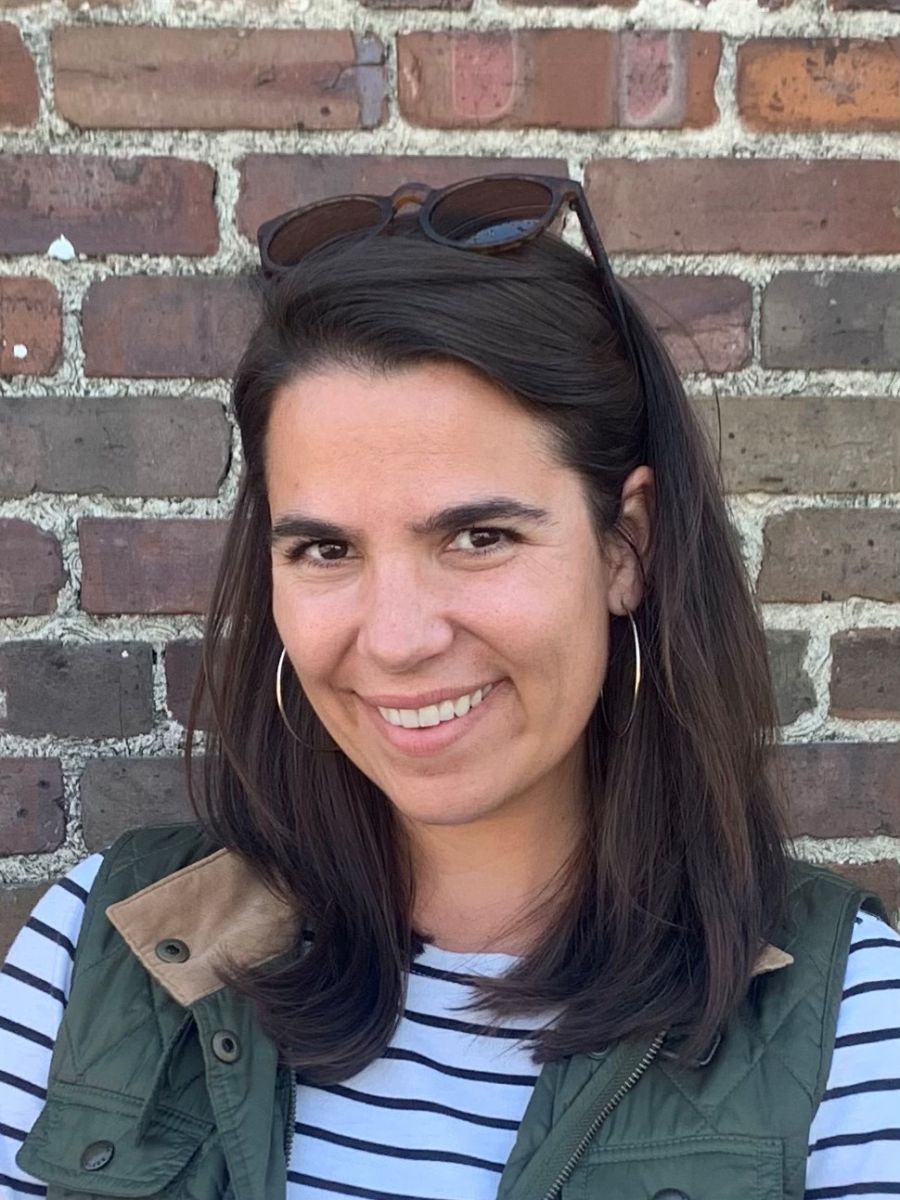 “I always joke that I am simultaneously the most loved and hated person in any project, because I’m the one who does all the work to get the money, but I also call myself the dream crusher,” Campbell said. “People are like, ‘We want to have exposed brick this and exposed ceilings that,’ and I’m like, ‘Nope. Historically it had pressed-tin ceilings, so that’s what you have to use,’ or ‘You need to restore the plaster, not remove it.’ But often, what becomes the most problematic part of a project, for whatever reason, ends up being the coolest feature when it debuts.”

The projects Campbell has spearheaded include Hotel Trundle, winner of state preservation awards and featured in Southern Living magazine’s Hotel Collection since its 2018 opening, and the Hunter-Gatherer at Curtiss-Wright Hangar, which transformed a 1,300-square-foot former airplane hangar into the second location of a popular downtown brew pub in 2018. She’s currently part of the team bringing to life the latest vision of Columbia developer Scott Middleton, the man behind the transformation of the 1600 block of Main Street into an enclave of entertainment and dining options.

Smoked, a restaurant which will offer smoked oysters and meats as well as microbrews, is being carved from the circa-1872 buildings at 1639-1643 Main St. It will join Middleton properties including restaurant and boutique bowling alley The Grand and Main Course, which features a live music venue and immersive gaming bays.

“This is kind of our first venture into just a solo restaurant,” Middleton said during a December sneak peek at the property. “The 1600 block is becoming a destination place for entertainment and also for food. These buildings here have been in need of renovation and in need of repair for a long time.”

The upscale casual restaurant, slated to be completed in early August, will occupy three bays. Two were previously home to a wig store and a cigar shop whose slipcover facades rendered the property a noncontributing building, or a structure which did not add to the area’s historic or architectural integrity and therefore made it ineligible for National Register of Historic Places consideration.

“After removing those, we were able to submit a form that made it be a contributing building,” Campbell said. “Sometimes just removing the stucco or removing the aluminum facade or whatever it is that’s kind of obscuring what the historic appearance was, that’s enough to get it eligible again.”

Historic projects usually have to clear a three-stage application process, with approval needed from state and local agencies as well as the National Park Service. The details depend on what tax credits are being sought, from federal incentives to state credits such as the Bailey Bill, a tax abatement measure enacted in South Carolina in 1992 that allows local governments to lock in a tax assessment based on rehabilitated property’s fair market value prior to renovation for no more than 20 years. South Carolina also offers tax incentives through the Abandoned Buildings Renovation Act, legislation passed in 2013 that allows developers of eligible properties to receive a tax credit equal to 25% of the renovation cost against either state income taxes and corporate license fees or property taxes.

Developers often approach Campbell ready to roll, requiring her to once again temper their expectations.

“They’re like, ‘We want to do this now. We’ve already started this,’ ” she said. “I have to say, ‘Hold the phone. Stop right now. We need to come and do X, Y and Z and make sure we have everything documented beforehand, and then we can get going.’ I have to consult with the architect to make sure the design looks good. I have to go on-site often to make sure the work is conforming. … Each one (application) goes to the state government for 30 days and then to the National Park Service for 30 days. Even in the best of times when all the I’s are dotted and the T’s are crossed, it’s a 60-day review period before anything can really happen.”

The entire process can take years, as in the case of the current renovation of a building on the former Charleston Naval Shipyard Campbell began working on in 2019 and of Greenville’s Woodside Mill, which Campbell took over when she joined Rogers Lewis in 2016.

“It’s a very complicated and convoluted process,” she said. “On paper, it looks like you just do Part I, Part II and Part III. Rarely does everything just smoothly go straight ahead. ... It’s a lot of logistics and timing and research to pull these things off.”

At every stage of a project, extensive research guides design decisions, from acceptable window pane sizes to the appropriate plaster on walls. Campbell combs newspapers, city directories, historic images and Sanborn maps, detailed maps of U.S. cities and towns created in the 19th and 20th centuries to allow fire insurance companies to assess liability, for clues to a building’s historic appearance and function. She has the State Historic Preservation Office, a key player in nominating a structure for National Register inclusion, on speed dial.

“The level of bureaucracy can sometimes be exhausting, but the people that I work with on all levels, from city and Bailey Bill to state and to our Park Service reviewer, are always very helpful,” she said. “They want to see these projects succeed. They very rarely if ever come down on you and say absolutely not. They say no, but here’s a way that you can rectify this and still make it work.”

Once the bureaucrats have spoken, Campbell then has to translate their message to her clients.

“That’s always a fine line and a tightrope to walk, of pushing the envelope just enough to please the developer and the architect but still following the guidelines and the standards for historic rehabilitation,” Campbell said. “I can usually tell the developer or the architect, ‘Look, this is never gonna fly. This is just a no.’ And they usually respect that.”

Campbell said working with developers multiple times makes the process easier, especially once project players have learned to listen to her. Campbell often finds herself the only woman often in a room full of contractors, architects, bankers and government officials, and “trying to have my voice heard can be problematic,” she said. “A lot of people — my word is gospel and they listen, and then a lot of people like to do the runaround and then cause a lot of extra hours and extra work to just get back to square one.”

Campbell takes care to make sure projects accurately reflect all aspects of their history, whether they are in a Jewish neighborhood or a building that once housed families with slaves. Hotels she’s worked on Myrtle Beach tell stories about how Black travelers were once shunted to a few specified areas. And honoring a project’s history is also a responsibility Mashburn Construction, Smoked’s contractor, takes seriously.

“It’s much more than a renovation when you’re dealing with these historic buildings,” Brian Johnston, Mashburn vice president of operations, said. “It’s really more of a rehabilitation, a revitalization.”

Campbell derives the most satisfaction from helping the public see a once-dilapidated property in a different light.

“A year ago, people would’ve looked at that cigar shop and wig shop and furniture store (on Main Street) and been like, ‘What an eyesore. Let’s just bulldoze it and build something else.’ Same with mom-and-pop Myrtle Beach hotels,” she said. “So many of them have been lost to these 25-story developments. It’s rewarding to see people go from ‘That’s worth preserving?’ to ‘This is really cool.’ The change in perspective is always the most rewarding.”

This article first appeared in the Feb. 1 print edition of the Columbia Regional Business Report.