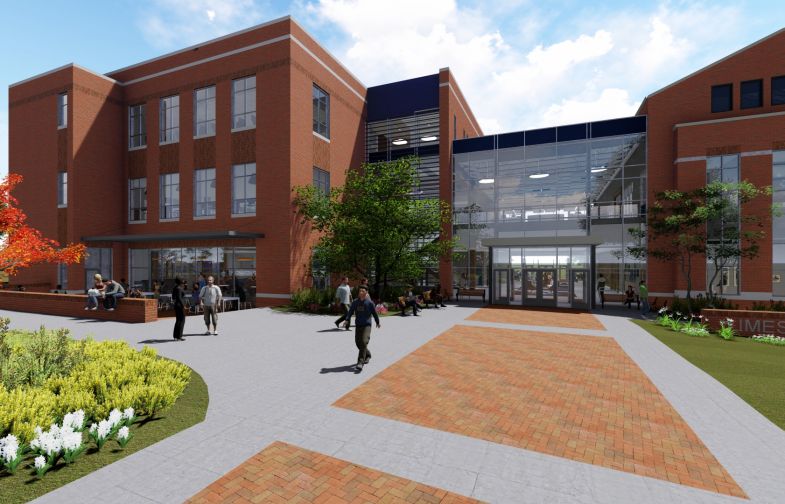 Plans for Limestone University's student center began with just a library but have since expanded to include a cafeteria, conference center and art gallery. (Rendering/Provided) 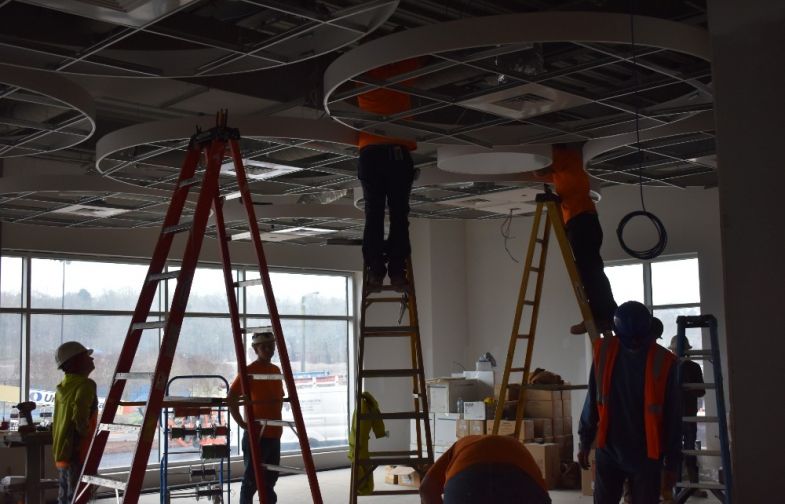 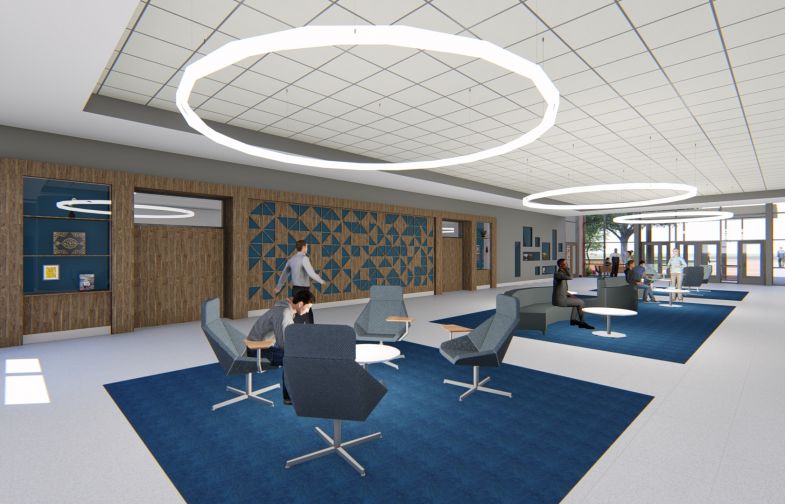 The campus center will features several class and conference rooms available for use by local and regional businesses. (Rendering/Provided) 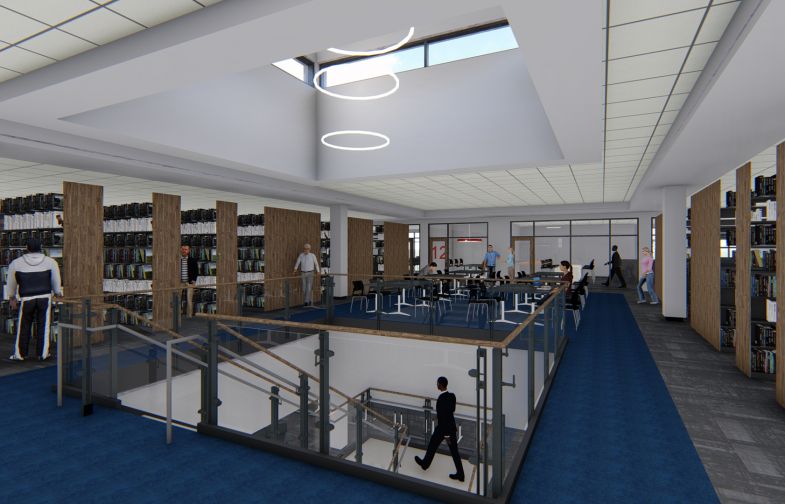 The new library and additional student space will be installed on the third floor. (Rendering/Provided) 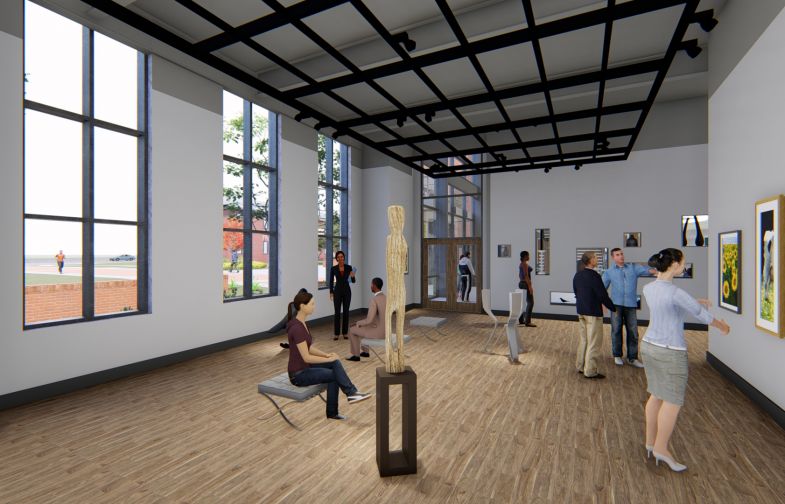 An art gallery will be an additional draw for students and the community. (Rendering/Provided)

Limestone University’s Campus Center and Library has been many years in the making — more than nine years to be exact — but the original plans for the building would have looked very different than the 65,000-square-foot complex overlooking the bygone quarry that gave the university its name.

Initially, school leadership hoped to build a replacement for their existing library and that was all.

But Reggie Browning, vice president of finance and administration, had other plans. As the needs of the college-turned-university and the community grew, he knew the pocketbook needed to expand as well.

Browning lobbied for support from the U.S. Department of Agriculture through its Rural Development program, which supplemented trustee contributions with a loan of $34.5 million, which also enabled the university to draw $3.5 million from a local bank.

That loan made the library — found on the second and third floors — just the tip of the iceberg for what would become an $18 million project. The rest of the USDA loan helped the university purchase a new residence hall and refinance existing debt.

COVID-19 put a short moratorium on the project after its groundbreaking in January 2020, as well government shutdowns in the years before that slowed federal funding, but much of the building has been completed since then. 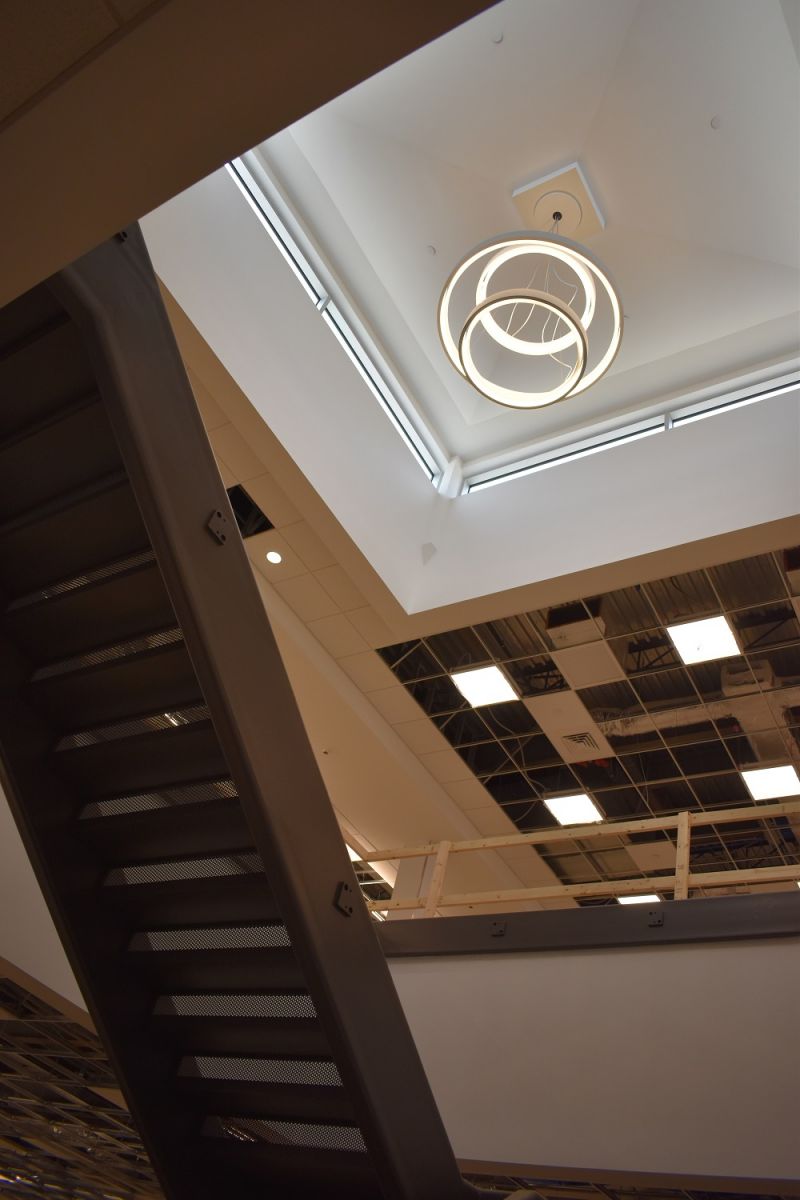 “From the time of actually working on when it was just a library during the fundraising period to changing the designs and all that, it has been just about nine to 10 years,” Browning said, proud that his long-term investment was finally coming to fruition.

Earlier this spring, Hogan Construction Group and architect David Dixon of Craig Gaulden Davis had already filled out the bones of a local art gallery, a student dining lounge studded with ringed light fixtures, mailroom and community conference rooms for the use of Gaffney and Spartanburg businesses.

“While you’re waiting for your meetings or whatever is going to be in this area, you can look at the art and have something to do, and on this side, you’re going to have a catering kitchen,” Browning said during the tour, pointing across what will soon be a lobby sunlit by large windows.

Already, the school has fielded a growing demand from the community for event space on campus, he said. Room rentals have risen by 40% since March 2020.

“That’s because South Carolina was open, and North Carolina wasn’t during the pandemic,” he said, adding that the school will continue to target local businesses once the space is complete for conference and classroom rental. “It’s going to be great not only for Limestone but also the community as well.”

Stairwells lead up to a collaborative space on the second floor with a computer audiovisual lab, and, as Parker stressed, no enforced quiet time. The third floor houses the traditional library stacks that served as the seed for the whole project.

The 1960-era A.J. Eastwood Library will be repurposed for another use as the school expands its offerings, such as the addition of a RN to BSN certification program.

“This new building, even while under construction, and certainly when completed, will be one of the most important student recruitment and retention tools that Limestone has ever enjoyed,” President Darrell Parker said in a news release. “That means Limestone is about to embark on a path to growth unlike anything we have ever experienced. And we stand ready for that challenge.”

Editors note: An earlier version of this story incorrectly identified the general contractor who worked on the project. This version has been corrected above.

This article first appeared in the May 3 print issue of GSA Business Report.