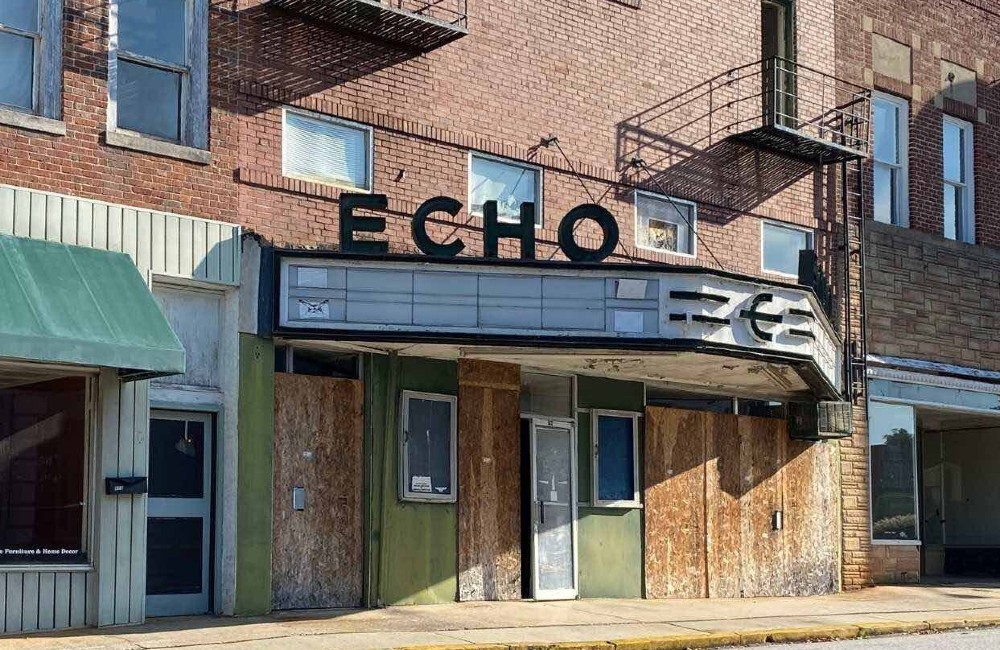 Laurens County’s Echo Theater began life almost 100 years ago as a segregated theater, but things only got worse after segregation was banned.

From 1996 to 2012, it was dubbed “The Redneck Shop,” a innocuous moniker for what was known internationally as the American Nazi Party headquarters and “the world’s only Klan museum,” according to a news release.

Now, the Rev. David Kennedy, pastor of the New Beginning Missionary Baptist Church, will see his decade-long hope to transform the theater into a “space for healing and forgiveness” become reality.

As depicted in the Sundance award-winning film Burden, Kennedy rallied since May 1996 to make the theater a landmark for visitors to learn about the history of racial violence, the struggle for civil rights and racial reconciliation. In 2019, he founded the Echo Project, which, bolstered by the prominence of Burden, has raised more than a half-million dollars for the renovation project.

When Burden was homeless and broke, Kennedy offered him a home, food and a place to worship, according to the release. Burden then sold Kennedy partial ownership of the Redneck Shop, which ignited a long legal battle with the shop’s proprietor before Kennedy. The New Beginning Missionary Baptist Church became the owner of the building when the shop closed in 2012.

“This moment has been a long time coming,” Kennedy said in the release. “The Echo Theater has always represented racism and hate until now. This first step toward rebuilding the theater into a place of healing and reconciliation shows that change is possible, even from one of the darkest times in our history.” 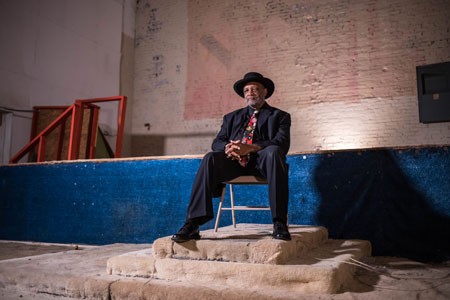 Some donations of the more than 5,700 donations, were small, $25 to $50 accompanied with Bible verses and quotes from Martin Luther King Jr. Others were in the tens of thousands, including a recent donation from Walmart, which has a distribution center in the area.

“At Walmart we become embedded in the communities we serve,” Brooke Mueller, director of public affairs for Walmart in South Carolina, said in the release. “Our contribution symbolizes the solidarity we feel with the important work The Echo Project is doing here in Laurens. Walmart is right there with you.”

Once the building renovation is complete, the new Echo Theater will house a museum and an in-person and online education center that “will empower young people to be positive and peaceful community builders,” according to the release.

Greenville's MOA Architecture has been selected as the architects for the project.

The theater chamber where Kennedy once watched movies from the segregated balcony still contained KKK recruitment cards, Klan robe order forms and a 25-foot tall swastika mural before the renovation was launched this spring. Some artifacts will be displayed in the museum, in Kennedy’s words, “to tell the truth to reconcile. Racial reconcilation starts by telling the truth.”

“You have this visceral space where you can understand the centuries-long struggle for justice and how this theater fits into that,” Regan Freeman, a recent University of South Carolina graduate who left his job at a Columbia law firm to aid Kennedy in the project, said in the release. “We’re taking this building from a Klan museum to a center for diversity and reconciliation. I get chills saying that. But we’re not just going after the building in Laurens. We’re talking about the universal message of standing against hatred, of choosing healing over hatred.”