Montgomery Building reconstruction to be honored by governor 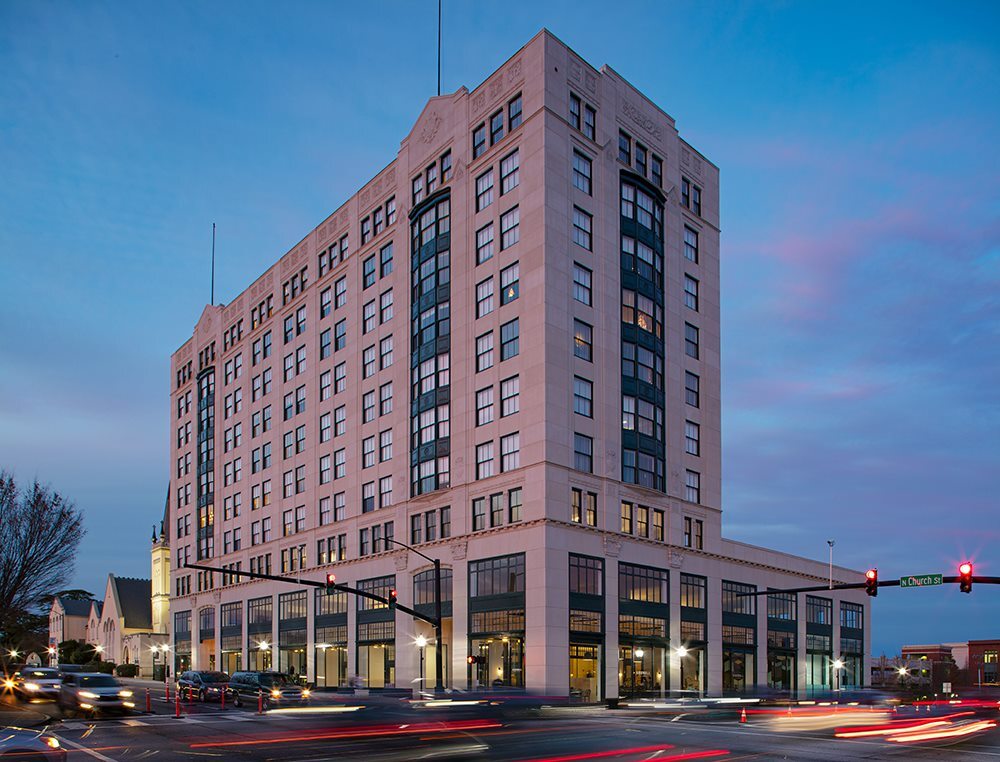 After years of neglect, the 10-story building’s precast concrete façade had deteriorated to the point that it was necessary to erect scaffolding along the buildings’ perimeter to protect pedestrians on the street from falling debris.

With the restorative hand of Harper General Contractors and design of McMillan Pazdan Smith, however, the Montgomery Building has reached new heights since its 2018 reconstruction.

On July 23, the team will be recognized by Gov. Henry McMaster in a ceremony at the Statehouse with Preservation South Carolina’s 2021 Honor Award.

“This is one of the most extraordinary projects that has ever been submitted,” Mike Bedenbaugh, president and CEO of Preservation South Carolina, said in a news release. “The challenges that had to be overcome with this building, most of the time, would have led to the demolition of other buildings. That’s why it deserves this award.”

Preservation South Carolina, the S.C. Department of Archives and History, and the governor’s office have recognized accomplishments in the preservation, rehabilitation and interpretation of the state’s architectural and cultural heritage with a series of awards since 1995.

In order to be considered, projects must have been completed, including all phases, within the last three years, made a positive impact on the community and the state, and achieve a degree of project difficulty while serving as an example of outstanding commitment to historic preservation and exemplary preservation techniques, according to the release.

Projects like this are why people like me become architects,” McMillan Pazdan Smith’s K.J. Jacobs, principal in charge and lead architect on the project, said in the release.

First opened in 1924, the Montgomery Building was one of the first Chicago-style skyscrapers completed outside of Chicago. During its heyday, the building was a prominent fixture in Spartanburg’s textile manufacturing industry. Later in its life, the building enjoyed prominent office tenants including BMW Manufacturing Co.

Despite its history, according to the release, the Montgomery Building appeared to be doomed for eventual demolition. Several developers had tried to restore the building over the years and failed because of the challenges with how it was built and the extensive repairs needed, the release said. 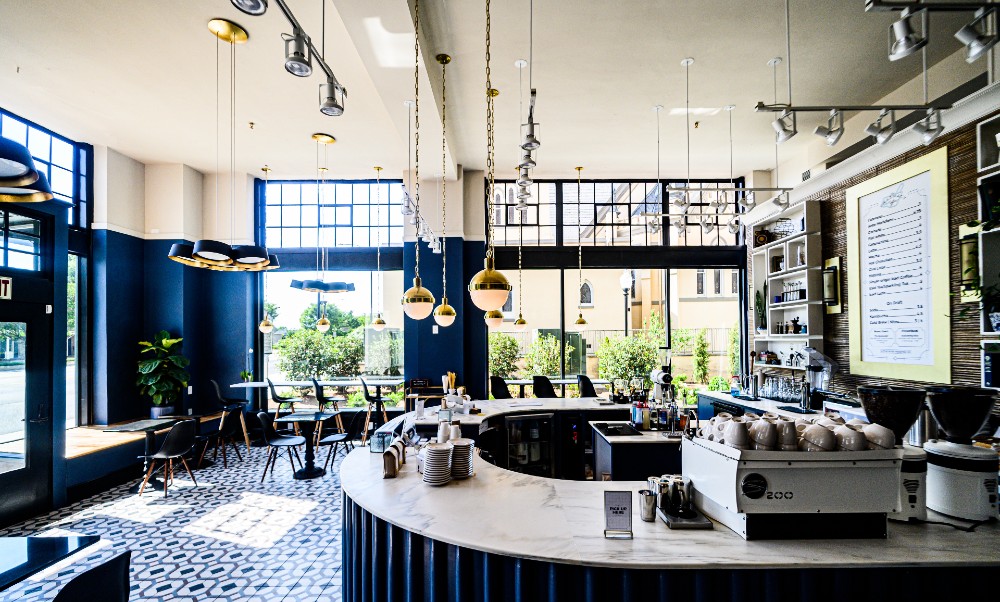 Then, in 2015, developer and current owner BF Spartanburg, came forward with a plan to revitalize the building that city officials praised as a “next-level” catalyst for the city.

“We wanted to return the building back to its former relevance and stature because we know how much this building means to the people of Spartanburg,” Tom Finnegan, a managing partner of BF Spartanburg LLC, said in the release.

McMillan Pazdan Smith was selected to perform the feasibility study and to be the architect of record for the historic renovation and worked closely with the S.C. State Historic Preservation Office and the National Park Service to meet specific criteria for preserving and rehabilitating the building. Commonwealth Preservation Group of Norfolk, Va., helped the team navigate federal and state historic tax credits for the project.

Using the original Lockwood Greene drawings as a guide, the design team documented the original design elements that remained and created construction details so that these elements could be replicated reusing the remaining pieces and recreating those that were missing, according to the release. A few replacements included decorative plaster ceilings and capitals, marble floors and walls, and wood trim.

The finished product is approximately 127,000 square feet and includes select boutique retail shops and restaurants on the ground floor, office space on the second and third floors, and residential apartments on the remaining floors.

From blight to boon

According to the release, the economic impact on the city of Spartanburg was felt immediately with most of the space being occupied within the first year. Business activity and foot traffic has also increased on Church Street as a result of the building’s restoration.

"These types of projects are extremely important to communities because people are connected to the buildings in a personal way and the reuse of historic buildings is proven to spur community development around them," Donald L. Love Jr. preservation architect and McMillan Pazdan Smith’s architect of record on the project, said in the release.

“The Montgomery Building has stories, history and most importantly it has a lot more life left in it,” David Wise, president of Harper General Contractors, said in the release. “Harper has been given the opportunity to be woven into this building’s historic fabric. It's an honor to be able to return this building to Spartanburg as close as possible to its original form."