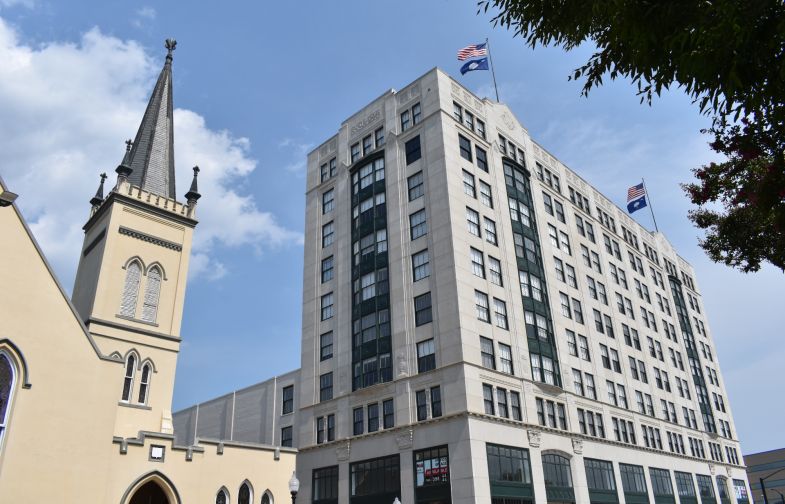 The Montgomery Building in disrepair had become a barrier from one part of Spartanburg to another. Now it’s a sign of the Hub City’s recovery. (Photo/Molly Hulsey) 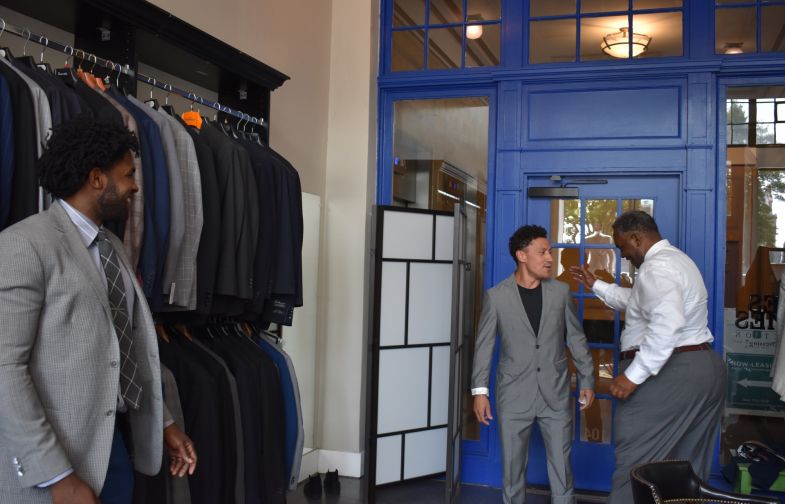 James Jenkins, owner of the James and James Collection men’s wear and custom suit, gives his customer a shoulder pat in his store while Jenkins' son looks on. (Photo/Molly Hulsey) 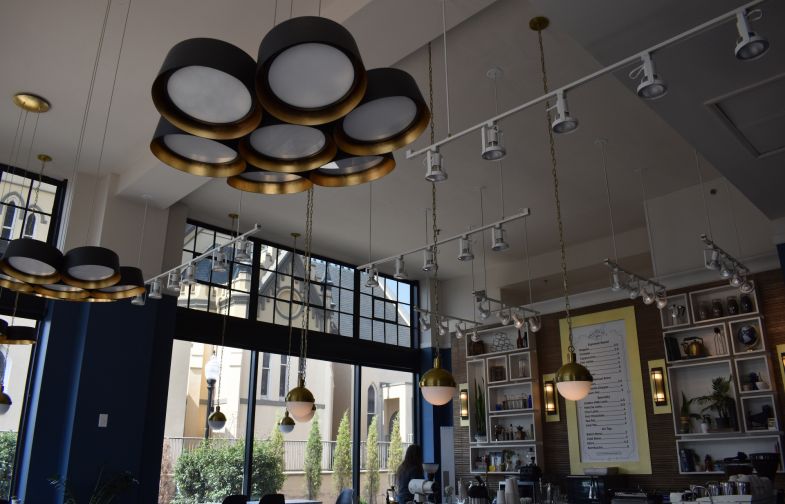 Prospective restaurant tenants have had to be turned away while The Pharmacy coffee shop and Sidewall Pizza have enjoyed business garnered their relatively new location. (Photo/Molly Hulsey) 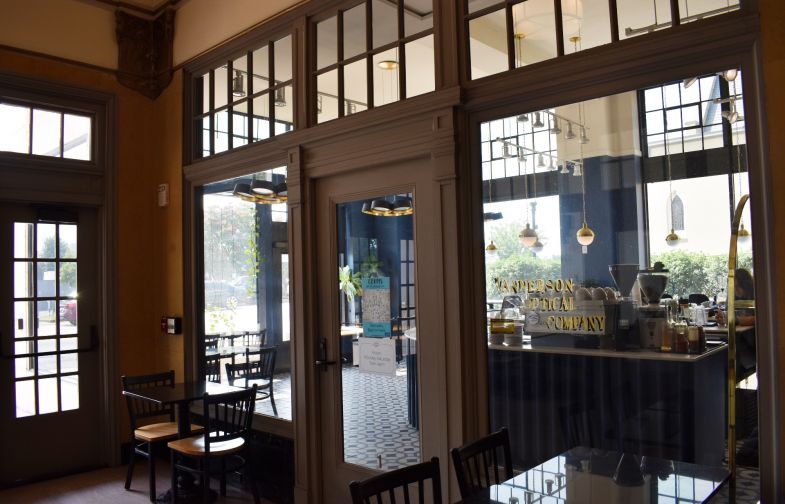 The remnants of painted signs from the building's previous life remain on many of the windows. (Photo/Molly Hulsey) 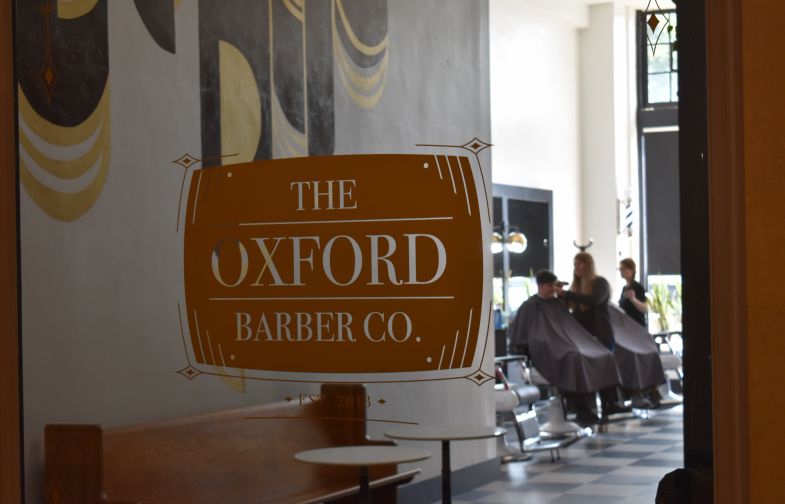 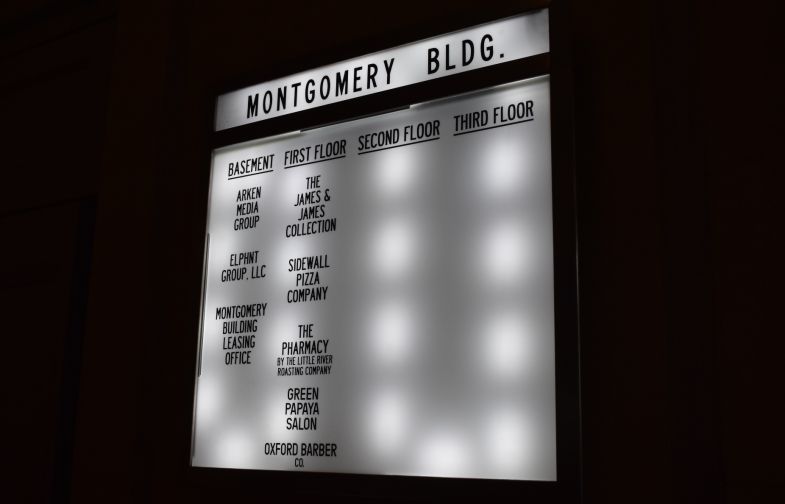 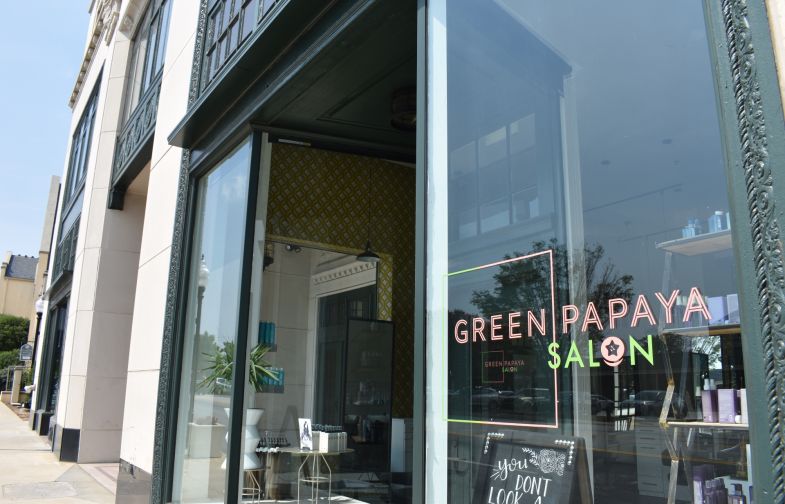 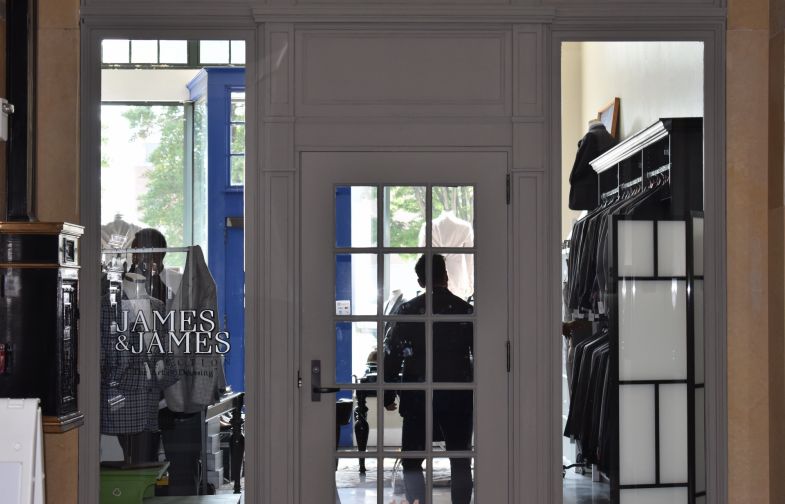 This story first appeared in the Aug. 8 print edition of GSA Business Report.

Some remembered Elvis playing on its stage.

Others had parking tokens, light fixtures and elevator signs from its heyday. Some stopped on site to swap stories about an uncle who was a janitor, usher or patron. One woman brought bonds issued to construct the building during the 1920s.

Everywhere Tom Finnegan and his development team turned, Spartanburg residents came out of the woodwork to share how the city’s once-highest skyscraper had shaped their childhoods, their family’s livelihood.

But if the building inspired the art deco imaginations of long-time Spartanburg residents, it was also an albatross that drummed up liability and development nightmares for city leaders. And in many ways, the building served as a barometer of Hub City’s revival from the time most of its seven railway lines came to a halt.

“It was such a blight on the city and really a barrier from downtown proper, out Church Street toward Wofford,” K.J. Jacobs, principal of McMillan Pazdan Smith, told GSA Business Report. “It really was a kind of psychological barrier for folks coming out of the Northside and Wofford into downtown and vice versa.” 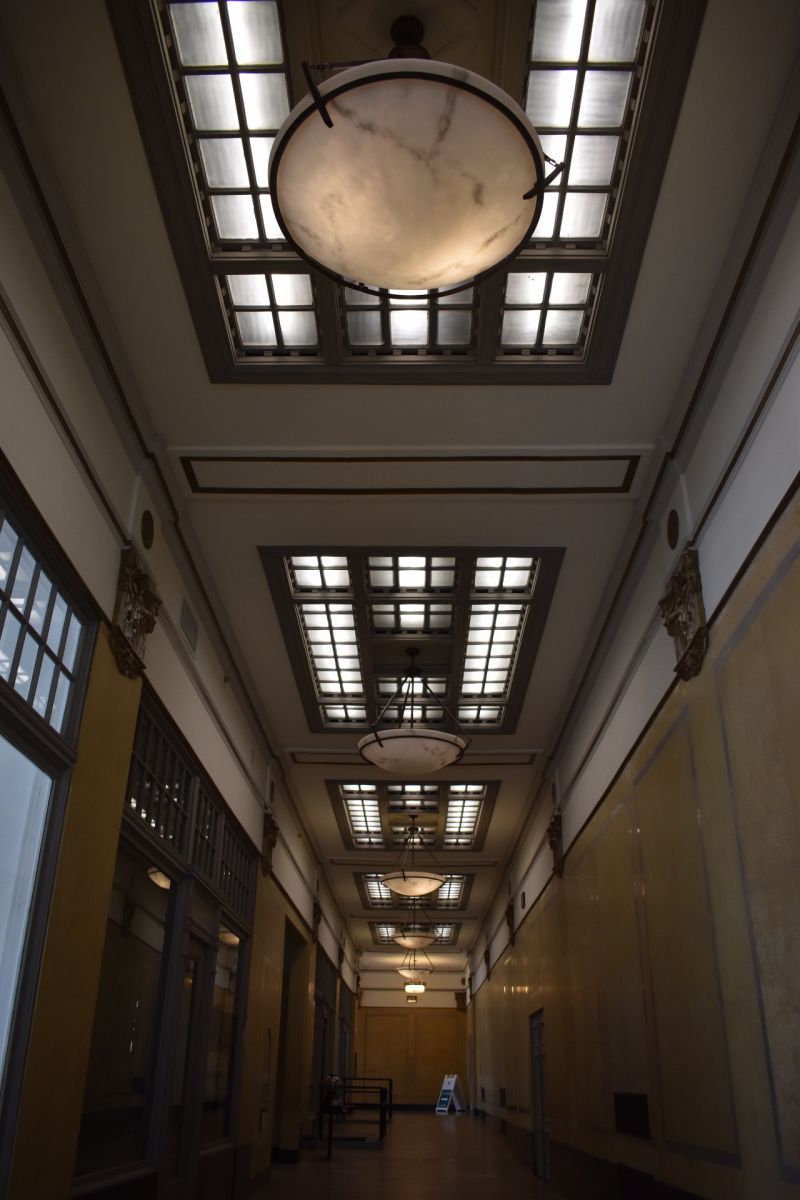 Pedestrians would have to evade falling pieces of concrete, an orange construction mesh and scaffolding the city erected to “protect folks if they were to dare to walk under there.” Homeless people took shelter inside, and all 10 stories of windows were busted out.

“I certainly wouldn’t want my daughter walking out there late at night or my son coming to that building,” Finnegan said. “It was dark and boarded up and you know, it looked like something out of a war zone.”

You don’t expect that in a prosperous area where industry is coming back, he added.

The city had heard numerous promises to rehab the building from various developers over the years, so when Tom Finnegan and his partner James Bakker said they would invest in the project, they were met with skepticism but also strong support from officials who wanted to give the building one last chance before demolition.

“We’re fortunate that Tom Finnegan and James Bakker came along, fell in love with the building and were really committed to the really very difficult process of historic tax credits to make the investment make sense,” Jacobs said. “Everybody wanted to save the building, but it was never financially viable. They were able to combine their passion for it and a belief that it could be done and their vision for it with the vehicle of historic tax credits that made it financially possible.”

The close to $30 million project relied on Harper General Contractors practically rebuilding the skin of the 127,000-square-foot building to match the original, according to Jacobs. That alone was one factor that moved the project far beyond the typical historic preservation and adaptive reuse development.

“What made this interesting was the combination of the adapative reuse, the preservation, the scale of the building; being a high-rise building in an urban environmnent made this really, really tricky,” he said. “And I think just the nature of the construction of the exterior of the building just made it really challenging to try to understand what it needed to look like as we’re starting to try to put it back together.”

Once completed in 2018, the buliding was lavished with awards from the Traditional Building Magazine, ENR Southeast and CREW Upstate. On July 23, Gov. Henry McMaster recognized the team at the Statehouse with Preservation South Carolina’s 2021 Honor Award.

“This is one of the most extraordinary projects that has ever been submitted,” Mike Bedenbaugh, president and CEO of Preservation South Carolina, said in a news release before the event. “The challenges that had to be overcome with this building, most of the time, would have led to the demolition of other buildings. That’s why it deserves this award.”

The challenge of financing the building with waning tax credit returns and of filling retail, multi-family and office space was still on the books for the Montgomery Building. Especially with a virtual freeze on those markets at the beginning of 2020. 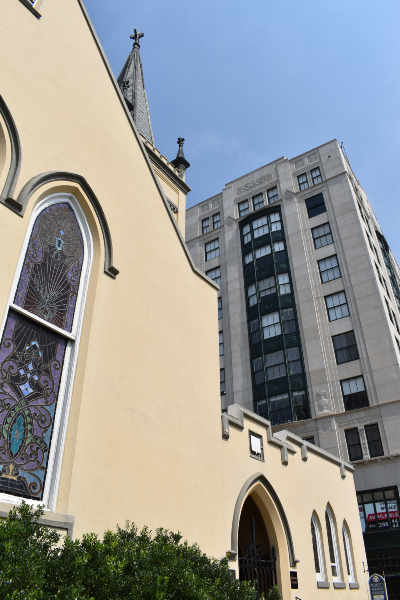 But if One Spartanburg Inc.’s benchmark data is an indicator, Spartanburg’s central business district is recovering with a vengeance.  The city’s capital penny sales tax and the county’s hospitality tax are both surpassing pre-pandemic levels, while visitors to Morgan Square far exceed 2020’s numbers.

“The apartments leased up very quickly when they first opened and to my knowledge, they still have very strong occupancy rates,” said Jacobs, adding that all the retail space has been filled. Modern Real Estate Consultants was one of the most recent tenants to lease out a 1,781-square-foot space in the building this year. Several restaurants inquiring about the space had to be turned away, while Sidewall Pizza and the Pharmacy Coffee still stand at either corner of the building off North Church Street.

“We’re finally starting to see some action in the office space and executive office space in Spartanburg, and just in general, that we hadn’t seen prior to the pandemic,” Finnegan said, adding that he looks forward to opening the building’s old theater in the years ahead.

As office and retail rents plunge elsewhere, tenants that must have a brick-and-mortar location and can afford one, have made the move to newer developments with more bells and whistles, he affirmed. Or in the case of the Montgomery Building, older developments with new amentities and customer appeal.

“The whole dynamics of COVID have been tough. Absolutely,” said James Jenkins, owner of the James and James Collection men’s wear and custom suit shop located between a salon and a barbershop on the first floor. “But with the new renovations and us being right here, still we try to do really good looking windows to attract some business. It’s been tough, but we have some good clients, and it’s slowly going back to where it needs to go.”

Jenkins moved into the location in 2018 and as a long-term Spartanburg resident, he’s been following — and benefitting personally — from downtown’s revival for years.

“With the city and the city manager, what’s going on is they’re visionaries, and it’s really going forward,” he said. “You really have to have that … especially with the new folks that are coming into Spartanburg, all the new people, it’s not that old Spartanburg. It’s moving in a new direction.”