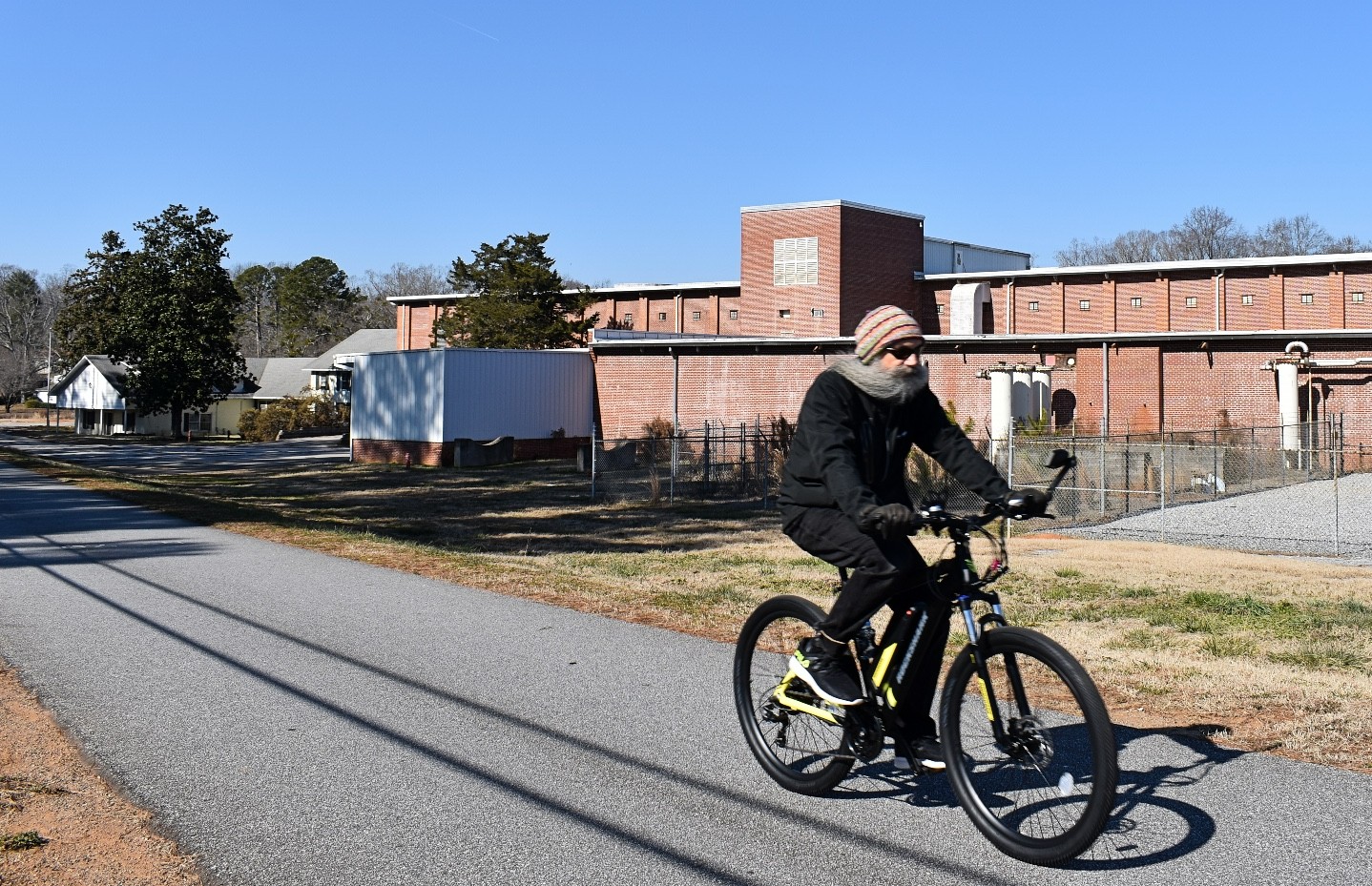 Farpoint Development, a Chicago and Asheville-based company that specializes in real estate development, will spearhead the project in partnership with Annenberg Investment and Baum Revision. CBRE’s Nick Hollstegge and Katherine Southard represented Alice Co. in the $2.6 million sale, according to a news release.

“We are excited at the opportunity to own and redevelop such a unique asset that is so integral to the Arial community,” Justin Patwin, managing director at Farpoint Development, said in the news release. “We are especially thankful to the McKissick family for being great stewards of this asset for so many years and working with our team to gracefully transition ownership to support the mill’s next chapter as a mixed-use development.”

The 212 Rice Road plant, which has served as the hub of the Arial Mill Village for decades, was built off a Pickens railroad main line in 1929.

Alice Manufacturing Cos. operated the site as a textile mill for 75 years, employing about 400 during the mill’s peak, according to the company. During the mill’s last 10 years in operation, it became a distribution center for Alice’s New York-made fashion bedding brand.

The company’s nearby Ellison plant had produced greige fabric and yarn since 1966 until a “flood of imports from producers in non-market economies” led to the mill’s demise in 2018, according to a company announcement at the time, marking the end of an era for many in Pickens County. Another former Alice mill on Rice Road, Foster Plant, was heavily damaged by fire on Jan. 30.

Pickens County and South Carolina officials are assisting developers with the preservation of the original structure as they revitalize its 343,686-square-foot frame to house lofted apartments.

The property is located within an Opportunity Zone and, once redeveloped, could have access to federal and state historic tax credits, S.C. Textile Communities Revitalization Credits and New Market Tax Credits, according to CBRE.

Plans for the remainder of the Arial campus will be finalized over the coming months, according to developers.

“We are so happy to know that Arial will be restored, with a new purpose that fits today’s growing needs of Pickens County,” McKissick said in the release. “Farpoint Development and their partners have a proven track record in adaptive reuse, and we’re excited to see what they will do with Arial. That, along with their desire to contribute to the growth of Pickens County, makes them an ideal new owner of this property.”