The phytonic blue metallic BMW X3 iDrive M40i with leather interior rolled off the production line at Plant Spartanburg Friday. The significance is it marks the 4 millionth vehicle produced by BMW Manufacturing in South Carolina. 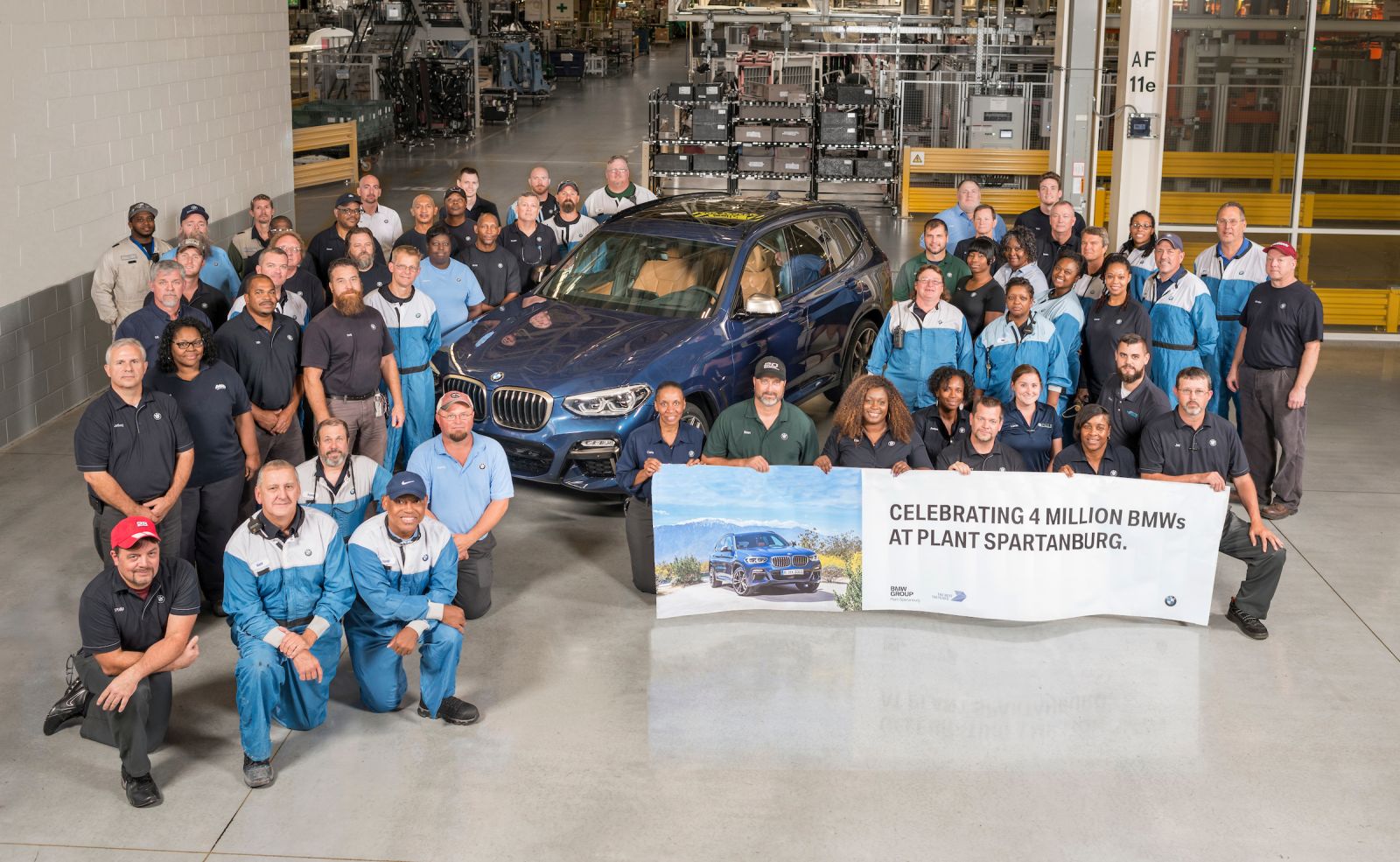 “This achievement reflects the commitment and dedication of every associate to produce premium quality vehicles,” said Knudt Flor, president and CEO of BMW Manufacturing Co., in a news release.

The 4 millionth vehicle is being shipped to a dealer in Vienna, Austria.

The plant now produces 1,400 vehicles each day, exporting 70% of those. The plant exclusively produces the X3, X4, X5 and X6. In 2016, Plant Spartanburg became the largest BMW plant in the world by volume after producing 411,171 vehicles during the year.

The BMW Group is investing an additional $600 million in the plant as it plans to add additional X models such as the X7. The company said it will add 1,000 new jobs to the plant’s roster of 9,000 through 2021.