The ongoing tariff battles between China and the U.S. could cause Volvo to build fewer vehicles over time at its new S.C. plant, said Jeff Moore, head of the Volvo Car Charleston Plant.

Volvo workers in Berkeley County began production of the S60 — the company’s new midsize luxury sedan — in September. The automaker plans to ramp up production over the next year, with half of the S.C.-made S60s intended for North American customers, and half going to overseas buyers.

The vehicles are slated to begin arriving at North American dealerships this year. The company plans to begin exporting S60s to international customers in 2019. 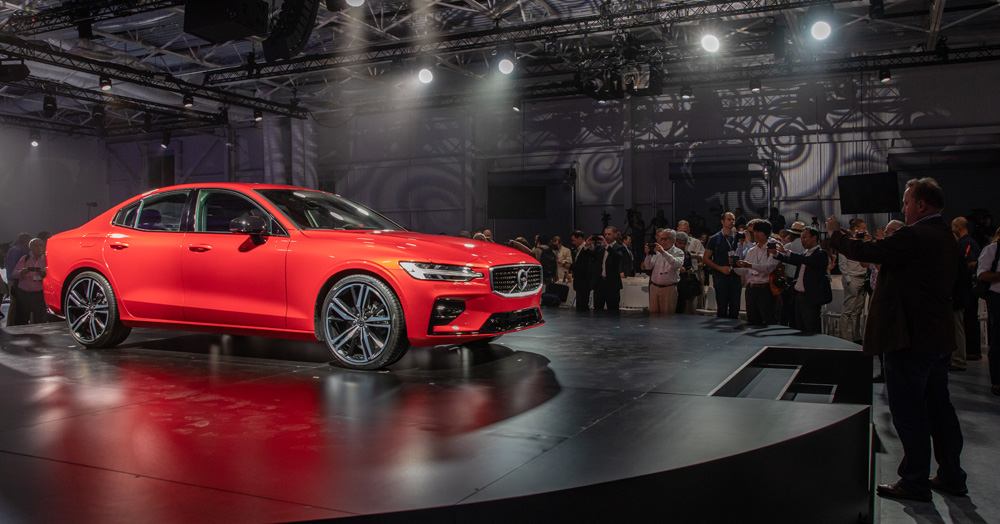 “Our volumes continue to increase next year, and that’s based on that export volume, so to the degree that the tariffs impact that export volume, we would build fewer cars,” said Moore, also Volvo Car’s vice president of manufacturing for the Americas.

The tariffs have already spurred Volvo to say it will not sell any S.C.-made S60s to China to avoid additional taxes. The automaker still plans to export half of the S60s, with the caveat that the cars previously designated for Chinese customers will now likely go to European customers, Moore said.

The U.S. and China agreed during the G-20 summit over the weekend that they would take a 90-day reprieve from the tariffs, and China has reportedly said it would reduce taxes on U.S. vehicle imports, according to numerous media outlets. The temporary truce is a possible step toward negotiations, although many companies have already altered production or supply chain plans in response to the tariffs.

“We’re monitoring the developments, but no decisions have been taken to change our current plans,” Volvo said in response to the latest news.

China and the U.S. have been enacting tit-for-tat tariffs for months, imposing taxes on hundreds of millions of dollars’ worth of goods and impacting numerous industries, including the automotive sector.

President Donald Trump has said the taxes on Chinese goods are an effort to strong-arm the government into improving trade relations with the United States and better protecting U.S. intellectual property. The Trump administration has taxed automotive parts and vehicles from China, and China has done the same on U.S.-made parts and vehicles.

The Trump administration has also placed tariffs on goods coming from Canada, Mexico and the European Union as part of its strategy during trade negotiations. Tariffs were met with outcry from affected countries, which have been longtime trading partners of the United States.

Moore said his main concern is what ongoing tariffs could mean long term for the company’s new campus.

“Our concern is less specific to China. It’s to the overall tariff situation globally,” Moore said. “At the end of the day, half of our volume is intended for export. If we’re inhibiting the free flow of trade between different regions, of course that’s a concern. Not a short-term concern, but longer term as we get into mid- to the second half of next year, it will be a concern for us.”

The Sweden-based, Chinese-owned company invested $500 million along with the state to build Volvo’s automotive manufacturing campus in a rural area off exit 187 along Interstate 26.

The automaker has spent years building out the site, creating a supplier base and hiring and training workers — all in an effort to launch its first car manufacturing operations in the United States and to bolster previously stagnant domestic sales.

Around 2,000 people will work to produce the S60 on the site by next year. Sales teams from Volvo retailers throughout North America have undergone on-site training this fall ahead of S60s arriving at their dealerships in the coming weeks.

Numerous Volvo officials — including Volvo Cars President and CEO Hakan Samuelsson, Lex Kerssemakers, Volvo’s senior vice president of global commercial operations, and Moore — have said they are opposed to any tariffs that slow or stifle trade, particularly after the opening of the company’s first U.S. car plant.

Most advanced manufacturers that have global operations rely on open markets to access an international supplier network and customer base. Volvo has five facilities in China, including two car plants and an engine plant, several sites in Europe and now a car plant in the United States.

While a global footprint enables companies to pivot — such as Volvo’s decision to move XC60 production out of China and into Europe — there are costs associated with such tariff-related decisions, Moore said. Costs can arise from the need to move equipment, set up a new facility, hire more workers, change suppliers or shift the logistics plan, including new shipping routes.

“My view is the tariff situation is going to ebb and flow, and Volvo as a company is pretty well situated with a global manufacturing footprint to be able to adjust accordingly. There are costs associated with making those changes, but it’s good to have the flexibility,” said Moore, noting that the company remains committed to the Volvo Car Charleston Plant.

Moore said the tariffs have not hindered the company’s suppliers or hiring plans in South Carolina.

The tariffs have also not influenced the company’s decision to invest an additional $500 million and hire another 2,000 people, for a total of 4,000, to build the next-generation XC90 in South Carolina in a few years. The company has pushed the XC90 production start by one year to 2022, however.

“The biggest market for XC90 is here in the U.S., so it makes a lot of sense for the next-generation of that model to be built here. ... Volvo has made a commitment with this plant to this market, so we’re going to build the cars that this market especially, is requesting, and XC90 fits right in there,” Moore said. “S60 is a good start for us, and we’re looking forward to the XC90 after that.”

Moore said the launch of XC90 production in the Lowcountry could boost Volvo’s supply chain in the state.

“That will give us a big opportunity from a supply chain standpoint to make some changes,” Moore said. “We’re looking forward to that expansion. … Our volumes are increasing, so the opportunity for us to do more locally will increase as we grow here in Charleston.”

This story originally appeared in the Nov. 26, 2018, print edition of the Charleston Regional Business Journal. It has been updated slightly since the weekend's G-20 meeting.

How do you conclude in your headline that Charleston Volvo plant will be “hobbled”. That’s certainly not what company executives’ comments in your own article bear out. “Hobble” seems to be an exaggeration. I generally find SC Biz coverage to be more down the center lane!

Thanks for your feedback. It led to a discussion with our editorial team, and we decided to change the headline to better fit the story. If you'd like to continue the conversation, please reach out to editor Andy Owens at 843-849-3142.