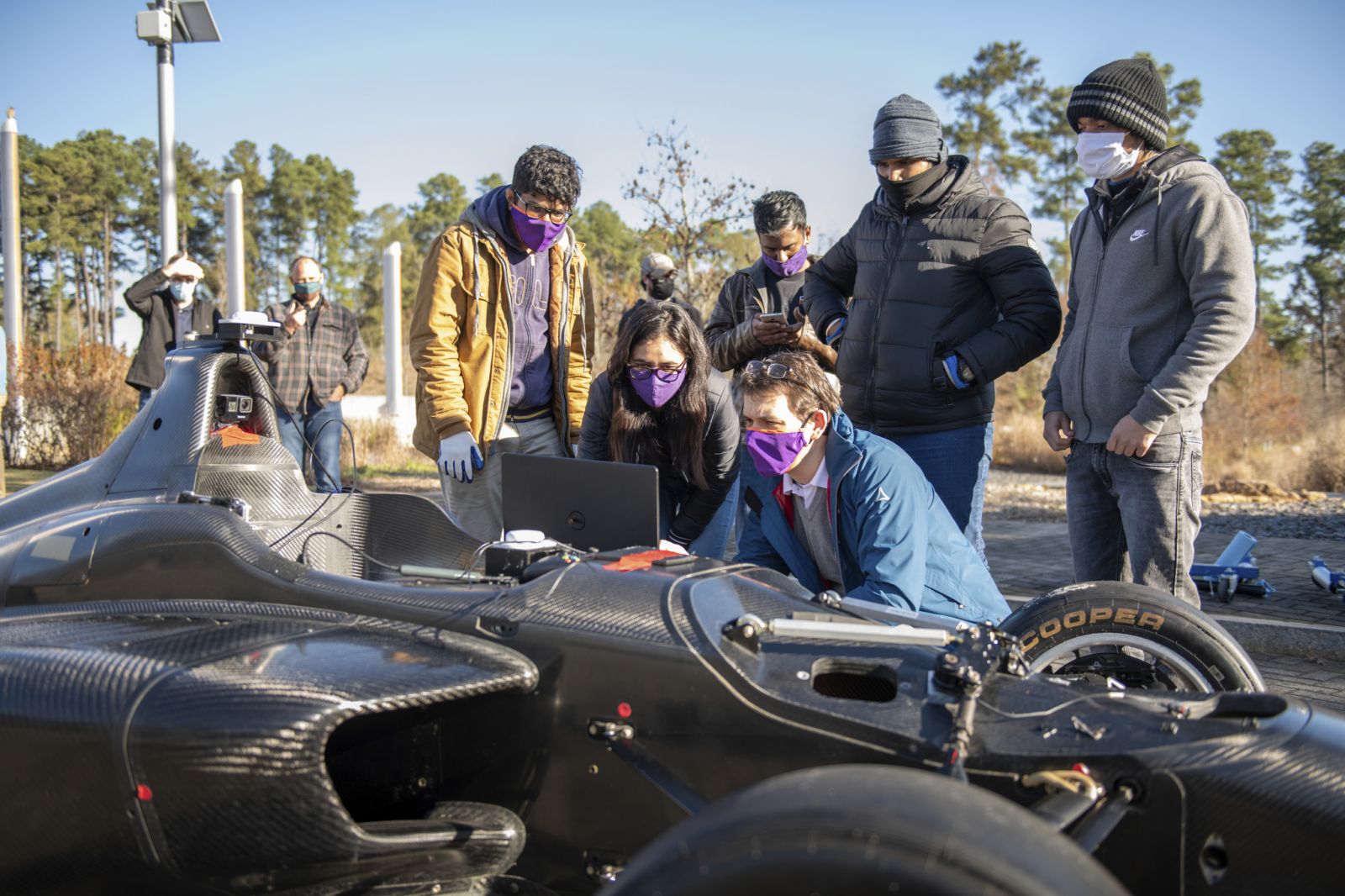 Thirty universities from Indiana to India will converge on the Indianapolis Speedway this October amid the simmer of hot rubber and squeal of tires in pursuit of the gold and a $1 million purse.

But in this race, only a computer is in the driver seat.

And the ultimate winner? The autonomous vehicle industry. 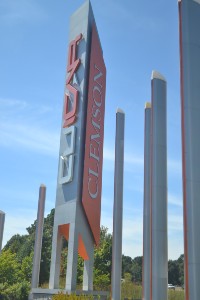 “Self-driving cars are the next grand challenge in automotive technology, but we’re still a ways away from an autonomous vehicle that can drive anywhere and everywhere,” Paul Mitchell, one of the organizers of the first Indy Autonomous Challenge said during a press conference. “We knew that there was a major leap that had to be taken. What better way to do that than a high-speed race at the most famous racetrack in the world?”

Especially when the next generation of auto industry programmers are trying their hand at building and racing what Mitchell calls “the most advanced, fastest autonomous vehicle ever developed,” also known as the Dallara IL-15 – a $1 million vehicle complete with radar, lidar, optical cameras, advanced computers and Schaeffler’s drive-by-wire steering.

Rival collegiate teams have spent the past two years crafting algorithms for this moment. Auto industry wunderkinds from R&D stalwart CU-ICAR have spent two years in the garage and lab crafting the ride with love, wiring and welding.

Because as much as the autonomous vehicle industry revolves around replacing the driver with artificial intelligence, CU-ICAR recognizes the most important investment is in human capital. 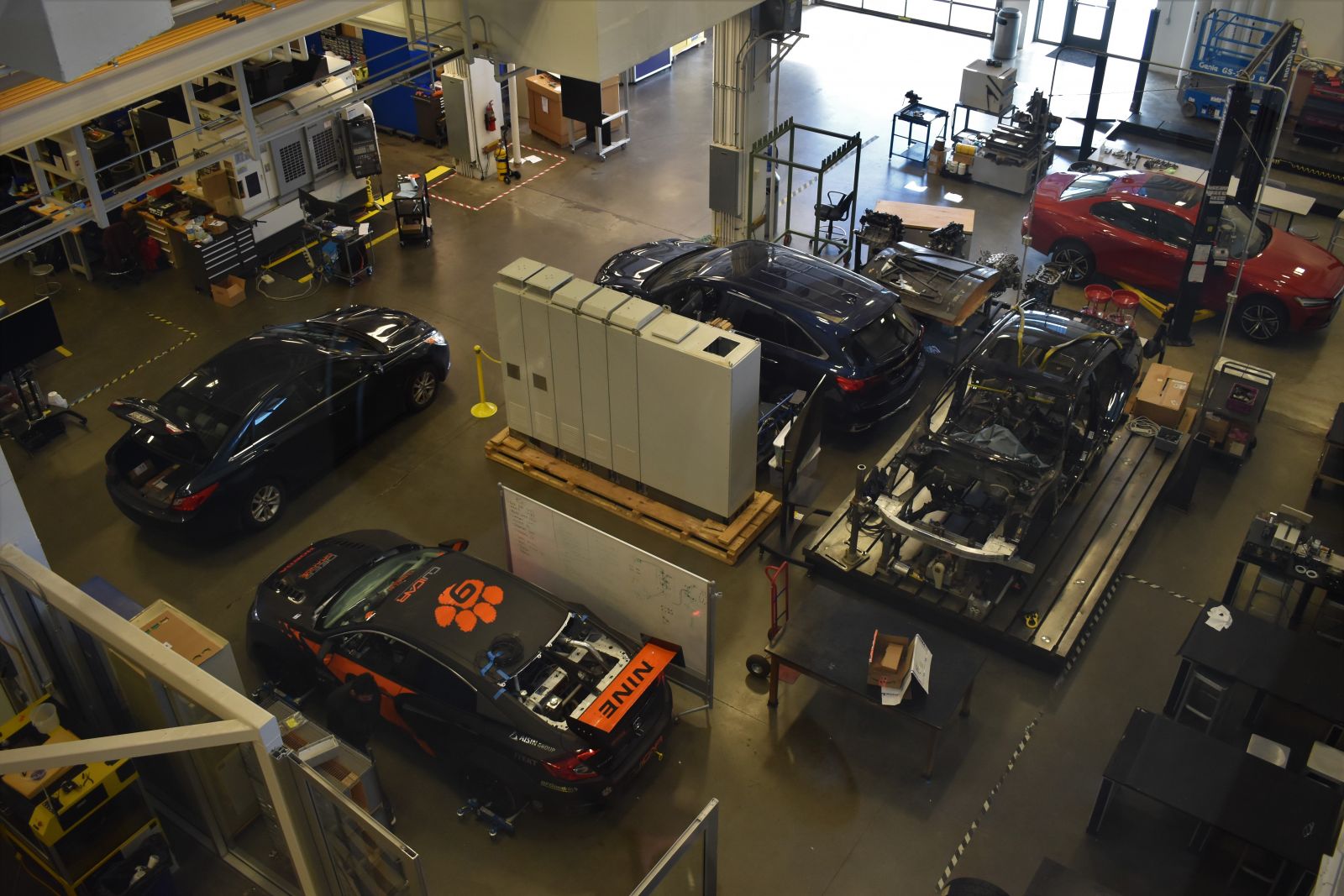 Initiatives, told GSA Business Report. “And that is a critical factor of it. And we’re producing some phenomenally talented individuals and putting them out there in the workforce.

The project is the latest in a series of experimental projects pioneered by CU-ICAR’s Deep Orange R&D squads, comprised of each year’s graduate students on their way to careers at traditional CU-ICAR partners and 21 tenants including BMW, JTEKT, Ford, Honda, Toyota, GM, Tesla, Exxon Mobil and suppliers, as well as tech giants not traditionally included in the auto industry line-up. Deep Orange is an ongoing project that immerses students into the design and assembly of concept cars.

“What we like is the overlap of industry,” said Ellenberg.  “And so when you look at what we’re doing here, while it is built around transportation and mobility platforms today, that means the inclusion of companies like Amazon and Apple and Google and Samsung.”

The earliest projects, some appearing to have driven in from decades in the future, line the steel corridors and garages of CU-ICAR’s graduate engineering center: a reimagined 2025 electric BMW Mini Cooper complete with a holographic dashboard and hood-replacing dashboard, a fully 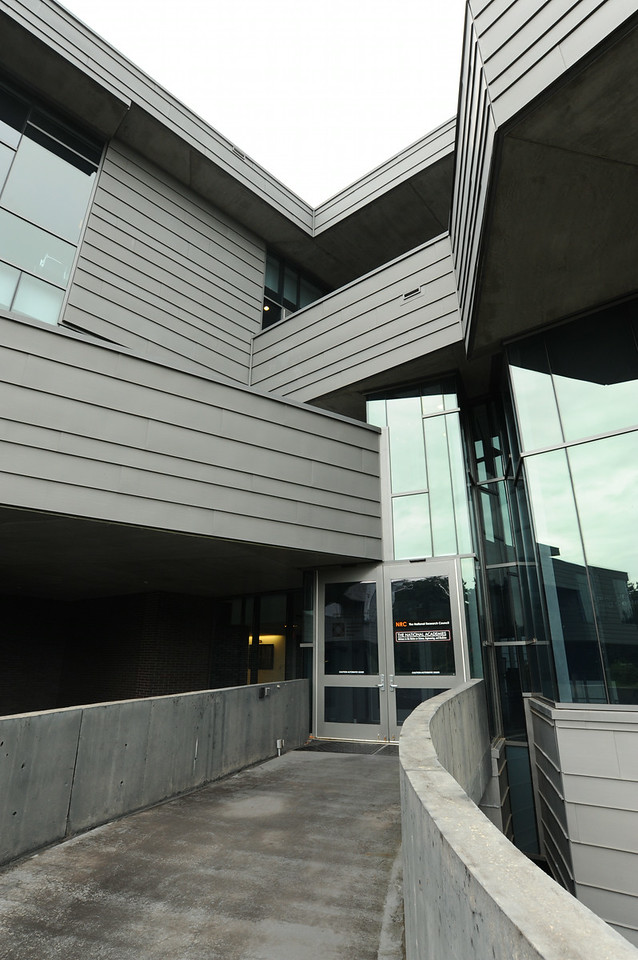 autonomous Mazda hybrid sportscar that looks like a possible inspiration for the Mazda X4, a hybrid rally-cross racer, among others. Deep Orange 10 and 11 are still in the works and hidden away within the labyrinth of the building. Project 13 is still a glint in the newest graduate students’ eyes.

Deep Orange 12’s brainchild, however, glistened under florescent shop lights as students continued to wire together the brain of the racer with its body. The car’s prototype had been unveiled at the Indianapolis Motor Speedway in January, but according to CU-ICAR Executive Director David Clayton, just the carbon fiber composite shell was used for photo ops. The race to a completed vehicle was just beginning.

Students recently installed the engine, which can present an even greater challenge in an Indy racer than the typical consumer-friendly vehicle since the engine links the front of the car to the back. The next step included wiring the computing component of the vehicle, as well as a custom-made hood complete with cameras, lidar, lasers and other sensors, which then must undergo extensive testing before the summer ends. Clayton expects the vehicle to be complete around May.

“Now, Dallara makes the body, and other partners can come in and build our car,” he said. Between 10 to 15 copies will be created of the CU-ICAR prototype, made possible through CU-ICAR’s relationship with industry leaders EY, Aptiv, New Eagle and Hexagon. 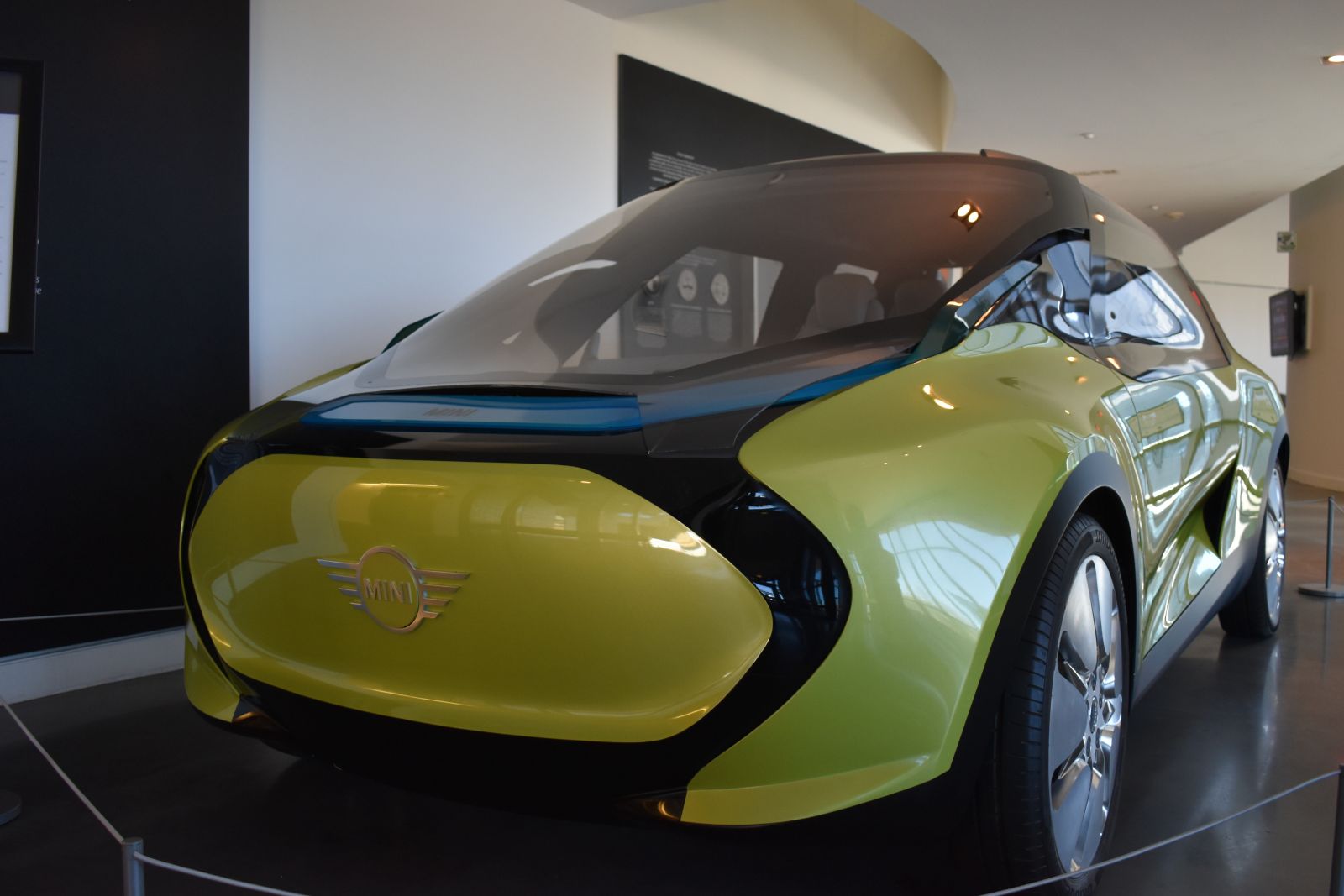 Even the testing process of CU-ICAR’s autonomous projects rely on industry partners — some that have crossed oceans to be in proximity to the campus.

Belgian-based global positioning system Pozyx moved to Greenville in February to become neighbors with its partner, Gemba Systems, but also due to its extensive work with CU-ICAR’s autonomous vehicle program, according to Yves Ghys, managing director and CCO of Pozyx’s North American office.

Pozyx’s inconspicuous, yet critical presence on the CU-ICAR campus can be found in the shape of a small silver box mounted on the periodic light pole.

“It’s part of a very innovative project that they are doing there with automated vehicles, where they have actually installed our technology on what they call “smart light poles” which are spread all over the campus, which allow for autonomous guided vehicles and autonomous mobile robots to drive around on the campus ground,” Ghys said. 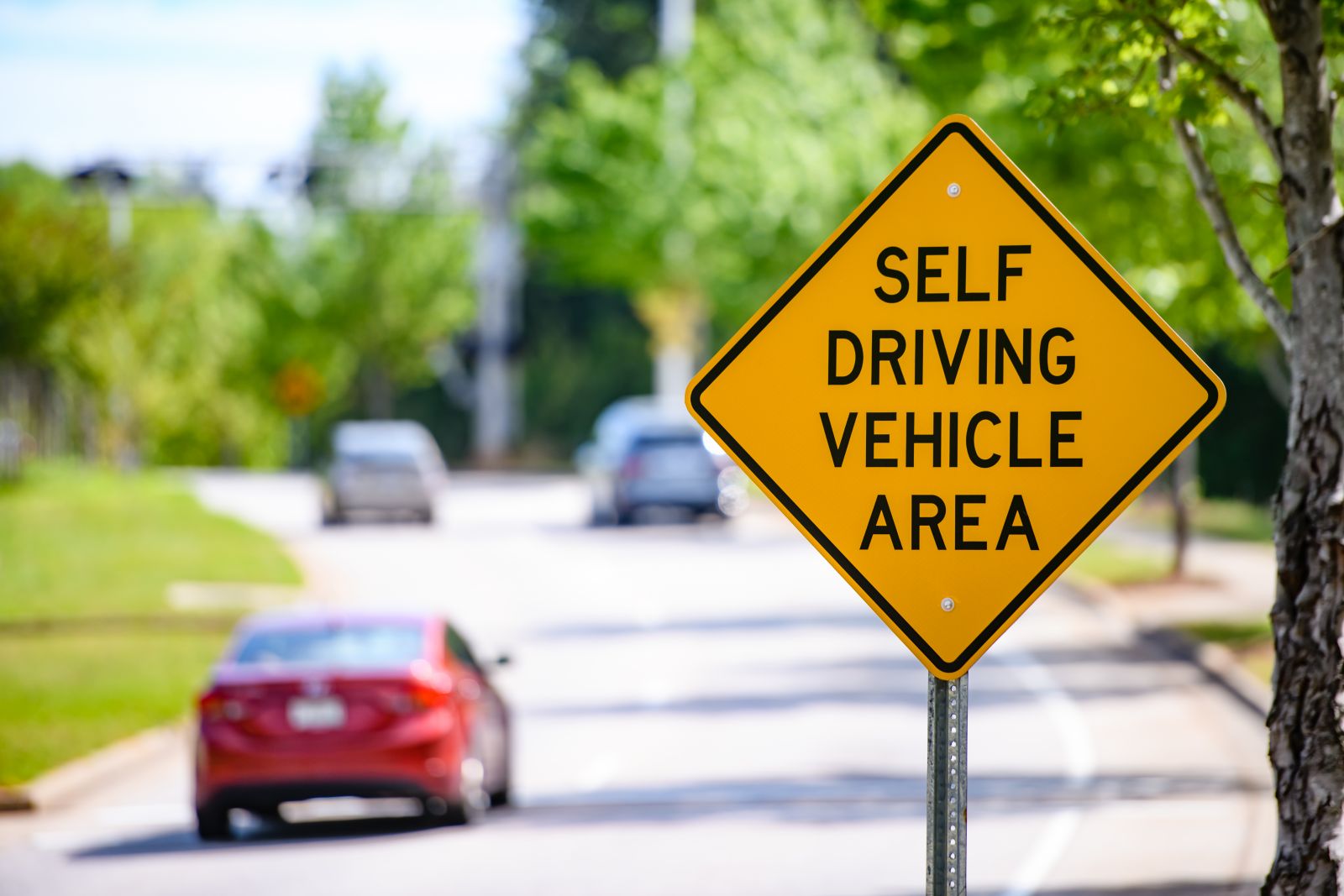 Poxyz’s real-time locating system relies on ultra-wide band radio technology to collect data on tagged objects within a certain radius, whether it’s materials or tools on the manufacturing floor or a driverless vehicle. Poxyz’s technology, mounted inside of these silver boxes, provides the accurate positioning needed by the Deep Orange research team to help guide their autonomous vehicles.

“The uses of it are myriad,” Clayton said. “You can use it to help build a prototype vehicle or … use this system to localize the vehicle and then help them navigate the road in CU-ICAR, and the same way on the shop floor. The shop floor is almost like a microcosm of the city and robotics that might be passing through a plant would need to know where they are very precisely.”

He added that the use of Pozyx’s ultra-wide band tech, often used in automated manufacturing systems, is just another way that automation is bringing the automotive and wider manufacturing sectors industry under one tent through CU-ICAR’s cross-disciplinary programs and the field, especially as autonomous vehicles remain on the test track for now, with R&D efforts racing forward at 180 mph as customer acceptance and infrastructural efforts inch forward. 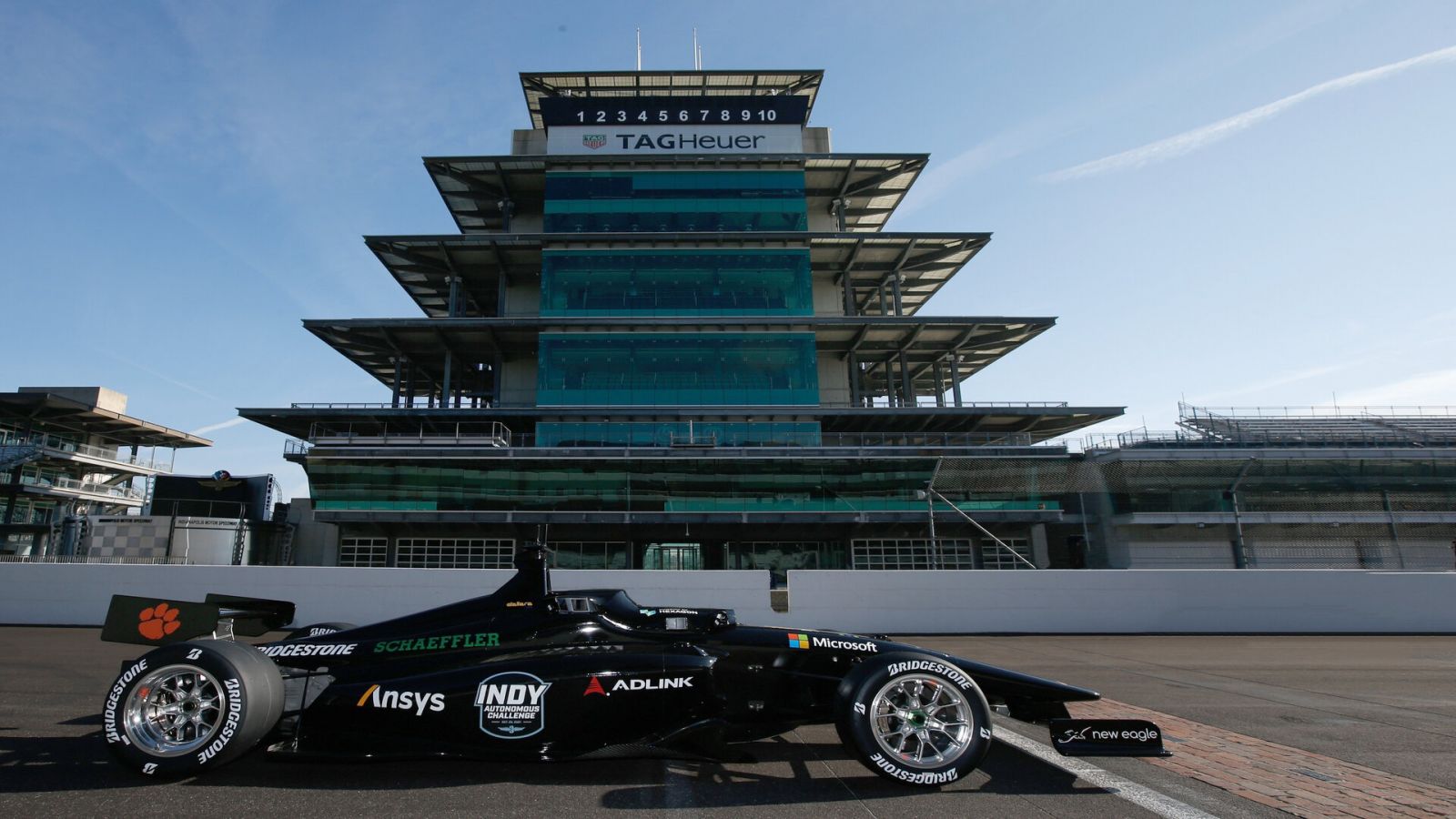 According to Clayton, community experiments with slow autonomous passenger vehicles, such as at retirement communities in Florida, have already hit the road, but the federal framework for validating and regulating autonomous passenger vehicles has a long way to go before fully autonomous vehicles hit the highways. User acceptance also has a long way to go, but CU-ICAR will keep pushing the limits on what technology with be available once fully autonomous vehicles come into vogue.

“Really, as far as technology development, this is cutting edge,” he said, adding that if a self-driving car can operate successfully at almost 200 mph, it may boost public confidence that autonomous vehicles are safe on the interstate running at 80 miles an hour. “The time to react is so much shorter, a football field every two seconds,” he said. “The car has to be able to see its surroundings and not collide, understand where its going. It’s going to have to see, think, act all in a split second, and then communicate from the vehicle to some base communication tower and to the other vehicles — so there’s lag there — and it all has to happen in less than a second.”

This story first appeared in the April 5, 2021 print edition of GSA Business Report.