This story first appeared in the Dec. 13 print edition of the GSA Business Report.

Auto companies unable to adjust to the coming tide of change — electrification, autonomy and connectivity — will likely not survive the next decade.

That was the smoke signal Andraes Bareid, electric vehicle account manager for the ERP software company Qad, picked up from the auto industry in 2019. 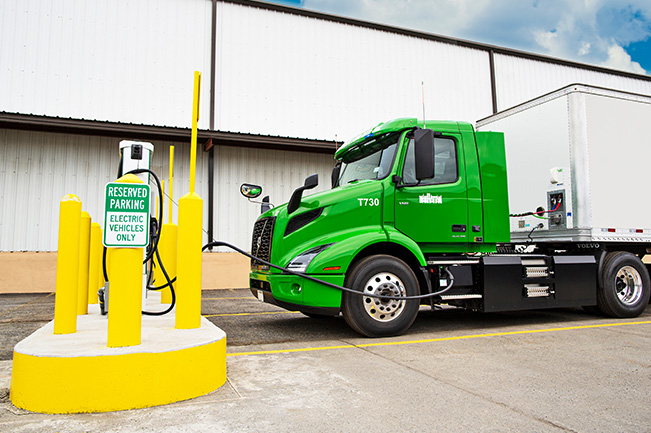 Bareid saw the prediction only amplify this year’s struggles in the automotive sector as ships, heavy with cargo containers, stalled outside ports, and glistening lines of undriven cars awaited computer chips.

The industry as a whole contracted by 16% in 2020, while the electric car market expanded by 41% year-over-year, according to the International Energy Agency’s 2021 outlook report.

“Little did we know how the pandemic would act as a catalyst to this change,” he said. “It’s not only regulatory change, consumer behavior, supply chain shortages, but it’s also how we are choosing things differently.”

Lightweight consumer vehicles tend to take the drivers’ seat when it comes to electric vehicle development, but the past year has prompted a flush of investment in fleet and commercial vehicle production.

Volvo Trucks North America, with headquarters in Greensboro, N.C., began manufacturing two electric tractors and a straight truck at a plant in New River Valley, Va., this year through a $400 million investment.

Customer demand and a spike in e-commerce prompted the company to fast track the production of the electric regional, or day-cab, vehicle, Pope said.

A $45 million grant from the California Air Resources Board also enabled the company to launch Volvo Low Impact Green Heavy Transport Solutions, a three-year pilot project where the company uses battery-electric trucks and equipment to move freight between ports and warehouses in Southern California.

“The diesel combustion engine is not going away,” Pope said. “It will be there, and it will continue in certain applications in certain regions of the world, in certain heavy, heavy-duty applications where it makes sense.”

Earlier this year, the Volvo Group announced plans to go fully electric by 2030.

A few years ago, the only large commercial EVs on the market were transit buses, according to a 2021 market report from M.J. Bradley and Associates.

In 2021, companies can select from 40 different bus varieties. Close to 50 medium-duty and 29 heavy-duty electric vehicles populate the market today.

And that number is only growing, especially in the Southeast. 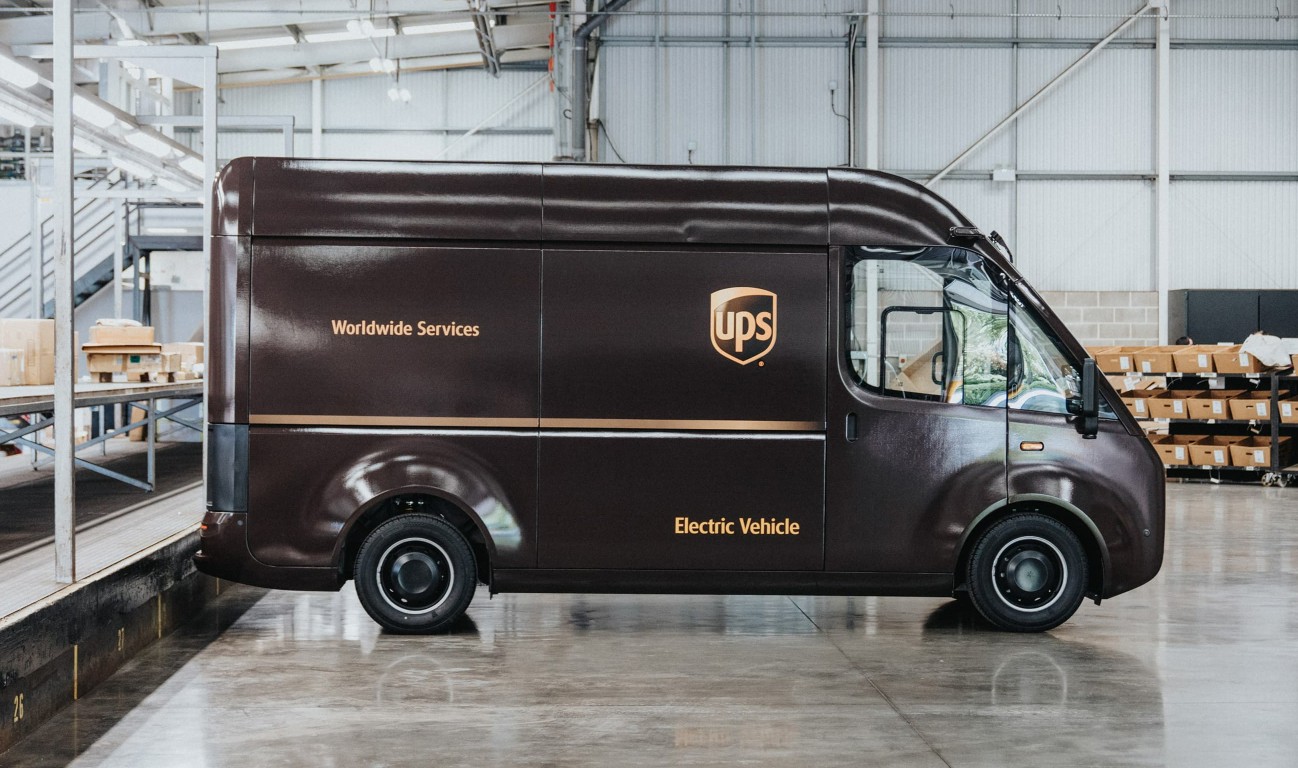 U.K.-based Arrival announced its $49 million investment in a microfactory for electric delivery vans in Rock Hill last fall, set to launch production during the second quarter of 2022. A few months later, it also tacked on a $41.2 investment at a microfactory in Charlotte, which will be able to assemble 10,000 delivery vans each year, according to the company.

On Dec. 6, the company announced plans to invest $11.5 million in a high-voltage battery module assembly plant in Charlotte, capable of producing tailored replacements for customers.

“By bringing the assembly of our proprietary high voltage battery modules in house, we’re striving to be as vertically integrated as possible,” Mike Ableson, CEO of Arrival Automotive, said in a statement. “This will enable us to have even greater control over the functionality and cost of our products and pass those cost savings on to the customer while also working toward our goal of zero waste production.”

Finnern had just returned to the company’s Greenville manufacturing center after visiting the American Transportation Association Conference and Expo in Orlando, Fla., where his team joked among themselves that “it was really hard to find a diesel engine in the entire 350,000-square-foot convention.”

While bus electrification may lag behind consumer lightweight vehicles, he added that it ties in well with the sector’s needs with its stop-and-go usage, fixed routes, depot-based operations and high mileage. 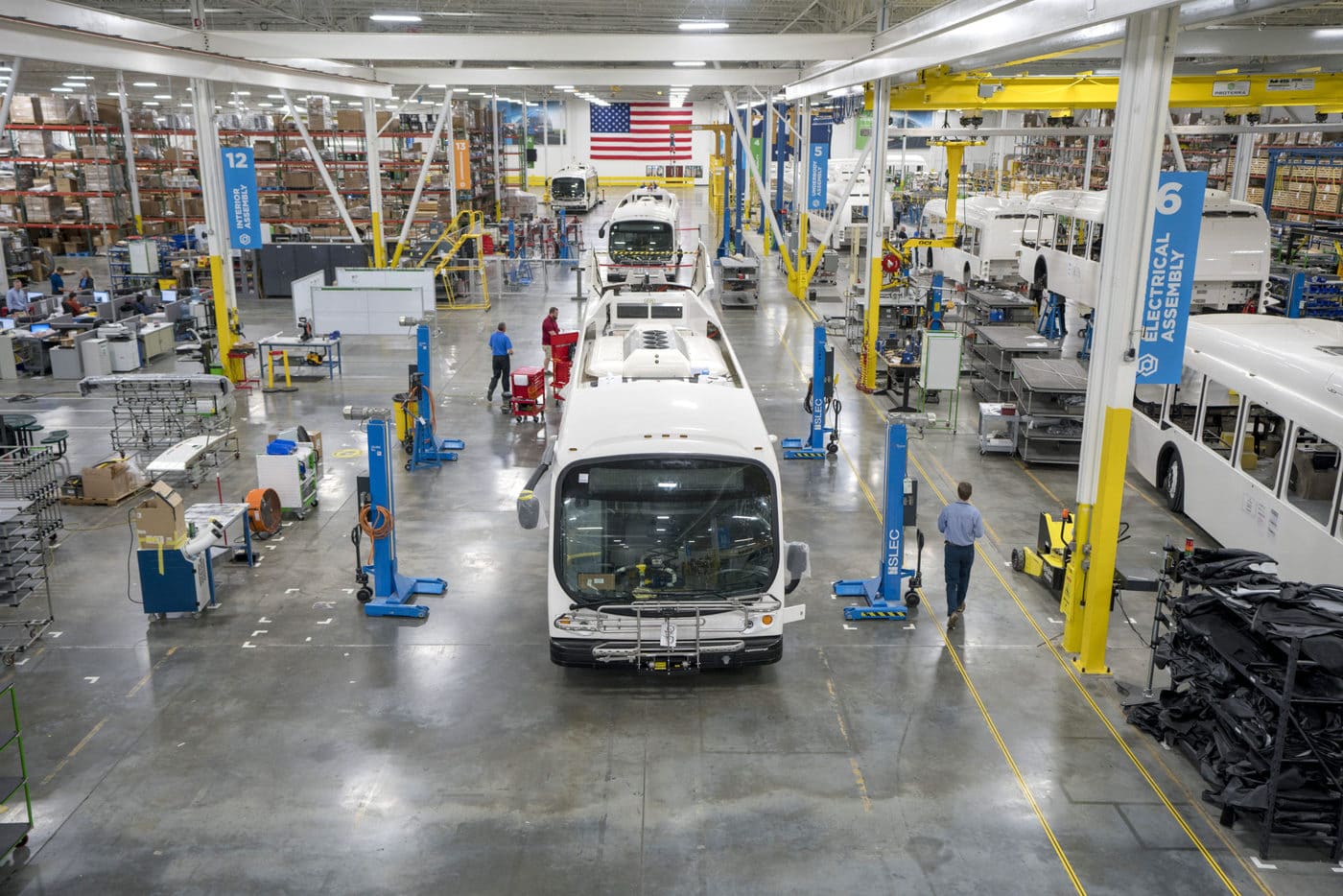 Proterra went public on the New York Stock Exchange this year, garnered a contract with Miami-Dade County, Fla., for 42 electric transit buses and 75 chargers in June and began to power electric forklifts and top handling machines used at ports in July.

“Getting to this point, it was almost a decade of infrastructure building at Proterra,” Finnern said.

Targeted government recovery initiatives will play a major role in spurring on an expected 148.5% and 44.9% compound annual growth rate from 2020 to 2026 respectively for electric trucks and electric buses, according to Research and Market’s U.S. electric commercial vehicle market forecast.

Federal infrastructure bill aside, Pope said most government investment in Volvo Trucks has come at the state level.

“They’re not at a federal level at this point, but clearly we see certain states that are very active in this region doing incentives through carbon credit programs that help pave the way for the early adopters to prove that the solutions will work,” he said.