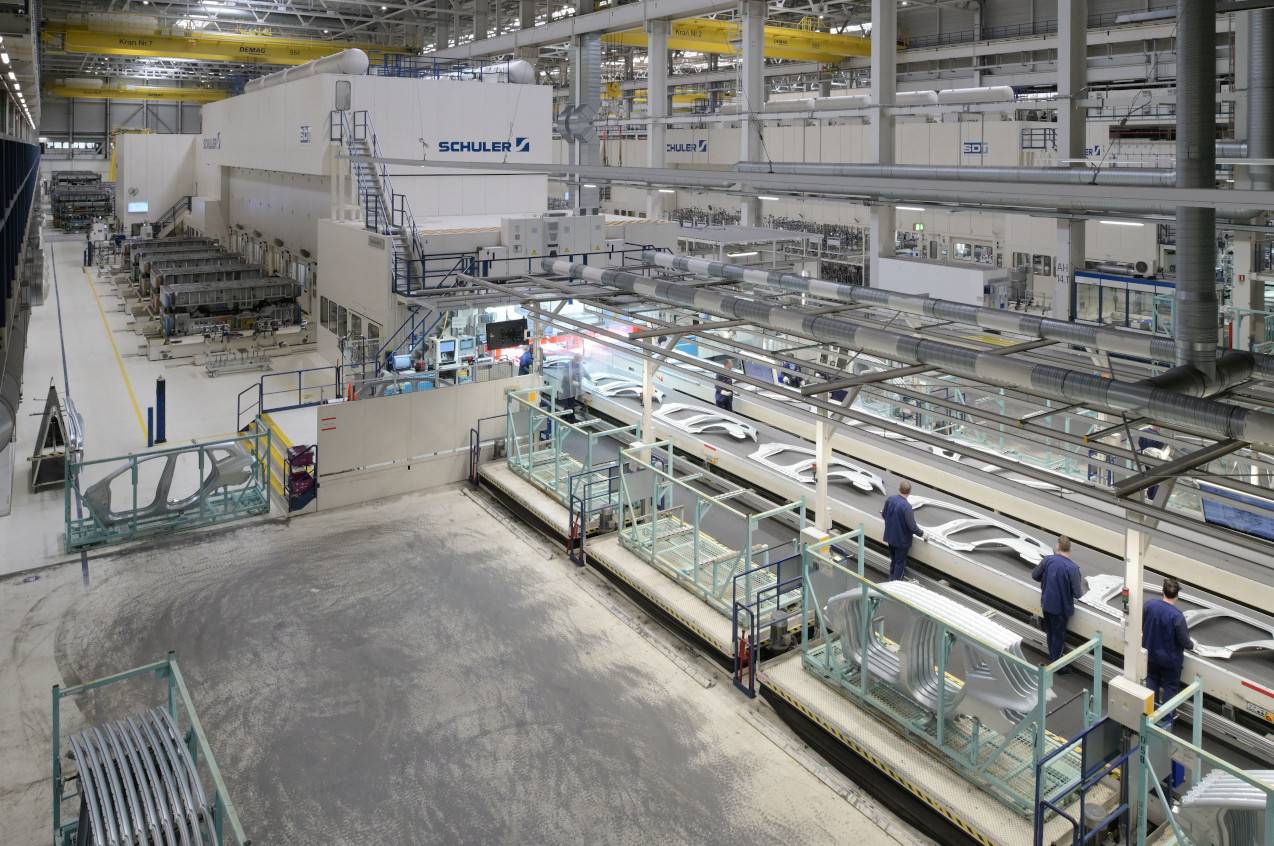 BMW Plant Spartanburg will expand with construction of a 219,000-square-foot press shop slated for a summer 2024 opening.

The more than $200 million investment, announced at the S.C. Automotive Summit in Greenville March 2, is expected to create 200 jobs in the Upstate. The foundation for the project has already been laid, according to Robert Engelhorn, CEO of BMW Manufacturing.

The press shop — located on the BMW Plant Spartanburg campus — will take raw coils of steel, cut them into blanks and stamp sheet metal parts for future BMW models, he said during the announcement. These components include hang-on parts such as the vehicles’ four doors, fenders, exterior body sides and lift gate. 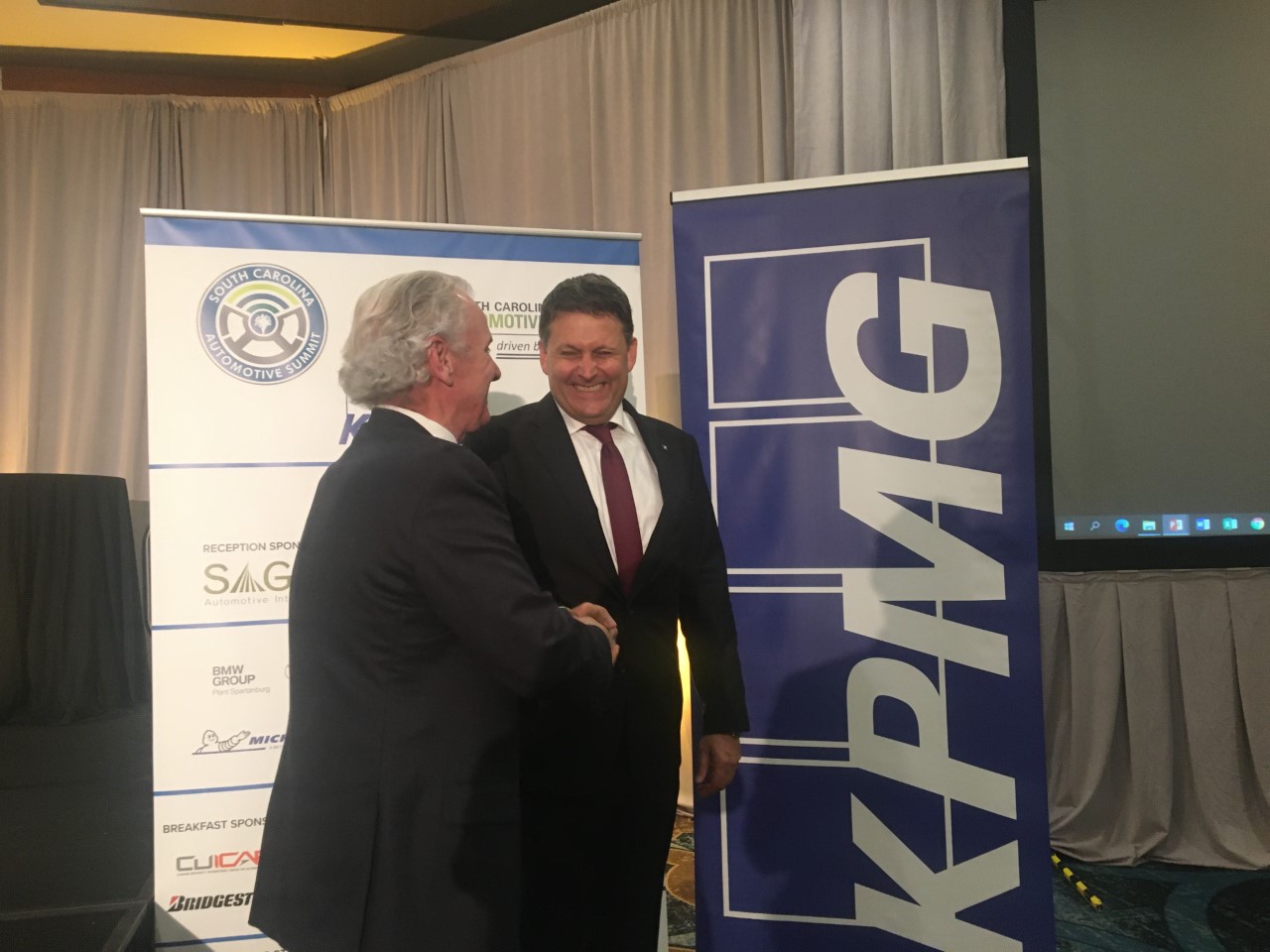 “The press shop is a big cornerstone for us,” Engelhorn told GSA Business Report, adding that the stamped parts serve as the fundament of the car’s design.

The press line includes five press or stamping stations equipped with servo technology, which increases the output capacity of the presses. The correct press tool or die is fitted onto the press using an overhead crane. A crossbar feeder robot feeds the blank from one press station to the next throughout the process for additional trimming and formation.

The addition will be defined by new developments in automation technology, which Englehorn said was the key to scaling hurdles faced by the industry over the past two years. Closed-loop production systems and artificial intelligence are helping the company streamline its logistics processes, while 3D digital models assist in product planning.

“We are facing challenging times. The impact of the pandemic and supply chain bottlenecks will continue to challenge us,” he said. “And all of us here today are most likely experiencing a significant transformation in how we do business now. We at BMW are rethinking our processes and introducing new technologies and relations to sustain our role as premium manufacturers.”

One of the additional challenges Englehorn addressed was the ongoing shortage of computer chips.

“For semiconductors, we can say that a least for last year, we did not lose a single car,” he later told GSA Business Report. “For sure we will see further shortages throughout this year and for sure will be affected by the world-wide crisis situation. We have to work closely with our suppliers to resolve these topics and see how we can improve the overall situation in the next months and years to come.”

Since BMW opened Plant Spartanburg in 1992, the facility’s footprint has grown by 600%, according to Englehorn.

“Thirty years ago, the BMW group announced that it would build its first production factory outside of Germany,” he said during the announcement. “BMW chose South Carolina as a location because of the deep water port of Charleston, an advanced technical college system and for sure, the strong work ethic here in the state. And since then, we’ve never looked back.”

Since 1992, the BMW Group has invested nearly $12 billion in its South Carolina operations. BMW Manufacturing is the largest BMW Group plant in the world, producing more than 1,500 vehicles each day. The plant exports nearly 60% of its vehicles to about 120 global markets, according to the company.

“BMW arrived in 1992. We had zero automotive workers in the state except for filling stations and places like that,” Gov. Henry McMaster said during his speech at the conference. “Now we’ve got 72,000 in auto plants and related companies in South Carolina thanks to their growth.”

The governor added that auto companies have been “growing like weeds” and the sector is “red hot” in the state.

“That’s what’s happening in South Carolina and that’s why businesses all over the world are coming to South Carolina,” McMaster said. “Because of the kind of success BMW has demonstrated can be found here.”