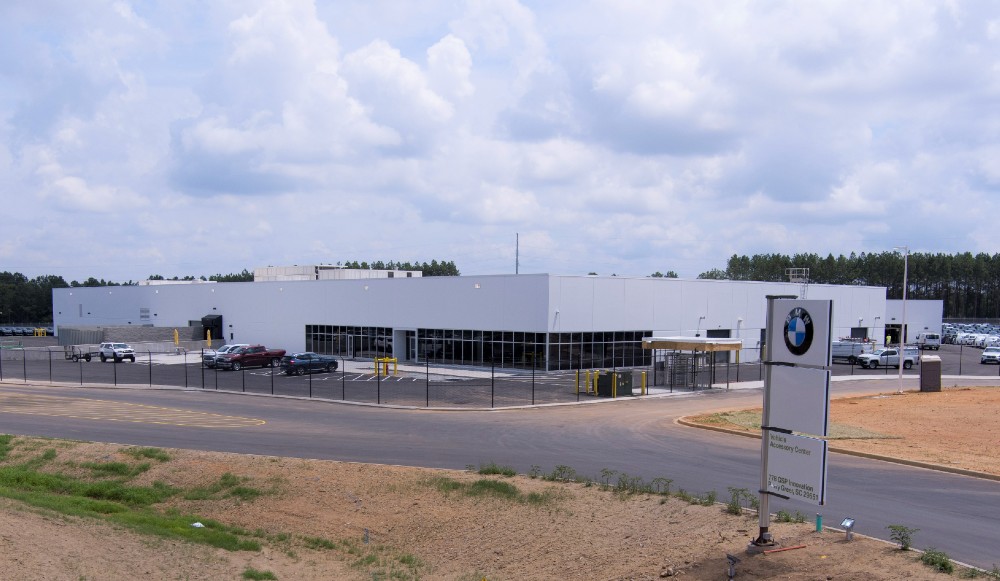 BMW of North America opened a new Vehicle Accessories Center in Greer to enable the company to “factory install” a range of vehicle accessories on the BMW Sports Activity Vehicles built nearby at Plant Spartanburg before to the vehicles are delivered to dealers.

The new 60,000-square-foot facility represents an investment of nearly $25 million and creates about 60 new jobs, the company said at the Nov. 14 ceremony.

“This new vehicle accessories center embodies our commitment to delivering the best premium customer experience in the industry,” Sebastian Mackensen, president and CEO of BMW of North America, based in Woodcliff Lake, N.J. “By factory installing accessories before delivery to the dealer, vehicles arrive already as ordered by customers. This will provide for a more efficient process and quicker delivery times for our customers.”

The facility specifically supports Plant Spartanburg, which currently builds approximately 60% of the BMWs sold in the United States, including the best-selling BMW X3, BMW X5 and BMW X7. Plant Spartanburg will begin production of the newest BMW X model, the first-ever BMW XM, this December.

Fall has been an active time for BMW announcements.

BMW Manufacturing opened a $100 million logistics center Sept. 29, assembled the 6 millionth vehicle made at Plant Spartanburg the next day and opened a $20 million training center Oct. 7. In the middle of it, the company recognized the 30th anniversary of breaking ground for the plant and then announced $1.7 billion plans to grow some more. The first billion will go to expand Plant Spartanburg and another $700 million will build a new battery production facility in Woodruff.

BMW Group Chairman Oliver Zipse, in Greer to make the announcement and in the United States for a tour that including showing off the new BMW XM, stressed that the new batteries that will power BMW vehicles into the future will be BMW designed and made, not purchased from suppliers.

By 2030 BMW Group will build at least six fully electric models in Spartanburg County, Zipse said. "You will not believe how big that factory is going to be," he told a crowd that included local, state and national politicians, including Woodruff Mayor Kenneth Gist, who said Woodruff employees were hanging "Welcome BMW" banners even as the announcement was still underway in Greer.