Banks gear up for second round of PPP loans 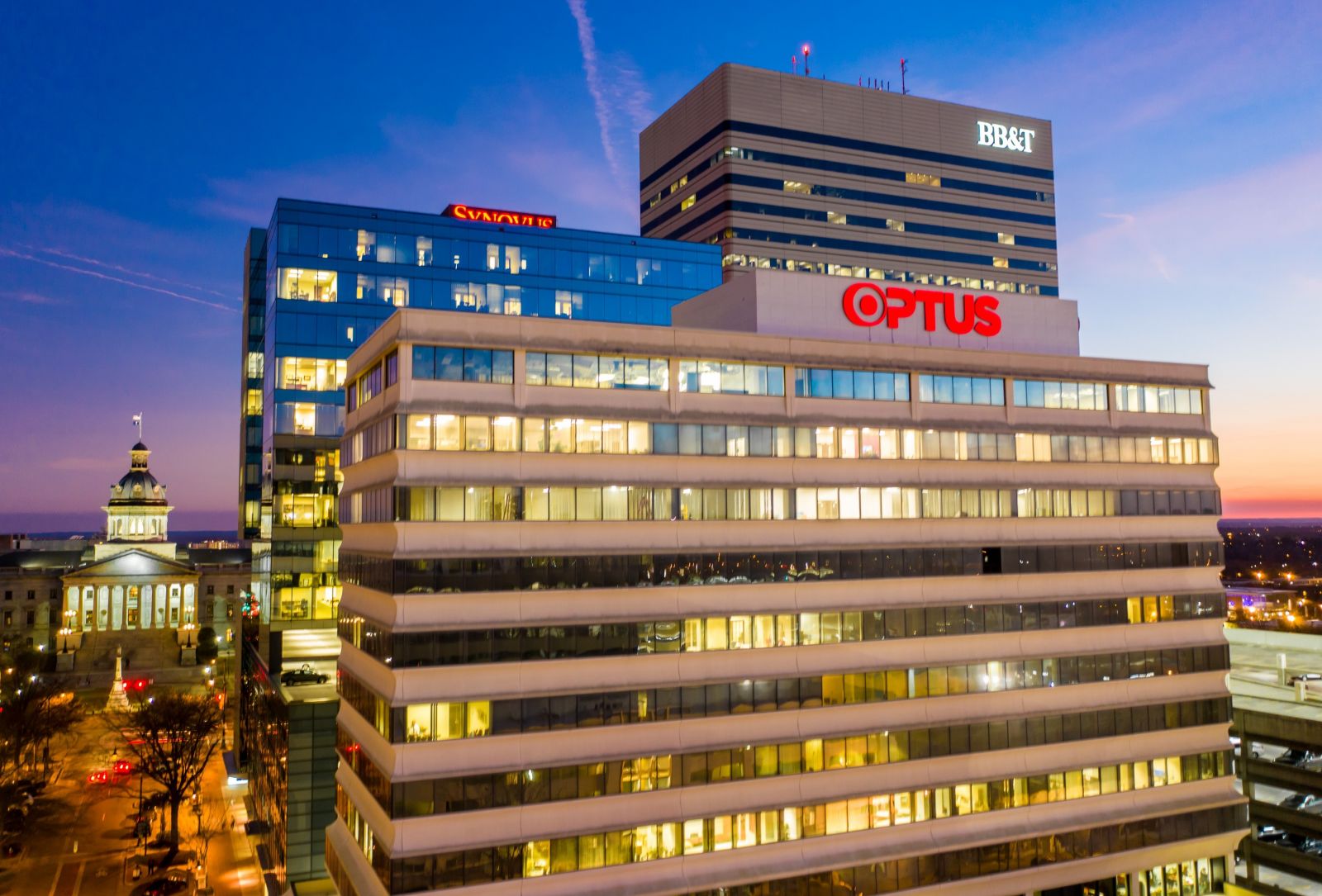 Phones started ringing and messages started flying at many financial institutions around South Carolina when the second round of funding for the federal government’s Paycheck Protection Program loans launched Jan. 11.

Representatives from banks around the state say while there is not the overwhelming level of panic many business owners felt in the early days of the coronavirus pandemic, a lot of people are still in need of money to keep their businesses going.

Some sectors of the economy have recovered to a point, they say, but others — particularly tourism — are still suffering from a lack of customers and the ongoing uncertainty of when the pandemic might ease enough to get the economy back to full strength.

To help alleviate long wait times and a backlog of applications, the Small Business Administration is working to streamline the application process for lenders and applicants. As of Jan. 26, anomalies which could slow down the process were found in about 4.7% of data submitted by lenders nationwide, according to the administration. By late January, the SBA had already approved more than 400,000 loans for about $35 billion.

The workload has gone up dramatically in the past few weeks at Columbia’s Optus Bank, according to President and CEO Dominik Mjartan. During the first round of PPP funding in 2020, the bank received 700 applications and was able to fund 511 loans. By Feb. 3, less than a month into the second round, the bank already had 600 applications in the pipeline, many of them from first-round recipients still needing assistance.

“We are overwhelmed with demand,” Mjartan said. “We are a bank of 25 employees, and we’ve hired 10 people in the past month just to handle the influx of requests for PPP loans. It’s taking a lot of effort but we want to make this process work for those we serve.”

Optus prioritizes investment in low-income communities and offers loans to minority- and women-owned businesses, precisely the communities that need the bank’s PPP funds the most, Mjartan said.

“Many of the businesses that we have been able to serve through the PPP program have been those who are also the most vulnerable — black- and women-owned small businesses that also have employees who are most likely to be on the front lines during the pandemic,” Mjartan said. “Part of our mission as a bank has been to make sure we have a thriving, vibrant economy across all communities, and it happened that this pandemic has really highlighted the disparities between different communities when it comes to business success.”

While the bulk of Optus’ PPP funding went to small businesses, Mjartan said the bank also provided funding to nonprofits that experienced pandemic-related financial problems as they tried help many of the same communities that Optus does.

Second-round loan applications have been steady but not overwhelming at the statewide branches of Charleston-based S.C. Federal Credit Union, said John Stanford, vice president for lending. As of Feb. 3, the credit union had received 92 requests for PPP loans, down from the 138 they had received at the same stage of the application process during the first round. The credit union, like thousands of other institutions across the country, was “bombarded by demand” from small businesses who are its core customers when the first round of funding went out last year.

Stanford said branches immediately heard from service-oriented businesses like salons, gyms, spas and day cares who were forced to shut their doors, as well as restaurants whose revenue dried up when dining rooms had to close.

During the first round, the credit union also provided loans to landscaping businesses, roofers, and other building-related companies who were facing uncertainty. They also helped several churches who lost vital revenue from collection baskets when Sunday services were forced to go virtual.

By far the hardest hit among South Carolina Federal’s customers in the first round were seasonal and tourist-focused businesses in the Charleston area, Stanford said. That hasn’t changed, he said, with the number of travelers visiting the state still way down. Tourism businesses are among those who have already reached out to the S.C. Federal Credit Union for help during the second round, he said, and consulting businesses and other sole-proprietor firms that rely on one-on-one meetings also are still hurting.

The biggest difference in the second round? The dollar amount that businesses are requesting has gone up dramatically, Stanford said. “We’re finding that a lot of our larger businesses still need help, and the majority of the requests are second applications,” he said. “The tourism industry is still hurting badly, and as we’re relationship-based as a credit union, we’ve been trying to be proactive, reach out to the customers we served during the first round to check on them and see how they’ve done.”

Demand for second-round PPP loans has been steady at Wells Fargo branches around South Carolina. As of Feb. 5, Wells Fargo had received 1,648 completed applications requesting a total of $83 million. The bank had booked 246 loans for a total of roughly $8 million, and the average loan side was a little more than $33,000.

“With this second round, the biggest difference is that we don’t have the mad dash for funding that we had when the first round of loans started, because back then there was a lot of panic,” said Mitch Graul, Wells Fargo’s small business segment leader for the  Southeast. “Now we are seeing a good, steady volume of applications. The need is still there but the panic is not there.”

Graul said that Wells Fargo is continuing to see many requests for new PPP loans from service-oriented businesses and the hospitality sector, particularly restaurants and businesses related to tourism.

Wells Fargo is also giving a lot of attention to underserved communities being hit the hardest by the pandemic, Graul said. The bank has made an effort to reach out to minority and women-owned businesses through efforts like the Open for Business Fund, which was started with fees from the first round of PPP lending and now has targeted $400 million to help businesses in underserved communities.

“We’ve been looking at data like a recent survey that showed that about 50% of minority owned businesses in some areas were not able to pay their rent, and about 35% of those were women-owned,” Graul said. “With this second round of loans, we’re really trying to reach these communities and let them know that the program is back on and we’re here for them.”

Banks are doing what they can to get information about the PPP program to customers who need it most. Wells Fargo in the Southeast has launched a targeted email outreach to 380,000 small businesses owned by minorities and women. Optus Bank has been working with the city of Columbia, Richland County and other Midlands organizations to provide webinars and other information for business owners.

People who took out loans during the first round of PPP funding last year will have an idea of how the process works, but what about those who are new to the process? The key thing to remember is that while the application process can seem daunting at first, it’s workable, according to Stanford.

“This time around, with this being the second round and with the demand not being so overwhelming all at one time, the technology has caught up,” Stanford said. “While it’s important to get the application process going, there’s still time, and there’s plenty of money available.”

Business owners seeking a PPP loan for the first time should get their information together and reach out to their primary financial institution first to see if they are doing PPP loans, Mjartan said. Not every bank or credit union is offering them because of staffing and logistical challenges.

Two things applicants should do at this point? Relax and have patience. Mjartan stressed the fact that there is still time to get paperwork together and make the contacts needed. Above all, he asks stressed-out applicants to take a deep breath and realize that it might take some time to reach someone by phone or email — but you will hear from someone.

“Most institutions that are doing these loans are struggling right now to keep up with the demand,” Mjartan said. “A lot of friends I have in this field are mission-driven, and they are all working incredibly hard to get people what they need. Know that you have people that are genuinely committed to this cause who are still going to be able to help you.”