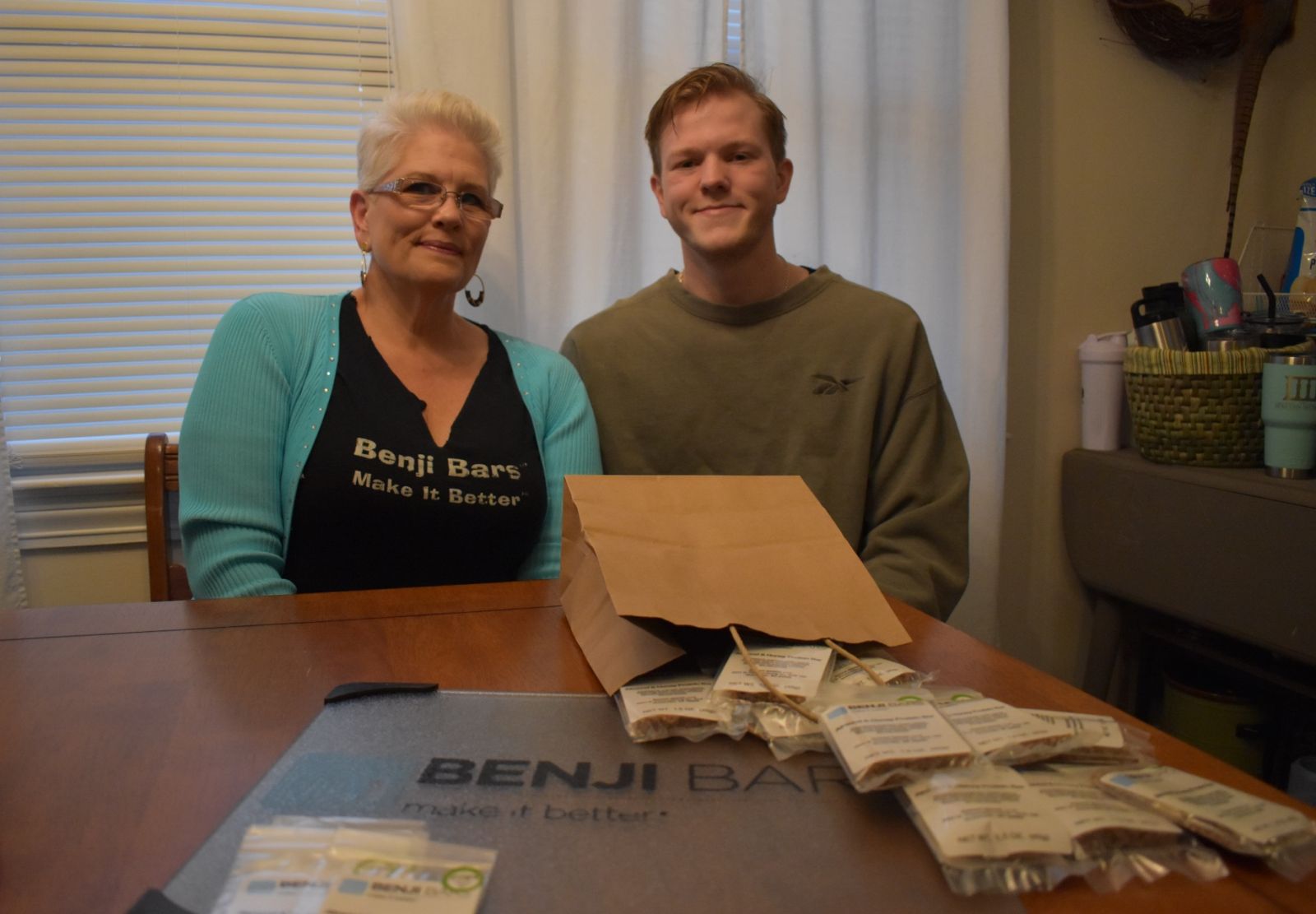 This story first appeared in the Oct. 4 print edition of GSA Business Report.

A scam run out of a Latvian apartment bilked American companies for millions of dollars, but less than $2,000 taken from a Greenville entrepreneur ended the scheme and landed the suspect in an American prison.

Julie Maddox, the Greenville founder of the diabetic-friendly Benji Bars, was one of 2,900 businesses that investigators say were swindled in a $4.5 million scheme by Latvian Viktors Suhorukovs. He was sentenced to more than four years in federal prison on Sept. 14 for tricking trademark holders into sending him trademark renewal fee payments that victims thought were going to the U.S. Patent and Trademark Office.

For Maddox the scam threw her exclusive ownership of her product name and tagline, “Make it Better,” into jeopardy, she told GSA Business Report. Since she could not afford to renew the trademark after mailing Suhorukovs, 37, a check that she thought was bound for the U.S. Patent and Trademark Office, her brand is up for grabs. If she sells any of her trademarked products after the trademark's expiration, she is committing an act of fraud, according to intellectual property attorney Santucci Priore. 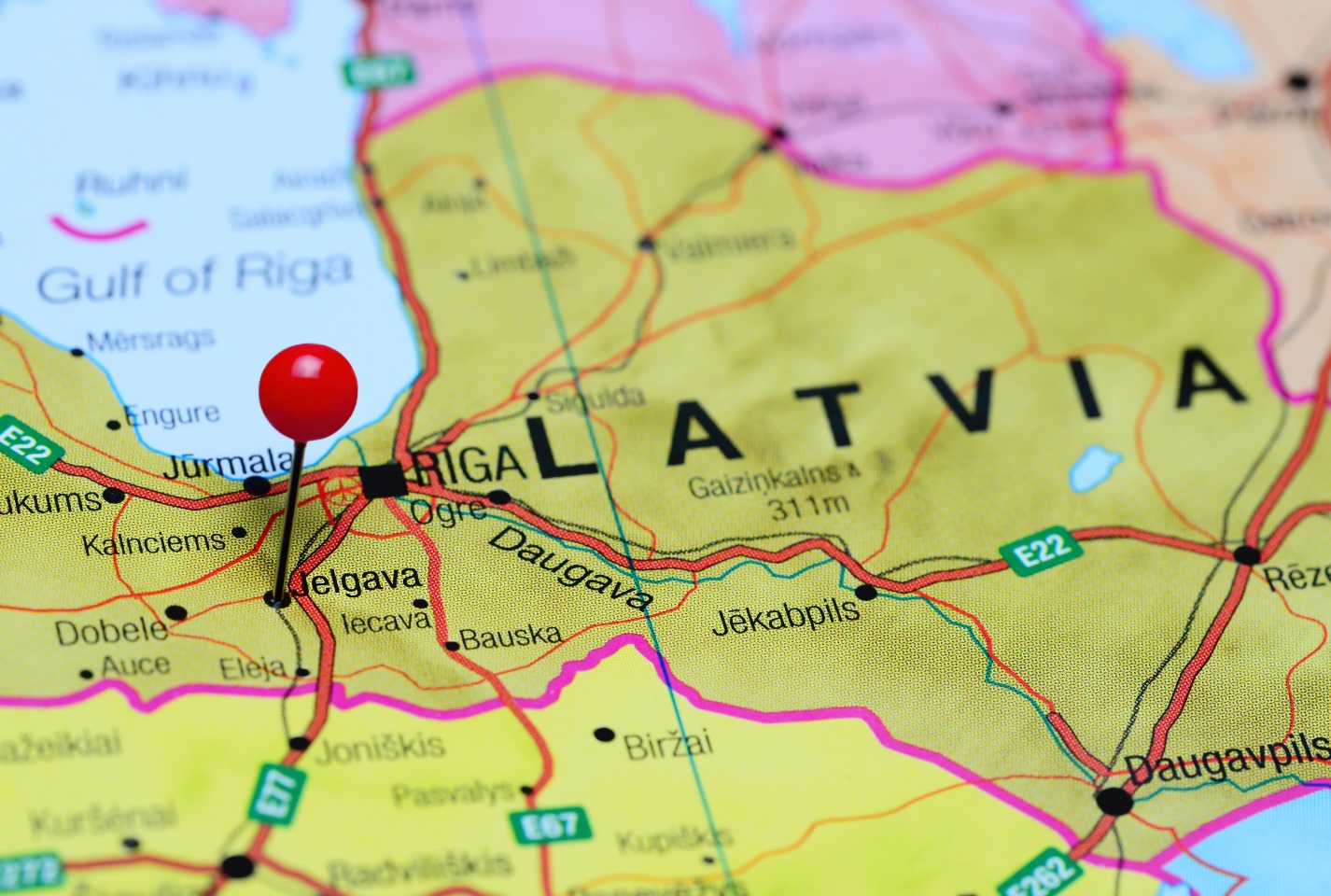 “Every hard thing that I have come across in the business, I have overcome,” Maddox said. “COVID didn’t shut me down, but this person who perpetuated this scam did shut me down.”

For Maddox, it started on a July day in 2019, when she pulled an invoice from the mailbox.

Maddox has invested seven years into her startup, which she launched after developing a recipe for low-sugar protein bars for her son Benjamin after he was diagnosed with Type 1 diabetes. Even before the snacks hit local shelves, she made sure to obtain a federal trademark for the brand.

So when the renewal date for the Benji Bars trademarks rolled around, Maddox received exactly what she was prepared for: two invoices that appeared to be from the U.S. Patent and Trademark Office requesting $1,850 with a trademark ID number matching her own.

She made sure to scan the QR code on the invoice, which linked her to the official U.S. Patent and Trademark Office site, before sending off the check.

Months down the road, she opened mail to find what appeared to be the same invoice from the real U.S. Patent and Trademark Office, and she felt sick to her stomach.

She saw a notice on the U.S. Patent and Trademark Office’s website that warned trademark owners about a nationwide renewal scam that matched her experience.

“I realized after some digging that I had absolutely been deceived, that I had been scammed, and it was so disheartening because I didn’t have any money to actually renew my trademarks,” she said.

Maddox felt almost too ashamed to tell anyone she had sent checks to a fraudulent trademark office, but she knew she had to take action, because, as she said to herself at the time, “If you can’t make something better, at least don’t make it worse.”

“So I did the only thing that I felt like I could do, and I contacted local law enforcement and got the most wonderful detective,” she said.

Greenville Police Department’s John Dempsey, a former detective, took on the case. He recognized the brand right away, Maddox said, since she had donated bars to first responders over the years.

Dempsey, now a sergeant at the Greenville Police Department, said he sent a search warrant to the Bank of America account where the check had been deposited along with $42,265 under the name of the Patent and Trademark Office LLC, based in Washington, D.C.

The sole signer of the account was a Victor Suhorukovs with a Staten Island, N.Y., address, according to court documents. Suhorukovs’ account information included a Latvian passport number.

Suhorukovs based his operations in an apartment complex in Riga, Latvia’s capital, according to records from the Spartanburg County Sheriff’s Office.

“This young man had every advantage in the world,” Maddox said after hearing his defense in court. “He was affluent. He was not someone who couldn’t do better.”

In early 2020, Dempsey said he had requested copies of all checks attached to Suhorukovs’ account and received a stack sourced from business owners across the country.

Funds from the cashed checks were wired to Latvia, he said. 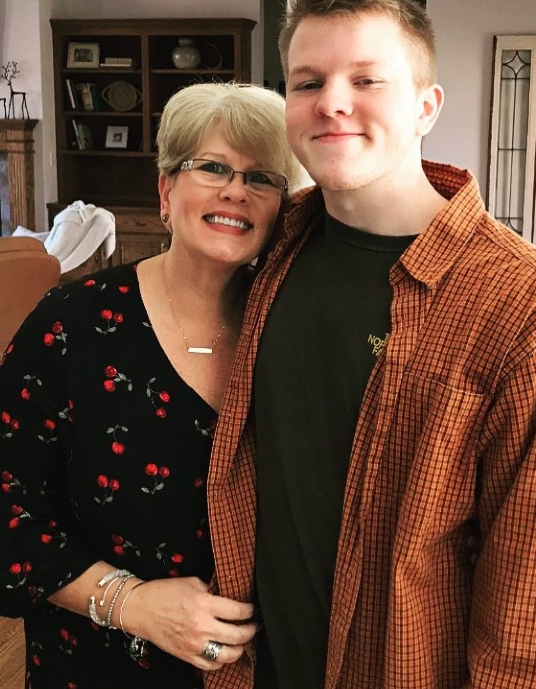 After speaking with Immigration and Customs Enforcement and the Department of Homeland Security, he discovered the person who took Maddox’s money could also be behind a nationwide trademark scam DHS had been investigating.

An agent with the DHS based in Greenville tracked down two additional accounts connected with Suhorukovs at United Bank in Washington, D.C.

The bank closed the accounts in January 2020 under suspicion of fraud and mailed Wright 916 deposit slips and checks that Suhorukovs had tried to cash into the closed accounts.

The deposit slips and undeposited checks from the closed accounts totaled $1.2 million, according to court documents.

One check originated from the S.C. Farm Bureau Federation for the trademark “South Carolina Farmer” after the Cayce-based insurance company reported it had accidentally sent two checks to what they believed to be the U.S. Patent and Trademark Office. Another came from the Emerson Rose Heart Foundation in Clemson, a nonprofit that supports congenital heart defect research and the families of children suffering from the condition. Piedmont steel fabricator QSM Inc. had also received an invoice from Suhorukovs, according to court documents.

Investigators brought copies of the checks to the U.S. Attorney’s Office for South Carolina, who took up the case, according to Dempsey.

Dempsey charged Suhorukovs with obtaining money under false pretenses, while the DHS unfurled a record of frequent flights made by the Latvian between Eastern Europe and the United States.

So when Suhorukovs left Moscow for John F. Kennedy Airport in New York on Feb. 7, 2020, according to court documents, officers with Homeland Security Investigations were waiting for him. As was a lawsuit from the United States.

A Latvian in Judge Coggins’ Court

The U.S. Attorney’s Office for the District of South Carolina indicted Suhorukovs for the checks forwarded to his closed accounts, and Suhorukovs found himself on a carousel of court proceedings in New York, Greenville and Spartanburg from Feb. 10, 2020, to Sept. 20, 2021.

Suhorukovs pled guilty to mail fraud in January 2021 and appeared for a final sentencing before District Judge Donald Coggins on Sept. 14 at Spartanburg’s federal courthouse.

Coggins sentenced the Latvian citizen to 52 months in federal prison and ordered him to pay more than $4.5 million in restitution to the victims.

The case is now closed but the story is not yet over for the victims.

“A lot of the trademark holders were charitable organizations. They were nonprofits doing really great work, and it really has had an impact on those people,” said Winston Marosek, the assistant U.S. attorney who prosecuted the case.

The COVID-19 crisis interrupted court proceedings time and again over the past two years, but it also pummeled the small businesses and sole proprietorships like Benji Bars LLC who were unable to renew their trademark in time and lost ownership of their brand.

At least three binders full of testimonies were presented during the hearings.

Some victims have received notice that their trademarks are expiring, Maddox said, but so far, she has not.

According to Upcounsel, re-registering cancelled trademarks can be more costly than an annual renewal and often requires the services of a trademark attorney.

“I’m not going to go into debt,” she said. “I would have to get a lawyer to help me work through all of this, and at some point, you just have to say it’s easier to start over.”

Especially when some, like Dempsey, question whether victims will ever see any portion of the $4.5 million Suhorukovs owes in restitution.

“Once it goes across, it’s gone,” Dempsey said of the funds wired to Latvia. “A lot of times, people just lose the money. The time I did white collar [investigations as a detective], I rarely, if ever, saw any restitution at all.”

Keep on keeping on

Even if Maddox may not own the “Make it Better” tagline anymore, it’s still a motto she lives by.

“He’s a relatively young person,” she said of Suhorukovs, “I hope that he’ll go on and do better things; I certainly hope that, because that’s certainly what I’m going to do.”

The mother of two is in the process of launching a keto version of the protein snack under a new brand name. She has received high praise during a taste testing held in Nebraska.

“In my mind, I say my trademarks were victims but I wasn’t,” Maddox said. “Because I’m going to keep going.”