Into the Wilds: Upstate properties preserved in 2020 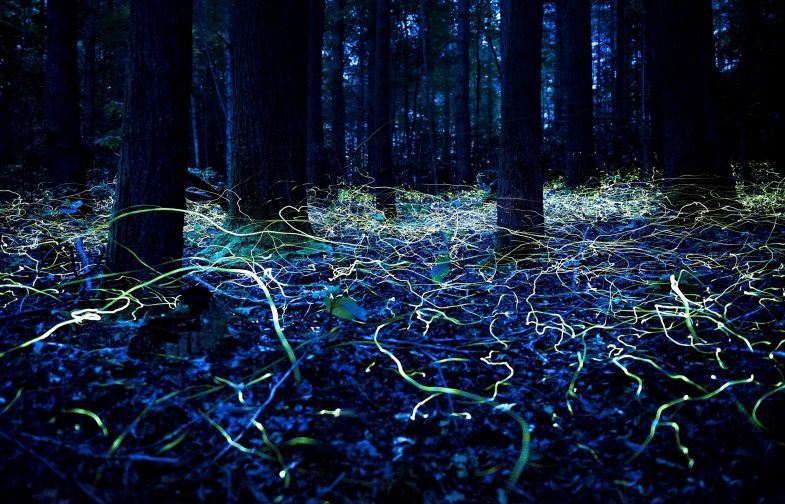 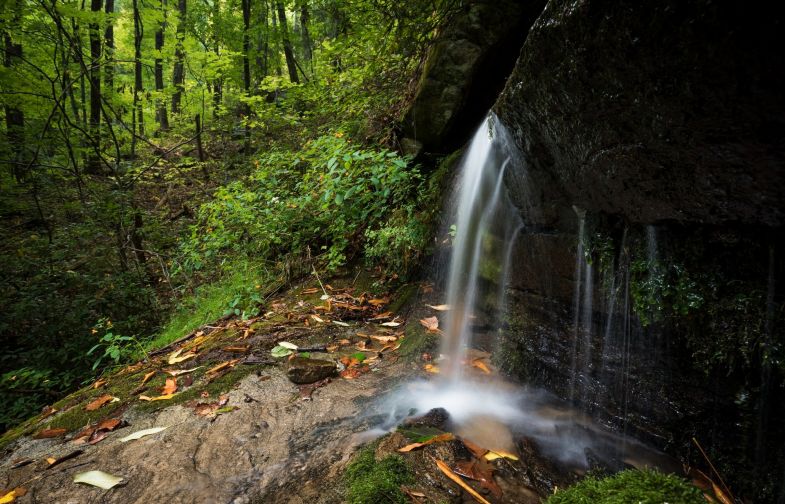 Thanks to the preservation of the Jones Gap Access Tract, trout fishermen will have access to Gap Creek. (Photo/Provided) 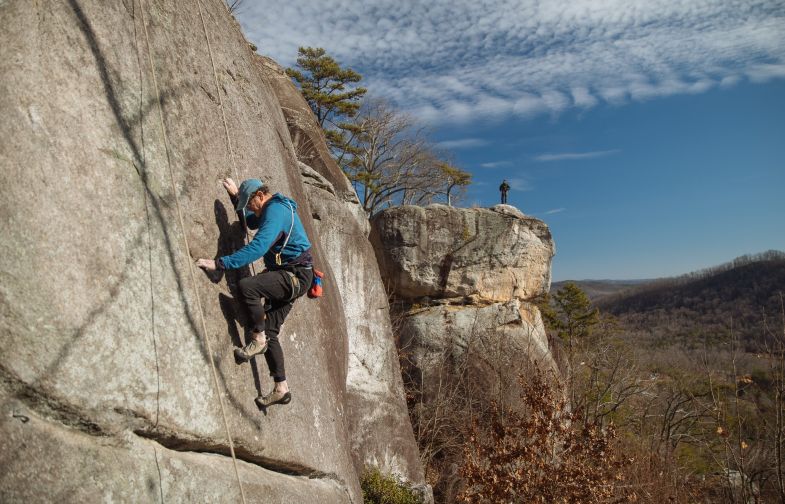 Big Rock Access Expansion preserves the path to what the bank calls one of the most important rock-climbing destinations in the state, titular Big Rock. (Photo by Mac Stone/Naturaland Trust) 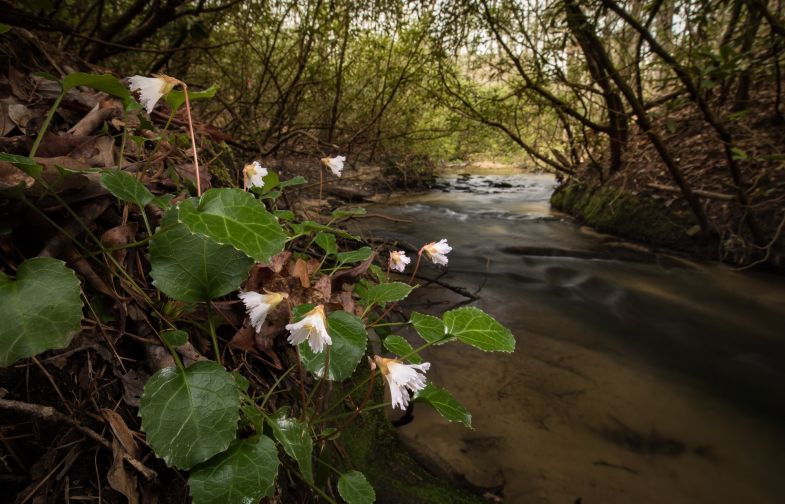 Naturaland Trust helped preserve a total 475 acres of Oconee County habitats that serve as a home to the threatened Oconee Bell. (Photo by Mac Stone/Naturaland Trust) 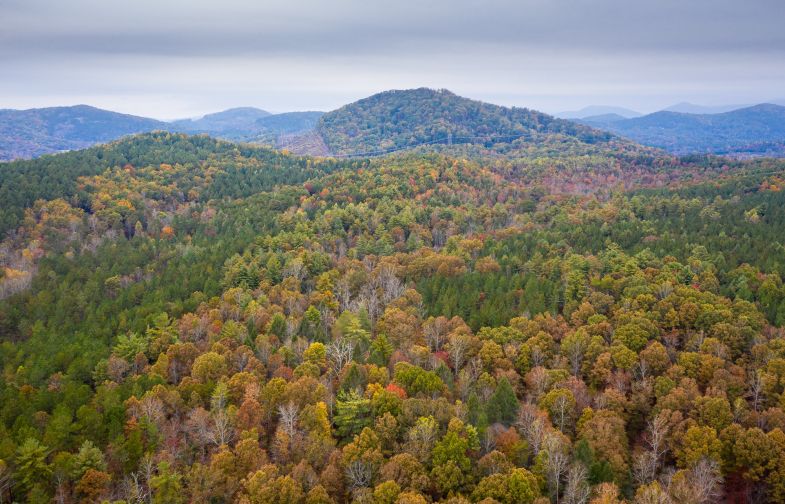 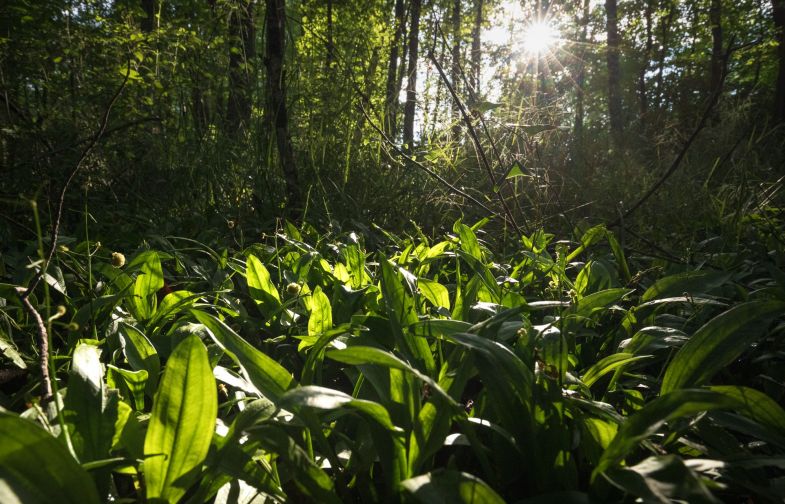 The Bunched Arrowhead can be found in only three places in the entire world: Henderson and Buncombe counties in North Carolina and Greenville County. (Photo by Mac Stone/Naturaland Trust)

Ultra-rare flowers, haunting fireflies, bilingual ghost towns and the home of Mount Vernon’s savior are just a few of the treasures protected by the S.C. Conservation Bank’s recent Upstate investments. 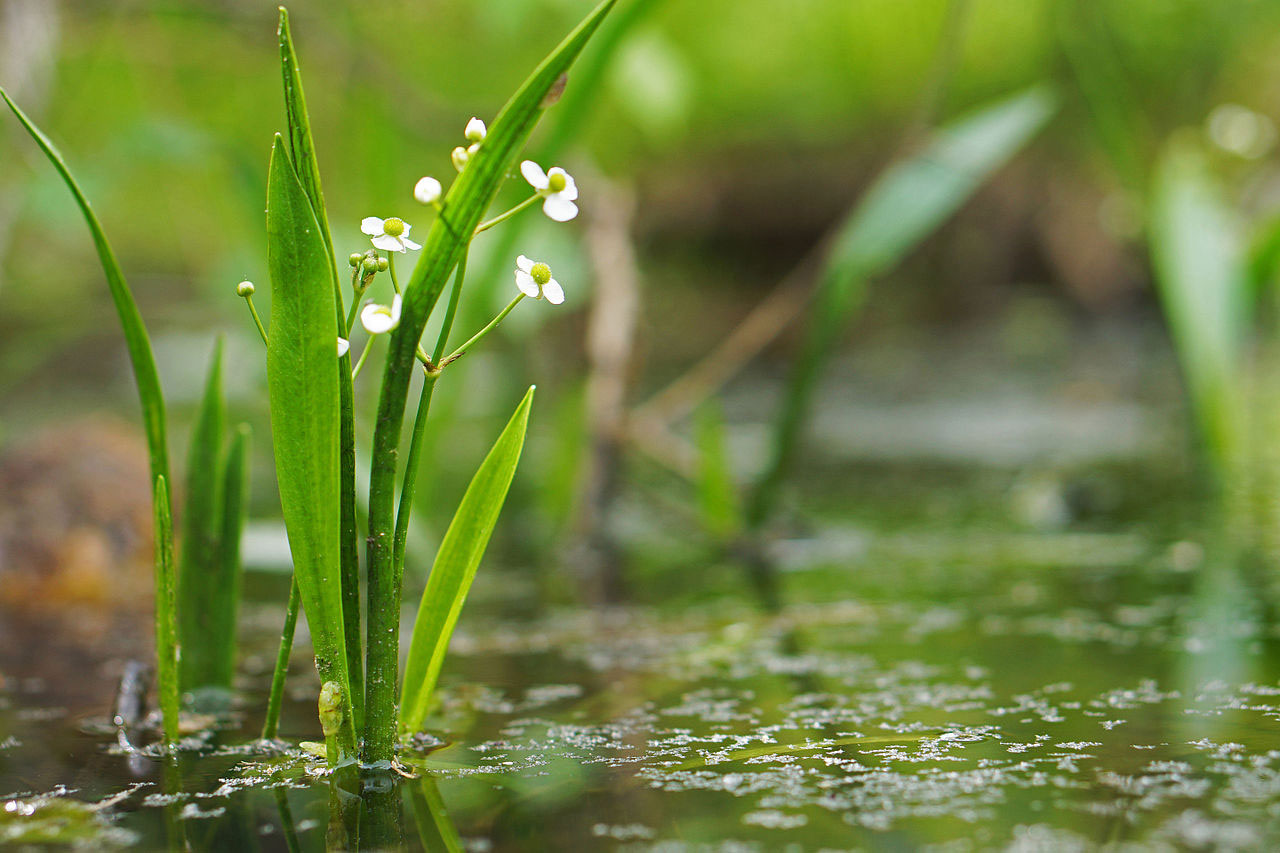 The Bunched Arrowhead can be found in only three places in the entire world: Henderson and Buncombe counties in North Carolina and Greenville County. A floodplain forest in Travelers Rest is one of few places left in Greenville to still find the plant. Plans to turn the property into a S.C. Department of Natural Resources Reserve aim to keep it that way.

Thanks to the preservation of the Jones Gap Access Tract, trout fishermen will have access to Gap Creek, while the headwaters of the Middle Saluda River will be buffered from incoming development.

The Saluda Rivers Connector, soon to become a wildlife management and outdoor recreational area protected by S.C. DNR, borders Greenville’s Firefly Forest, home to the Blue Ghost Firefly. For a couple weeks out of the year in a few locations across the Southeast, these fireflies glow with an eerie blue-white light, hovering just above the forest floor. 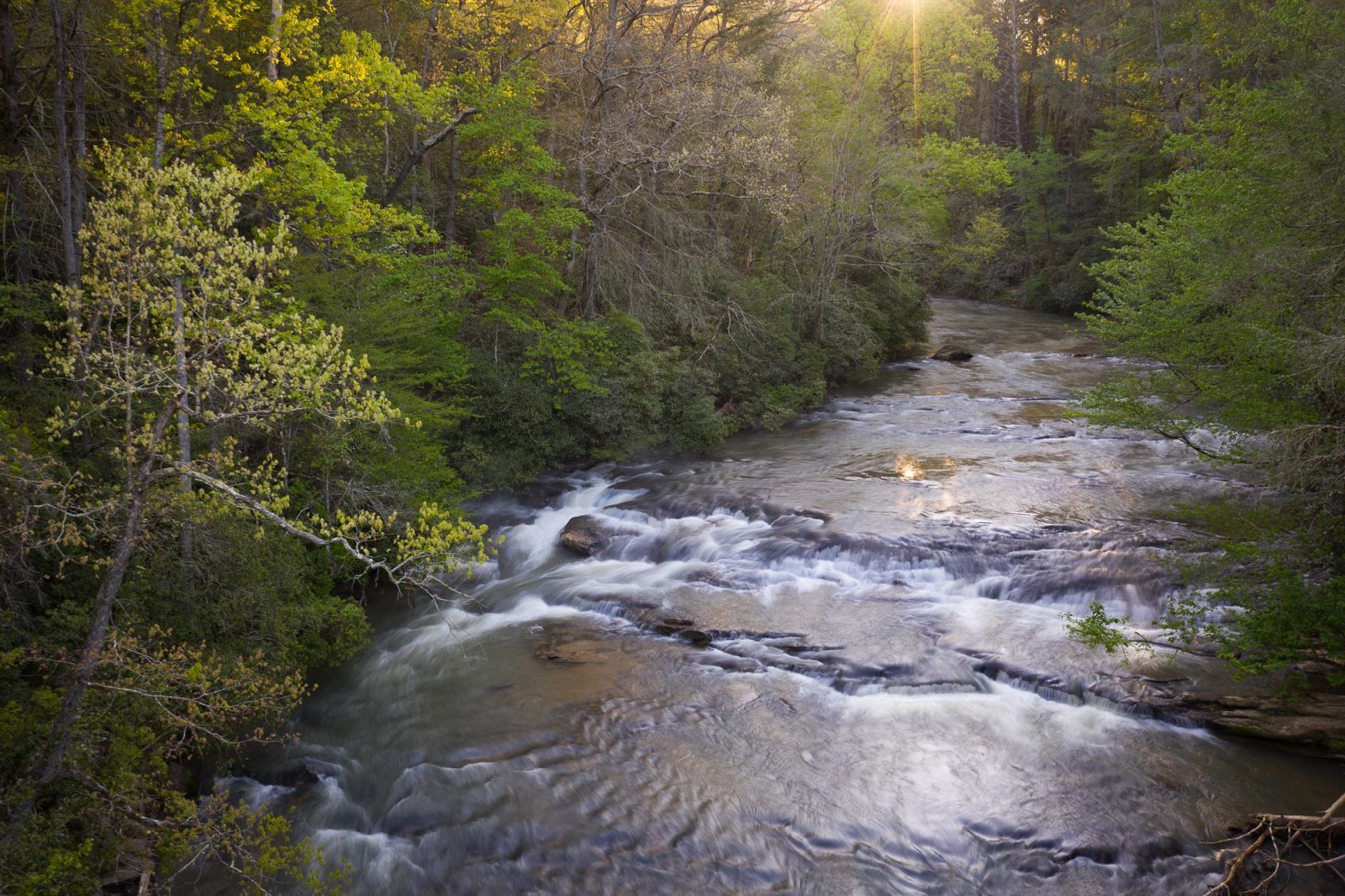 The North and South Saluda Rivers pummel boulders lined by steep banks on this property, making it a potential destination for paddlers and anglers. The rivers here also feed into the Saluda Lake, a water source for Easley.

It may only be fitting that the woman who helped save and restore George Washington’s Mount Vernon to have her home preserved as well — or at least the lands around what remains of her estate. This tract expands the public park surrounding Ann Pamela Cunningham’s Rosemont Plantation, which was established in the late 1700s. 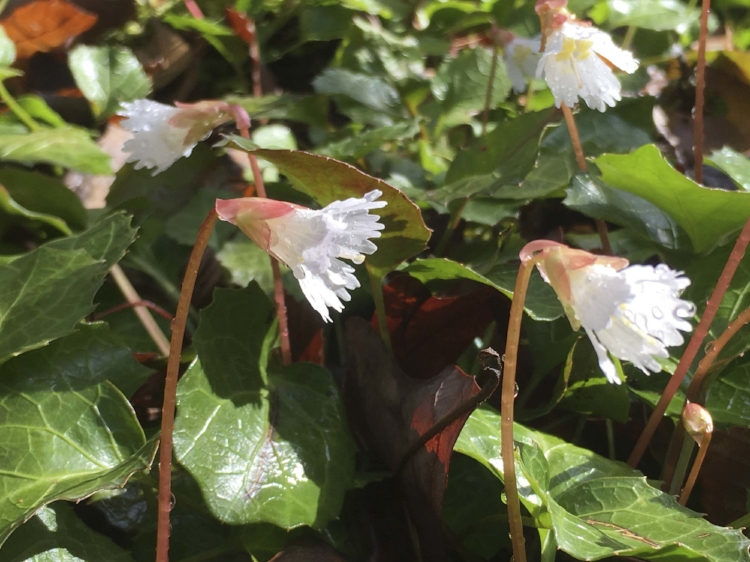 A 1/4 mile of frontage on Boone’s Creek near Devils Fork State Park is home to a threatened plant called the Oconee Bell. The 40 preserved acres along the creek will help protect the white and yellow flower, as well as water quality for Greenville area residents.

Six streams on the property flow from the heights of Sumter National Forest into the Coneross Creek Watershed.

Another haven for the threatened Oconee Bell, the McKinney Creek Preserve helps sustain water quality for the Greenville watershed and serves as a hiking area near Devil’s Fork State Park. 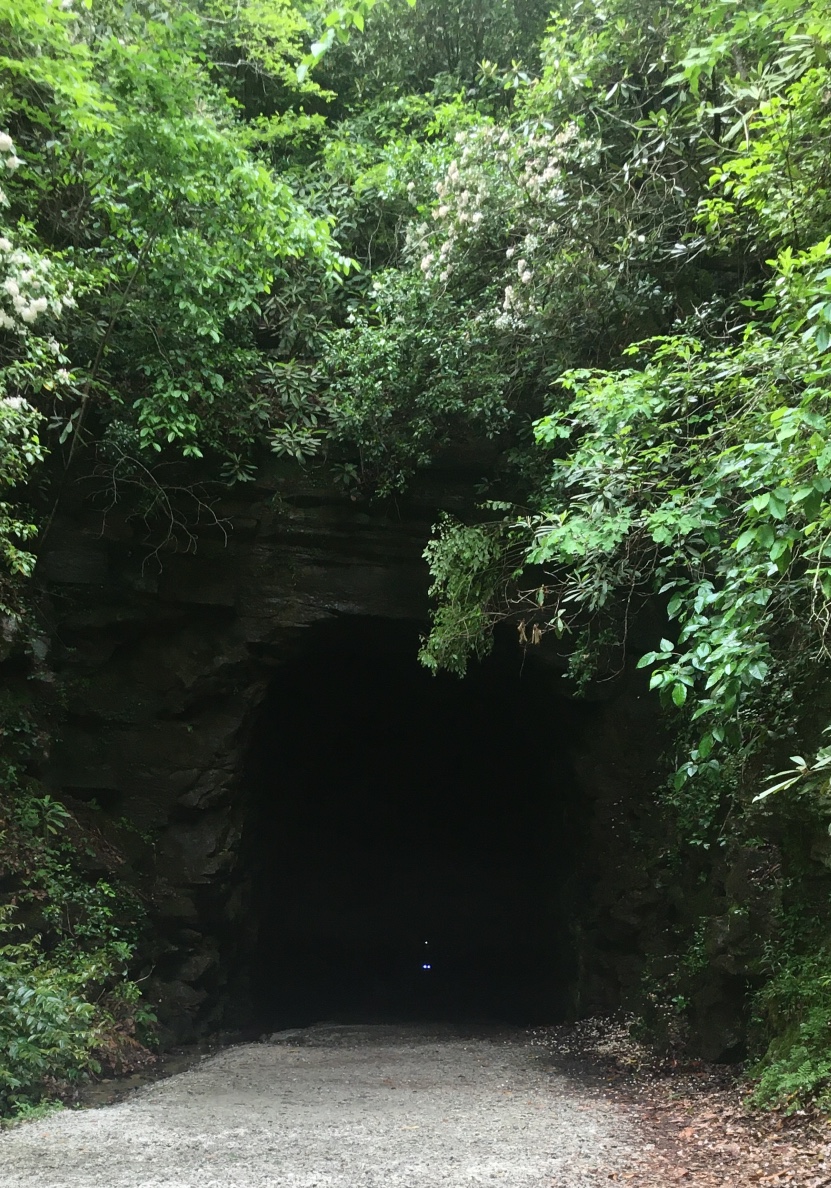 In the 1850s, reports say Irish Gaelic was spoken alongside English among the men that carved the Stumphouse Tunnel, part of a cancelled railroad line stretching from Charleston to Cincinnati, out of granite. Visitors from around the world still visit the remains of the tunnel and adjacent shanty town at the Stumphouse Mountain Heritage Preserve, which tripled in size with the recent 792-acre addition.

This Oconee Bell preserve will help serve as a corridor of undeveloped land between the other two Oconee Bell habitats conserved in 2020. Its rivers flow into Lake Jocassee and Lake Keowee.

Big Rock Access Expansion may be one of the smallest tracks secured with a bank grant this year, but it preserves the path to what the bank calls one of the most important rock-climbing destinations in the state, titular Big Rock. 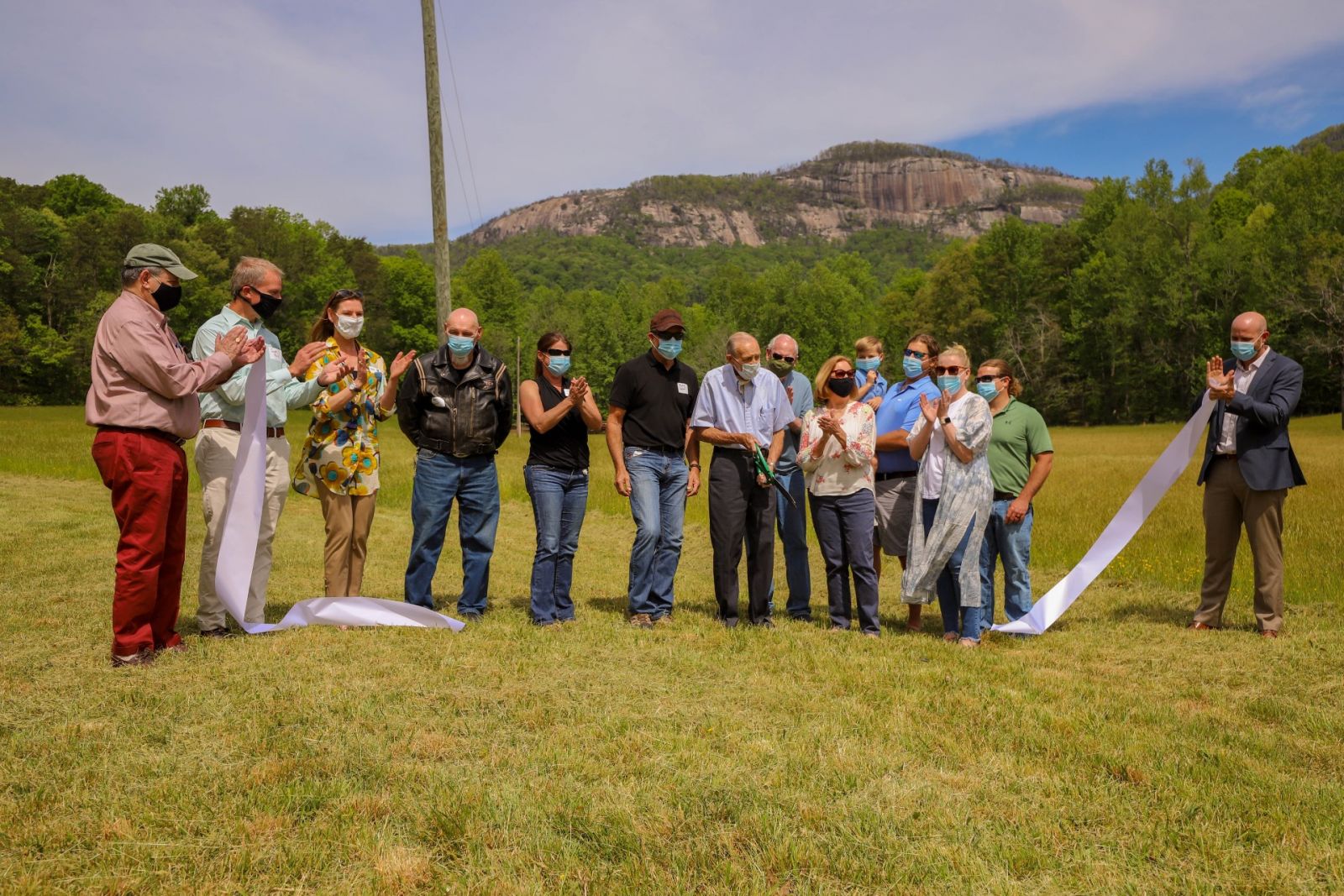 Table Rock is far from the state’s tallest vista at 3,127 feet, but it may be home to one of the state’s most well-known parks. Surrounding the park is acres of private open landscape, including the Grant Meadow Addition, which offers what Harper General Contractor’s Doug Harper calls “One of the most iconic views in South Carolina.”

Pickens’ newest community forest will offer outdoor recreation opportunities to the public, while also offering a buffer for water resources and wildlife.

Tyger River may bring to mind adjacent industrial properties and its public kayak access point. The tract will help maintain farmland along the river and a boat launch as the area becomes a development hot spot.

The Sandy Run Forest consists of shrub and forested wetlands that run alongside the Sandy Run Creek — a tributary for the Pacolet River — and teem with wildlife.