With a record number of South Carolinians working, the state’s unemployment rate dropping to 4.2% in April and an aging baby boomer population rapidly retiring, some companies are finding it harder to recruit and retain talent with fewer resources in the workforce pipeline.

Representatives from Midlands businesses that have taken advantage of apprenticeship programs discussed the benefits of those initiatives during the 2018 Apprenticeship Accelerator Breakfast on Thursday. The event, hosted by Apprenticeship Carolina, was presented by the Columbia Regional Business Report. 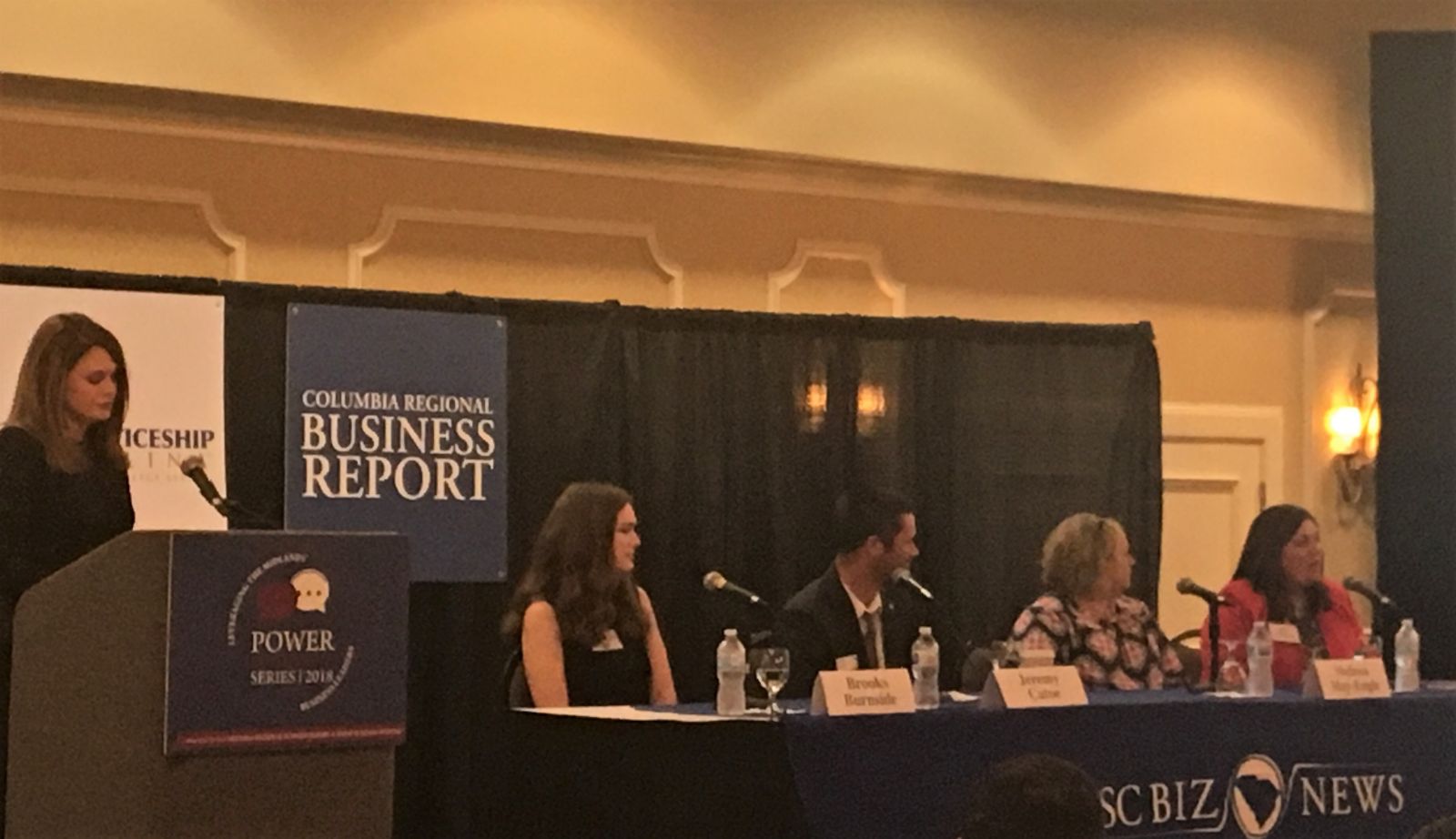 “These programs are good across a lot of different industries,” Whitlock said. “It’s not a one-size-fits-all.”

Apprenticeship Carolina is a division of the S.C. Technical College System that works to connect employers with workforce by providing information and technical assistance.

Blue Cross Blue Shield started its apprenticeship programs in 1997 because of a need for mainframe programmers. Carlene Ward, information systems training director for BCBS, said the company was concerned it would not be able to find qualified employees as demand for those positions increased.

“We decided to grow them,” Ward said. “The model helped us become cost-competitive and allowed us to teach our employees about the culture of the Blue Cross IT department.”

In 2006, BCBS partnered with Midlands Tech to bring in system support technicians and infrastructure crew to help fill the employee pipeline. Ward said the average attrition in the information technology industry is 27%, but by using the programs, Blue Cross Blue Shield only experiences about 11%.

Brooks Burnside, training and development manager at Nephron, said an apprenticeship program has been a goal of Nephron’s since the company broke ground on its West Columbia facility in 2012.

“In a manufacturing facility with pharmaceuticals, having that extra step in the workforce and growing (employees) through our programs is important,” Burnside said.

Nephron partnered with Midlands Tech to start a pharmacy technician program in January. Currently, eight employees are working toward certification in a course of study that deals with pre-filling syringes for surgery needs.

“Nephron saw a need, and we have eight in school now,” Burnside said. “Of the eight, two were hired in to go through the program, but the others are coming from different departments within the company. We are new to the program, but we expect to have our next group begin classes later this year.”

“With new employees, there must be some motivation to help with retention and recruitment,” May-Engle said. “When we’re interviewing new employees, we let them know we want them in a program. It lets them know they are invested in us, and we can grow them the way we want them to go out in the field and work.”

May-Engle said LTC is seeing a 77% retention rate with its certified nursing assistants. In 2012, the median retention rate for all employees in America’s skilled nursing care centers was 72%.

Jeremy Catoe, business solutions director for corporate and continuing education at Midlands Tech, said most companies he talks to are participating in some form of apprenticeship program, whether they’ve made it an official part of their culture or not.

“By not putting it on paper, you don’t have it to use as a marketing tool to bring in new hires,” Catoe said. “The competition is targeting kids in high schools and colleges, and by having them in apprenticeship programs, there is a good chance they will want to stick around.”

Catoe said the perception of apprenticeship programs has changed, citing a story of an intern who found a way to save Boeing S.C. millions of dollars before graduating high school.

“It’s not like when students were told they were no good in high school and should learn a trade. These are all-star kids doing all-star stuff,” Catoe said. “The key to these programs is to assist almost every company in our service area. It’s about knowing what classes a company needs to build and develop its next generation of workers.”