The entrepreneurial support organization NEXT has started a $6 million fund to help Greenville-based startups reach the next level of development.

The NEXT Founders Fund will be run by general partners Scott Millwood and Shay Houser, co-founders of Deal Strategies. Both are entrepreneurs who have founded/co-founded and exited high-growth companies in Greenville.

Millwood said at a Thursday morning event to introduce the fund that he and Houser, in conversations with each other and entrepreneurs in town, saw a pattern of gaps preventing company founders from reaching that next level.

“There’s a gap, a very recognizable gap ... that we have a lot of folks who want to get started and they get to this place where they’ve got a product where maybe they’ve got a customer or two and they look around and say, ‘Well, I probably need some capital to infuse this thing and take it to the next level,’” Millwood said. “And the reality is … yes you need capital but you also need community support, you need talent, you need people, you need resources to help you guide along the way. And a lot of time that capital is very hard to get but the talent you need to get to the next level is also really hard to get.” 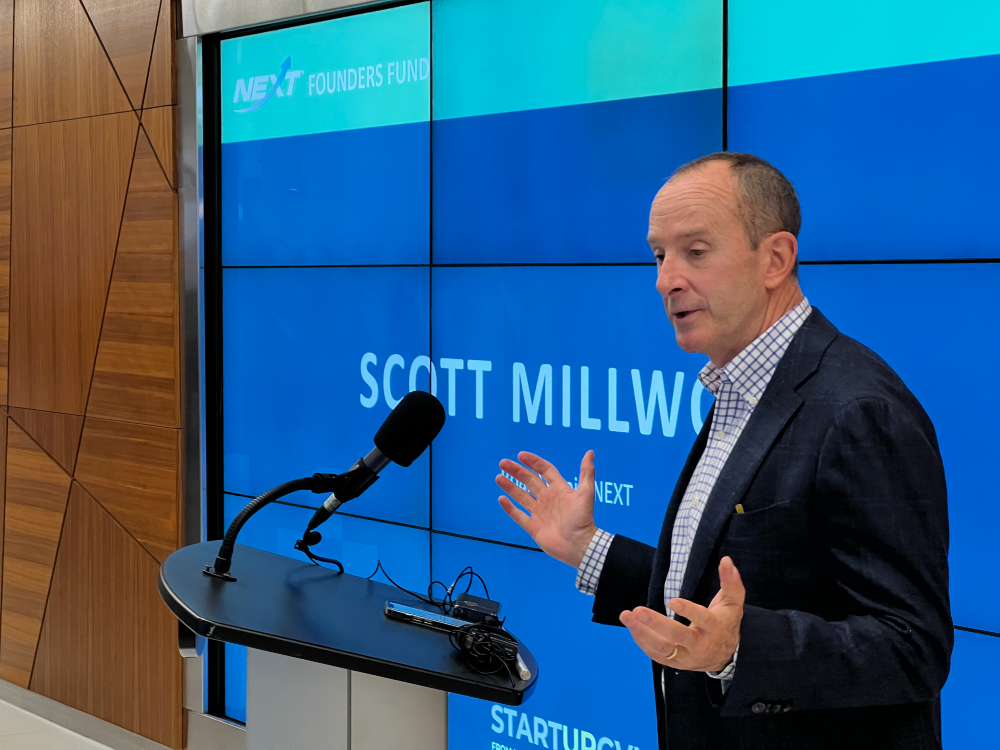 Millwood, who also chairs the NEXT board, said a solution to that gap became a part of the NEXT strategy to help founders succeed.

“We felt like there were not enough fast-growing businesses in Greenville,” he said.

The fund is slated to close at the end of the month and they expect to make 8 to 10 investments over the next 18 months in Greenville companies with capital-efficient models, according to a news release.

For its first investment, the fund has committed to Safe Helipad, a software platform to help manage helipads, helidecks and vertiports for safety and compliance. The founder and CEO is Michael Middleton, a Clemson graduate who had a career flying helicopters and planes in the Marines.

Middleton said he started the company and, after finding some success, looked all over the country for capital and other support “all to find myself right back here in Greenville and finding the right people with the right amount of advice, the right amount of funding, that we needed to take this company to the next level.”

The city of Greenville and Greenville Chamber are primary investors in NEXT as part of the area’s economic development strategy to attract and grow high-impact, knowledge-based companies, according to the news release.