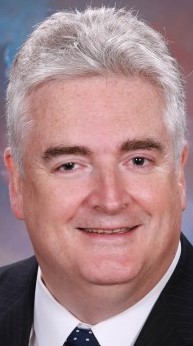 China Jushi expects to name a general contractor in about four weeks for the company’s $300 million fiberglass plant in Richland County.

Once a general contractor is picked, then the company can begin the work of hiring subcontractors and lining up vendors to provide a range of equipment and products needed for the plant’s operation.

If all goes according to plan, Drew Walker, president of Jushi’s first U.S. manufacturing operation, said the company will start installing processing equipment for the 80,000-ton production line by summer of 2018.

While the production line will be Chinese-designed, it will be “Americanized” with American parts and components, Walker said.

“This is a state of the art plant for Jushi,” Walker said. “They’re going to put in the most advanced equipment.”

Jushi plans to hire about 400 workers to fill positions that run the full gamut from production to human resources to sales, Walker said at a recent meeting of the Central SC Alliance, an organization that promotes economic development in nine counties and the city of Columbia.

“These are quality jobs,” Walker said. “The production workers we’re going to have don’t have to have pulled ‘glass before. We will be training you the Jushi way.”

Jushi, which has three plants in China and another in Egypt, is a supplier of fiberglass reinforcements and fabrics to the reinforced plastics industry worldwide and has more than 20 years of experience in the U.S. market. The company’s U.S. unit, Jushi USA, operates a distribution facility at 3130 Bluff Road.

The Jushi plant will be located at the 900-acre Pineview Industrial Park, situated just off Shop Road with access to Interstate 77 and Norfolk Southern rail.

Acquiring an existing fiberglass manufacturing facility was one of the options Jushi explored in planning for a U.S. plant, but technology in those facilities was about 50 years old, Walker said. The company also mulled the possibility of building a plant in Georgia.

Jushi settled on the Richland County site because it offers a good transportation network, close access to the Port of Charleston, and good workforce to recruit future Jushi employees, Walker said. Another factor in the company’s decision to locate here were relationships Jushi executives had with state and local staffers, some of whom spoke Chinese, Walker said.

“There was a comfort factor there that made them decide on South Carolina,” he said.