As a 208-foot tall tower crane was removed from the Spartanburg skyline as completion of the AC Marriott Spartanburg hotel gets closer.

The 275-ton crane was used by crews to work on construction toward the top of the 10-story building on the west side of downtown Spartanburg.

“Watching the crane being dismantled is a little bittersweet, but now begins the countdown until the hotel opens in the fall,” said Bruce Collins, director of development for OTO Development, the hotel’s developer. The hotel is owned by the Johnson family of Spartanburg.

Collins said there was still work to be done before the 114-room hotel could be ready for opening. 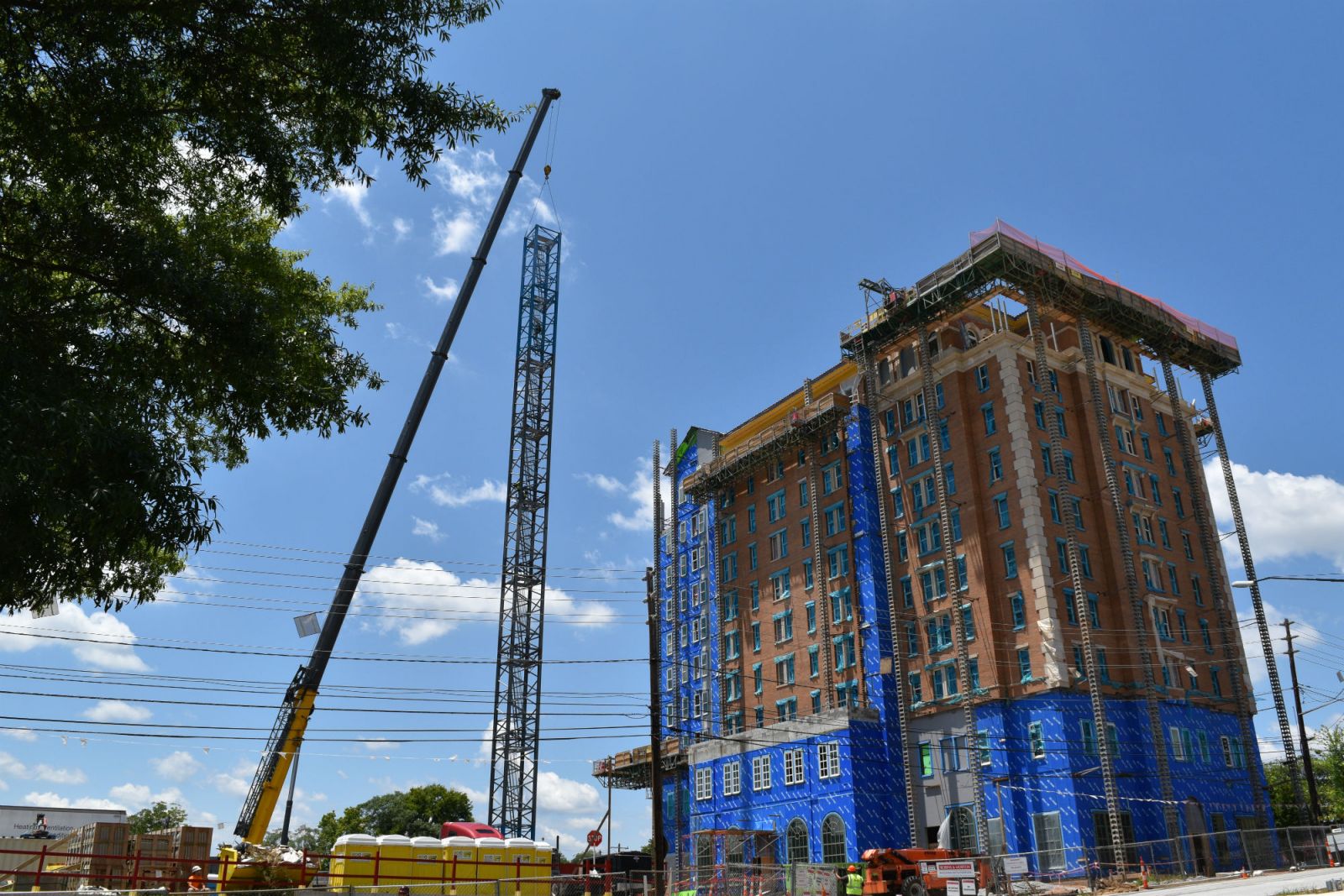 “The project as a whole is going very well,” said Collins. “As with all projects, it’s a race to the finish, no matter how much time you have – definitely miles to go before we sleep.”

On the exterior of the building, Collins said crews are moving top scaffolding down toward the ground for cleaning and disassembling.

“The lower levels will fill in and a lot of exterior work around the entries will begin along with sidewalk pavers, street trees and overall landscaping,” Collins said.

A bulk of the remaining work is on the interior of the building. Collins said crews are working on various projects inside the new hotel. He said most of the inside has drywall with wallpaper being installed including the second floor meeting spaces.

Other interior work includes mechanical, electrical and plumbing finishes along with wall-mounted casework on the third, fourth and fifth floors. Collins said crews are preparing to finish the first and second floor and ‘the whole building will be in finish-out mode very soon.”

“We are making great progress, but still have work, with a lot of detail, to complete on the interior,” Collins said. “We always want to be sure we are doing it right.”

Worker comes down from tower crane

Part of tower crane coming down

AC Marriott dropped some serious money on this building and from what I've seen from the unfinished inside, it looks great. My business partner is the concrete contractor for this job and explained all the detailed work and designs that they implemented. Going to really be nice!