A building that has stood in downtown Spartanburg for more than 100 years is finding new life as Aug Smith on Main, a mixed-use development at 174 E. Main St.

The $8 million project is “bringing life to something that hasn’t seen activity in decades,” said Jansen Tidmore, executive vice president of the Downtown Development Partnership in Spartanburg. He said tenants are already moving in, and that Aug Smith on Main has commitments from Spill the Beans and Spartanburg Methodist College to open at the site. 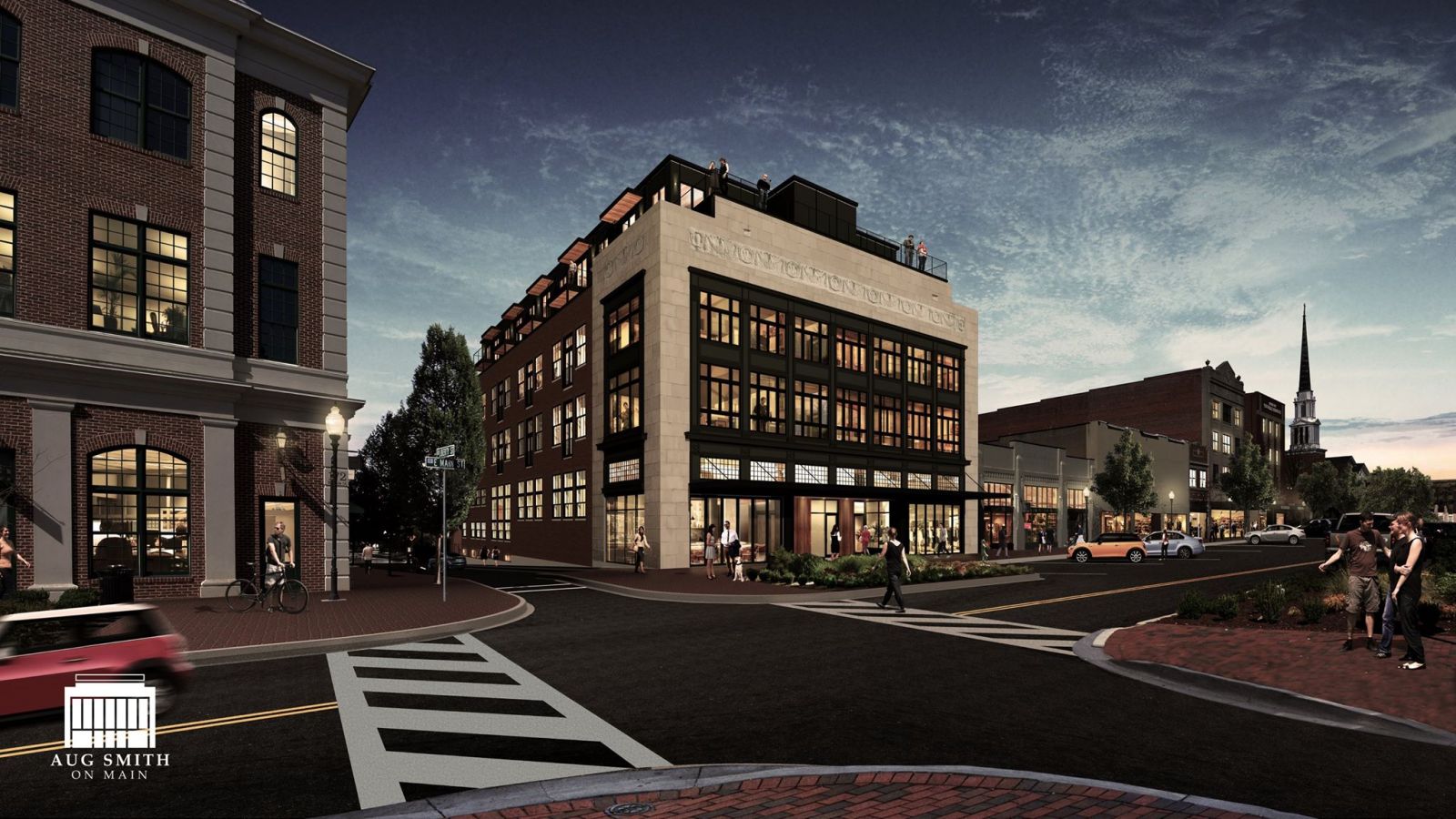 The building has undergone renovations to include 45 apartment units, 3,600 square feet of ground-level retail space and 4,200 square feet of additional commercial space in the basement level. Aug Smith on Main also features a two-story penthouse level.

“We’re excited this beautiful space is seeing activity once again,” Tidmore said. “The Aug W. Smith Building is one of those buildings that is quintessential to Main Street. It stood as a reminder of no progress and emptiness for so long.

“What you’re seeing are a lot of opportunities finally being capitalized on. Developers are taking note of the activity and interest in Spartanburg,” he said.

According to the site history on the Aug Smith on Main website, in 1901, Augustus Wardlaw Smith moved his department store from Abbeville to a two-story building on East Main Street in Spartanburg adjacent to the Palmetto building. Co-owner H. Frank McGee served as proprietor of the store and quickly established the Aug W. Smith Co. as one of the leading department stores in the Upstate region. The store eventually outgrew its original space and, in 1926, moved into a new location further east on Main Street on the site of the demolished First Presbyterian Church. The new building at 174 E. Main St. was designed by Lockwood, Greene and Co. in Boston, who designed the recently completed Montgomery Building on nearby Church Street. Aug W. Smith operated in this location for more than 55 years, until closing in 1981. The building later housed Bishop Furniture from 1984 until 2009.

The property, owned by Blue Wall Real Estate, is being developed by Hampton Development in Greenville. The work is being done by Harper General Contractors in Greenville, and McMillan Pazdan Smith in Greenville is the architect.

The Aug W. Smith building is one of several properties being renovated in downtown Spartanburg, according to the city’s downtown construction website.

FR8 Yard, an outdoor craft beer and restaurant space, has transformed an empty downtown lot into a hub of activity. Located beside Sparkle City Mini Putt, FR8 Yard also has games like bocce ball and ping-pong and features a stage for live music and a large projector screen for live sporting events.