Construction is underway on the 20,000-square-foot store for Washington-based outdoor outfitter REI Co-op at the BullStreet District.

This week, footers were poured and masonry blocks installed at the site at the intersection of Bull and Freed streets, across from Segra Park.

REI Co-op is the first national retailer to become a part of BullStreet. The store is scheduled to open next summer. The outdoor retailer also offers classes, workshops and adventure travel services. 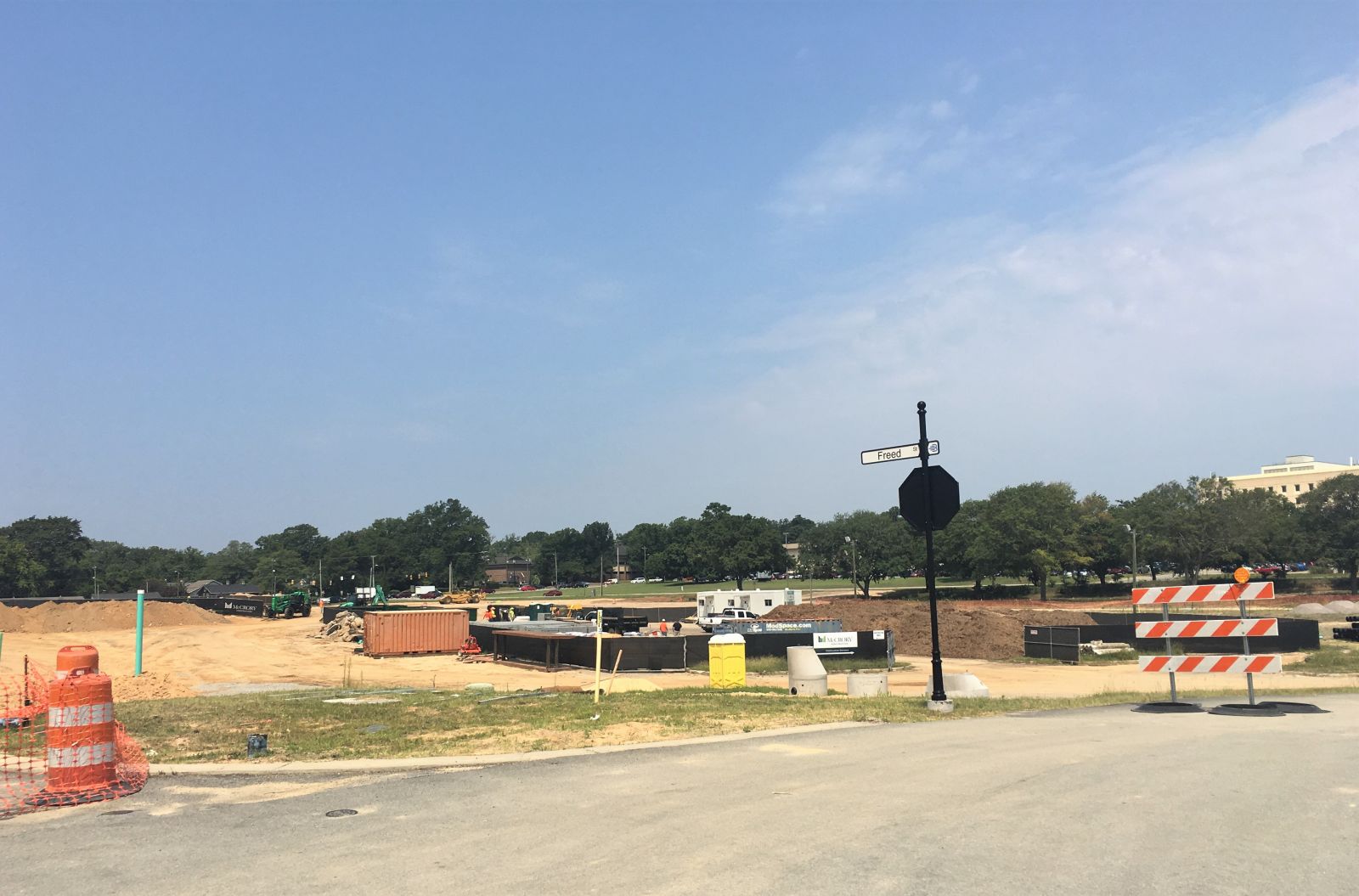 “REI was important to us, because they set the tone for the quality of the tenant that we want to have here from a national perspective,” Cox said.

The grand design of the walkable, self-contained residential community and retail destination being developed by Hughes Development Corp. includes a variety of national and local businesses with a community focus, Cox said.

“They want to get really involved in the Columbia community, and they really cared about things like the park, the daylighting of the stream,” she said. “They are such an environmentally friendly company and really care about all the communities they’re in, and they’re really excited to be a part of Columba.”

BullStreet will be the second S.C. location for REI.

The REI construction is just part of the building buzz at BullStreet. The first phase of a 20-acre park is underway. Smith Branch Creek, which had been diverted into underground pipes in the 1950s, has now been uncovered and routed through the park. Crews are working on the interior of the Merrill Gardens senior living community, which is expected to open next spring. And ground is being prepared to relocate a Dominion Energy power substation about 500 yards closer to the Harden Street side of the property.

Redevelopment of 181 acres of the former State Mental Hospital grounds at Bull and Elmwood Streets started in 2015. Cox said more than $100 million in building permits have been issued to contractors and subdevelopers at the site.