If you have a construction project planned, you might have to be flexible with its completion date. South Carolina building trades associations and some builders say there are not enough workers to fill the jobs available.

The S.C. Department of Employment and Workforce reports demand is high in the Midlands for construction workers, and the outlook is growing. This includes carpenters, construction laborers, supervisors, construction managers and office personnel.

Although the demand for workers is not yet considered a crisis, the Carolinas Associated General Contractors has a program for workforce development. In its report, The Economic Impact of Construction in the United States and South Carolina, AGC said “78% of firms in the U.S. reported difficulty filling hourly craft worker positions.” 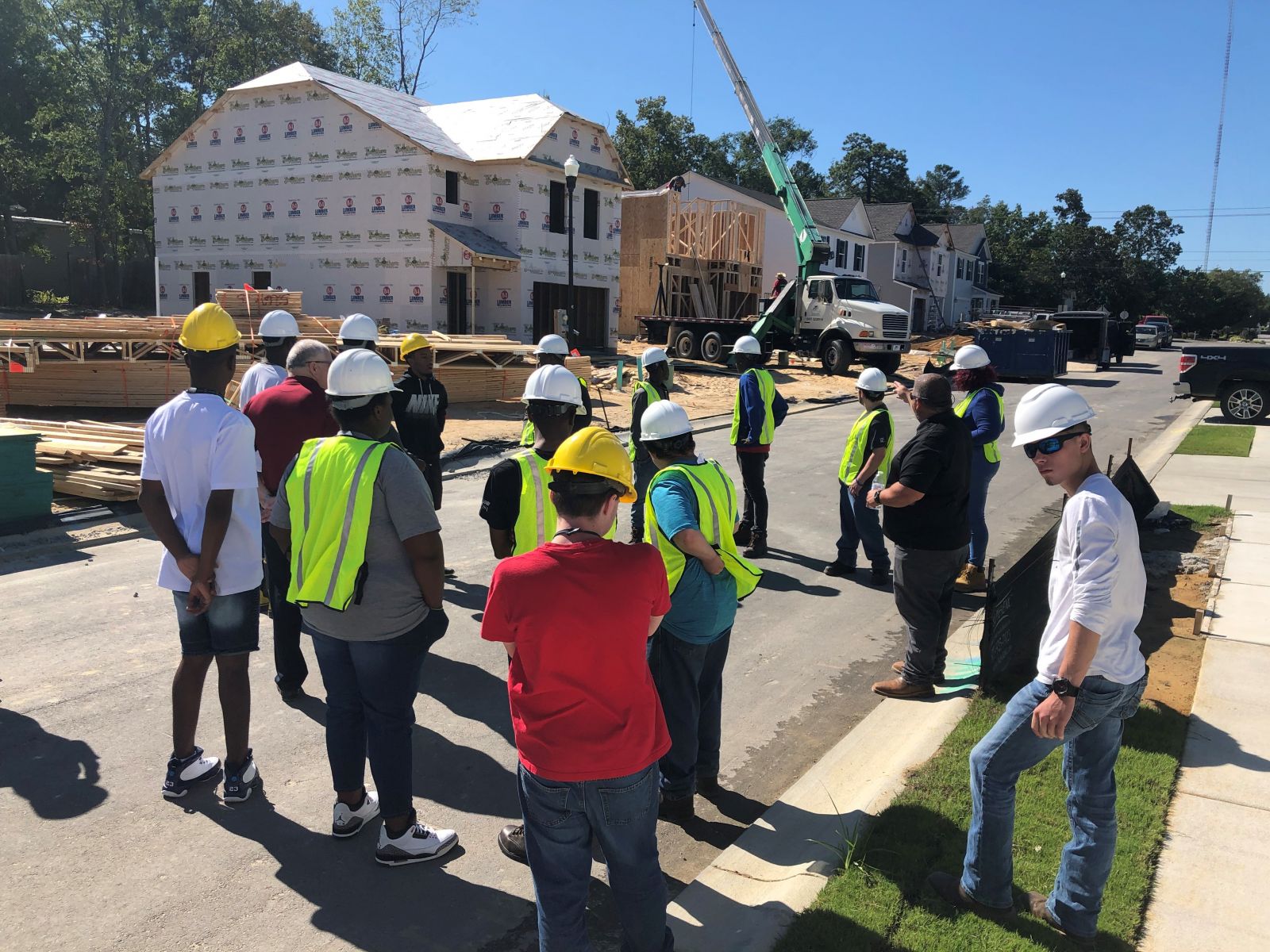 “There’s a severe shortage of not just laborers, but of certified craftsmen as well,” said Bill Stricker, vice president of operations and workforce development at Carolinas AGC. “There’s a shortage of people throughout the construction industry.”

There are signs of improvement, however. The AGC’s monthly analysis of Department of Labor statistics found that South Carolina added 1,800 construction jobs between July and August, a 1.8% increase that was third-best in the nation.

“Our industry is like many others who have faced the same types of issues — manufacturing, hospitality, health care, education. Most all of these sectors have experienced the same kinds of issues,” Stricker said. “People did leave the industry during that downtime to find employment in other places, and they haven’t come back.”

Building trade associations say the shortage of workers is not urgent yet, but it is causing some contractors to adjust anticipated completion dates.

“I have heard of some instances where it’s impacted construction schedules because they simply have not been able to get the people to complete the work on time, so it has delayed projects in some cases,” Stricker said.

Great Southern Homes executive vice president and CEO Mike Satterfield said cycle times have increased by as much as 30 days for projects, costing the company about 25% more to build projects, which leads to higher prices in a strong market.

“Before the recession, we could develop a 40-lot phase in about 90 to 120 days,” he said. “Today, it’s almost double that. But if you go back and look, we had double the manpower on those jobs.”

Satterfield said it also takes longer to complete a project because field managers and construction superintendents have to spend more time supervising crews and making sure work has been done properly.

Paul Mashburn, CEO of Mashburn Construction, said his company has not seen schedule delays because of a worker shortage, but he said company management takes pain to help trade workers get Mashburn’s commercial construction jobs done on schedule when the workforce decreases.

“Because you’ve got to do more with less, you have people working overtime,” Mashburn said. “Sometimes we have to help them and find other tradespeople to come in and help, so that just creates more work for us. But I’m not seeing schedules slip, because we can’t allow that to happen.”

With the state unemployment rate dipping to 3.2% in August, Satterfield said companies have to compete with employers who offer indoor work, such as manufacturing, or those that offer more appealing benefits.

“And it doesn’t look like it’s going to get better anytime soon,” he said.

Stricker said as the current workforce ages out and retires, companies are having difficulty replacing those workers. Efforts are underway to encourage high school students to consider careers in construction.

“There’s lots of opportunities for great careers that come out of a technical education,” he said. “And construction is one of those where there’s plenty of opportunities for people to learn construction craft skills — beginning in high school, or even earlier — that can lead to employment right out of high school, that can lead to on the job training. And depending on the craft that you choose, there are some craftsmen that are making very good salaries today and have very good benefits.”

To reach out to this potential workforce, Carolinas AGC has established the Build Your Career program, which includes a network of ambassadors trained to make school presentations. The state Legislature allocated money to fund a tractor-trailer containing simulators and tools that will travel to schools statewide, encouraging students to consider jobs in trades as part of the Go Pro Be Proud Campaign.

The Building Industry Association of Central South Carolina is hosting a professional job shadow program at area schools in October, while high school students can participate in a collaborative job training program at Midlands Technical College called Building Occupational Opportunities in the Midlands. Some of the students who graduated in the first class in May already have jobs in the construction field, according to MTC.

Satterfield, who did not attend college and is now a company executive, tells students that if they start a career in construction and building, their opportunities are limited only by their own ambition.

“You guys need to be thinking about, ‘I can manage a company. I can own a company,’ ” Satterfield tells kids. “Come see me and I’ll ride you around and show you what those guys that own these types of companies, what kind of houses they live in, what kind of toys are sitting in their driveways, boats and campers. … There’s huge, huge opportunity.”

The health of the construction industry matters to the country and the state, studies show. According to the Bureau of Labor Statistics Occupational Outlook Handbook website, employment of construction laborers and helpers is projected to grow 11% between 2018 and 2028, “much faster than the average for all occupations,” the website said.

A recent study by the University of South Carolina’s Darla Moore School economist Joey Von Nessen concluded the housing industry supports more than 281,000 jobs in the state and provides $10.2 billion in labor income. Housing and homebuilders contribute $45 billion to the state’s economy, the study found.