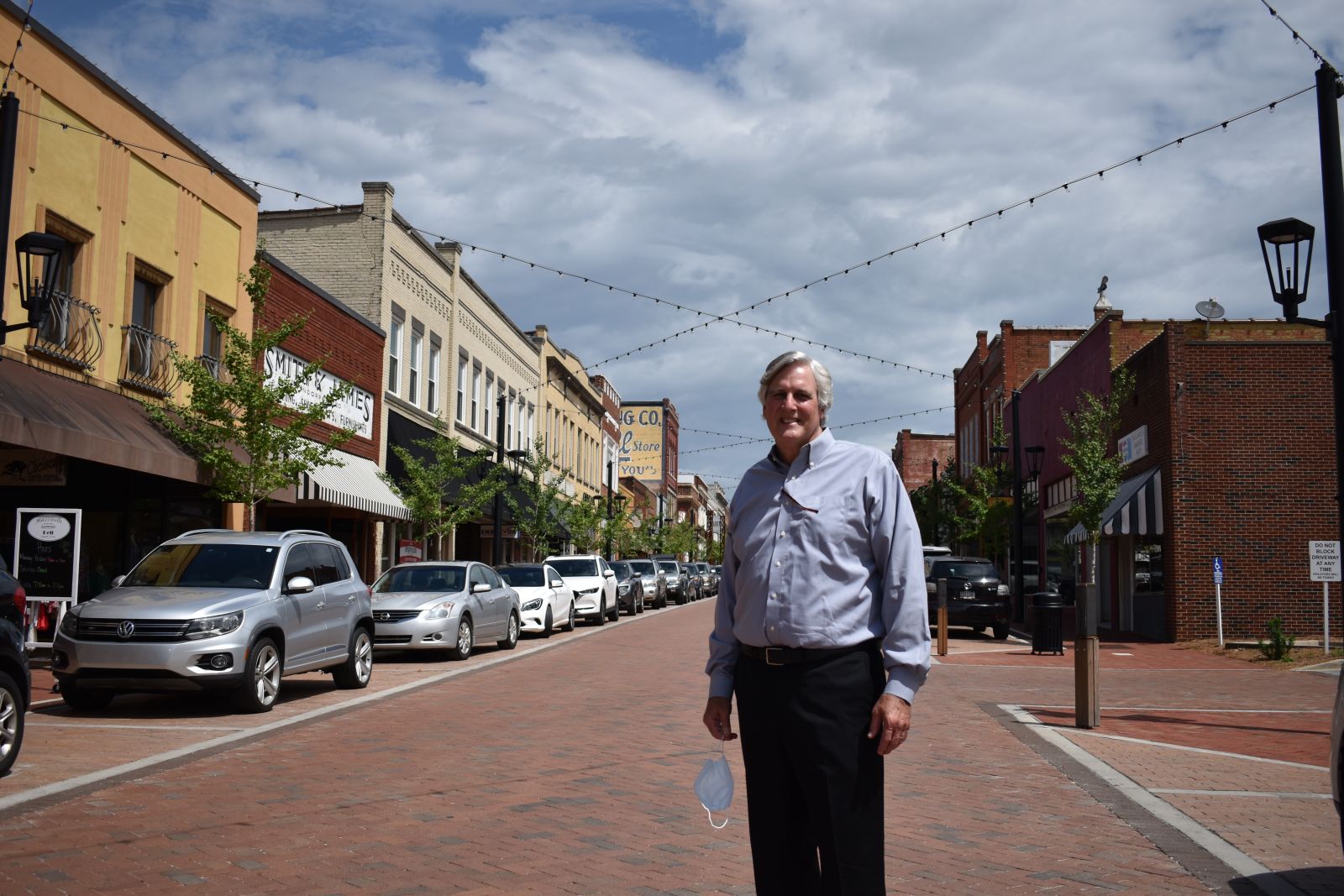 Aside from a nameplate inlay in the center of Trade and Randall streets, downtown Greer was a few bricks away from fulfilling a vision eight years in the making in late June. Called CenterG, the streetscape project is a key phase in the town’s master plan.

“There was this point in time that people said ‘Oh my god, what have you done? You have ruined downtown," Mayor Rick Danner said as he surveyed the length of Trade Street. “On the flipside of that, just in the last six or eight weeks as the light posts have gone up, as the lights come on at night, as the landscaping has gone in, as the final pieces have started to sort of fall in place, you’re getting ‘Oh my gosh, it looks great!”

By June 30, electricians had beaded turn-of-the-century Trade Street with string lights. Three years and $10.8 million worth of engineering and craftsmanship by Greer Commission of Public Works, Sossamon Construction Co. and designers Kimley-Horn produced a feature that, according to Danner, few southeastern towns can claim — a level “shared surface” streetscape marked by colored brick instead of paint. 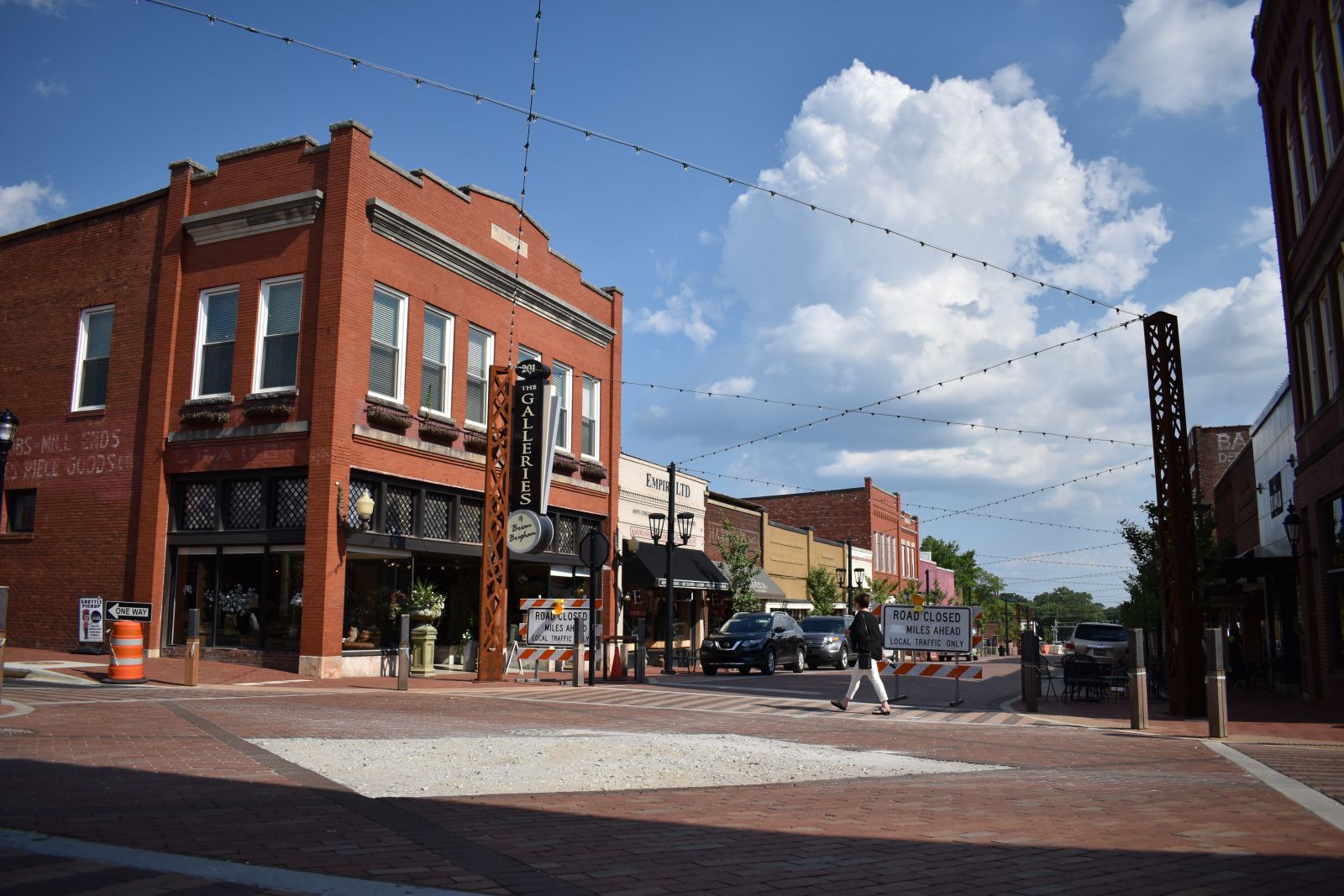 A slight bump in the center of the road drives stormwater into grates beside the sidewalk — a replacement gutter. The layout not only makes the area more accessible to wheelchairs and strollers but makes the street an open canvas for special events.

“It takes an auto-centric downtown and flips it to a pedestrian-centric downtown … you get the feel of the brick which is characteristic of our downtown, so the cue from the buildings that were built in the early 1900s gives you a brick context that is familiar, and then we replicated it in the walkways and in the street,” he said.

As the first phase of downtown Greer’s facelift concludes on time and under budget, the line city planners walked between the novel and established will also define ongoing projects.

“We started working with them on what was it we could do that could be unique but still in the same flavor of a town that represents kind of a ‘turn of the century’ Southern town,” Danner said when describing the modus operandi of the project’s first phase, which set the precedent for a second phase of growth approved by the City Council. “We didn’t want to kill the goose that laid the golden egg, but we also knew that there were some things we could do that would help spur development.”

Projects in the near future include lights and streetscaping of the four to five blocks surrounding Hampton Inn project, a parking garage and Project Homecoming, a $32 million 275-family planned community that includes retail and restaurant storefronts. Later plans include an arts district that stretches across the railroad tracks and Mayfield, Moore and Daniel Streets to studios in the Arts Center, renovated with $2.5 million last year. It includes a theater, amphitheater and outdoor playground. 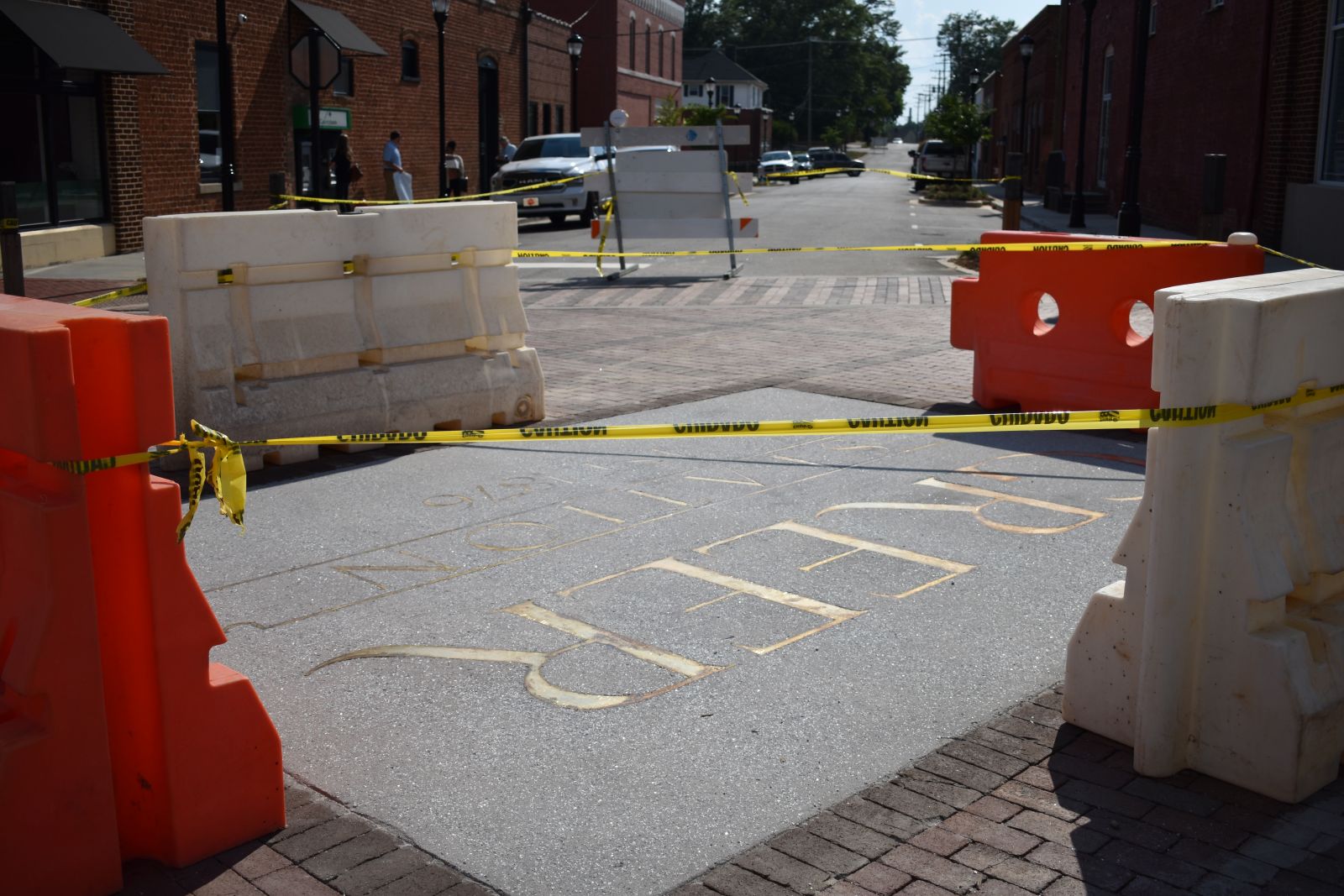 Another central figure in the CenterG project, Greater Greer Chamber of Commerce CEO David Merhib, believes that a healthy arts community — bolstered by low-rent community beside the railroad tracks — serves as a catalyst for innovation and city pride within the wider business and residential community as well. Since the unveiling of the new arts center last year, Merhib sees that residents along proposed arts district corridor street are already starting to give their lawns a little more TLC than before.

Another proposed multi-family apartment complex called Victor Park is poised to move into the site of a partially destroyed 1890 textile mill between Victor Mill and Hardin streets. The city annexed the area in August.

Danner indicated that additional venue space is Greer Station’s next frontier with the hope that it will welcome commerce from residents and “near tourists.” City Hall’s event space remains busy — several events were held inside the hall on Tuesday, June 28, despite the COVID-19 pandemic — and Danner said its success left the area ripe for similar projects as well as downtown retail and restaurant sales.

The newly renovated depot, now filled with shops, will become a new event hub once retailers’ leases run out. Across the Randall and Trade Street intersection, a building now called the Davenport, wedding and party planners will be able to take advantage of the historic ambience and centrality of the spot to Greer’s downtown restaurants and shopfronts, almost all of which are occupied, Danner said. 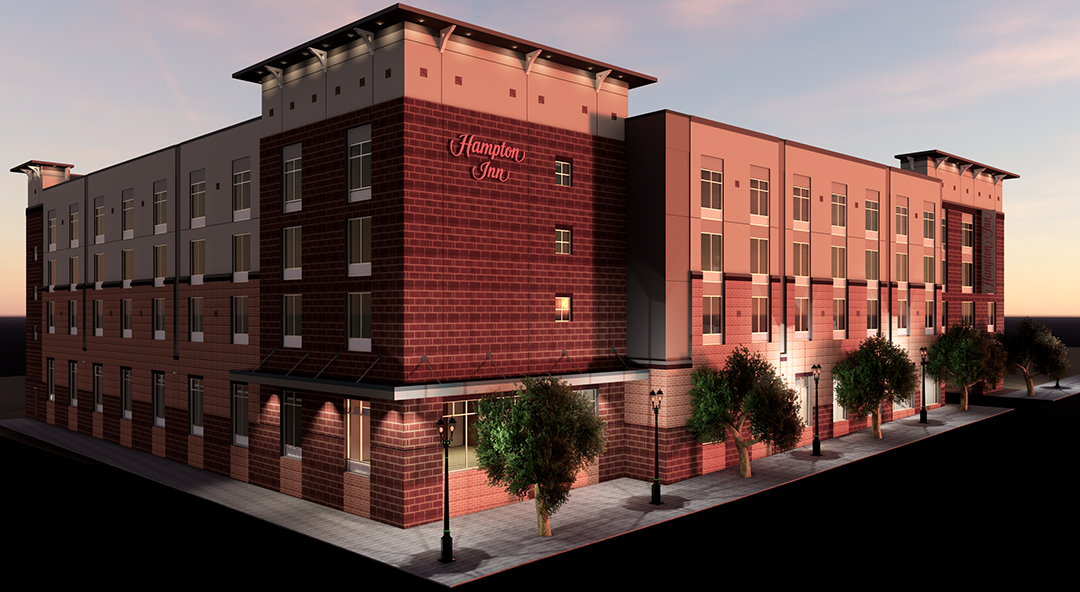 While Greer’s redevelopment plan beckons incoming business and residents in areas surrounding downtown, Danner and Merhib both emphasized the city’s commitment to retaining the town’s roots and prioritizing existing businesses, especially during the economic crunch brought on by the COVID-19 pandemic.

The CenterG project did disrupt the status quo for Greer Station’s storefront businesses, many that were forced to funnel staff and customers through back doors over the past two years, but financial incentives, electric shuttles and faithful customers helped keep Trade Street in business. The only business that went under during the process had already shown signs of bankruptcy before the project, according to Danner.

Before the launch of the project, the Greenville County Redevelopment Authority extended grants up to $5,000 matched by $5,000 from the city to help businesses mitigate losses from the project and invest in façade and rear entrance improvements. Even before the project was launched, 11 businesses applied for the grant in 2018, according to a news release. 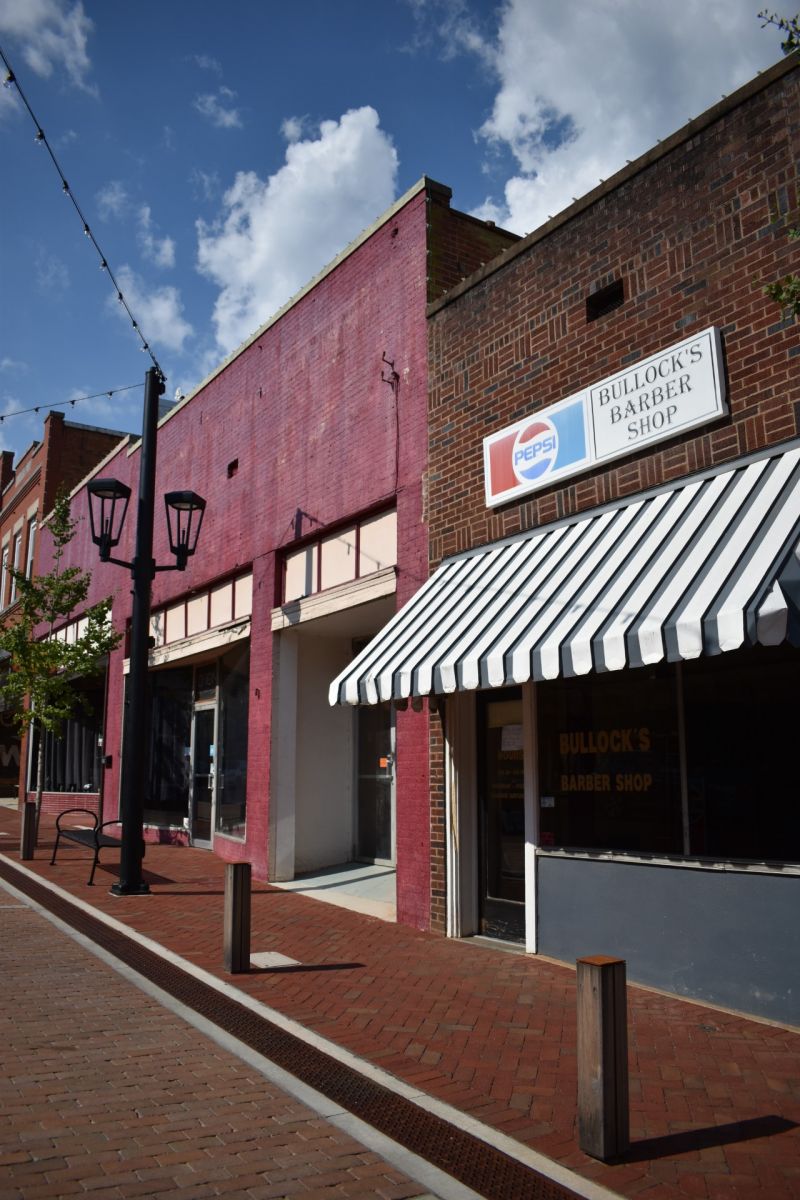 The Greer Redevelopment Corp. has also extended additional financial incentives to help make a Greer a destination known for restaurant tours and chic retail stores, according to Reno Deaton, president and CEO of GRC, the other catalyst in the CenterG project. He predicts that the 24/7 customer base from incoming residents in Project Homecoming and the Victor Park sites will play a critical role in returning the city’s investment and businesses’ patience during the past few years.

“Again, we’re really fortunate that the tools they (the city) have given us in terms of a new downtown, in terms of support for the hotel, for the new parking structure that is under construction, gives us the ability to tell a great story to the next set of investors who are looking for an opportunity to start their project in a way that really embraces the character of this downtown,” Deaton said.

This story originally appeared in the July 13, 2020, print edition of the GSA Business Report.