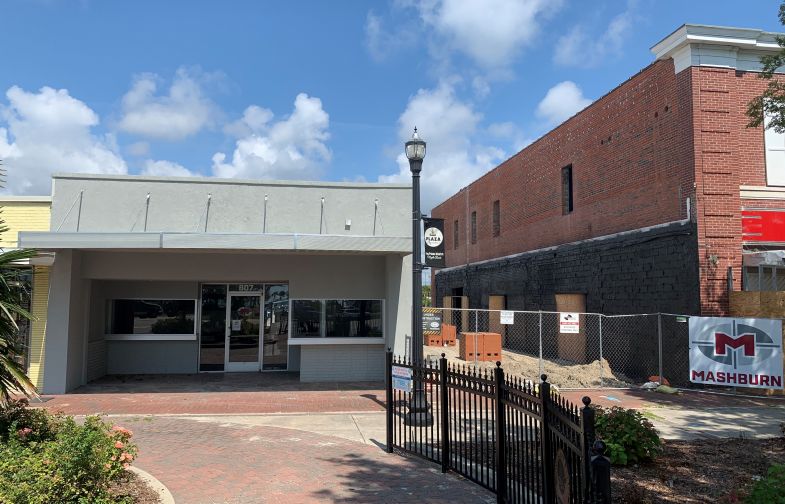 Mashburn purchased property within the district, part of a master revitalization plan, and began renovating an existing historic building earlier this year for its fourth S.C. location. The firm is working on several other projects on the block fronting Nance Plaza, including the renovation of a neighboring building for a brewery client, according to a news release.

“We wanted the new office to represent the authentic character of the community and include both modern and historic elements,” Lee Mashburn, president of Mashburn Construction, said in the release. “Mashburn has had a presence in Myrtle Beach for decades and we are proud to officially announce that our expansion is complete.”

The renovation of the 2,500-square-foot office at 807 N. Kings Highway, once home to Darden Jewelers in the 1960s, received historic tax credits. Columbia-based architect LS3P also worked on the project.

“We intend to continue to expand our footprint and project portfolio throughout the Grand Strand,” Kinard said. “Project activity is thriving right now, and we are looking forward to seeing some exciting deals become finalized soon.”