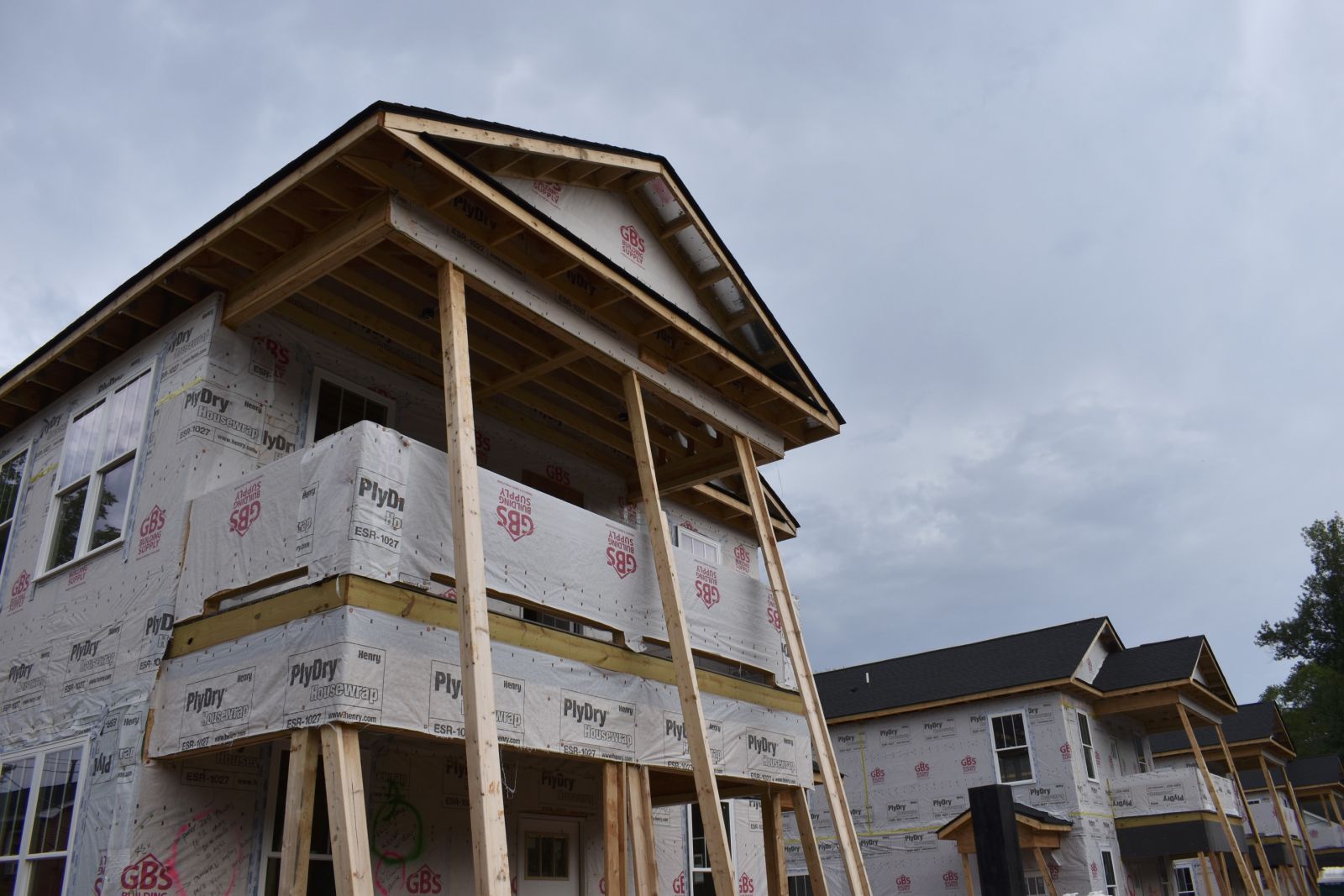 This is the third story in the series, Breaking Barriers: A Report on Affordable Housing Construction in the Upstate, and was first published in the June 28 print edition of GSA Business Report.

By June 1 of this year, those developers were expected to spend at least 10% of the funds on materials needed for their projects.

But in a market where PVC costs alone have risen by 270% since March 2020, according to an Associated General Contractors of America first-quarter report, how far that 10% will get a contractor looks quite different than it would have a year ago.

House starting costs rose by 15% to 20% year-over-year in February with a 62% increase in lumber and plywood prices. Since then, some reports posit a 280% spike in lumber prices since the beginning of the pandemic.

On top of this, affordable housing developers often have more strict — and sometimes more expensive — requirements when it comes to procuring building materials if they can expect the government subsidies or tax credits that make the development viable.

“We build to a higher standard that probably your average market rate Class B product is built under,” Brett Callaghan, director of business development and estimating of Douglas Development, told GSA Business Report. “Right now, we’re currently faced — depending on the project with the cost of wood and the lack of supply and materials — with anywhere from $25,000 to $30,000 per unit, and that’s really just taking into account the cost of lumber. We’re actually purchasing and storing materials onsite as early as the day we start construction.”

Douglas Development, originally based out of Greenville but now operating in Aynor, has developed more than 80 affordable housing multi-family complexes and more than 5,000 units since the firm’s beginnings in 1992, according to the company.

“We can go build 200 market rate apartments cheaper on the cost per door than we can build 100 low-income housing units,” Callaghan said.

To stay on track with Douglas Development’s budget and timeline, Callaghan is in the process of converting plans for wood frames in 10 multifamily developments to bones of light gauge steel. That alone would save the company up to $12,000, or $10 a square foot, he said.

Greenville contractor Rick Quinn of Quinn Satterfield Inc. said that with the price and availability of lumber, labor and just about everything in between, market rate projects inch along slower than usual. And that can sometimes ring the death knell for affordable housing developments where success often hinges upon federal, state and municipal deadlines.

“Time is money, and that makes our projects stretch out longer than they normally would, because sometimes we’re waiting four weeks on something that is completely holding the job up,” Quinn said. “A lot of times, we can find other things to do up to a point, but then, we’re just dead in the water for a minute.”

Sometimes grant providers take the current status into account. Quinn recalls one affordable housing project for a local nonprofit where he had turned in his bid in August 2019 but wasn’t able to start until months later — this time right in the middle of the surge for lumber.

Based on original plans for the eight-house project, Quinn was already $60,000 over budget. The grant provider did step in to adjust the figures with inflation in mind, which allowed him to continue working on the project.

“But you know, if you get enough of those things, suddenly, I’m giving them a check at the end instead of them giving me a check,” he said. “While there’s not much profit in those projects there, there could be 8% or maybe 10%.”

Both Callaghan and Quinn drove home that additional requirements for affordable housing — especially those determined by the Statehouse according to Quinn — often far exceed those for market-rate residential construction in the Palmetto State.

Many low-income agencies require materials, such as all LED fixtures, on the Energy Star Multifamily Checklist with additional funding provided for projects meeting the Earthcraft Energy Rating criteria like foot drains around the building, which can cost an additional $50,000, Callaghan said.

“Earthcraft has really put a damper on our cost of construction,” he said.

Kitchen Cabinet Manufacturer Association-certified cabinets required for Douglas Development’s projects are more expensive and less efficient than those he could import from Germany within a five-week period, he said, while even domestic products that are KCMA-certified can take up to 12 weeks.

“Back off on some of the requirements,” he said when asked what policies could be put in place to help enfranchise more developers to enter the market. “I know everyone wants to have energy efficient buildings, but I think that the low-income housing area has gone a little bit above and beyond the local codes, especially in North and South Carolina, predominantly South Carolina.”

Energy efficient requirements are a fair tradeoff in terms of energy costs, Quinn said, but admitted that there is a disconnect between federal and state requirements for affordable housing and actual need, especially when it comes to “new gadgets” lobbied into the state housing code.

Gadgets such as the arc vault indicator circuit — a safeguard that cuts off a circuit if a plug sparks but also, according to Quinn, keeps most appliances from functioning in the first place. Or mandatory fire sprinklers that even firemen pushing for the measure didn’t have in their own homes.

The contractor does think a provisionary lumber allowance could be useful in riding the wave of demand, but at the end of the day, there are many more durable roadblocks to the affordable housing market than the temporary spike in material prices, he said.

“The more important things in my mind are the regulatory things that are changing so rapidly and the general attitude about affordable housing in Greenville County,” he said. “Some people are on board and there are some people that don’t want it in their district.”