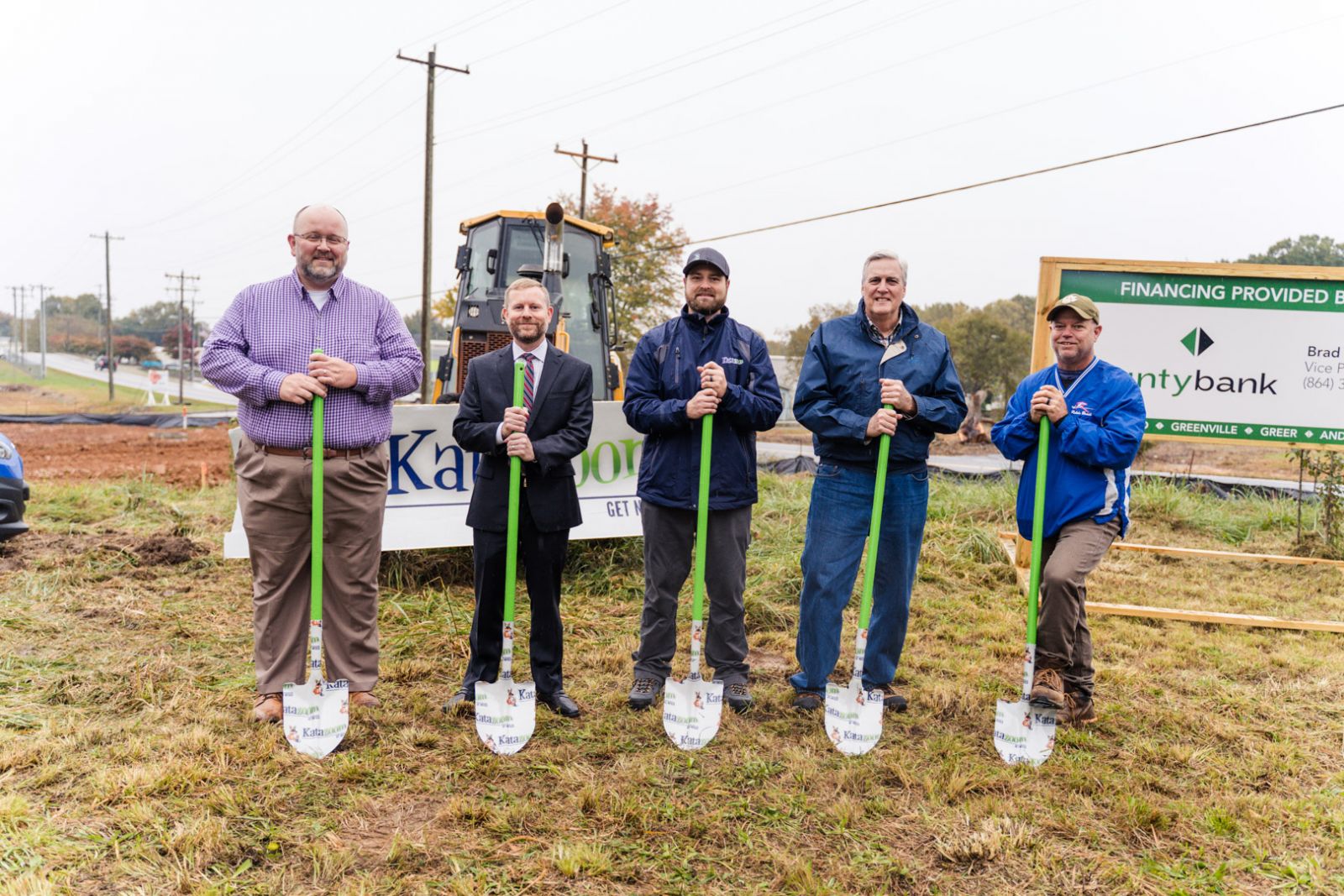 Marketing and branding company Katazoom’s goal is to help businesses get noticed through vehicle and architectural wraps, according to the firm.

And now, the company, established in 2010, is on the move itself, according to owner and President Tom Hyll.

He broke ground on Katazoom’s new building with city and CountyBank officials at 1419 S. Buncome Road at 10 a.m. on Thursday. Kevin Cushman, owner of Cushman Millen Construction, was also present for the groundbreaking.

“I chose to locate and expand my business in Greer both because of its strategic geographic location between Greenville and Spartanburg as well as its commitment to helping small businesses like ours grow,” Hyll said in a news release.

Katazoom is currently located on 115A Conway Drive in Greer.

“We appreciate small businesses like Katazoom locating and growing their business in Greer,” Greer Mayor Rick Danner said in the release. “Today’s announcement about the upcoming expansion of Katazoom will further add to the growth of businesses in the city of Greer.”