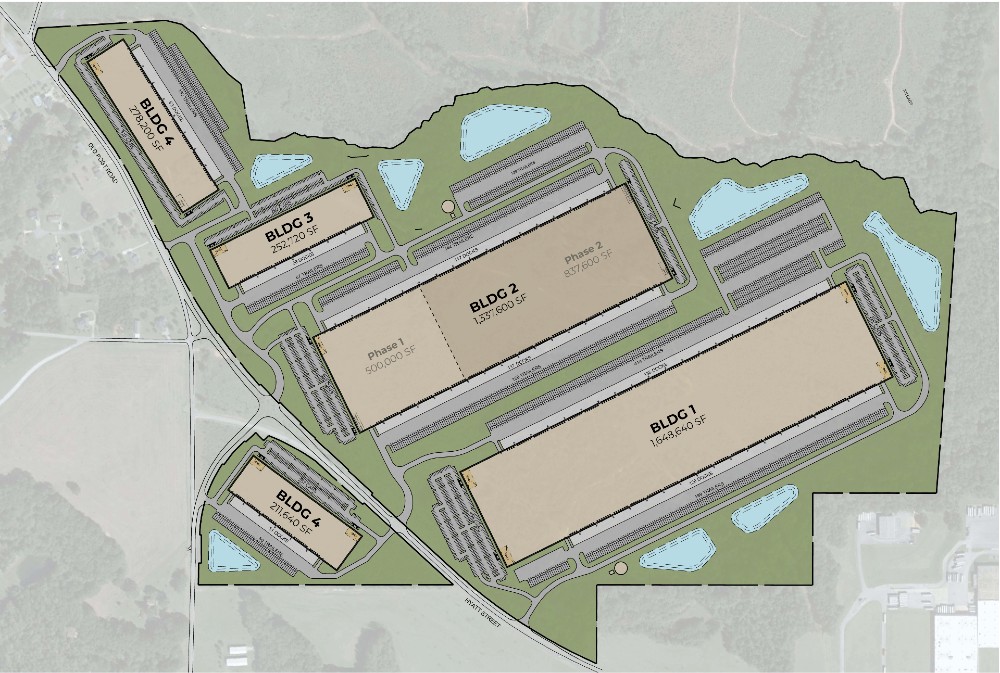 Colliers South Carolina says industrial demand is driving new development in the Upstate and expanding the boundaries of the Charlotte market, making the I-85 corridor in Cherokee County more attractive to industrial prospects and the companies that serve them.

It’s the brew that has moved a Chicago developer and its capital partner to make plans for a 290-acre tract in Gaffney, where they plan to invest $415 million in a big box development project with around 3.6 million square feet of space at Cherokee Commerce Center 85.

Glenstar and Creek Lane Capital will develop the project, according to a news release.

The developer and capital partner plan calls for construction of up to six buildings in multiple phases, the news release stated. The first two facilities at the park, 500,000-square-foot (expandable to 1.34 million square feet) Building Two and 278,200-square-foot Building Four, are expected to be under construction in January with delivery in the fourth quarter of 2023. Master planning shows potential for up to 1.7 million square feet under one roof to accommodate bulk industrial users, the release said.

Other recent industrial developments in the Cherokee corridor include DHL and Mann+Hummel’s 1.4-million-square-foot distribution center at Exit 87 and the acquisition and expansion of TTI’s 1-million-square-foot facility on Commerce Drive at Exit 96.

Cherokee Commerce Center 85’s master plan focuses on flexibility in size and configuration, with expandability options to meet specific tenant needs, the release stated. The location offers future tenants access to Charlotte, the Inland Port in Greer, two international airports and BMW’s Plant Spartanburg within a 50-mile radius and is an attractive distribution corridor due to the ability to reach 100 million consumers within a one-day truck drive.

“There is no question that Cherokee County is the new frontier for industrial development in 2022,” Cherokee County Administrator Steve Bratton said in the release. “Ample space to accommodate big-box industrial requirements and many of the same locational benefits for distribution as nearby Charlotte or Spartanburg make this a highly desirable submarket for distribution purposes. The availability of land and attractive labor dynamics show untapped potential that will certainly open up new opportunities for investment in coming years.”

The Colliers industrial brokerage team of Garrett Scott, John Montgomery, Brockton Hall and Dillon Swayngim has been selected to handle leasing for the park. The team will market the property as an opportunity for industrial users looking for Class A+ space with access to the interstate along with favorable state and local incentives and healthy workforce dynamics, the release stated.