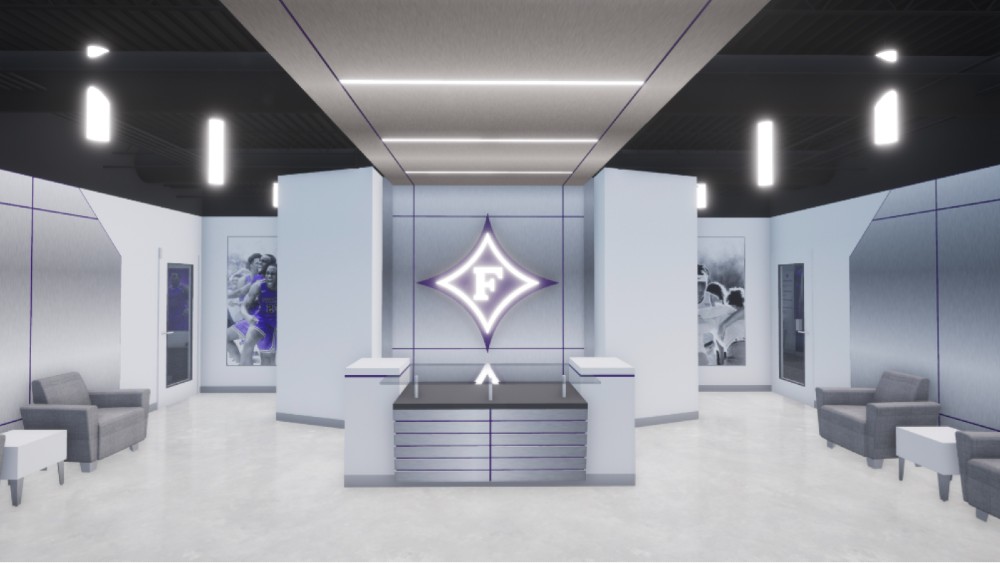 Businessman and philanthropist Ravenel B. Curry III has pledged $10 million to Furman University for renovations to Timmons Arena, home to the Paladins’ men’s and women’s basketball programs.

The gift is the largest in Furman Athletics history and will be the cornerstone of a $40 million project, funded primarily by donations, to make Timmons a premier venue among mid-major universities in the nation, the university said in a news release.

“Investing in major renovations of Timmons Arena is a wonderful opportunity to invest in our student athletes and the overall Furman student experience,” Curry said in the news release. “The plans presented by Vice President of Athletics Jason Donnelly and President Elizabeth Davis will enhance our home court advantage, but more importantly they will improve our competitiveness off the court for talent.”

Curry is a 1963 graduate of Furman and founder, CEO and co-chief investment officer of Eagle Capital Management in New York.

The 100,000-square-foot Timmons Arena opened on Furman’s campus in 1997 with 3,500 seats for basketball. The first phase of renovations began in September 2021 with coaches’ offices, locker rooms and film rooms. Subsequent phases will include the addition of donor suites; improved student experience; enhanced food, beverage and merchandise concession areas; upgrades to the entrance and exterior; and changes to the court and seating area, the release stated. A timeline for completing the project will depend on raising the balance of the $40 million total, but Donnelly said more than half of that total has been reached. Furman has partnered with Ken Betsch of Betsch and Associates for architectural design and with Harper General Contractors for construction management.

“Paladin basketball teams are competitive, dynamic and fun to watch, thanks to coaches Jackie Carson and Bob Richey and their staffs, and to our amazing student athletes,” President Davis said in the release. “This very generous pledge by Ravenel Curry will help us take basketball to the next level. It will greatly enrich experiences for our students and our fans in the Greenville area. When renovations are complete, Timmons Arena will be a college basketball showplace.”

The renovations will immediately help recruit and retain top talent, Donnelly said. “Improving and expanding the spaces in which all off-the-court activities occur is a critical need in order to elevate the competitive success of Furman basketball,” he said in the release.

Donnelly the men’s and women’s basketball teams and coaching staffs have been integral to providing creative direction and design for the spaces.

“Their input and expertise have been critical as we have considered recruiting, retention, player development, competitiveness and gender equity for the renovation,” he said in the release.

Curry’s gift, and others that will fund the project, also represents Furman Athletics’ shift to being funded by sports revenue and philanthropy, Donnelly said in the release.

Curry, a native of Greenwood launched Eagle with his late wife, Beth Rivers Curry, in 1988. The company is now a $25 billion investment firm, the release said. He and his wife, Jane Moss, continue to support causes through the Beth and Ravenel Curry Foundation. His $10 million gift makes Curry one of the university’s largest living donors and the largest single donor to Furman Athletics. In 2004, a $1 million gift from their foundation greatly enhanced the Chinese studies program, including study away in China, which remains one of the most popular study away programs at Furman.

Curry is a former member of Furman’s board of trustees, former chair of the investment committee and former president of the alumni board. He also serves as a trustee of The Duke Endowment, the American Enterprise Institute, the Manhattan Institute and the Genetics Endowment of South Carolina, and as a member of the Council on Foreign Relations.

“Ravenel has repeatedly stepped forward as a leader for Furman University, and he has done so again with this gift,” Davis said in the release. “We are fortunate to have as our alumnus not only one of the nation’s leading investment professionals, but someone who is continually willing to help us develop world-class programs and facilities. The entire Furman community and I are grateful for his generosity.”