MARKETING: Believe it or not, a political ad you can learn from

Everyone hates election season. But I’m not sure anyone hates it more than advertising creatives. In addition to the usual indignities that put most all of us off our respective lunches, political campaigns subject the ad professional to a host of more specific crimes. They inflate the price of media. They stoke public cynicism to a point that it can carry over onto even the most ideologically neutral brands. And then there’s the simple fact that political ads are, as a rule, terrible. 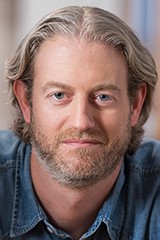 Grating, unimaginative, and insulting to nearly everyone’s intelligence, most campaign commercials defy all principles of creativity. They shout. They pander. They lie. They take shortcuts no self-respecting brand would dream of because, unlike brands, they have only short-term objectives and media war chests large enough to bludgeon audiences rather than doing the conceptual work of winning them over honestly. And we all get dumber in the process.

That’s why my vote for Biggest October Surprise goes to the fact that a senate candidate in Missouri has made one of the best spots, political or otherwise, I’ve seen all year.

Easy now. Rest assured, I have no interest in your opinions on gun control. Nor does this piece have any intention of advocating for either side of that complex issue. As proof, I need only confess my own convoluted stance — one that I’m sure both camps would find equally contemptible. On the one hand, I own a handful of rifles and shotguns for sporting use and a handgun for home defense. On the other, I’d sooner join the Church of Scientology than the NRA and see no reason why a civilian such as myself should be able to possess the type of militaristic weapon that Kander poses with in his ad.

None of that is particularly relevant. But hopefully it ushered the ideological elephants out of the room so that we can get to the real point. What Kander’s ad can teach us has nothing to do with its content and everything to do with its execution.

Kander felt that an opponent had mischaracterized his relationship to firearms simply because he supports background checks. But rather than counter with the usual hallmarks of the category (blood-and-thunder voiceover, overwrought imagery), Kander fights back in a calm, confident voice. He speaks straight to the camera, albeit with one unique twist: He faces the lens through a blindfold while expertly assembling a rifle like the one he carried as an Army lieutenant in Afghanistan.

The performance is at once understated and unforgettable. His words are simple, finely sharpened nails. His action, a hammer that echoes long after the thirty second mark.

The takeaway for marketers illustrates what good creative directors have preached for decades. Kander didn’t tell viewers who he was and where he stood. He showed them.

Ad Yoda Luke Sullivan likens this distinction to the advice of Miss Manners who famously noted, "It is far more impressive when others discover your good qualities without your help."

Where Kander’s good qualities begin and end is not for me to say. I don’t know anything about Missouri politics. I don’t know if he should be in the Senate. I don’t know if he’s a good guy or just a good actor. But I do know I’ll be thinking about the standard his commercial set for every project our creative department works on in the near future.

Next time a communication opportunity arises for your business, (be it on TV, the web or social media feed), remember Kander. Push yourself and your team beyond the single dimension of telling and into the impactful territory of showing.

After all, customers vote with their dollars. And no business can afford to leave them undecided.