Going to the limit for a cheap tattoo 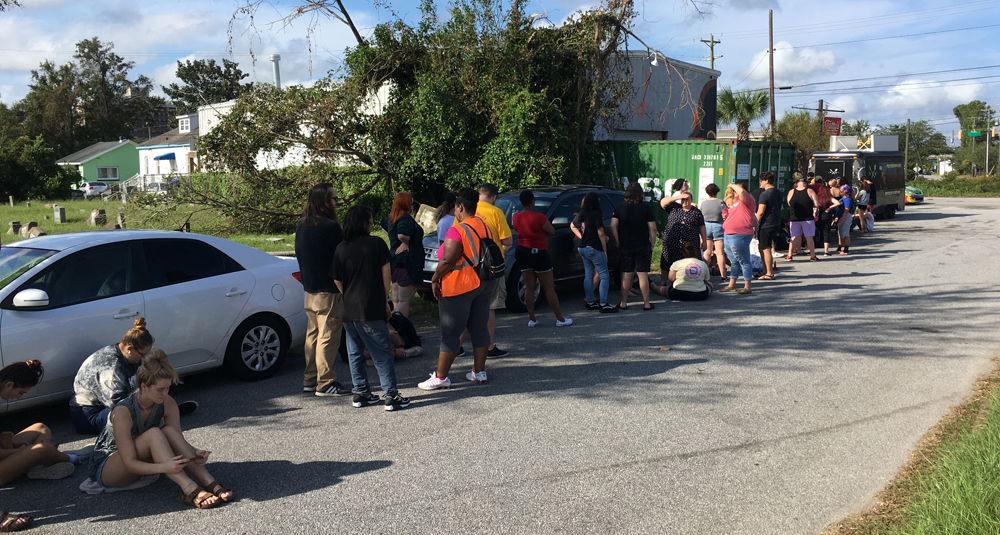 It was 9:36 a.m. on Friday, Sept. 13, and I was standing in line with a couple hundred people off Upper Meeting Street, waiting to get tattooed.

I have three rules when it comes to tattoos:

And yet, here I am, hours away from getting a tattoo with only a vague idea of what will be etched on my skin.

It’s a tradition in the tattoo industry to offer $13 tattoos on any Friday the 13th, and Blu Gorilla tattoo is one of the Charleston establishments that upholds said tradition. Custom tattoos are not allowed — customers choose from a “flash sheet,” a set of designs pre-selected by the tattoo parlor, in order to expedite the process.

When I got my first tattoo five years ago — the chemical symbol for serotonin on my upper right forearm — I spent months thinking about it, talking about it, making sure it was the right decision. I even printed out a version of the tattoo design and taped it to my arm to make sure I liked it. Tattoos are permanent, after all, and I needed to make sure I would be happy with it forever. 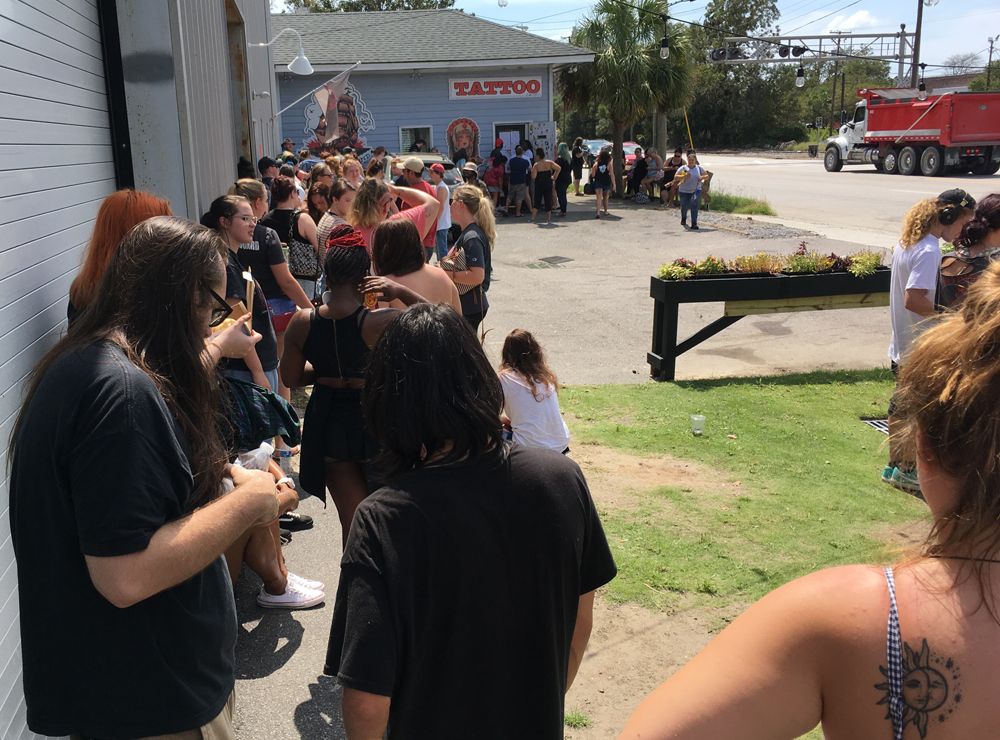 As I stood in line for the first hour, and then the second, the line crept slowly along, winding up Lemon Street toward Fatty’s Beer Works. I had expected to wait for three or four hours, so when I reached the shade alongside Fatty’s facility around noon, I figured we were right on schedule. Get tattooed by 1 p.m., 2 p.m. at the latest, go home to wrap up some work before the weekend, and have a great story to tell.

But then the line slowed down. The pace we had kept for the first two hours would not continue, it appeared. And worse, people were getting hungry. A food truck sat next to Fatty’s, shuttered tight, and though a rumor had swept the line that it would be opened by 11 a.m., no chef was in sight.

Luckily, many of my line-waiting compatriots had the bright idea to order food to be delivered from area restaurants. People were fed! Spirits improved! And news came from the front (of the line) that in front of Fatty’s, the line to Blu Gorilla was single-file, which meant it would move quickly (behind Fatty’s, we were clumped into huddles in the shade).

I was optimistic, so I ordered no food. I could hold out for two more hours, I thought. Plus, the front of Fatty’s was shaded, so we would be able to spread out more while we waited.

But time was not on my side, for as I rounded the corner at about 1 p.m., the sun had moved to shine directly on Fatty’s. A beautiful sunset view, I was sure, but not very pleasant to stand in for hours.

I could feel my face becoming increasingly sunburnt. I tried to make conversation with those around me, but the sun was draining my energy. I asked a gentleman to hold my spot in line while I went to the bathroom. I didn’t have to go — I just needed to get out of the sun.

Fatty’s had been providing us with water, but by 3 p.m., the cup supply had run dry. Morale was low. People were questioning whether a $13 tattoo was worth all this.

When it became clear that the line was just not moving, people began to give up and leave. I was optimistic that this flight would improve my wait time, but I wasn’t sure how much longer I could make it. I needed water. I was losing my sense of time. I hadn’t eaten since breakfast.

And so, at 3:25 p.m., I made the decision: No tattoo, no story was worth waiting any longer. It had been six hours. I couldn’t take a minute more.