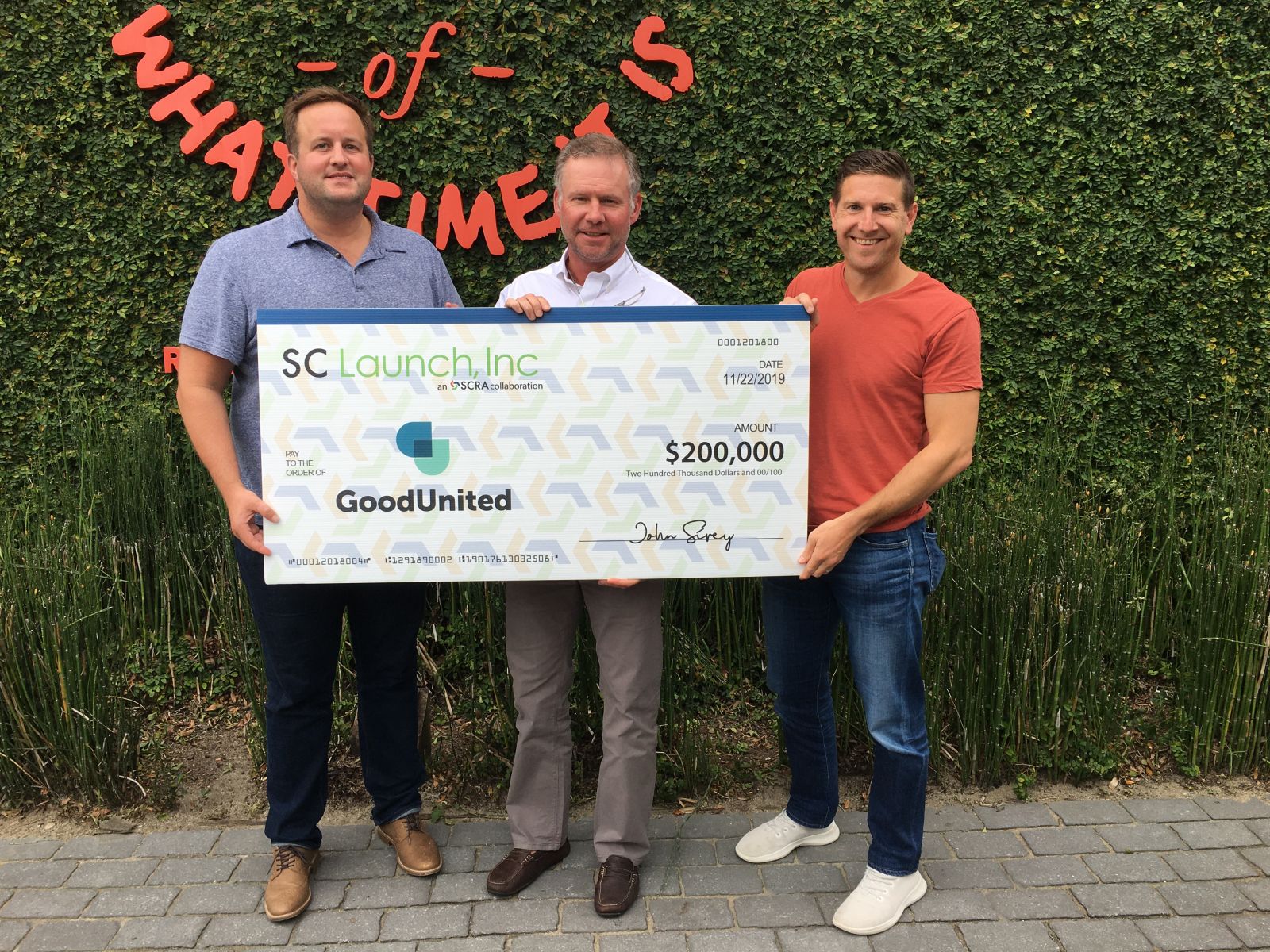 SC Launch, an affiliate of SCRA, has invested $200,000 in a Charleston marketing company that helps connect fundraisers and donors to nonprofits on social media, SCRA said in a news release.

Established in 2015, GoodUnited has helped clients raise more than $500 million through Facebook messenger and Instagram threads, among other social networks. Its current 50-enterprise client base includes large nonprofits such as The Susan G. Komen Foundation, Make-A-Wish, and Wounded Warriors Project.

Nick Black, the organization’s CEO and co-founder along with Jeremy Berman, said the company closed a $1.9 million round of financing Dec. 31.

“From the first time we reviewed GoodUnited’s application information and heard their pitch, we knew this was a company that had positioned itself for growth,” Derek Willis, SCRA investment manager, said in the news release. “Their mission of helping nonprofits is a worthy one, and the innovative technologies they’ve developed to make this happen are impressive. The amount of funds they have raised for their clients is truly amazing.”

Black and Berman established the company after meeting in graduate school at University of North Carolina. As a retired Army Ranger with combat experience in Afghanistan and founder of his own nonprofit, Stop Soldier Suicide, Black said he understood first-hand the challenges of owning and growing an organization.

Together he and Berman believed they could harness technology to enhance the work nonprofits do, creating a game-changer for the sector.

“We first got together about donor retention. Nine out of 10 donors don’t come back after the first gift, and it’s a hard business if you’re always chasing new donors and can’t cultivate the people you have,” Black said.

Berman, who is president of GoodUnited, is involved in the Charleston startup community, and helped the company acquire several grants, including the recent money from SC Launch. Black said the funds will be used to build a larger team at its Charleston headquarters in the SIB building on Meeting Street, to invest in the people and community.

“I continue to be impressed by this company. Derek and the SC Launch team have formed a productive partnership with GoodUnited, and we are looking forward to their continued growth in the nonprofit fundraising arena,” said Bob Quinn, SCRA executive director.