On the Menu: Upstate brand spotlighted on Food Network 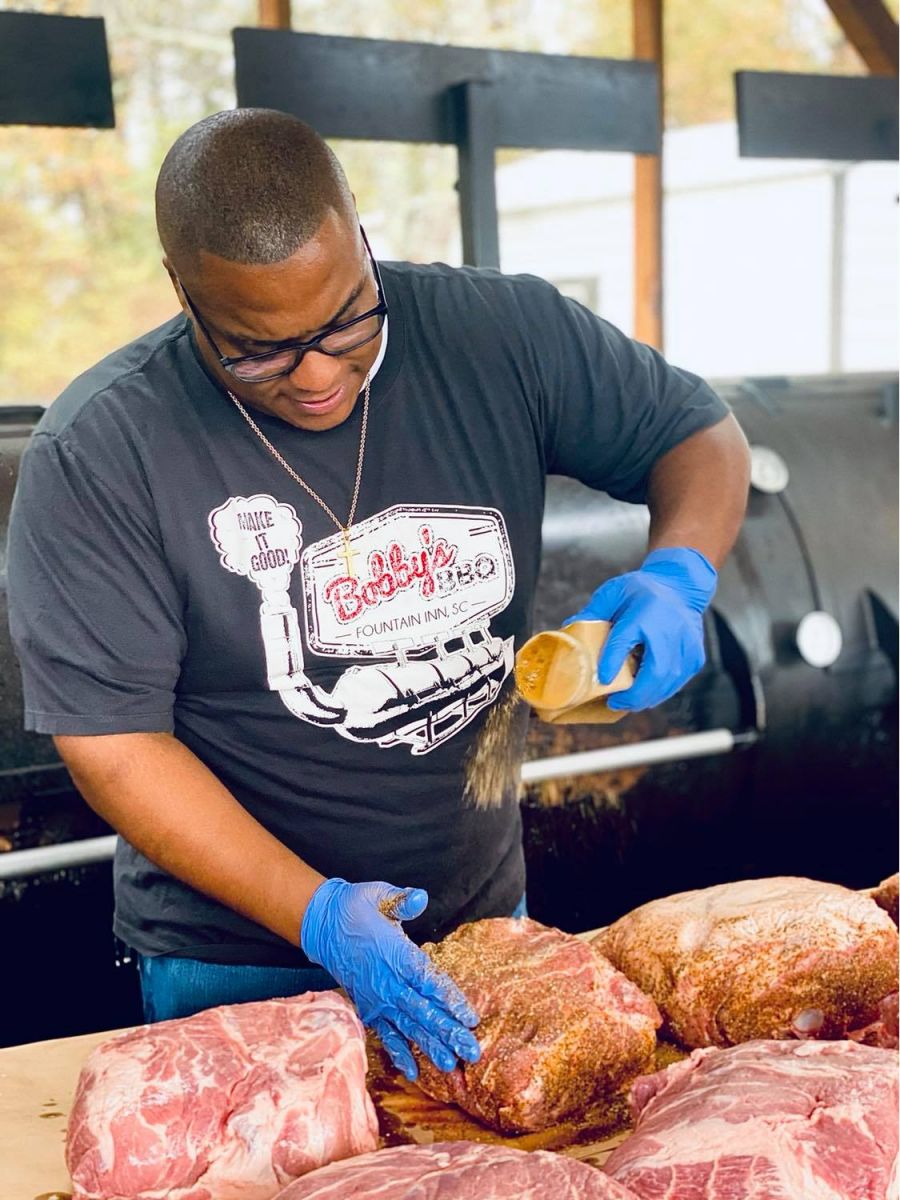 Bobby's All-Purpose Seasoning, the house dry rub from the husband-and-wife team behind Bobby's BBQ in Fountain Inn, was featured in a Food Network roundup of Black-owned food brands earlier this June.

In the feature, owner Tay Nelson spoke about his favorite dish to serve and eat for his family's Juneteenth celebrations: collard greens.

“My wife didn't grow up eating them, so it's a special day that we make them together, and I get my special treat of fresh greens seasoned simply with oil and Bobby's All-Purpose Seasoning,” Nelson told food Network, according to a news release. “If you want to make it extra yummy, throw some bacon or pulled pork in there too.”

This is not the first time the Fountain Inn barbecue joint has been in the national spotlight.

In January, Nelson and his wife Sarah shared how they learned to cook the hog from Youtube videos on the Tamron Hall Show, following a mini-documentary filmed by YouTube about the duo the previous January as part of its “United States of YouTube,” according to a news release