The newest assault vehicles being produced by Science Applications International Corp. in Hanahan were designed with one main goal in mind — to increase the survivability of the Marines inside of them.

The Marine Corps has been using the previous model of the amphibious assault vehicles since the 1970s to bring squads ashore in conflict zones. The vehicles are made for use in land and water. 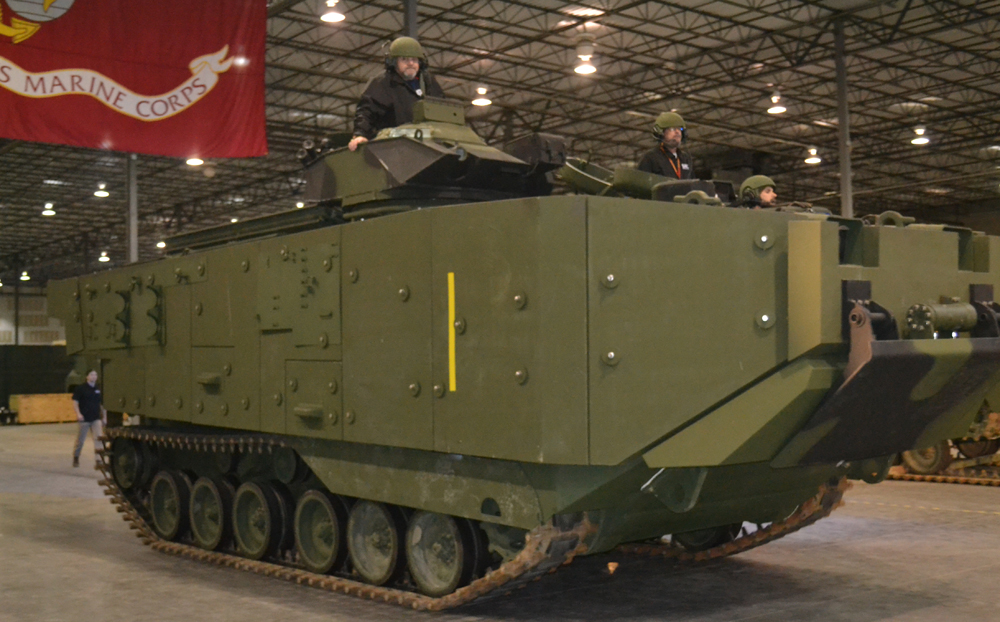 But the use of improvised explosive devices in the U.S. wars in Iraq and Afghanistan in the 2000s revealed vulnerabilities in the vehicles’ undercarriage and necessitated an upgrade, according to SAIC and Marine officials during a news conference Thursday.

The Marines searched for a company to upgrade the vehicles. SAIC, a McLean, Va.-based defense contractor with 1,500 employees in the Lowcountry, landed the $194 million contract last year to design and manufacture 10 prototype vehicles. If testing of those vehicles passes, SAIC will build 52 vehicles over five years.

Officials from SAIC and the Marines celebrated the unveiling of the first amphibious assault vehicles with the survivability upgrades last week at SAIC’s integration facility off Magi Road in Hanahan.

Half of the vehicles are currently in Hanahan undergoing rebuilds; half will be shipped there soon. These initial 10 vehicles are scheduled to be completed by April 30.

The existing vehicles are stripped to their bones by Lansing, Mich.-based Demmer Corp. and then shipped to SAIC’s Hanahan facility, where workers integrate parts from 10 subcontractors to upgrade the vehicles in about 150,000 square feet of space. 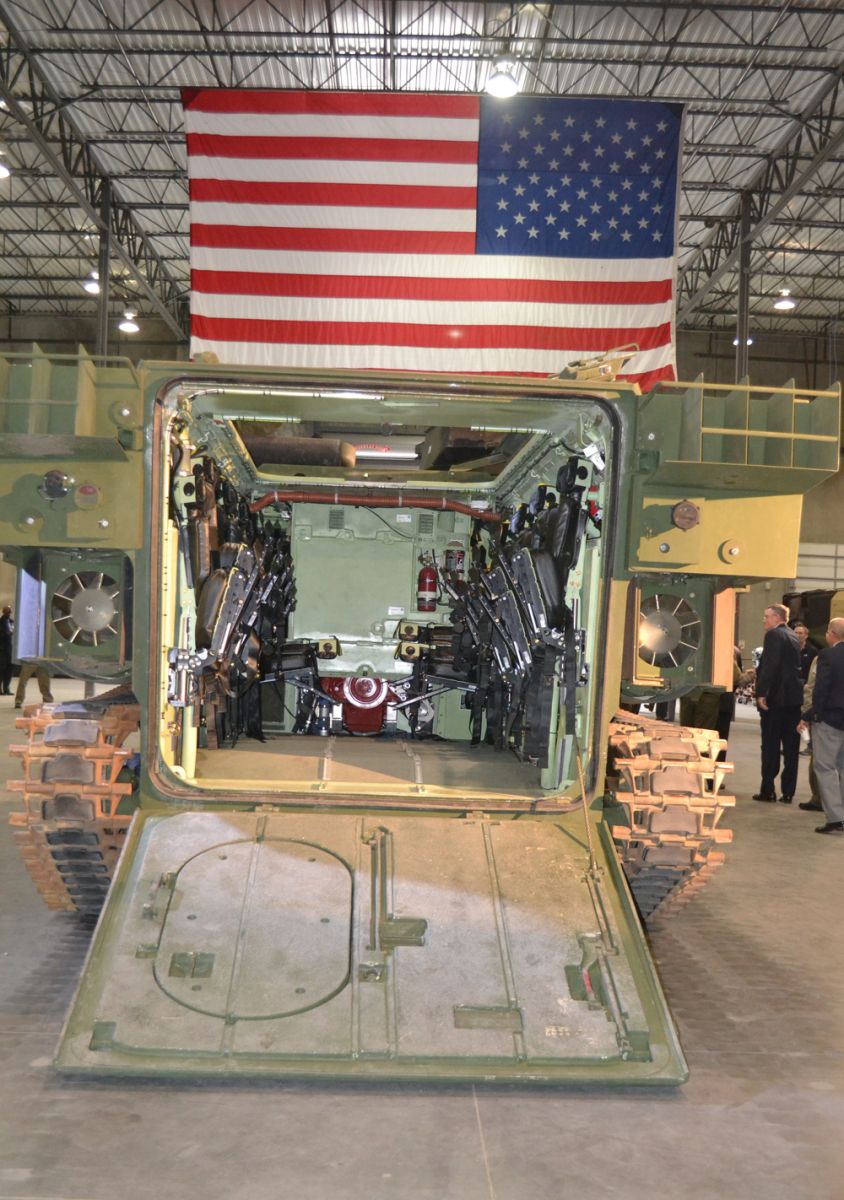 The newer model can carry 21 Marines and three crew members, up from 21 total in the earlier models. The underbelly of the vehicle has been fortified with additional armor to protect against IEDs, and the sides received external ceramic armor to improve buoyancy and protect against blasts, Marine Maj. Paul Rivera said.

Additionally, the old water jets used to flush water from the vehicles are being replaced with jets designed to improve the vehicle’s water mobility and thrust.

The vehicles’ suspension, transmissions and shocks were also replaced to improve ride quality and reduce vehicle weight. The upgraded versions are equipped with two electric engines and two hydraulics engines in case of failure. The vehicle’s maximum land and water speeds are about 43 mph and 9 mph, respectively.

The current prototype work is part of the initial engineering, manufacturing and development phase. The vehicles will undergo eight months of testing by the Marines before more are produced.

If all options are exercised and the contract goes to full rate production, SAIC could retrofit 406 vehicles valued at an additional estimated $648 million. That decision is expected in 2018. The vehicles are designed for use through 2035.