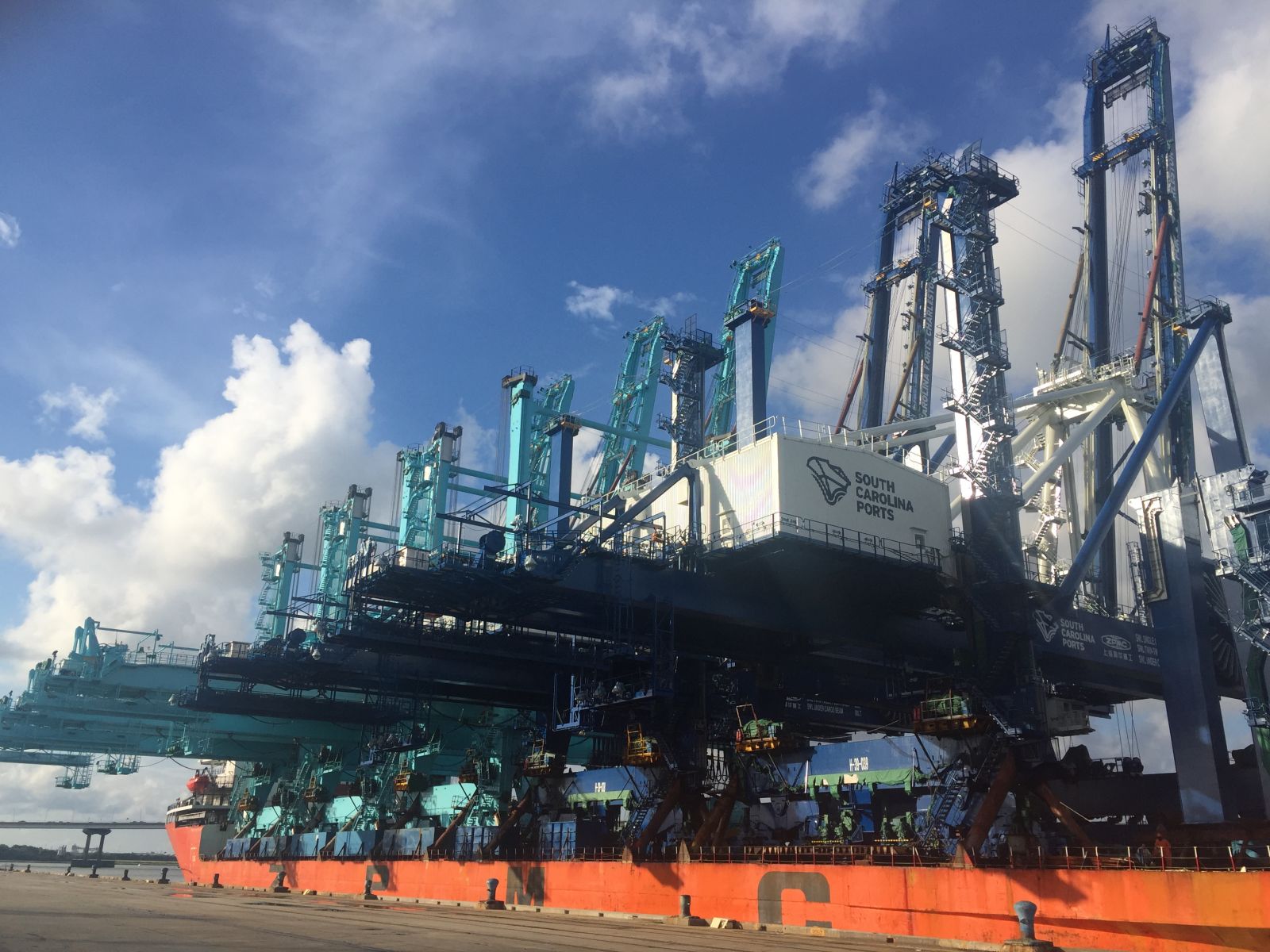 The Port of Charleston continues to see strong growth from refrigerated cargo and automotive sectors amid a sluggish world economy.

S.C. State Ports Authority President and CEO Jim Newsome said the increases in loaded import and export containers in July — up 7% and 3.5%, respectively, from the same time a year ago — are a good sign. But he said empty containers coming in and out of the port continue to lag — down 14% from July 2015.

“It’s still a pretty tepid world economy right now, but there are some good signs,” Newsome said at the August board meeting. “The emerging markets are showing a little renewed buying power. Automotive continues strong. The world continues strong by all estimations. Refrigerated cargo is running strong.”

Fiscal year 2017 kicked off last month with a record for pier container volumes, which account for the number of boxes that come through the port, regardless of size. The port handled 100,366 boxes at its marine terminals in July, exceeding the previous July 2005 record of 99,972 pier containers.

For TEUs — a common industry measurement representing a 20-foot equivalent of a shipping container — the port handled around 177,000 in July, up 1.2% from a year ago.

The board approved a $1.25 million contract to Netherlands-based CB&I for design consulting services for two new massive cranes heading for the port next year.

Shanghai Zhenhua Heavy Industry Co. Ltd., known as ZPMC, will deliver the 155-foot-tall cranes to the Wando Welch Terminal when improvements are completed there at the end of 2017.

CB&I will be responsible for preparing procurement documents, providing inspection services and overseeing delivery of the cranes, according to board documents.

The first two 155-foot-tall cranes from ZPMC recently arrived at the Wando terminal from China.

The Wando terminal will eventually have eight cranes with 155-foot lift off the ground — four cranes from ZPMC and four existing cranes, which will be raised by cutting the crane legs and adding 40-foot sections.

The board also approved the purchase of seven crane spreader bars for $1.17 million from Stockholm-based Bromma. Spreader bars act as the hands for dockside cranes, enabling the cranes to lift containers on and off ships. The new bars will replace existing ones, which are between eight and 13 years old.

“The Port closed the FY2016 books with solid financials, reflecting our commitment to achieving the necessary performance to support our aggressive capital investment plan,” Board chairman Pat McKinney said in a news release.